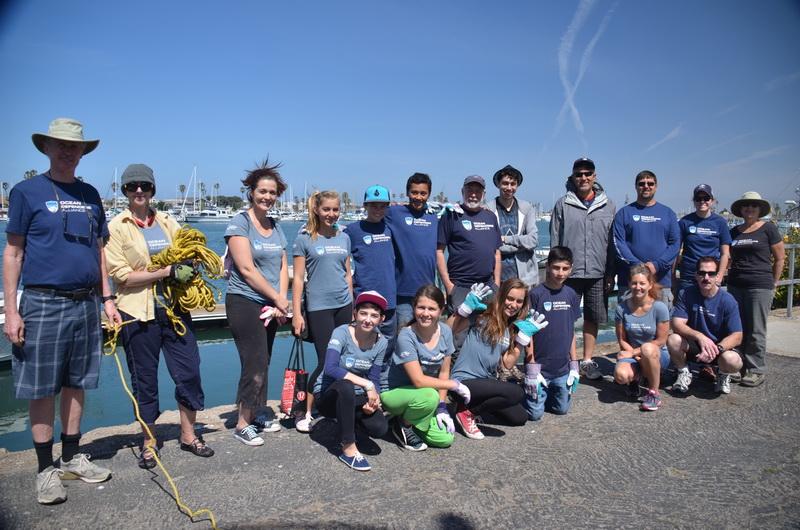 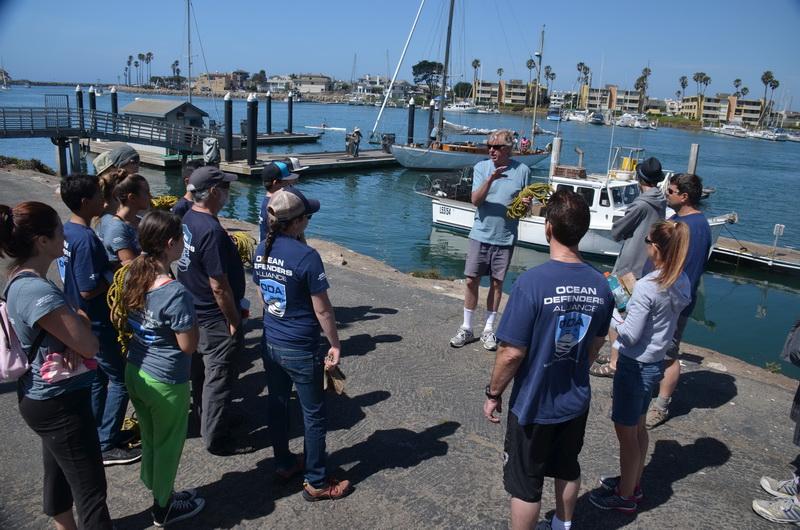 Thanks to Tim, a teacher at  Marymount School, in Santa Barbara, we had a GREAT turnout of students and parents.   This dock crew was made up of: Brian Borgatello, Bennett Burnes, Sophiana Ciani, Cynthia Copeland, Vickie and Alani Gonzolez, Elizabeth Heimlich, Parker Matthews, Caleb and Herman Padilla, Lanea Pearson, Rich Toyon, and Sofie Ziouani. 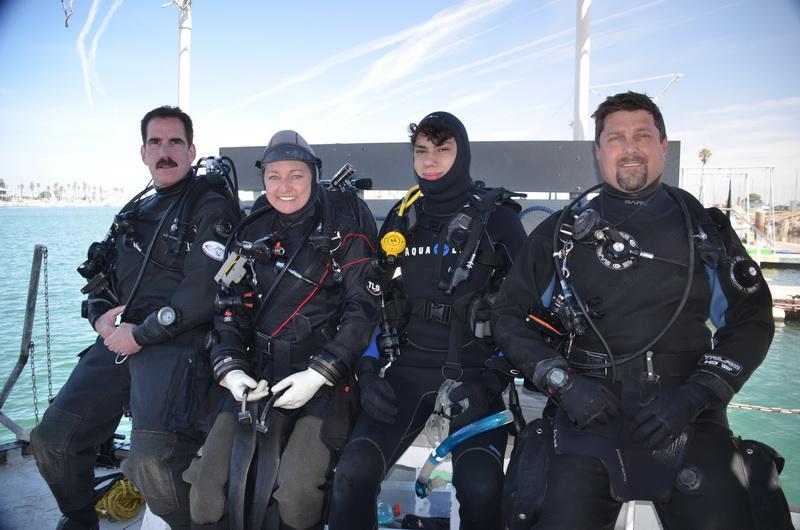 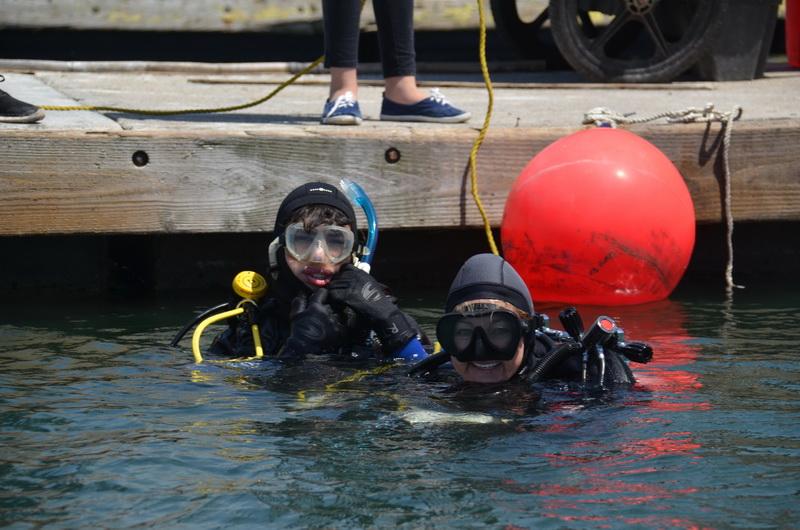 As soon as divers Kevin, Jeff, Kim, and Zane dropped down into the murky waters, they found a plethora of debris that the kids and adults started hauling up.  That continued for over two hours!  Big stuff, little stuff, and a lot in between. 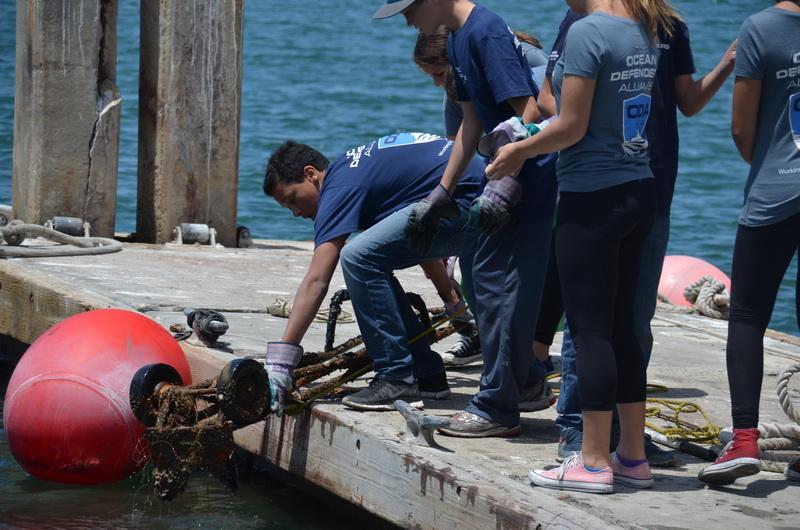 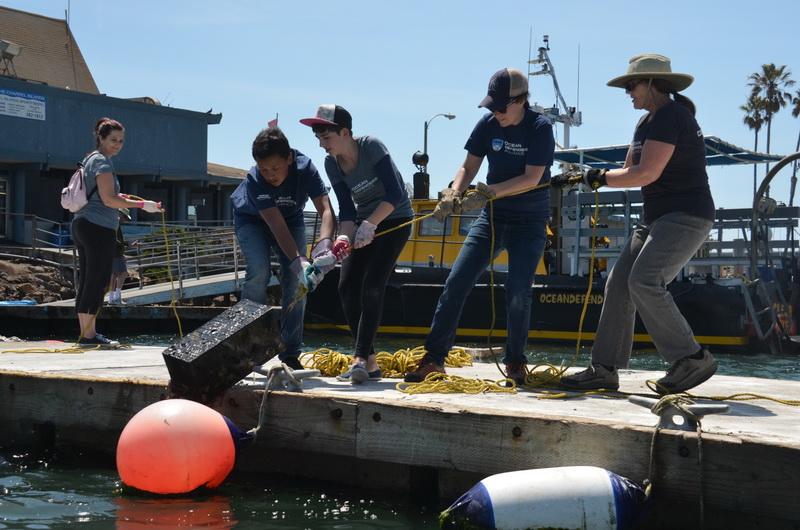 Too much stuff to mention here, but a short list would include: 4 batteries (at least 100 lbs each), two water pumps, electric fan, rubber hoses, two hand carts, a HUGE plastic tub (5 ft. x 7 ft. x 2 ft), an old SLR camera, and last but certainly NOT least, a 5-foot section of a pier piling that had to weigh 300 lbs.  In all, I estimate it totaled 1,300 pounds!
It felt great to get all that junk out of the ocean.  The kids had a good time, and got to see some cool critters up close and personal, like a foot-long fish, lots of sea stars, and four octopi. 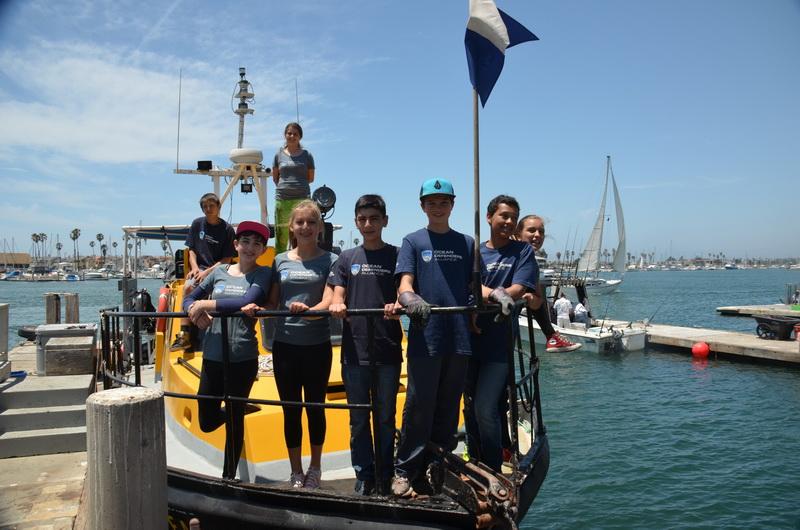 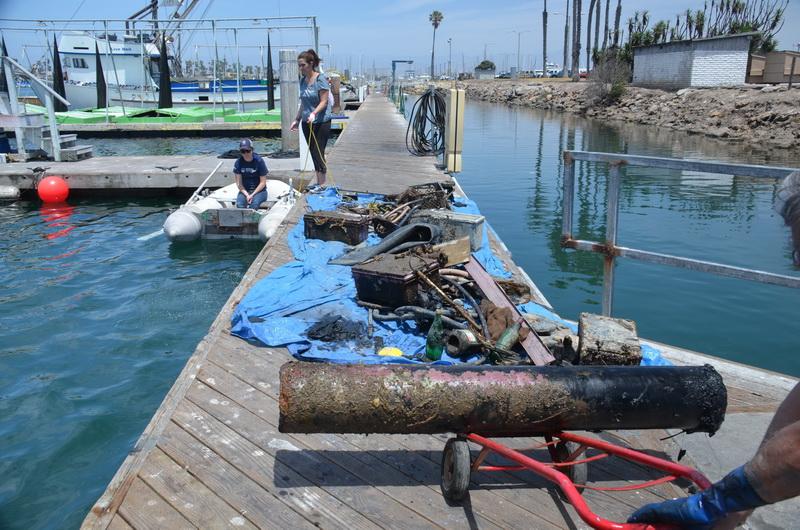 I am just thrilled that these young people are willing to give up their Saturday, get dirty, and learn that it feels good to do volunteer work.  ODA's hat is off to each one of you!

Be sure to check out all the fun pictures in our slide show!