A Valentine’s Gift to Oahu’s Turtles and Fish

Our volunteer divers in Hawai’i decided to spend their Valentine’s day, showing how much they love Mother Ocean.

On Sunday, February 14th, our Underwater Photographer and Outreach Coordinator Ken Staples and Oahu Dive Team Coordinator Glenn Roberts rounded up 11 divers to take the plunge and do an underwater cleanup of our favorite site on Oahu: China Walls! 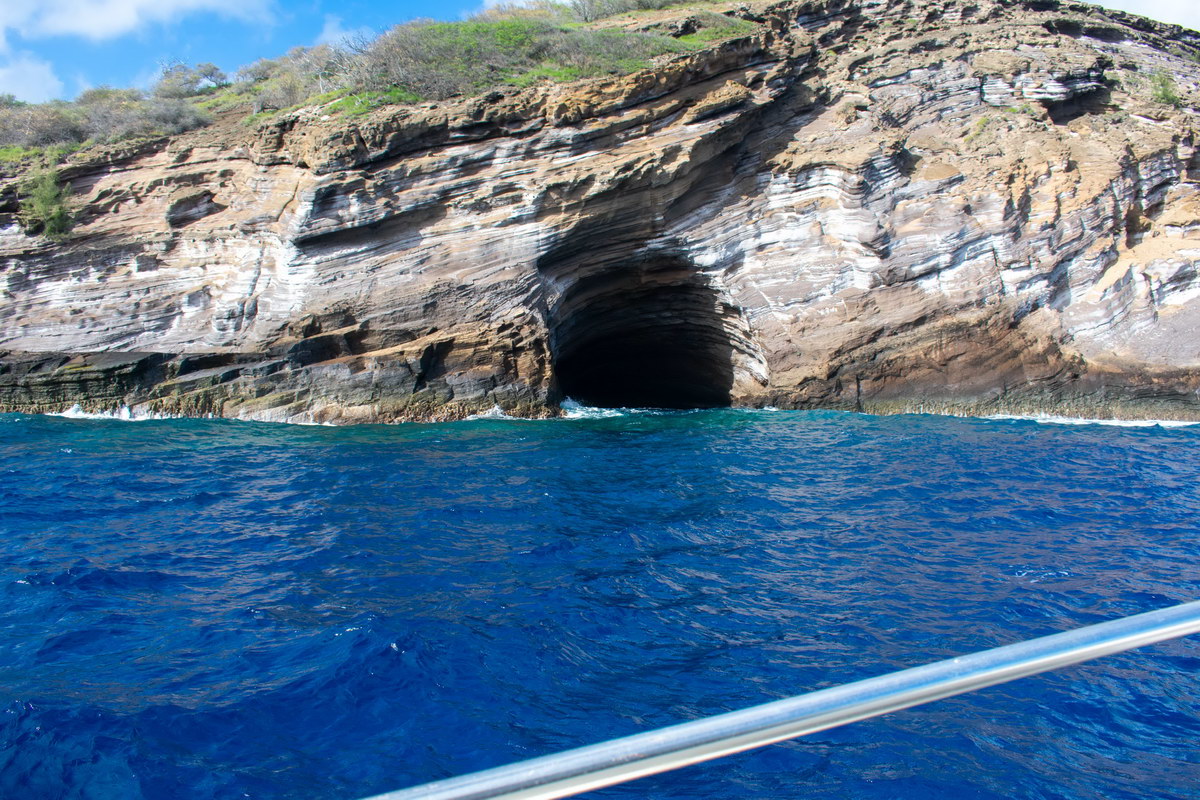 As you know by now, we’ve been doing cleanups of this site for four years, and the debris just keeps coming.  But so, too, do the animals that frequent this reef.  Just think if we hadn’t removed the tens of thousands of feet of fishing line and two tons of lead weights! It would be a toxic jungle down there for sure. 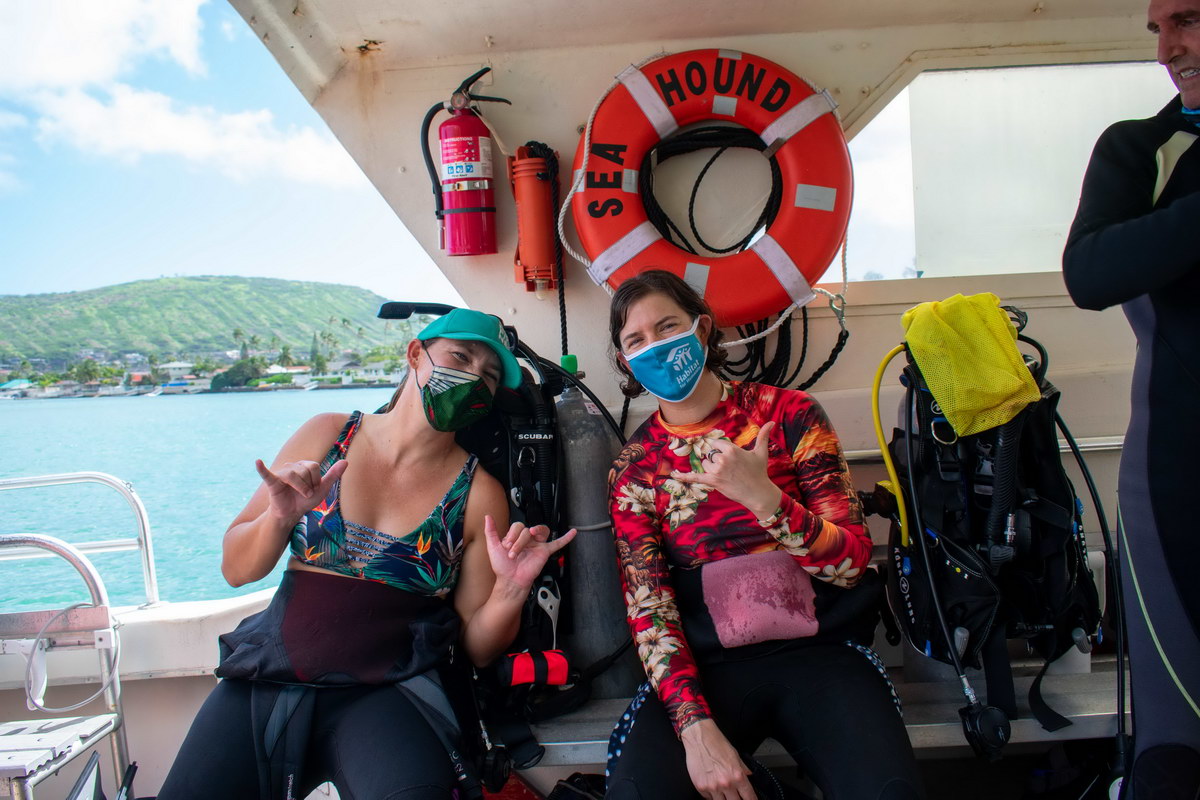 Also onboard was Cindy Staples, who was out to take these great pictures for us, as well as spending the day with her favorite Valentine: Ken! 💗

The seas were pleasant on the short ride out to the dive site, and the weather was perfect. As with every outing, the divers got a briefing from both our partner Island Divers Hawaii's Dive Master Kevin Wong and our own Glenn Roberts. 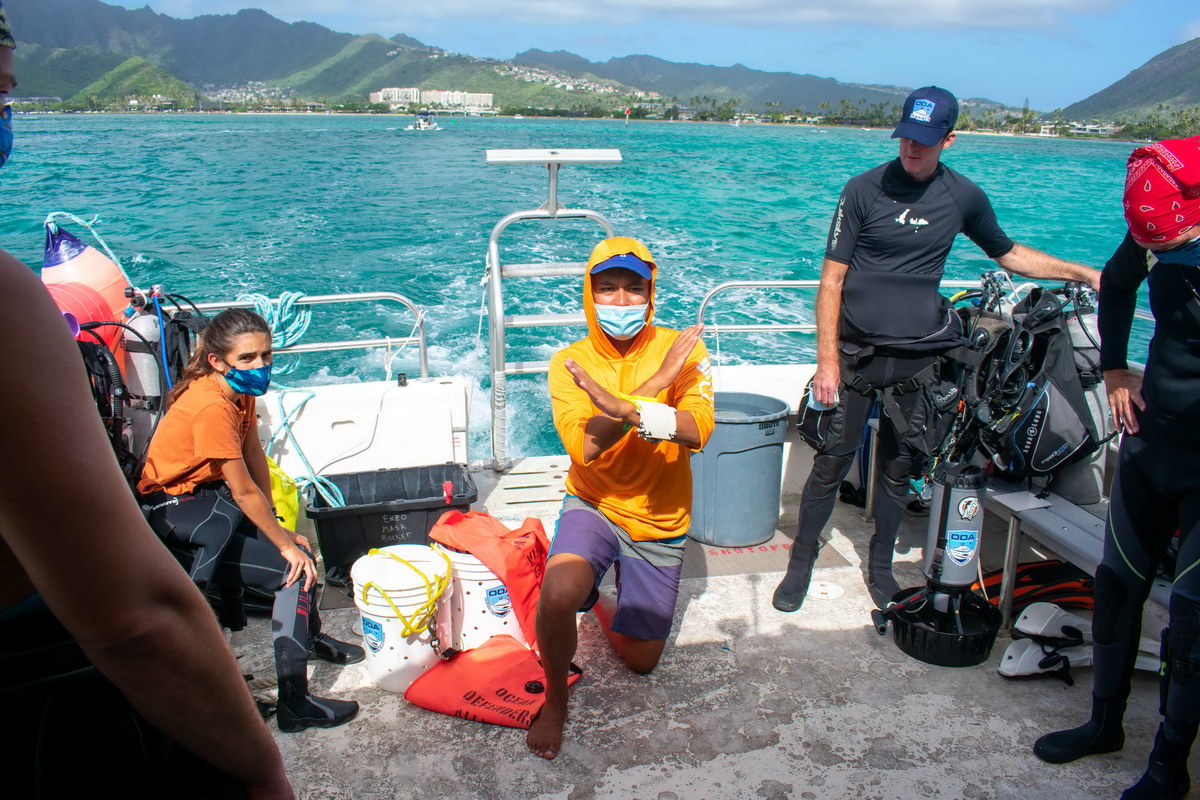 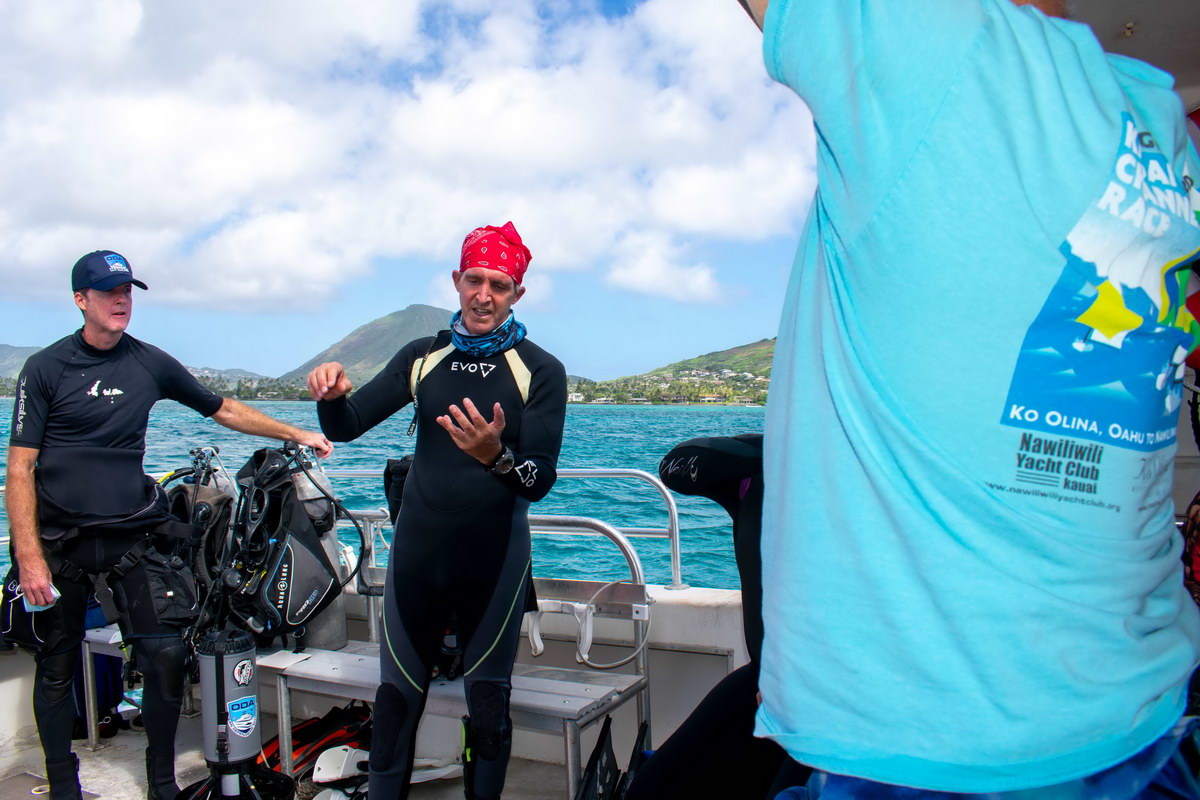 Captain Tim motored really close to the wall and dropped all the divers off within 100 yards of the cliffs. 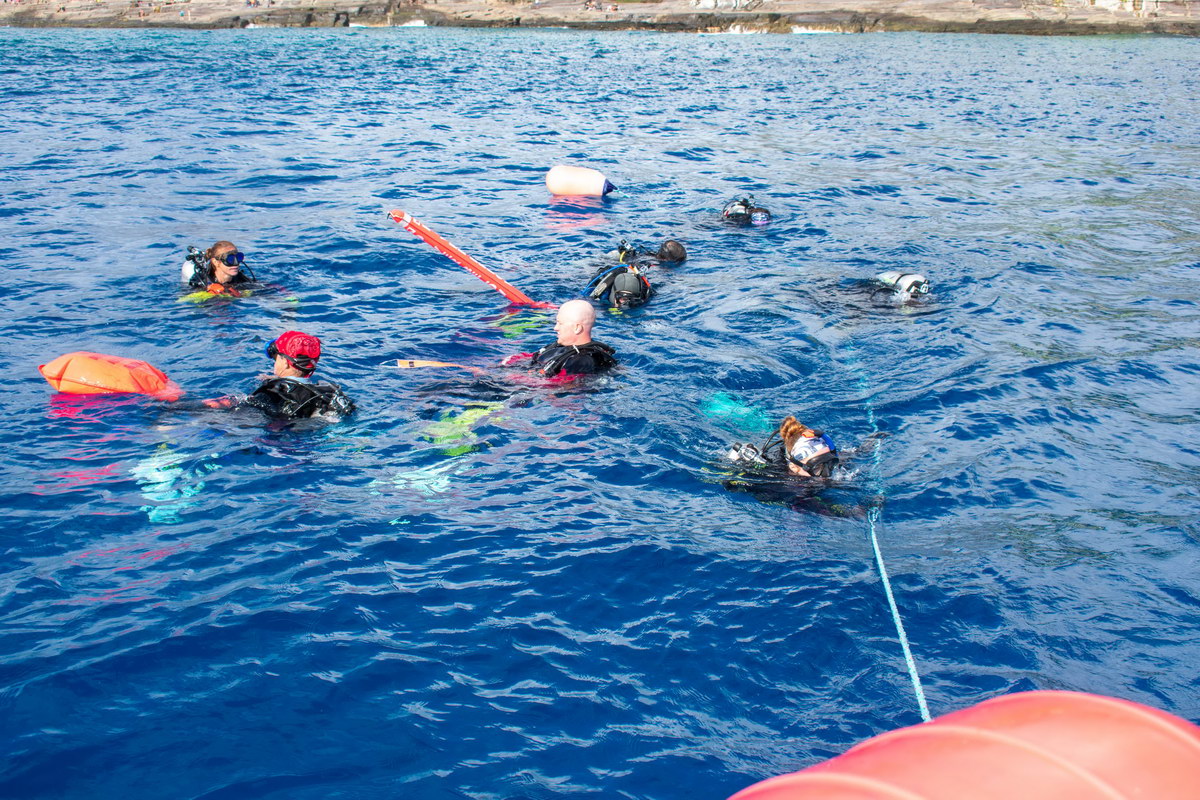 Teamed up with their dive partner for safety, they quickly descended to about 50 feet and commenced work.  The divers who’ve been cleaning this area with ODA for the last several years noticed there are a lot more animals hanging around this area than there were when we first started working here.

Check out the photo below of a large school of fish milling about.  This was a welcome sight! 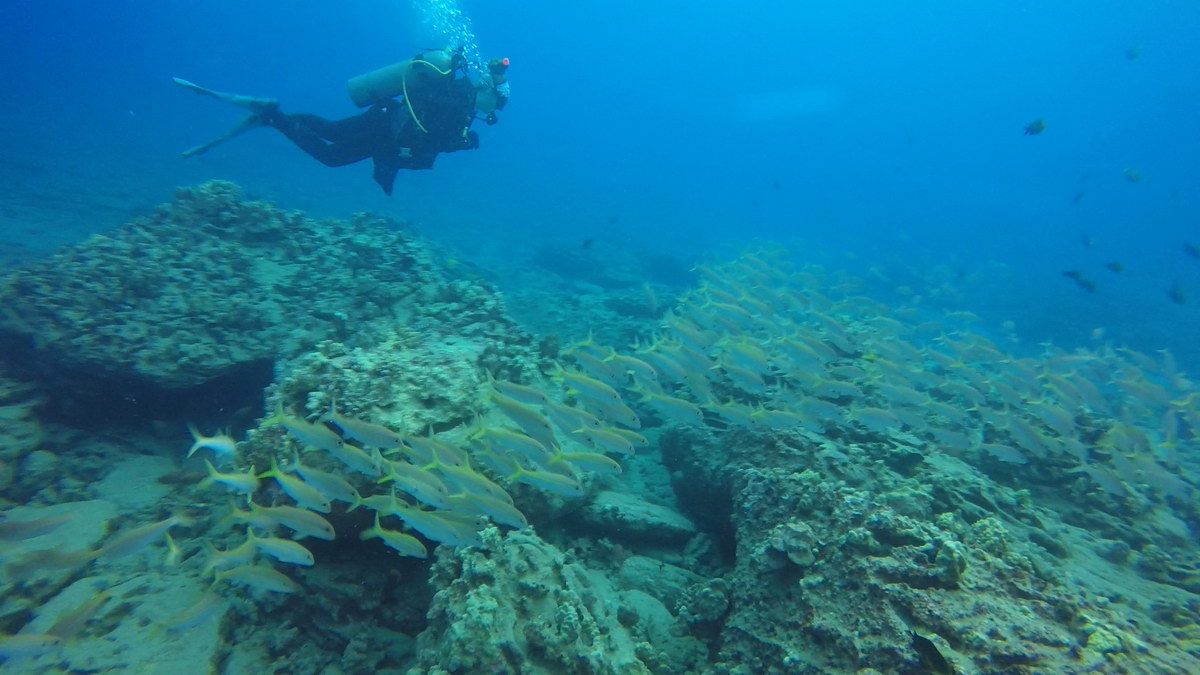 As the divers were collecting fishing lines from the coral heads, they spotted four green sea turtles snoozing in a cave.  Ken got this picture of one of them just after it woke up and was leaving the cave to go up for a breath of air. 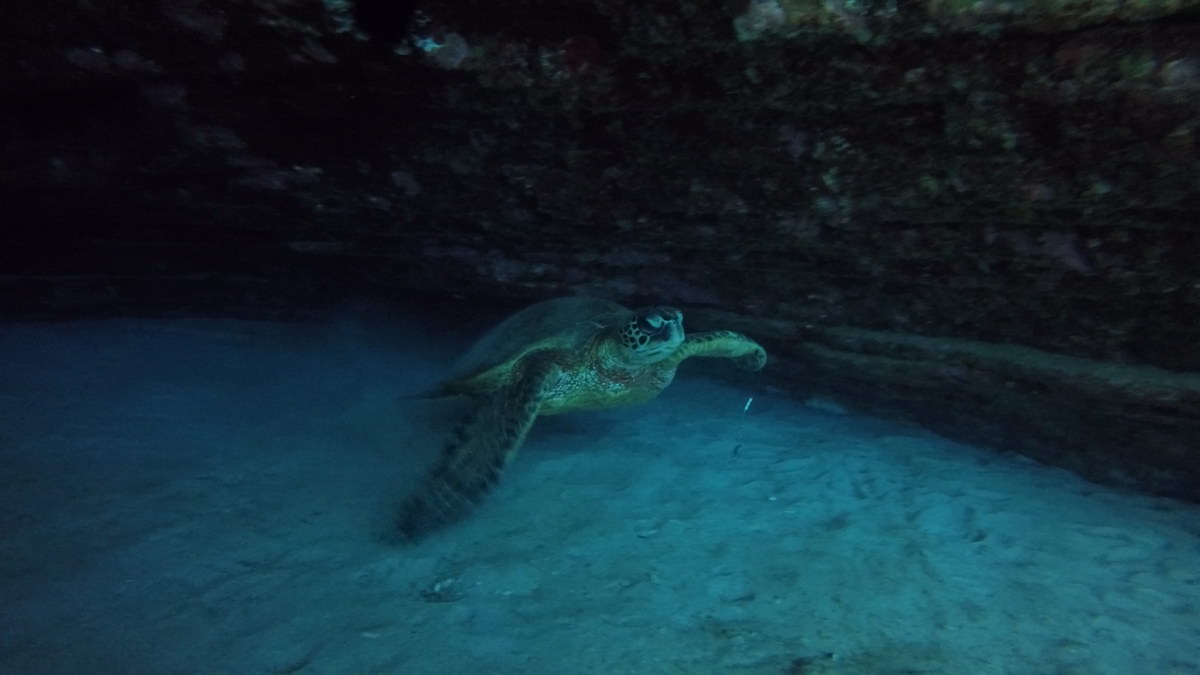 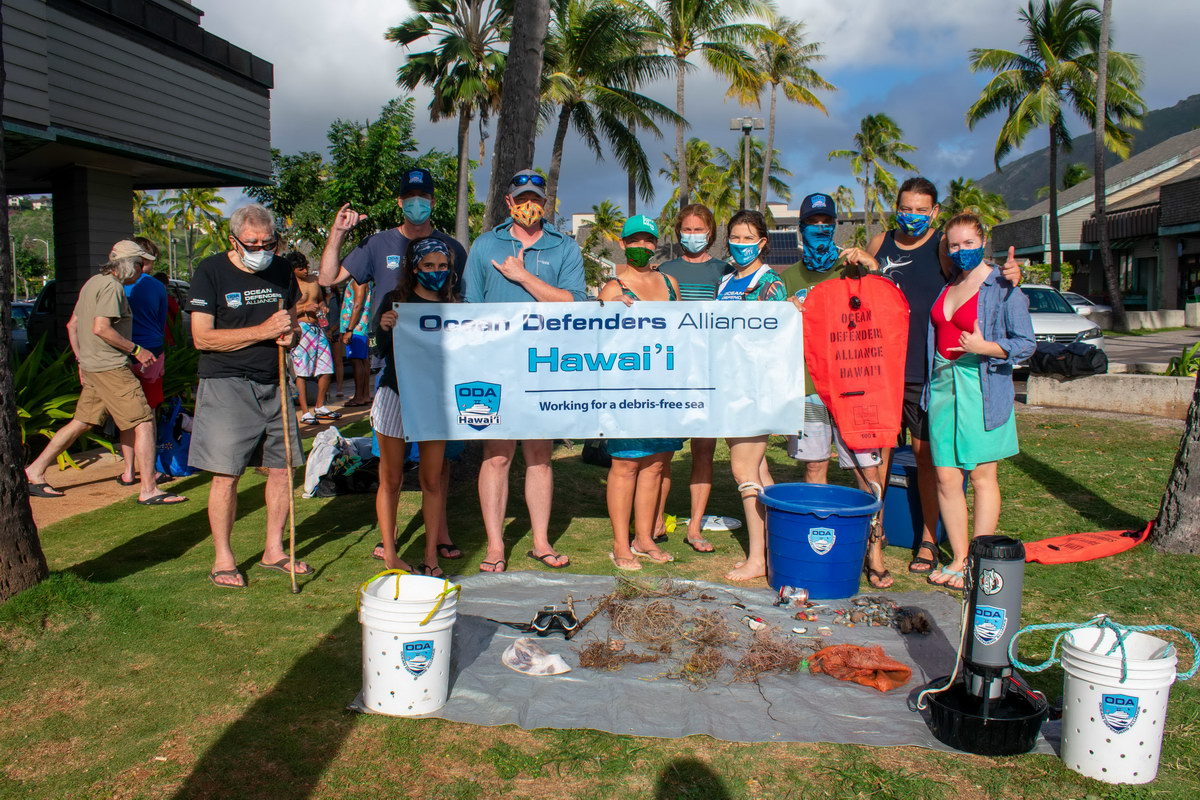 Above you see our ODA-Hawai’i crew with their catch of the day!

Because they had just done a cleanup of the site a month ago, there wasn’t as much debris as normal.  This is a good thing!  But they still came away with 38 pounds of lead weights and about 1,000 feet of fishing line. 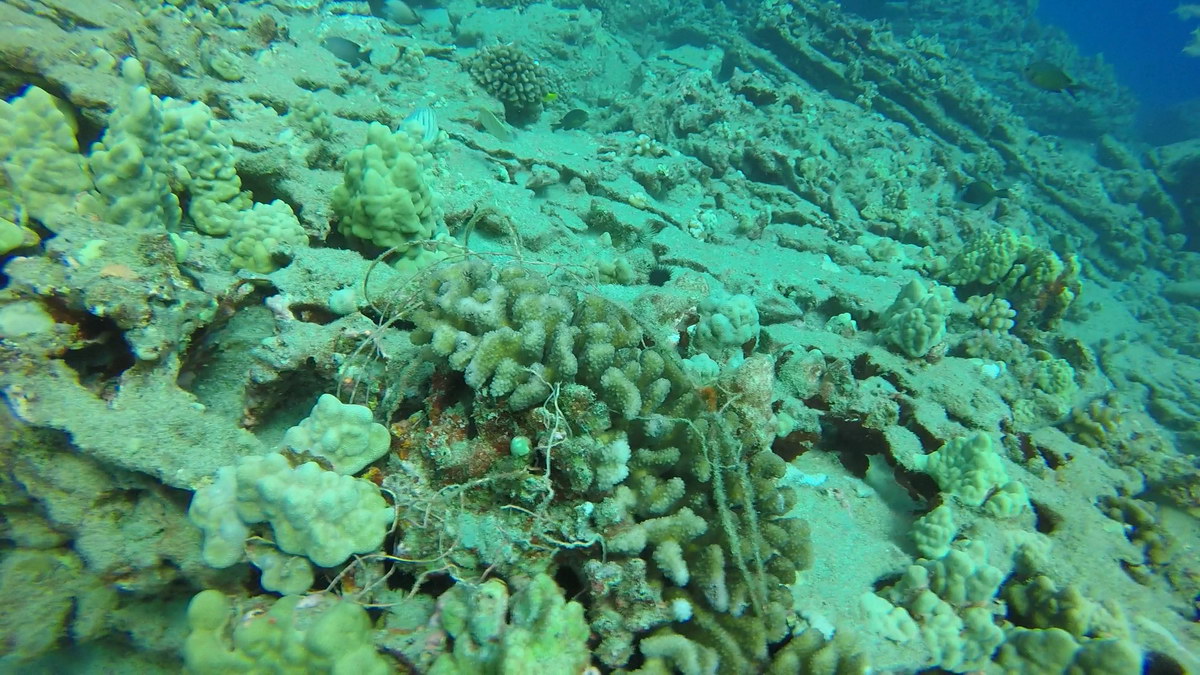 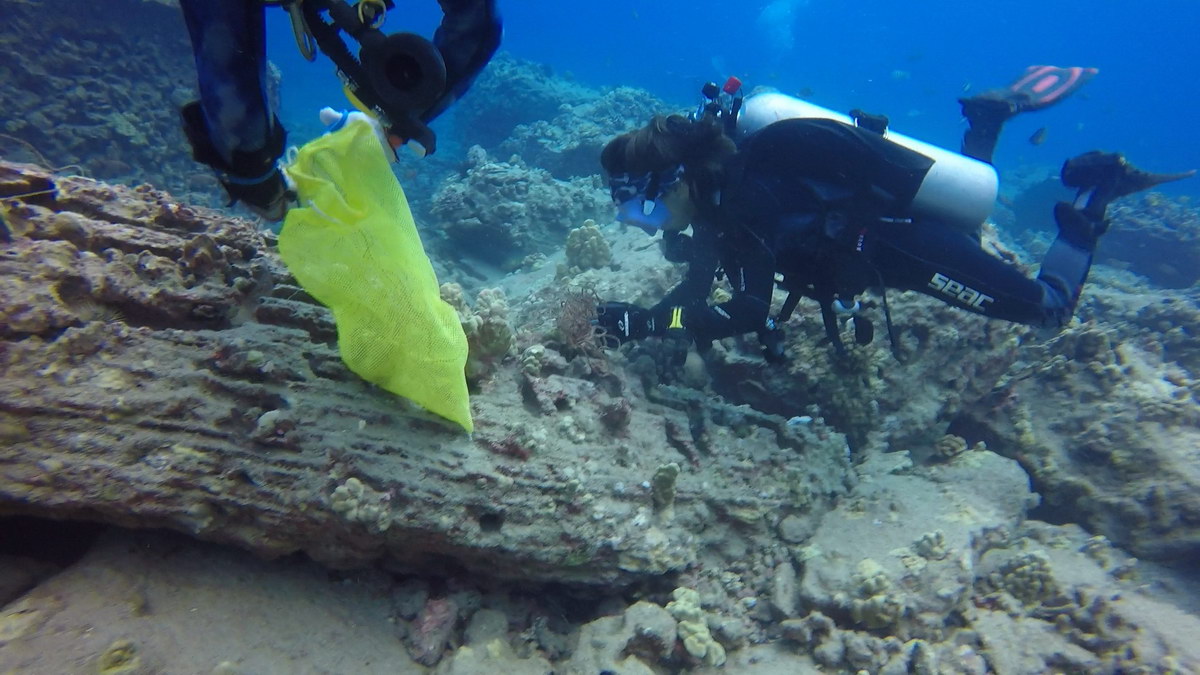 Thanks to the boat crew of Island Divers Hawaii, and especially Matt Zimmerman, the owner.  We’ve been chartering his boat once a month since 2016.  Great relationship, and the corals thank all our donors for continuing to allow us to keep these reefs clean of life-threatening marine debris.  With your ongoing help, our intrepid crew will be back next month!