Southern California (CA)has just been getting hammered with storms this year.  This is a great thing for the land, but because of all the debris flows that follow the rain, it’s been a not-so-good year for the oceans. 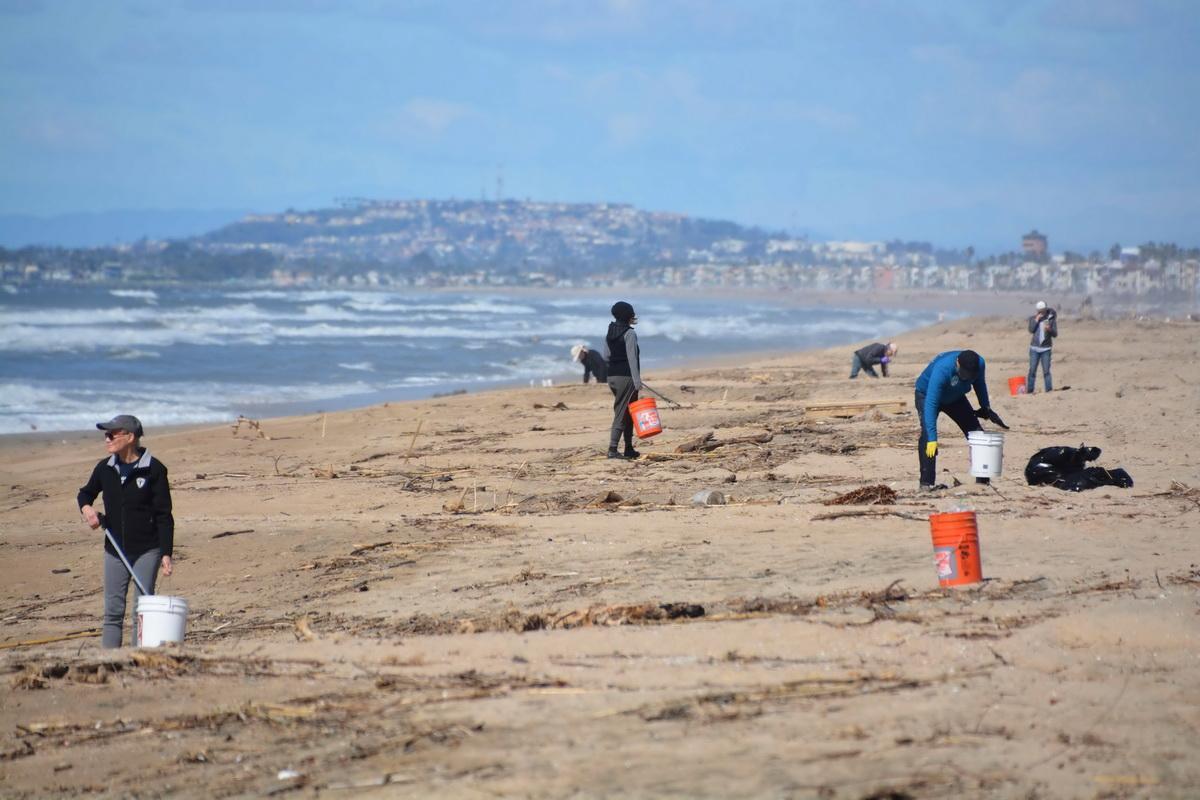 On Saturday, February 16th, we organized a volunteer crew to remove a load of trash that had washed up on the shores of Bolsa Chica State Park, in Huntington Beach, CA.  I had stopped in the Park office on Friday and talked with one of the rangers there to see if they could lead us to an area that we’d be most effective at.  She told me that the far east part of the park would be a good start.

I also asked her if they would waive the $15 per car parking fee, and she agreed.  Sweet!

So, I put out a call to all the folks who had indicated that they wanted to help out, and on Saturday 12 of us leaped at the opportunity to give back to the oceans.

Our beach-cleaning heroes of the day included: Greg Cooke, Lisa Davis, Jean Merrill, Dave Merrill, Tom Mullins, Linda Nicholes, Kent Morris, Mark Ryan, and Silke Turner.  Everyone grabbed some trash pickers and a bucket and headed over the sand to the high tide line.  That’s where we saw 90% of the debris that had washed up.

As we started to scour the beach, another guy approached and asked if he could help us out.  He introduced himself as Danny and said that he normally surfs the areabut this day he liked the idea of cleaning the area of plastics more!  Thanks for caring enough to give back to your coastal waters and beach, Danny! 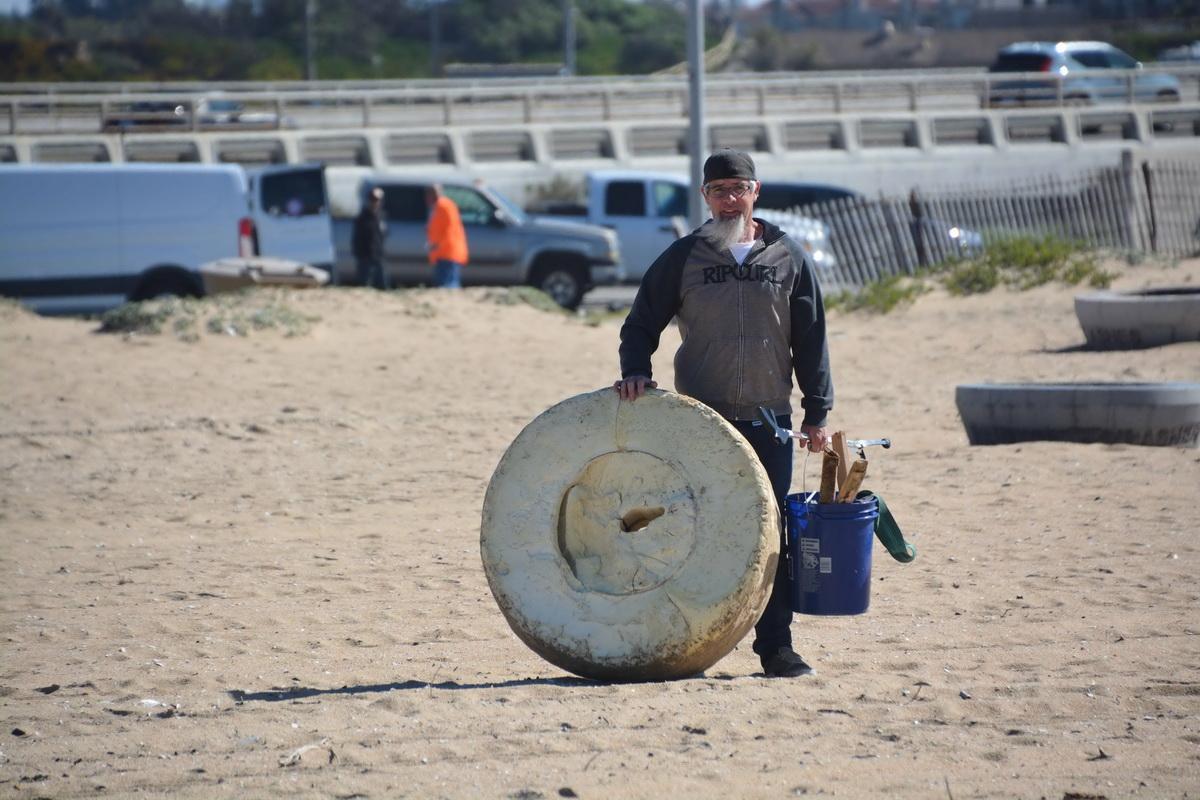 Because of all the rains, the sky was crystal blue, with nary a cloud in the sky, and it looked like the snowcapped mountains were just over the hill.  In actuality, the mountains were 60 miles away! 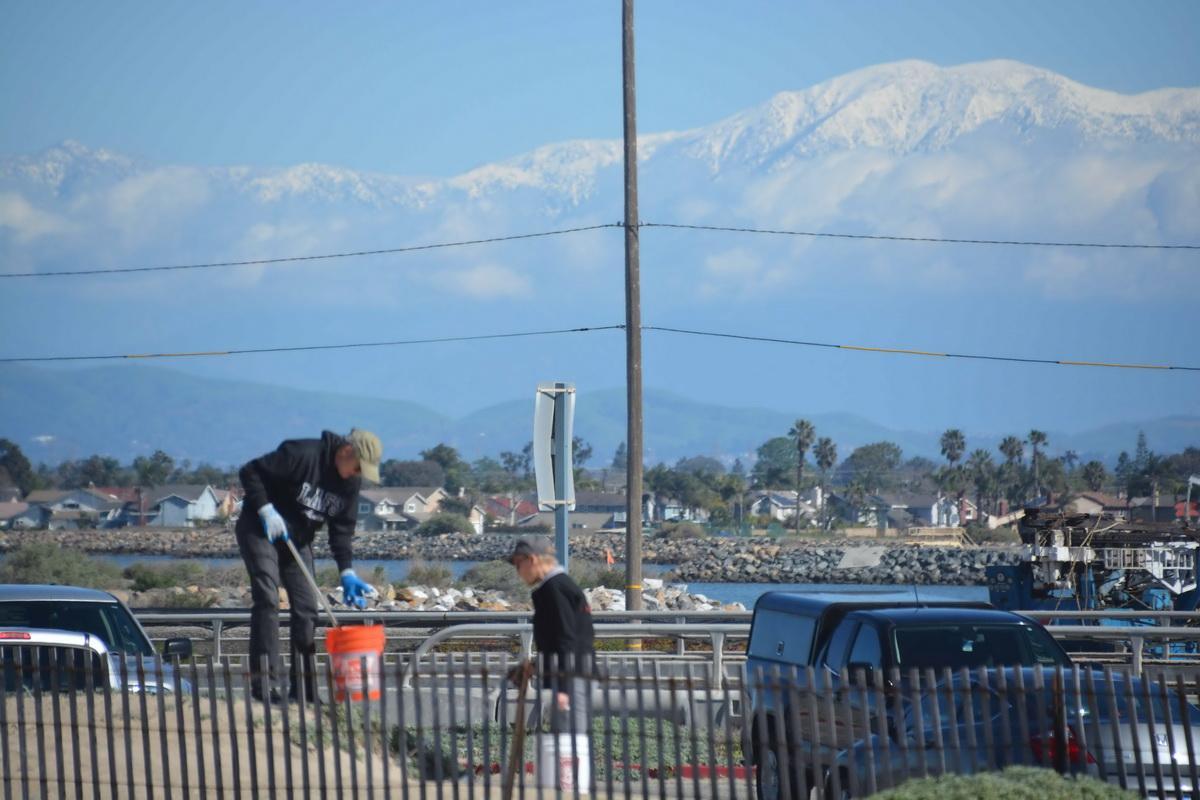 Over the next two hours we walked the beach, taking our time to try to remove even the smallest pieces of plastics.  Most of the debris was single use plastics like straws, candy wrappers, chip bags, and a couple of syringes. There were bottle caps galore, a lobster trap buoy, and one of the strangest items we’ve ever removed, a 25 pound piece of Styrofoam in the shape of a wheel.  Anybody out there want this for an art project?  Or a big wheel for their Harley?

While we were concluding our cleanup we saw a guy with his two young daughters cruising the sand with their trash bags.  They were out cleaning up, too!  Those girls must have been four years old.  They’ve got a healthy jump on what it means to be a good steward of the oceans.  Way to go, Dad! 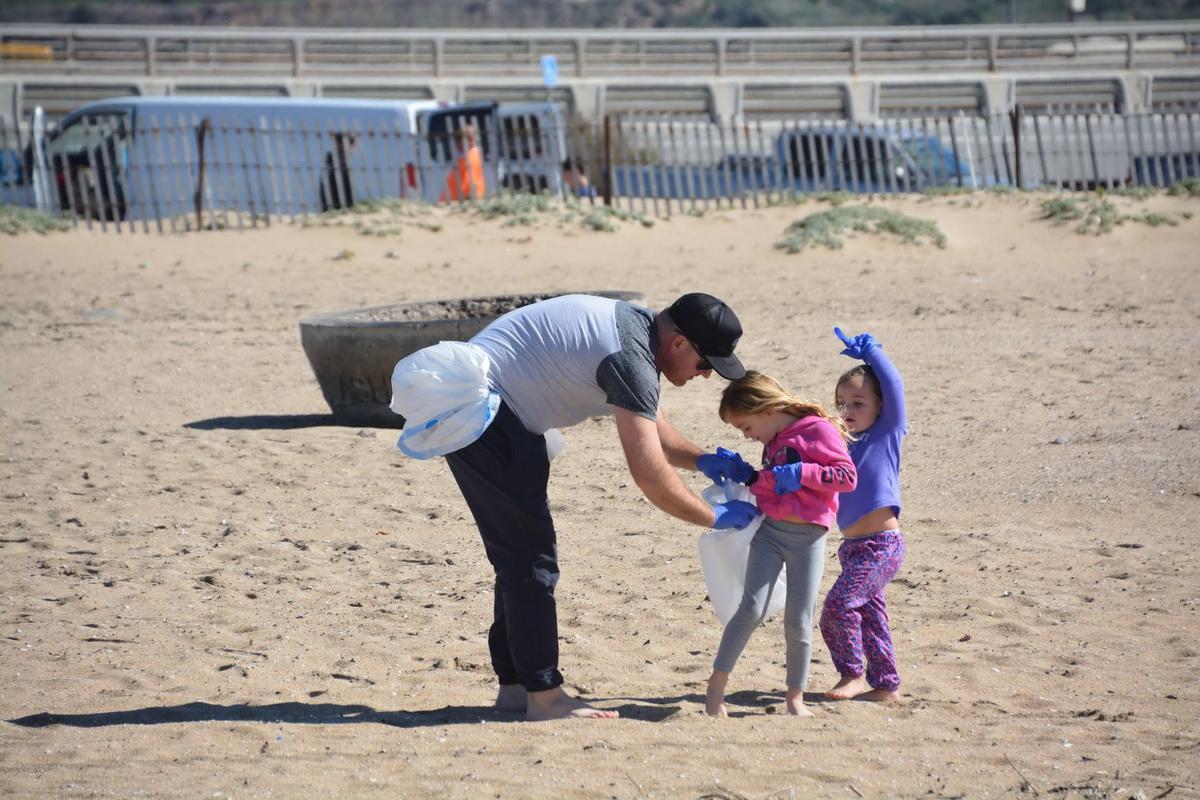 In all, we removed 236 pounds of debris from an area about 400 yards long.  It was really rewarding to see that entire stretch free of plastics, at least for the moment. 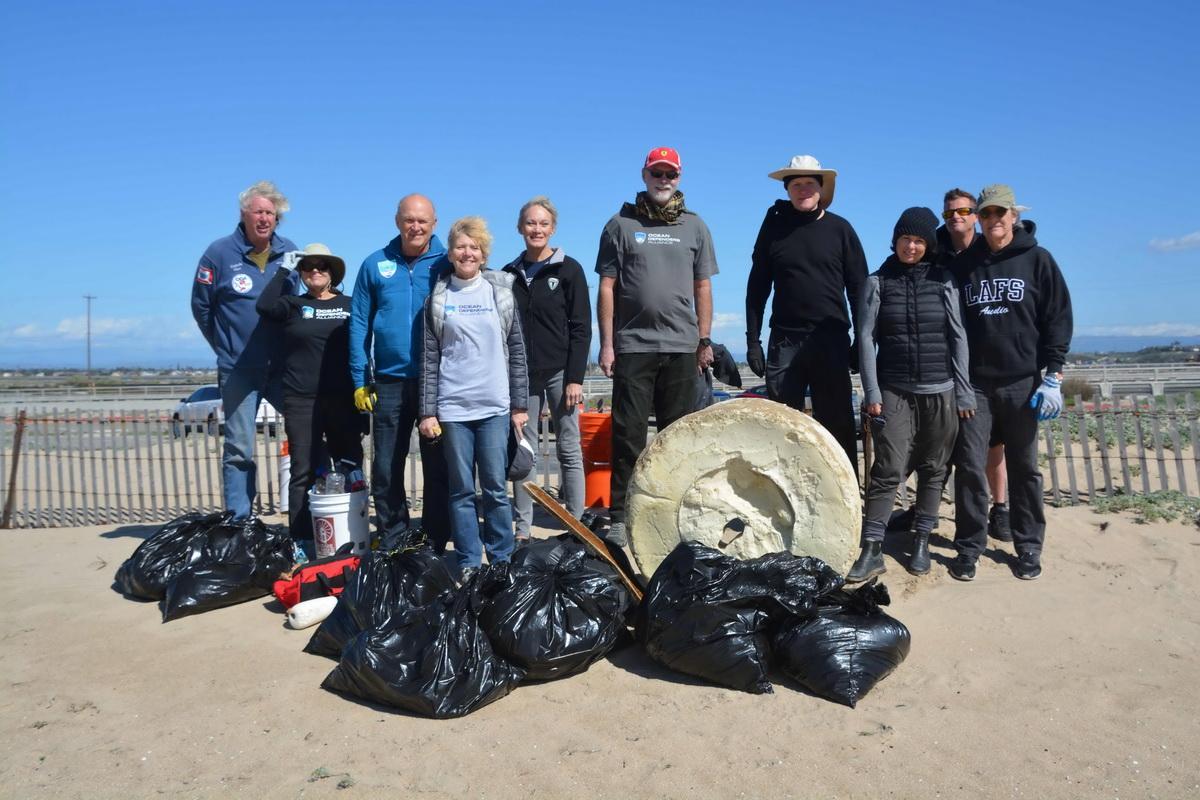 More storms are on the way, but we’ll be back out there, too.

Hope you can join us next time! Check out our Volunteer page and we hope to hear from you. :-)