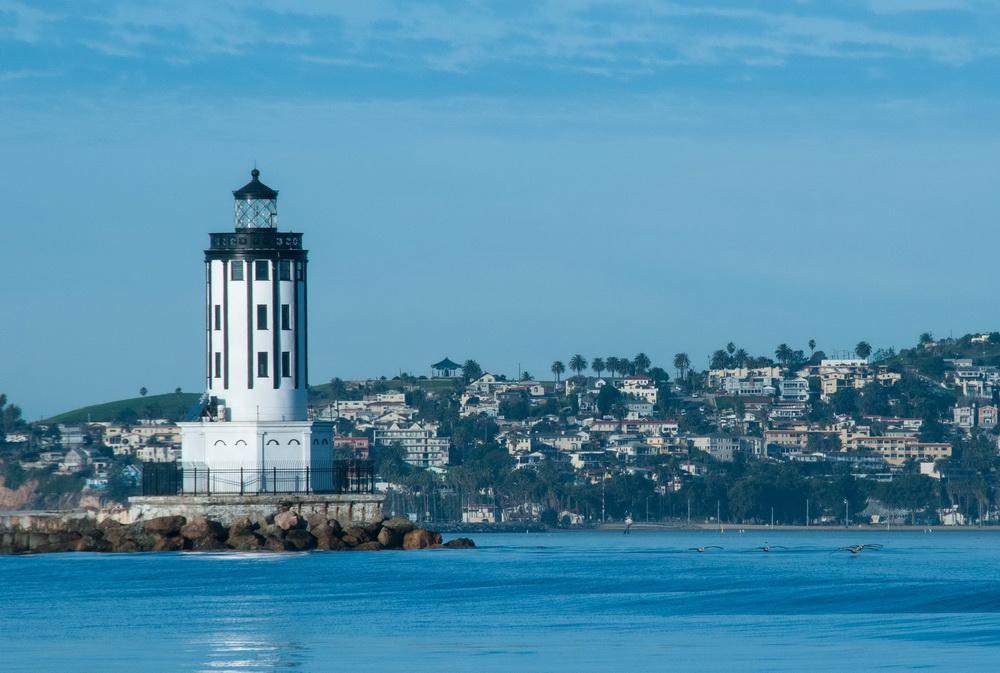 Wow, has this been a wet year, or what? 2017 is starting off to be one of the rainiest years Southern California has had in recent history! But, rain or shine, you can count on ODA to deliver: marine debris that is….

On Sunday, January 8th, we saw a window of opportunity in between rain storms and headed out of Los Angeles Harbor towards an artificial reef about three miles off the coast of Newport Beach, CA. This reef was created by California's Department of Fish & Wildlife using all manmade objects, and once made, the site's location was made public which attracted a lot of fishermen.

Despite the storms we’ve been having, the seas were like glass, and we made the 16-mile journey in just over an hour.

Returning to a Special Place

When we arrived at our destination there were several fishing boats there, all with poles in the water. So, we had to maneuver around them to find a safe place for our divers to descend and do their work. Various members of our team have visited this site multiple times over the last couple months, and we were here  have seen the build-up of nets, traps, lines, anchors, and other deadly derelict fishing gear all over this artificial reef. 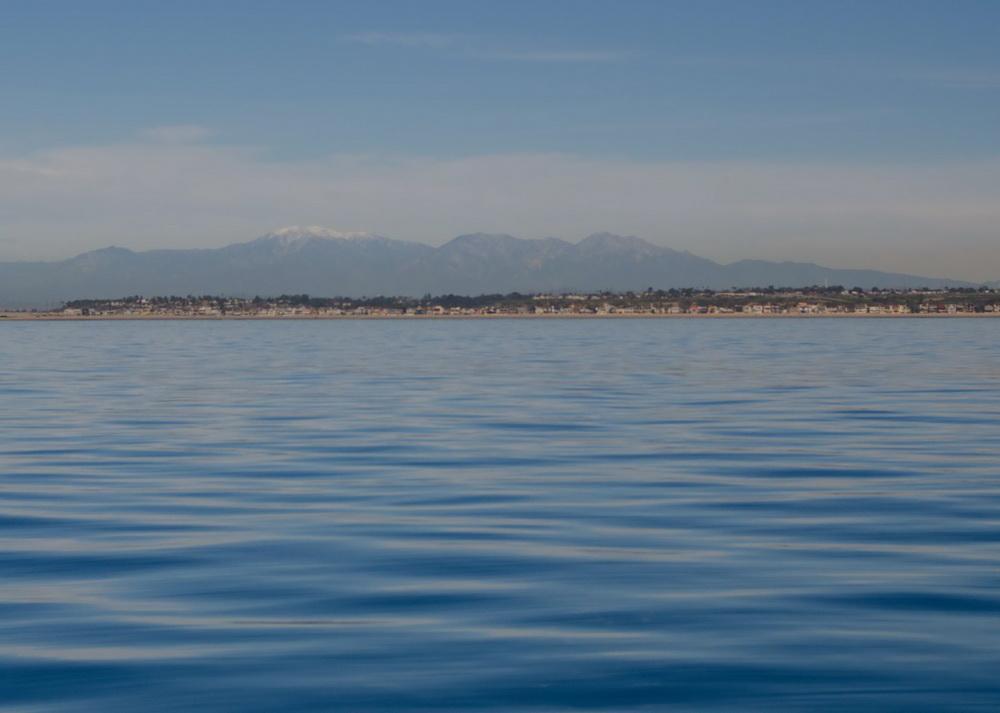 The reason we are focusing on this area is because it is a breeding ground for two types of rare fish: giant sea bass and white sea bass. Both species can grow to several hundred pounds…if left alone.

We had five of our divers ready to jump in as soon as we reached the site and dropped anchor: Kevin Augarten, Kim Cardenas, Bill Maley, Walter Marti (underwater video), and Jim McKeeman. 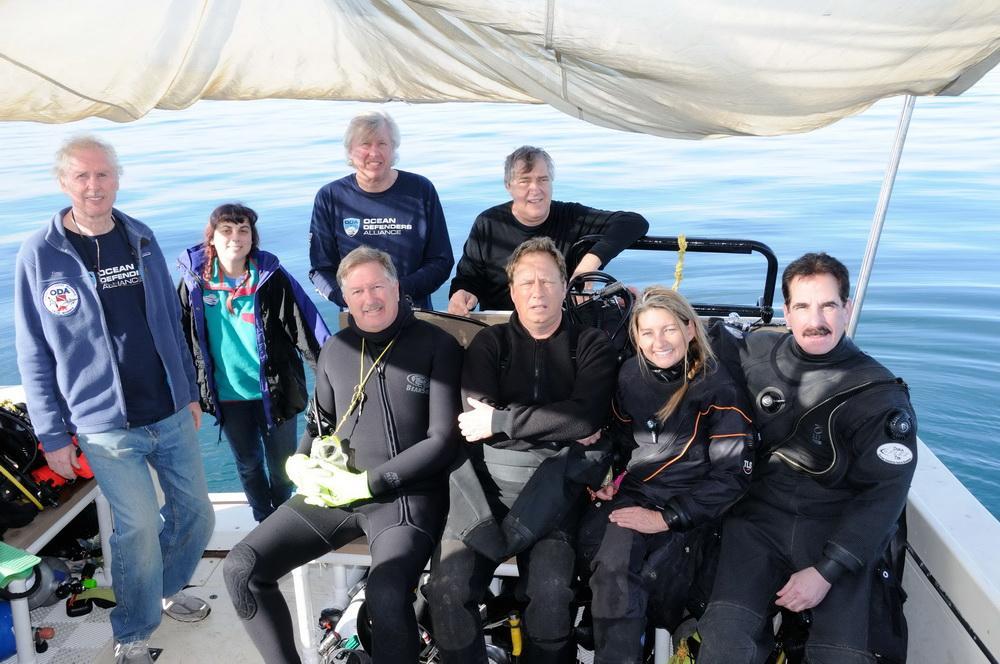 Deadly Trap and Net Must Go

Jim McKeeman and Bill jumped in first, dropped down to 90 feet, and sent a floating marker to the surface as soon as they found some net to remove. We did this in order to maximize the time that Kevin and Kim would have to work on attaching lift bags to the net, cutting it away from the areas it had been entangled in, and then filling the bags with air to float the mass to the surface. Because of the depth, the divers can only spend about 30 minutes down there before they have to surface.

Within 15 minutes we had lift bags popping up all around our boat. Brooke and Jim launched the RIB (rigid inflatable boat). 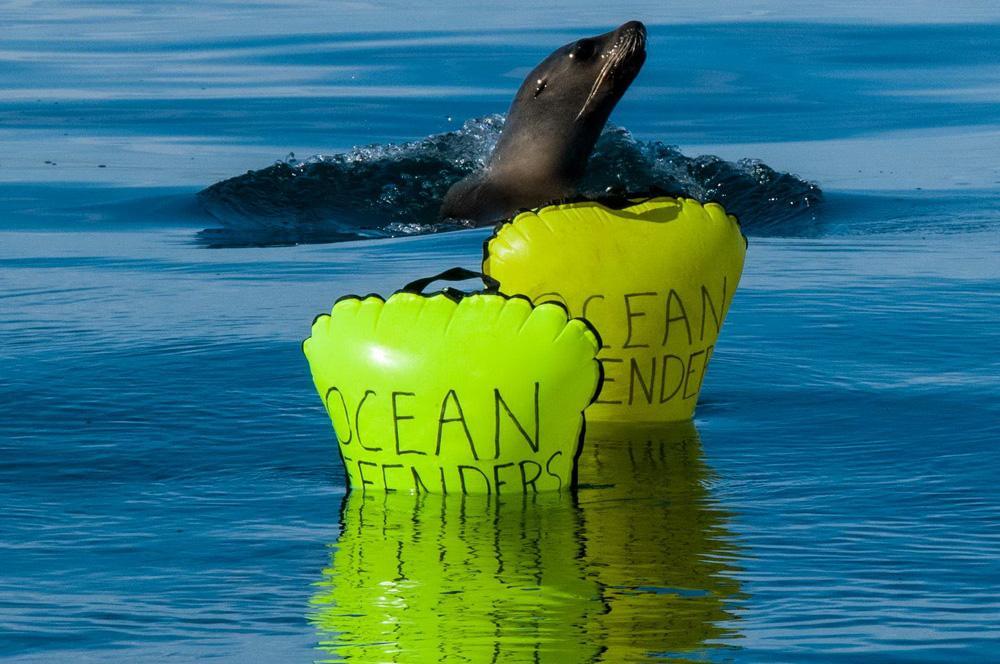 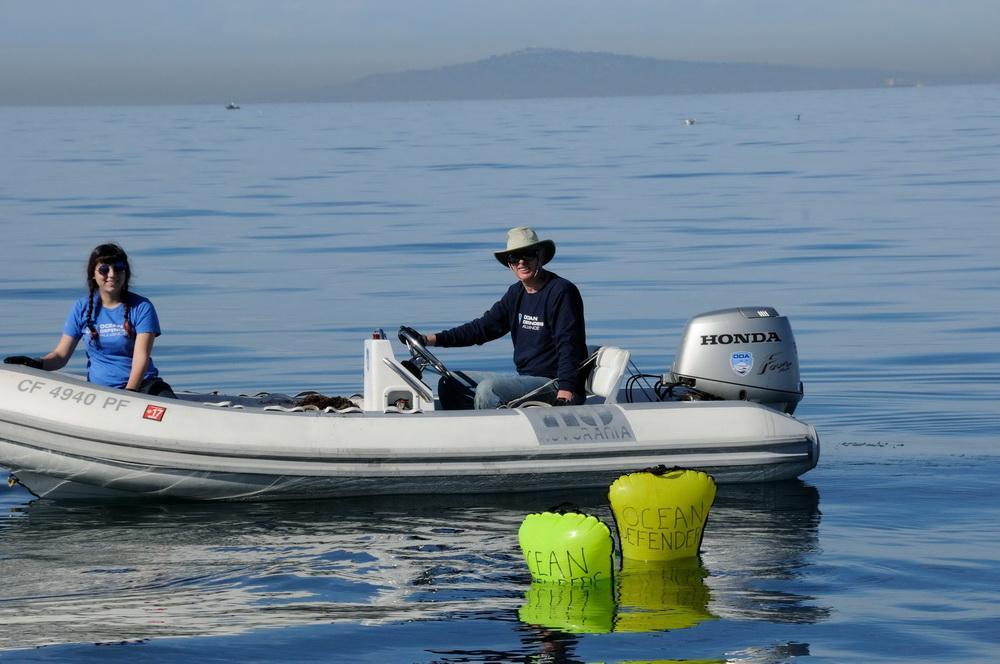 Soon they were rounding up the bags and dragging them--along with the lobster trap and squid net attached to them--through the water, back to the LegaSea.

After all the divers were aboard, we hauled all the debris onto the front deck. 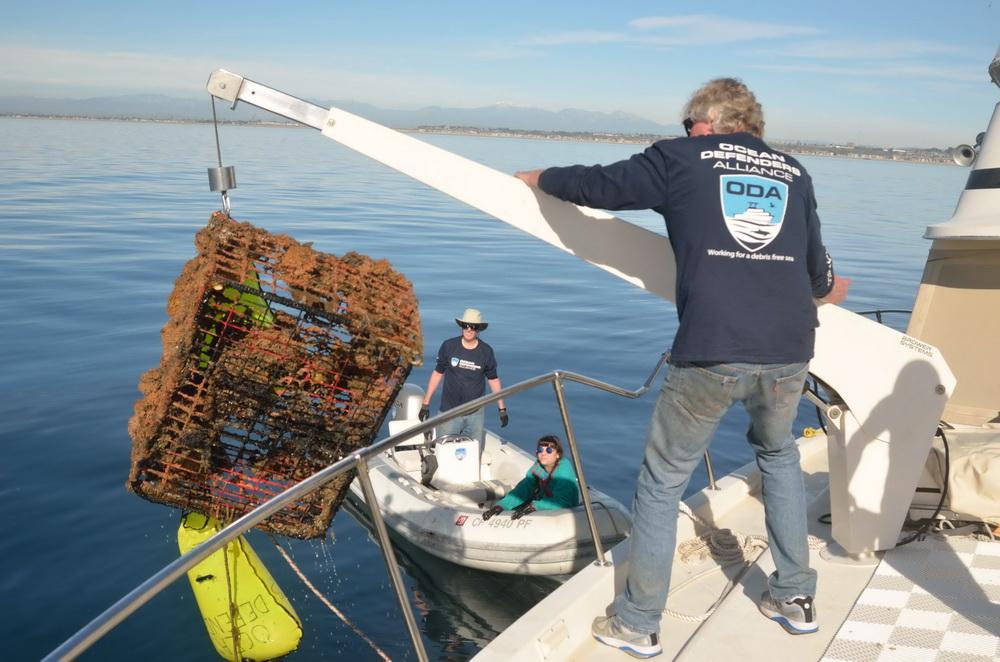 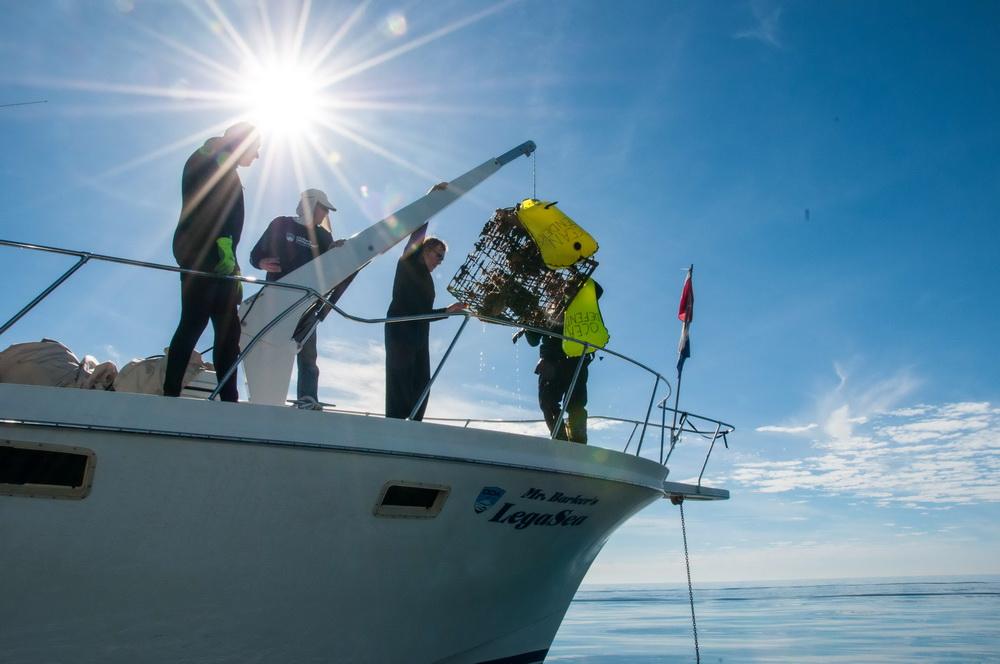 More Debris Out of Harm's Way

After an hour “surface interval” (dive speak for a break at the surface to release nitrogen), Jim McKeeman, Bill, and Walter headed back down for another round of locating and removing as much of this discarded fishing gear as possible. 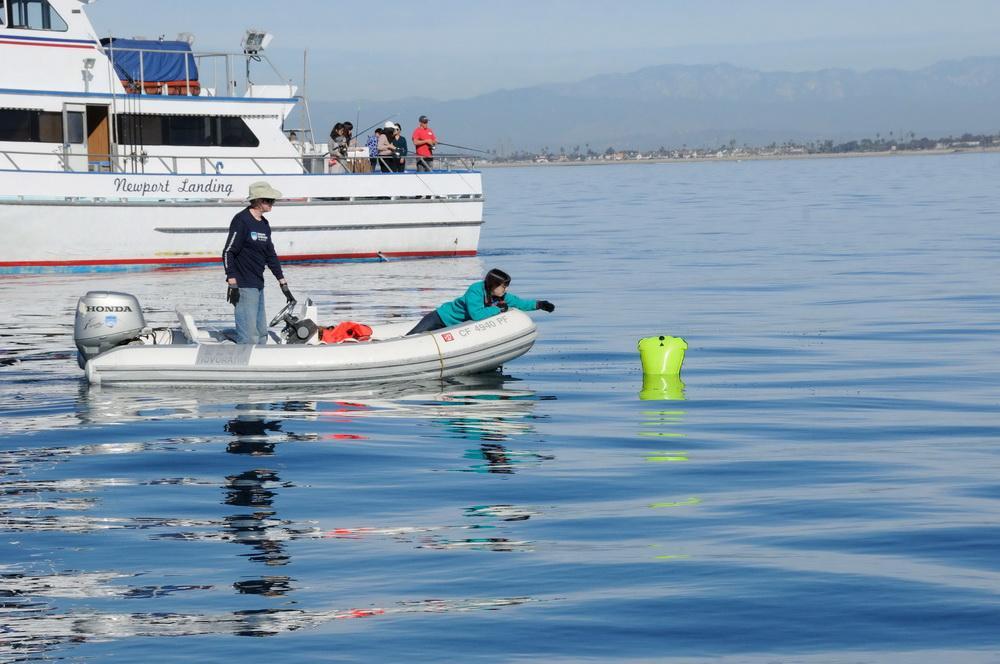 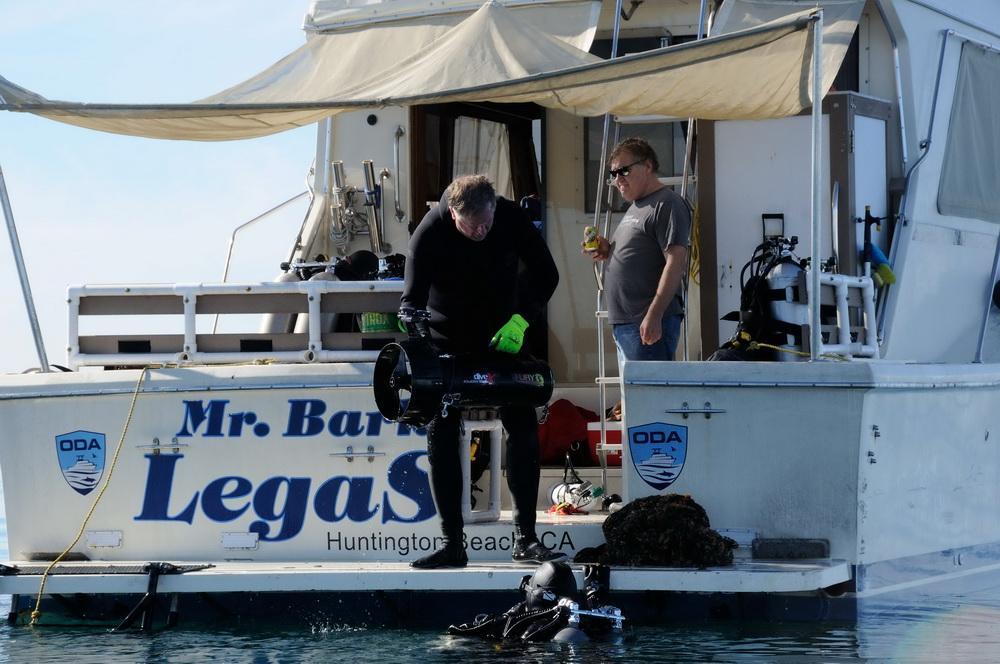 Within a few minutes, the Dive Team had sent five more lift bags to the surface, which prompted Brooke and Jim to “do their thing” and deliver the spoils to the LegaSea. A second abandoned lobster trap along with another mass of squid net would no longer plague the local (and sometimes rare) wildlife.

On the way back to port, the divers regaled us with tales of giant sea bass seen, but the big fish were too elusive for Walter to get images of them. Bill said one of them was probably five feet long. Talk about a BIG fish story! Bill is not one to exaggerate, so we all felt good that we were helping to keep this habitat free from any chance of entanglement and slow death! 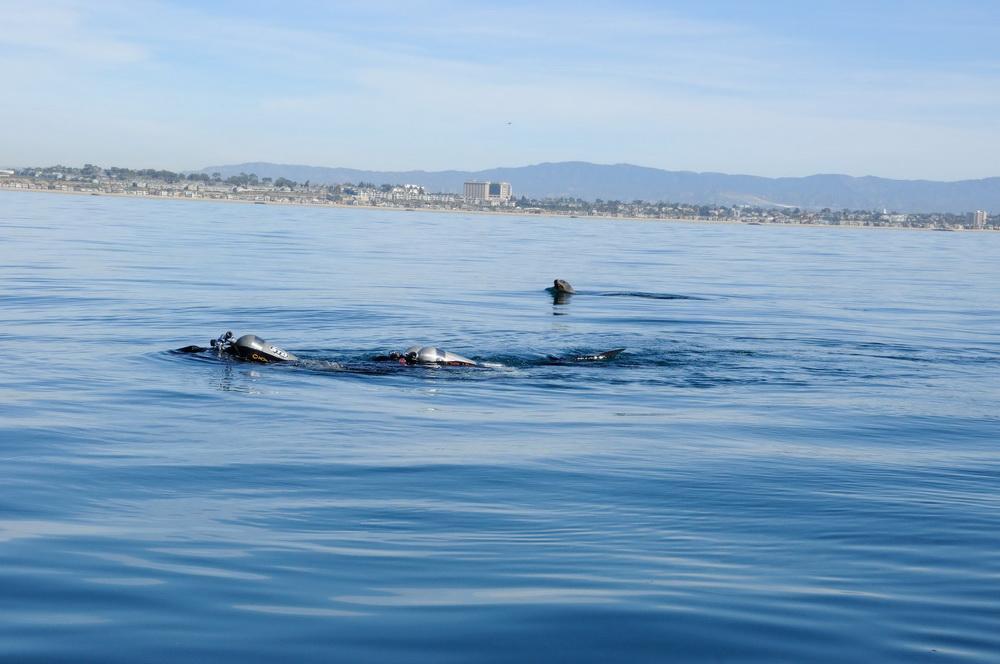 During our entire time at the site, there were several sea lions frolicking all around our boat! The sea lions were keeping our Dive Team company while they cleaned up the animals’ home waters. [Be sure to enlarge the picture just above and see the adorable, curious sea lion following our ODA SCUBA divers!].

Along the way back home, we all marveled at the sight of flat seas, alive with diving sea birds, sea lions hunting, dolphins bow riding, and snow on the distant mountains. Southern California at its finest. 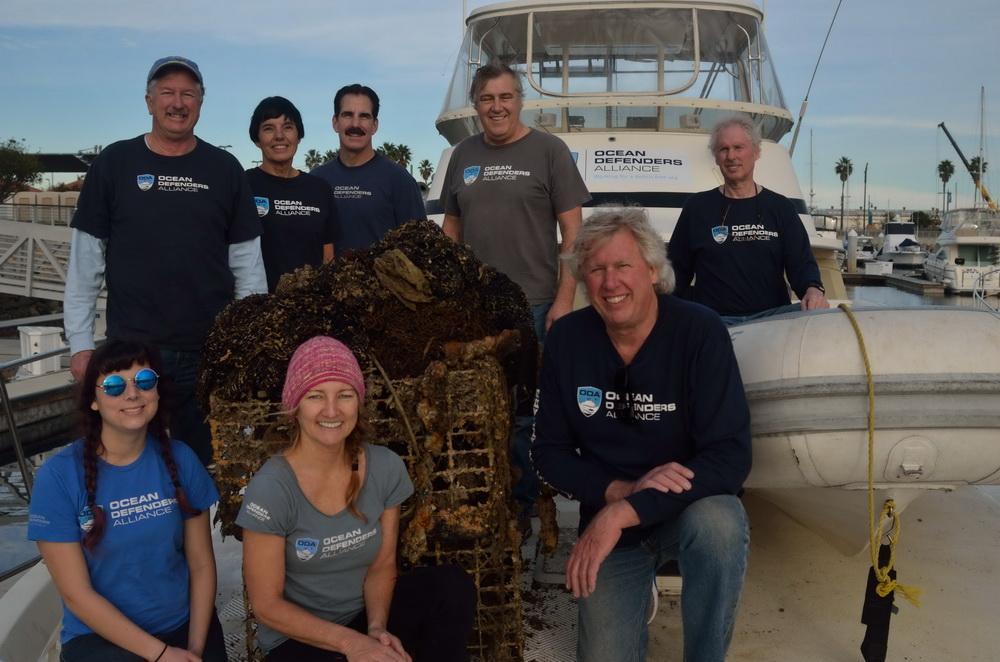 In all, to add to our earlier “take”, we removed two lobster traps and about 200 pounds of nasty and dangerous squid net. We also got one anchor with its chain and lots of great pictures (thank you Linda!).

Great start to what is certainly going to be a busy year for us!

Thank you for being part of defending oceanlife and habitat when you make a financial contribution.