by Found and President Kurt Lieber 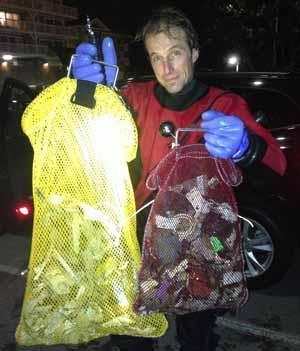 ODA volunteer diver Steve Millington called me about two weeks ago to tell me that he and fellow ODA volunteer diver and videographer Graham Futerfas had just come up from a dive at Veterans Park, Redondo Beach (a 6.3-acre park at the Esplanade and Torrance Boulevard), California.

He told me that this usually beautiful area was marred with debris - and lots of it!

This was sad to hear that because Vets Park is a very popular dive site for people with a variety of skill sets: from beginner to advanced.  There are a lot of folks who take their first dives here because of the easy access to a parking lot and a slow-sloping, sandy entry into the water.  After a short swim out, there is a reef structure in 30 feet of water that gently slopes down to 80 feet.

Steve and Graham came up from this particular dive with 2 bags loaded with trash!  They reported that there was underwater trash everywhere at this site, which is 150 x 600 feet (or 9,000 square feet).  Learning this begged the question, "Why is there so much garbage at this site?"

Earlier in the year, the city had some sand barged in from Marina Del Rey, and contracted a dredging company to replenish their beaches with this sand.  When the dredging company dumped their load onto the beaches, seems they didn't do anything about making sure the sand was clean. Subsequently, as it often happens, the winter storms brought in big waves that washed the garbage-laden sand off the shores and into the deep!

Roc Watt, another veteran of ODA campaigns, put out a message to divers via his personal network to get together as a team and see if we could dive the area in a coordinated manner to remove as much of this junk as possible. 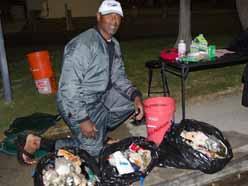 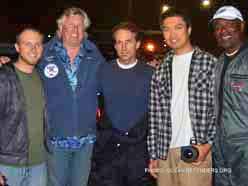 It was a success! Twenty-nine divers showed up on a Wednesday night, November14th.  The topside weather was great and there was no wind.  The seas were pretty much flat.  At about 7:30pm the first divers entered the water, with the last divers exiting a little after 10:00pm. 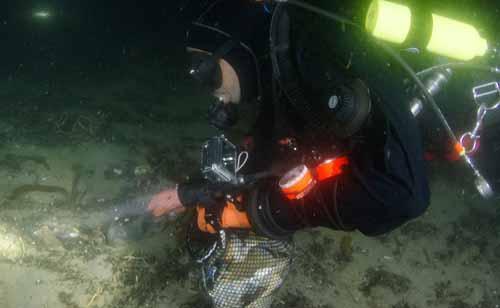 There were several people waiting in the parking lot to gather the contents of each team's collection bag.  They even had a weight scale they used to measure the poundage of each "goodie bag." A volunteer documented the individual and total weight that was hauled up.  The grand total: 59 lbs of garbage was removed!

The divers had a great time, and in addition to all the good they were doing, they were treated to the beginning of the annual squid run.  This is an area of our coast the squid visit to mate and lay their eggs.  This is just another reason to keep this area free of trash.  Life is hard enough for these animals without dealing with toxic, man-made debris. 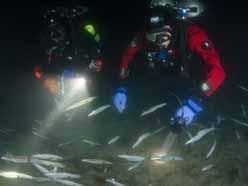 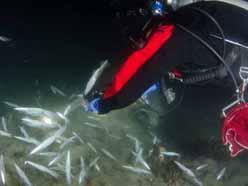 Because I am highly interested in debris (where it comes from, how we can prevent it from littering our oceans, and how we can remove it), I decided to take the debris home with me to examine it. I estimate that 90% of the junk that was removed was plastic, which is toxic to marine life. 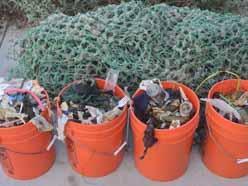 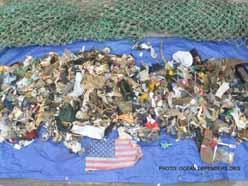 The good news is that at least for a short time, this area is clean. A job well done by 29 volunteers who care so much about the ocean they were willing to dive in and take care of it.  Now, when novices take their first dive here, they will see the ocean floor the way it should be!

Way to go Gals and Guys!

If you are interested in jumping in and helping-whether it's diving, crewing on the boat, doing outreach, or some other way-please visit our Volunteer Information Page.