Droning on About Efficiency

Despite all the storms we have been having here in Southern California this winter, an intrepid group of us got together on Sunday, Jan 17th.  The seas were bigger than we usually go out in, and at 4-6 feet it didn’t seem so bad.  Until our divers got in the water…

Even with the overcast skies, everyone was upbeat because this was our first time out in in the new year.  We headed out with four divers and four deck crew.  Before we departed from our marina, the deck crew—Heidi Ananthakrishnan, Lisa Davis, Brooke LaDoucier and Jim Lieber—launched the RIB, and we towed it out to the dive site.  We do this because it is too difficult AND potentially dangerous to launch it while on the open ocean. 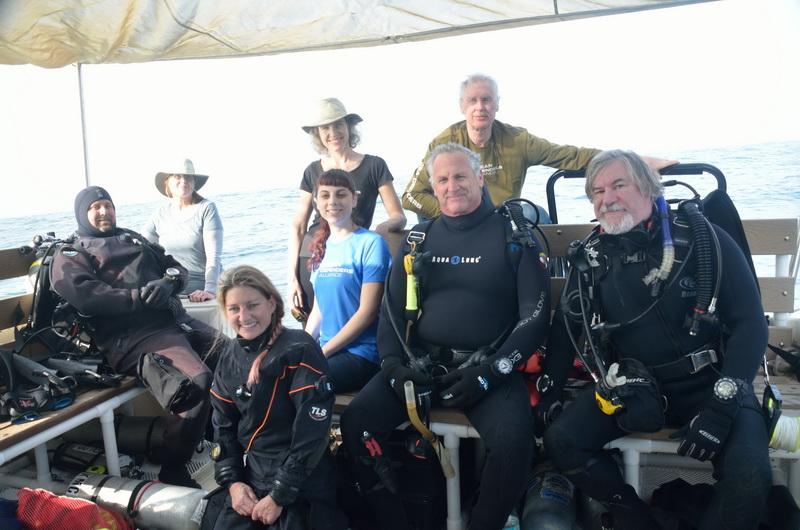 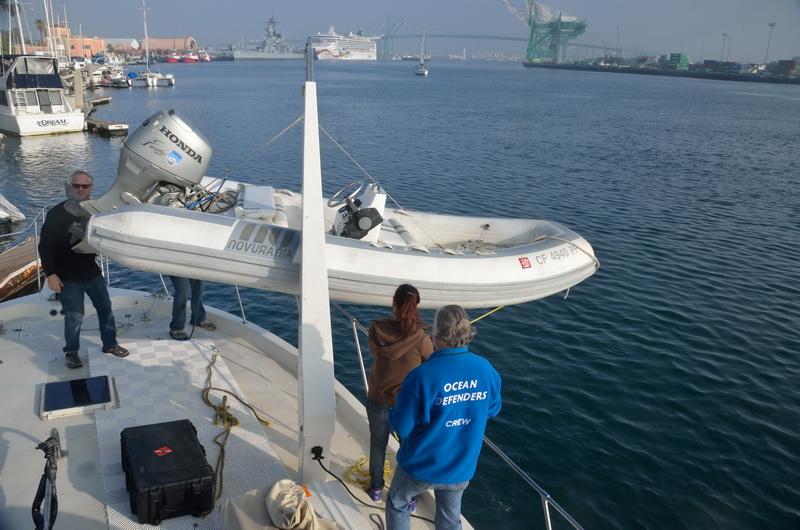 ODA Volunteer Dive Team Kim Cardenas, Jeff Connor, Jeff Larson and Bob Walls got into their wetsuits as we made the short voyage out to a site we had been to before, called Brian’s Reef.  This is a site where we have found nets and traps recently.  It is a large area, in 60-70 feet of water, and rocky reef outcropping lie scattered around the area.  Just the kind of terrain lobsters like to hide in, and hence the fishermen follow them with their traps. 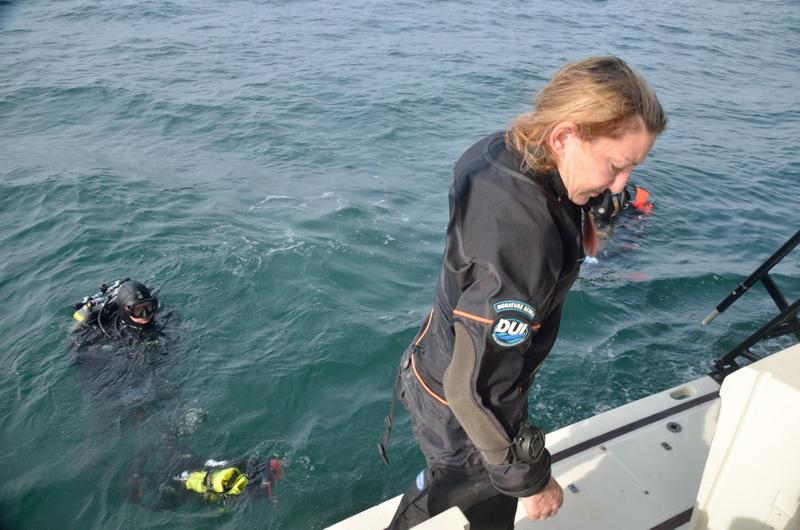 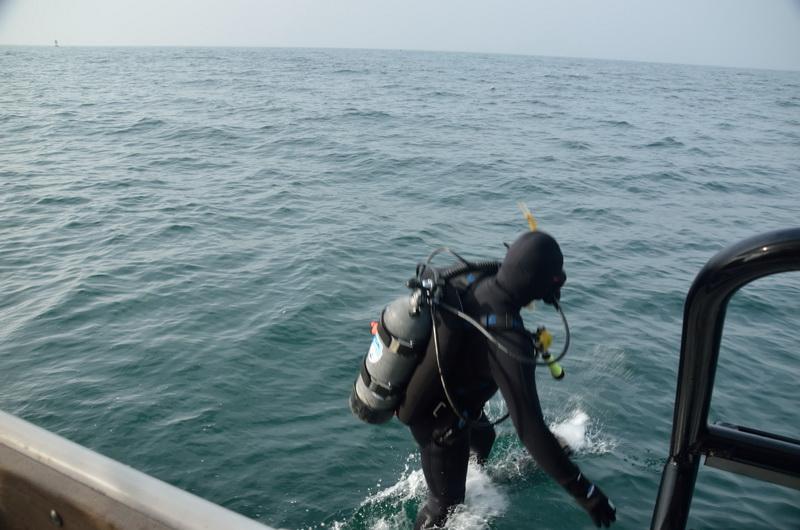 As the divers jumped into the murky waters, I launched the newest addition to our fleet, a DRONE!  This piece of equipment is a small helicopter with a camera mounted on it.  Now we will be able to film and document heavily trapped areas and note the GPS numbers; then we will return to the site after the lobster hunting season ends to do our underwater searches to find abandoned ones.  This drone will save us time AND fuel.

We named the reconnaissance drone ‘LECTRIC LINDA, as our wonderful supporter and Advisory Board Member Linda Nicholes donated the money that allowed us to purchase it.  Thank you, Linda! See us together, below, testing the drone in the back yard. :)

As the divers were assembling their gear, Kim noticed that her tank valve was leaking.  With no way to immediately fix it, she canceled her dive.  So, in went both Jeffs and Bob.

Even though the seas were not very rough, because of the force of the surge, the underwater visibility was less than five feet.  The guys were down about 15 minutes when we saw a lift bag float to the surface. 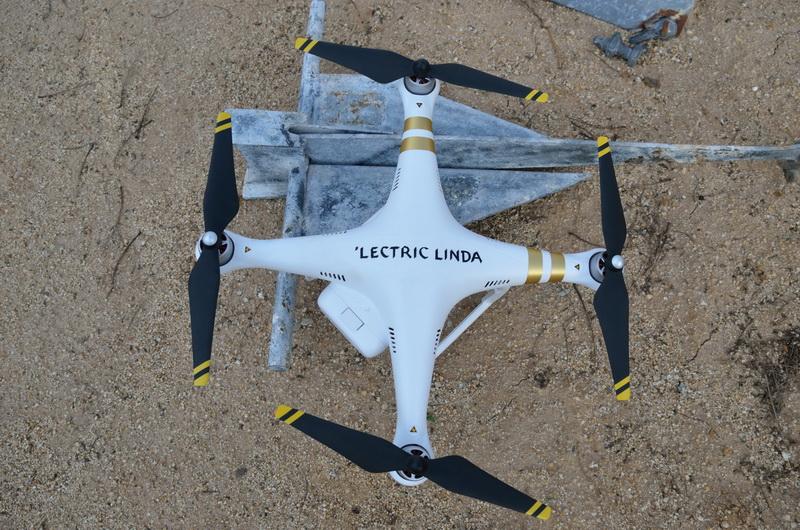 Yeah!  I flew the drone over to it to see if we could peer into the water and see what was attached to the bag.  But no, because of the visibility we couldn’t tell. 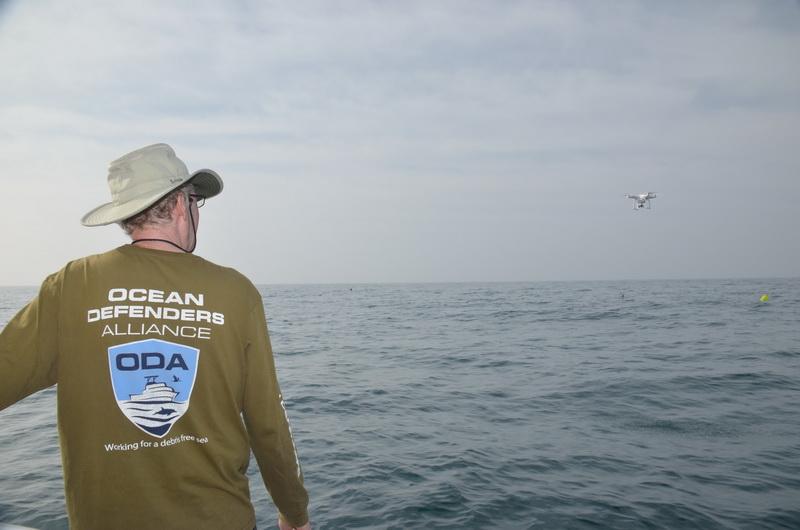 The divers didn’t stay down much longer because they kept getting separated from each other.  With that kind of visibility all it takes is for you to glance at your gauges for one second and by the time you look up again your partner is nowhere in sight.  Better to abort the dive…

We got the lift bag and the divers onboard and then went to another site about two miles away, hoping for better visibility.  Not to be.  After about 10 minutes they surfaced and said it was even worse than it was at the first site. 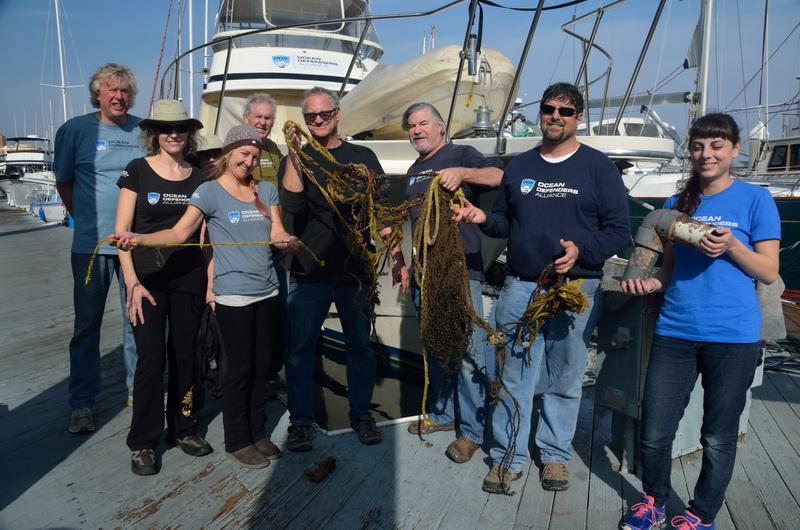 While we didn’t get 100% of the test flights we wanted, the good news is that we did remove 50 pounds of net and lines!  As soon as these big waves subside we’ll be back out, searching this same area for debris.

You can keep the boats and crew at sea! Financially supporting ODA is your opportunity to be part of making the oceans cleaner and safer for marine wildlife.

Click on any image to enlarge and see the entire slide show. :)