Some days the blue waters just turn into mud…

Ocean Defenders Alliance (ODA) volunteers have been diving just about every weekend for the last two months.  This past Sunday, Aug 15th, was no different.

Nine of us got together early and headed up the coast from Oxnard to a robust kelp forest just off the sandy beaches of a park called Emma Woods State Beach, in Ventura, California.  This place is really popular with the surfing crowd.

There’s a nice long stretch of beach that can accommodate hundreds of campers and RV’s that park just feet from the shoreline.  Because of the bottom topography, the waves break far away from shore making some nice long surf rides.

That bottom structure is also prime habitat for bottom dwellers, like lobsters.  The commercial fishermen set dozens and dozens of traps here during the lobster season.  But as we know, the fishermen lose 10 to 15 percent of their traps every year, so the site has accumulated ghost gear over the years.  I don’t think anyone has ever cleaned this gear out of the area.

Rob Broesamle has spent many days diving the site and has sometimes seen hundreds of Leopard sharks here.  This is apparently a mating and nursing ground for them.  Our divers were looking forward to seeing if they could glimpse any of these really cool looking sharks.

This day we had Kim Cardenas, Erich Fertschneider, Al Laubenstein, and Geoff Walsh ready to jump in with their diver gear with a goal to remove some of the abandoned traps. 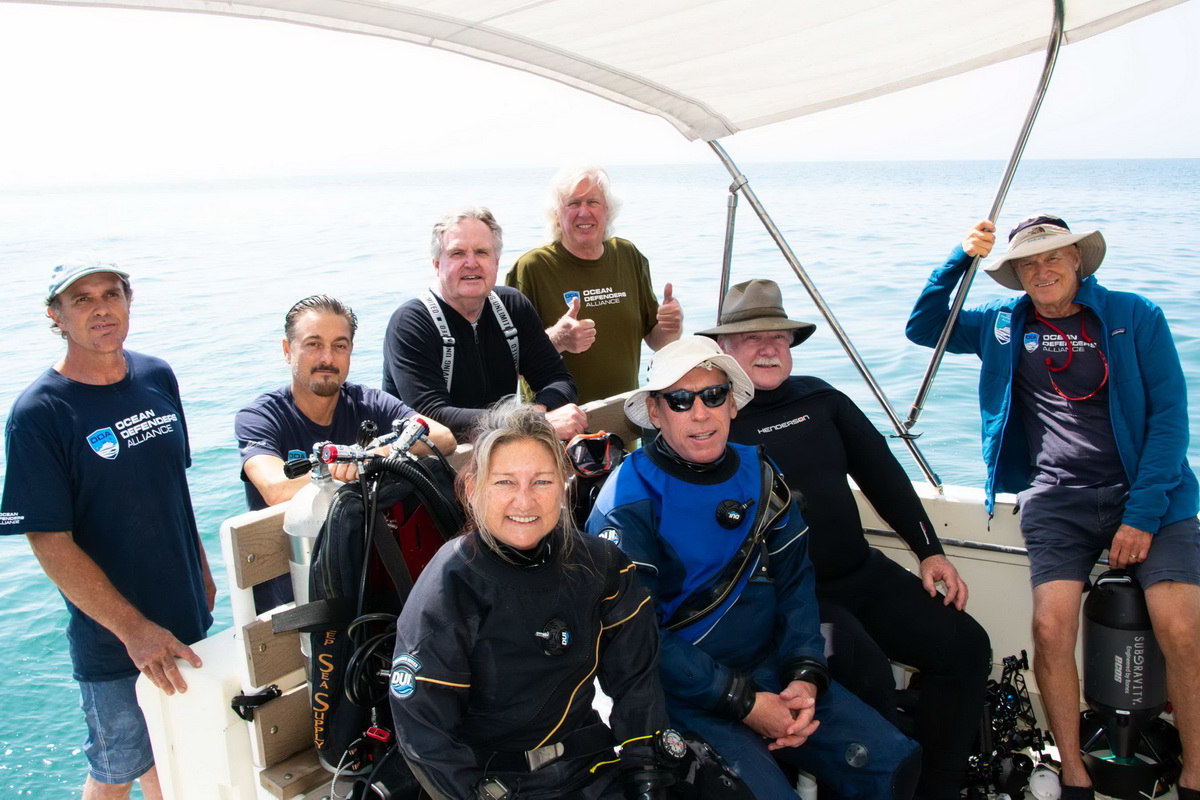 Helping out on the deck and the RIB were: Billy Arcilla, Kathy Broesamle, Rob Broesamle, Sue St. Sure, and myself. 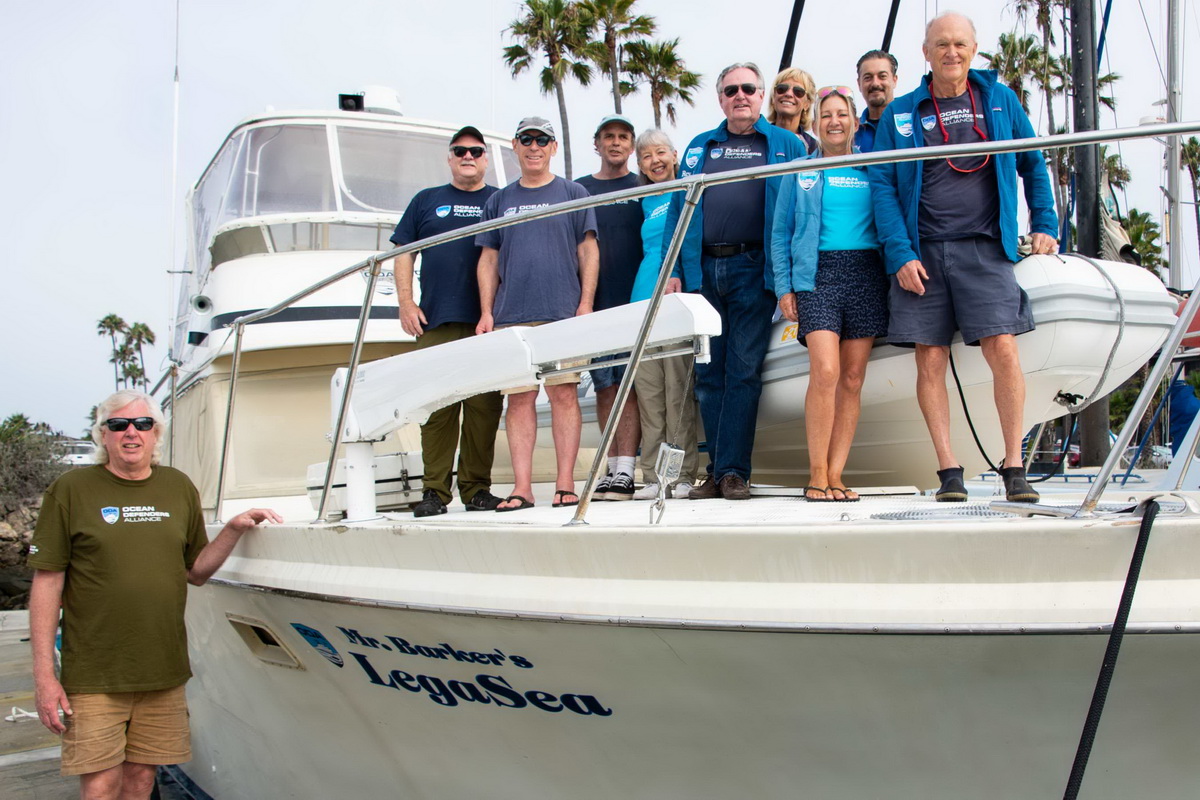 These kelp beds harbor a lot of wildlife, so we felt it was worth our efforts to remove what we could.

When we got to the site, which was about 12 miles from our boat slip in Oxnard, the seas were pretty flat with the waves no bigger than two feet.  Normally ideal conditions for diving.

As Kim, Erich, Al, and Geoff jumped in I could see the water was not very clear, in fact it was kind of milky.  When I asked Kim what the UW vis looked like, she said she could barely see her fins… Not a good sign, but sometimes the visibility gets better near the bottom. 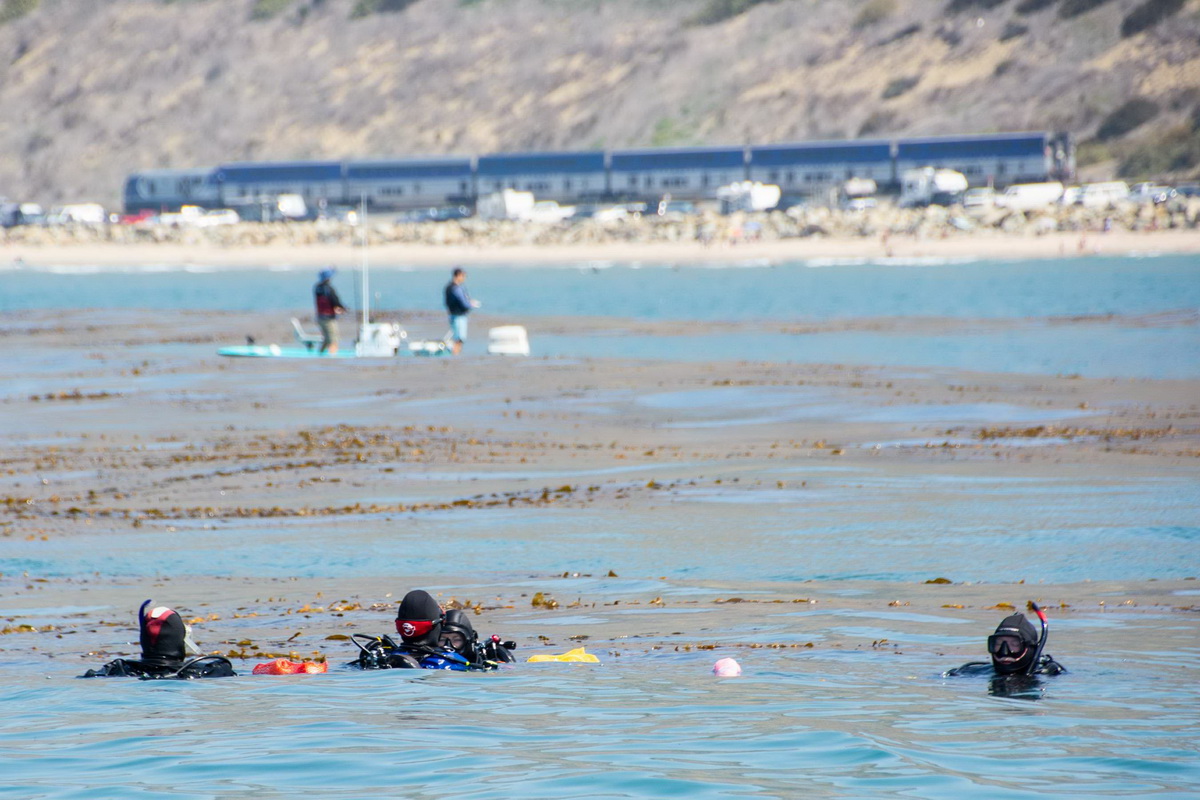 The divers used their scooters to motor over to the edge of the kelp bed, and after a few minutes of discussing the dive plan, they descended.

The rest of us on the boat made note of the time they went down and could see the diver’s progress by following the trail of their bubbles.  They hardly moved 20 feet when they all came back up.  They were down for all of three minutes…

Sue and Billy jumped in the RIB and headed over to see if there was something wrong with their dive gear. 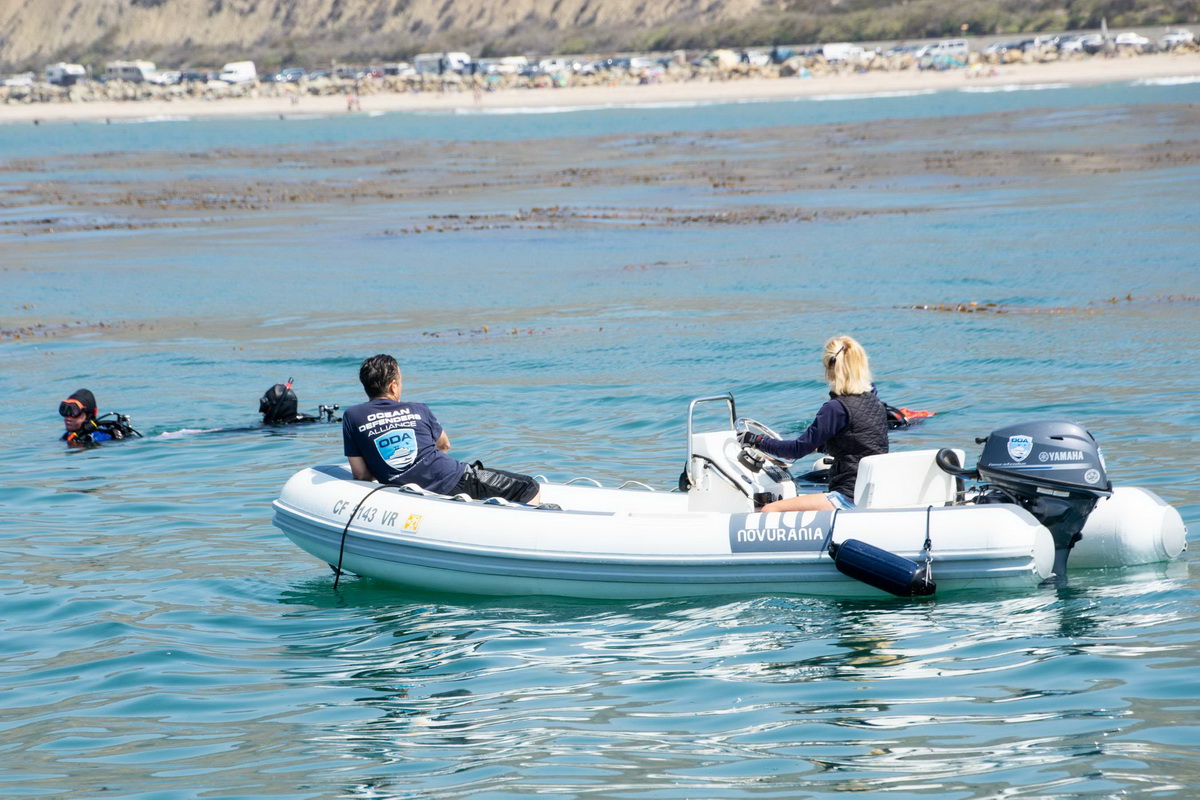 Nope, the UW vis (underwater vis) was so bad that they couldn’t see the bottom at all, and only knew they were there because their feet hit the sea floor.  They looked at each other and said, no way.

Without being able to see each other, let alone any gear they might find, they would lose sight of each other in a heartbeat.  So, they headed back to our boat and we decided that maybe, just maybe, we might find better conditions somewhere else.

We then headed back south to the breakwall that protects the entrance to the Ventura Harbor.  Tons of lobsters hang out there because of all the nooks and crannies they can find refuge in along the wall.

Where there are lobsters to be found in those numbers, you can be assured that there are plenty of traps set during lobster season.

Rob has seen dozens of abandoned traps here in the past, so as soon as we found a spot to anchor, the divers got their gear on and were ready to head down.  Kim offered to go see if the UW vis was any better here.  After she swam on the surface 50 feet towards the breakwall she headed back to inform us that is was even worse here. 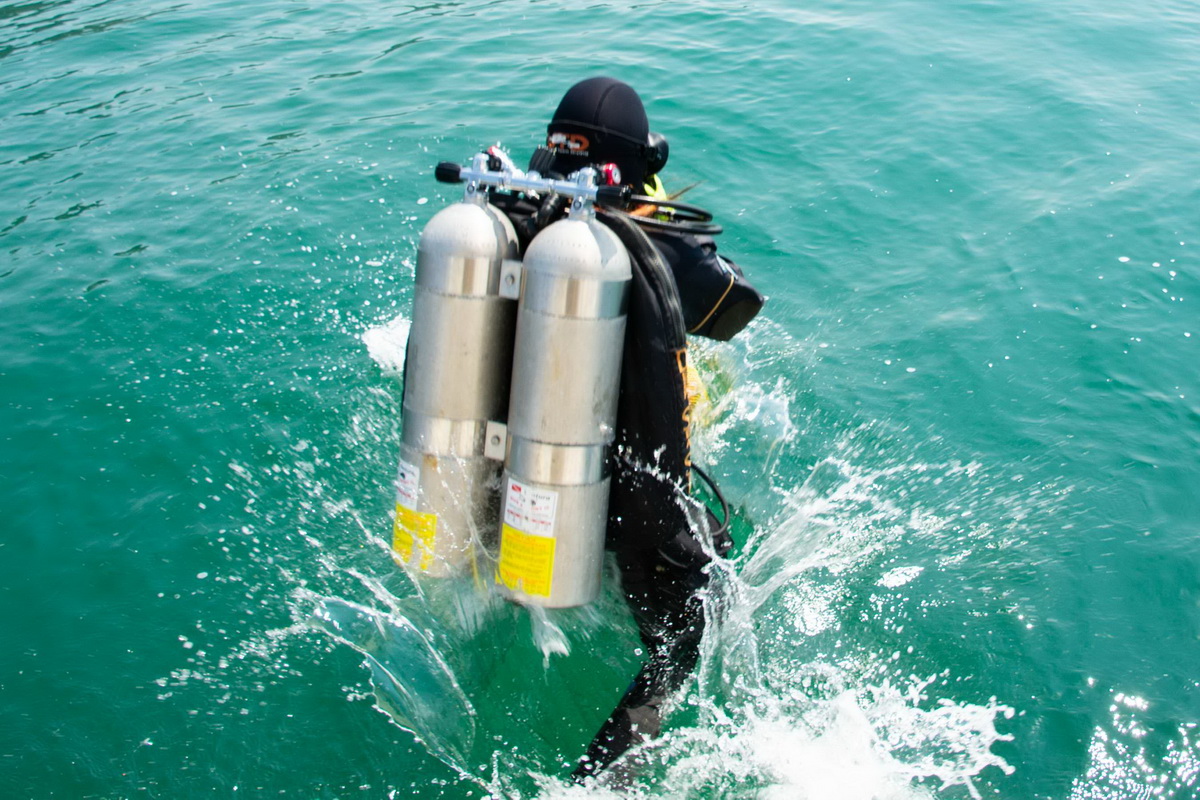 But that's how the oceans are, conditions can vary wildly from one week to the next. This time those blue/green waters were more like mud.

We headed back to our slip and just wrote the day off as another ODA scouting and training exercise.  Not every outing results in debris being removed, but you can’t say we didn’t try.

The very best part of the day was eating the lunch that Kathy had made for us that very morning.  It was delicious and healthy.  Thanks, Kathy!

We will do our best to get back out there soon!

The only way we can clean the ocean is WITH YOU. Please be part of the team that makes the oceans safer for wildlife and gives them healthier habitat!