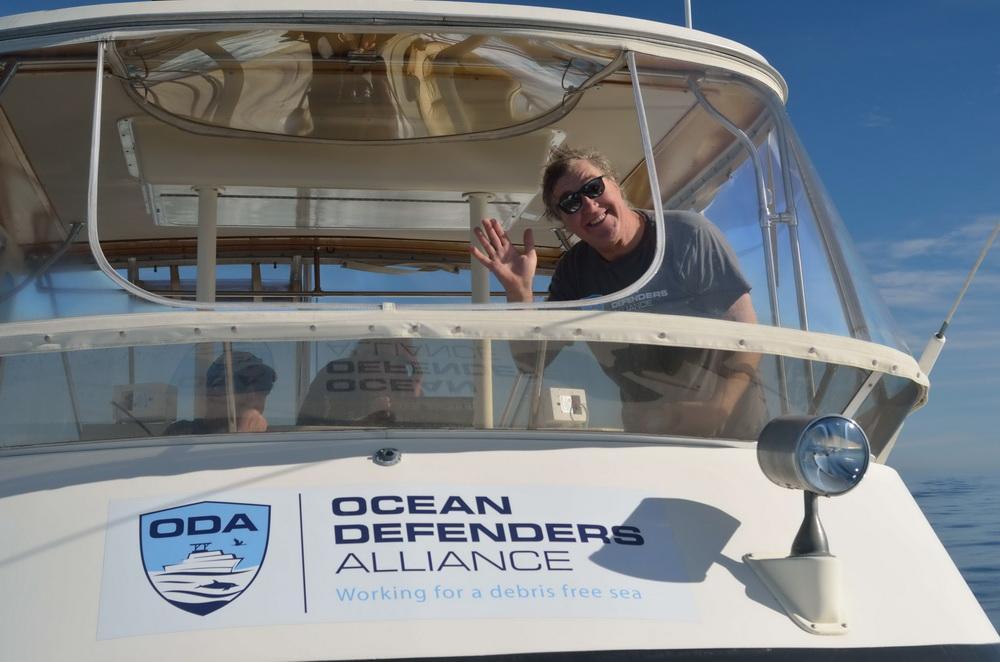 Walter Marti is a pretty amazing guy. He has been diving with ODA since July of 2011. He is a topnotch underwater (U/W) videographer, has won awards with his short films, and is a fun guy to be around. He is on ODA Board of Advisors and lives to dive. Just our kinda guy!

Walter was out diving with some friends on Saturday, June 10th when they found an artificial reef off the coast of Long Beach. He called me as soon as they got back to shore and said they had found an abandoned lobster trap and 100’s of feet of trap lines. He let me know the location and I set about trying to round up a crew to go get it.

Twelve hours later Jeff Connor, Al Laubenstein, Bob Walls, and I were motoring out of our slip in San Pedro and headed south towards the site. The seas were not exactly smooth going, and when we dropped anchor you could see a nice current running in the water.

As soon as Jeff, Al and Bob got into their dive suits, they jumped in and I very quickly handed them their scooters otherwise they would have been carried away from the boat. Their fins would not have been strong enough to overcome the force of the current. Thank you, Mr. Bob Barker, for buying those invaluable scooters for us! 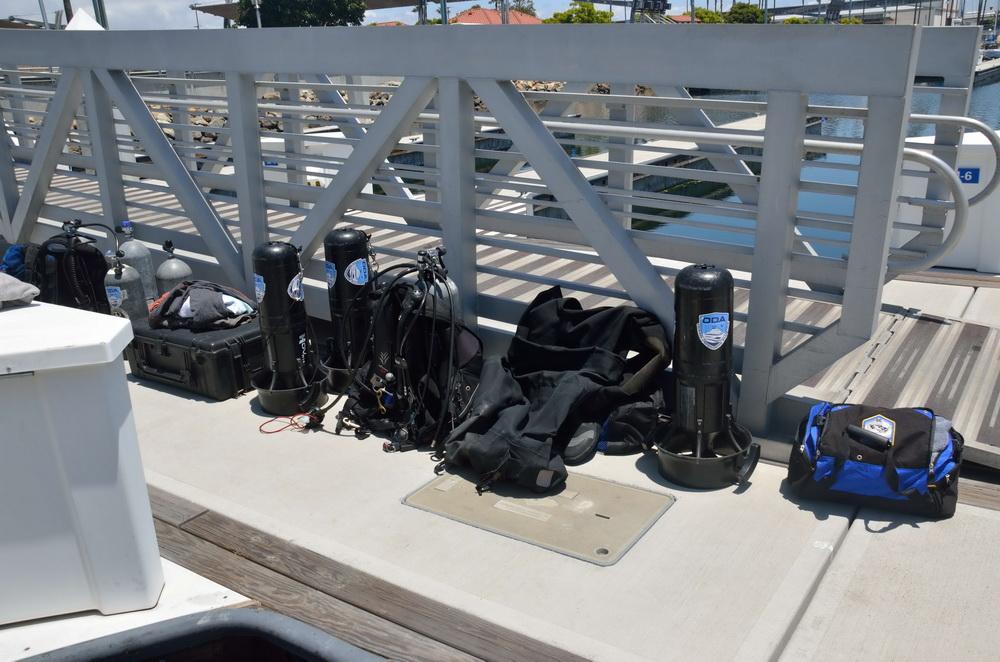 Thanks to Walters’ great description about where this site was, we dropped the anchor right on the wreck, literally. In fact, when the guys followed the rope down to the anchor they found a trap right next to it. They hooked up two lift bags to it, and the bags surfaced 50 feet directly in front of the boat.

The current was sending them right to me and I thought they may even come close enough to just grab from the stern of the boat. But…not to be, it floated by about 15 feet from me.

Five minutes later another bag broke the surface right in front of the boat. Would I get lucky this time? Dang, it floated by again, 15 feet away. Another five minutes and up came a third bag. Wow, they were busy down there! 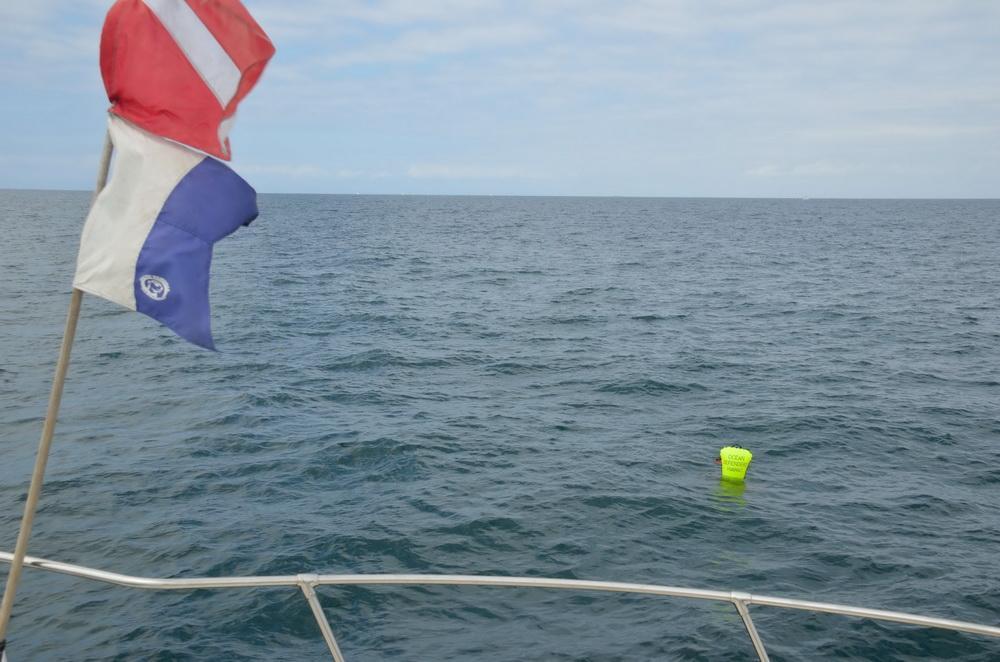 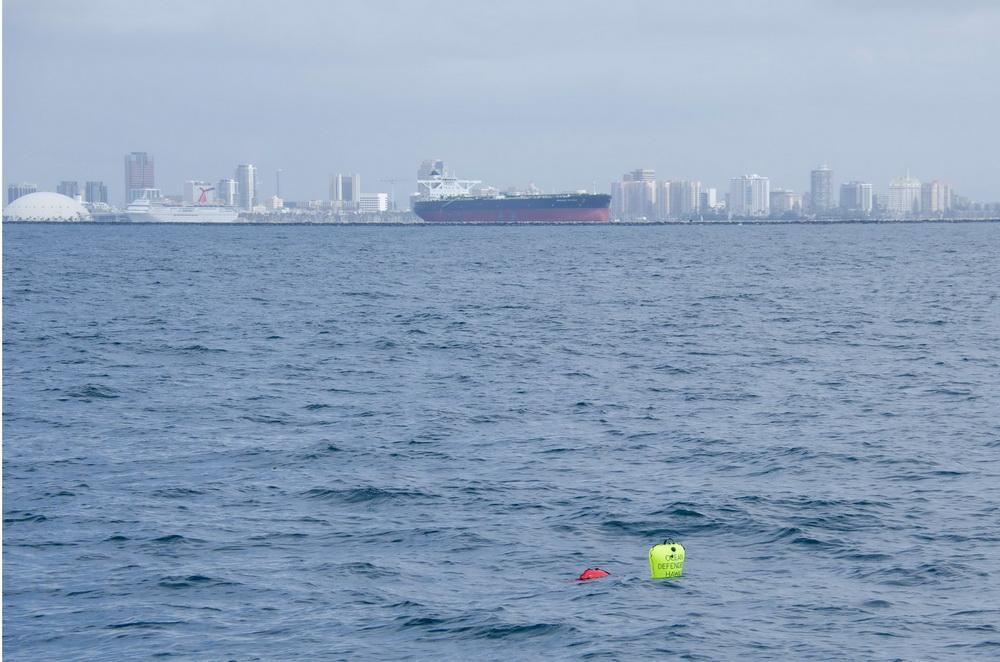 Same scenario, the bag was right in front, but this time it was within my grasp. I hauled the trap onboard without having to actually move the boat to go chase it down. Nice!

With all the divers back onboard, we hauled in the anchor and proceeded to track down the lift bags, which by now were a quarter mile away. One bag had hundreds of feet of line attached to it, and because it didn’t weigh much we were able to get close enough to grab it by hand. The last bag was actually three bags tied to the same trap. This was a heavy one, so Bob agreed to jump back in the water and attach the lift line from the davit (crane that is on the bow/front of our boat). Then Jeff and Al hauled it onto the deck of the bow.

Ocean Defender Debris Removal Experts Can Even Work in the "Dark"

When I asked Jeff if he was able to shoot any U/W video, he said he did, but the visibility (“vis”) was so bad that he didn’t think it would turn out well. Turns out the vis was less than six feet. When you start moving the traps and lines, the sediments that were resting on that stuff starts floating in the water column and reduces the vis to just about nothing.

What he did capture was very telling. This site is heavily fished, by both commercial and recreational fishermen. Here is a picture of a dead fish that died on a line that became entangled…just one of many. 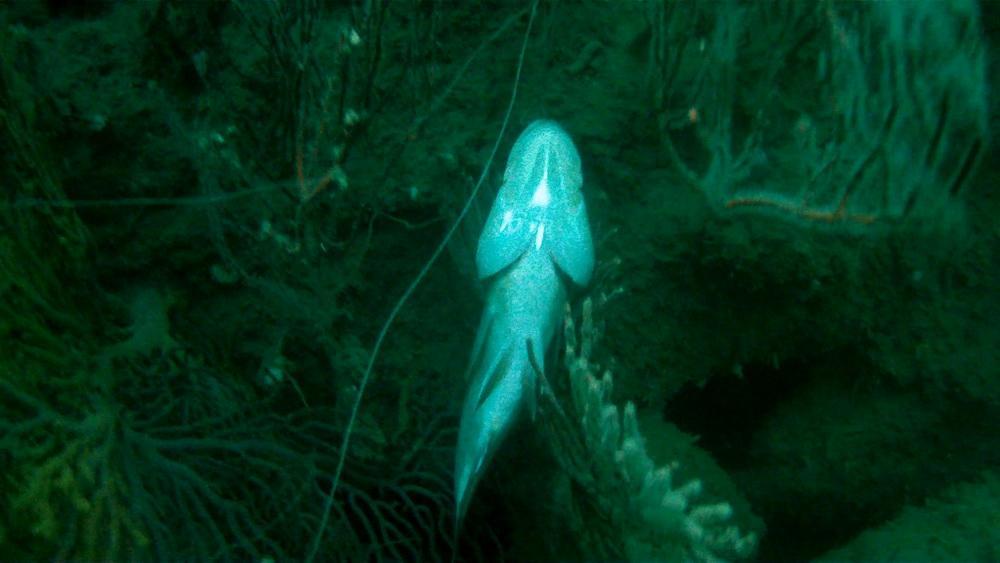 Al and Bob removed 300 feet of trap lines, but had to leave a lot behind because it was so tangled into all the marine life. They used their knives to delicately remove the lines without causing further damage to the ecosystem.

As you can see from these pictures, even though the lines are submerged and attached to the bottom, they float in the water column. Whales come through this area and for significant amounts of time they are swimming just above the ocean floor. You can imagine how they could become entangled. 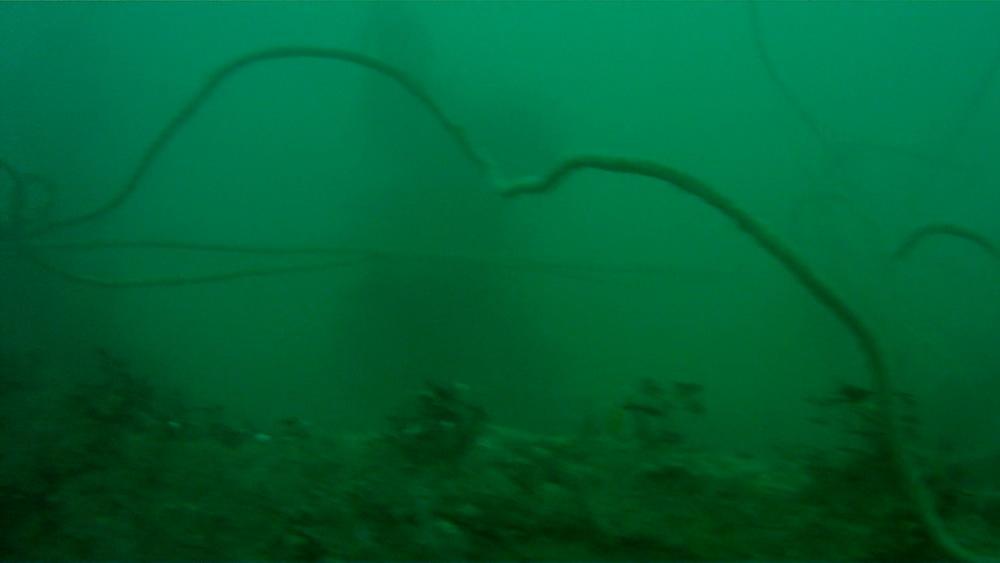 Realizing the dive conditions were so bad, not to mention the pounding we were taking on the boat because of the four-foot waves, we decided to be grateful for what we were able to remove and head back to our slip. We will be back as soon as possible. 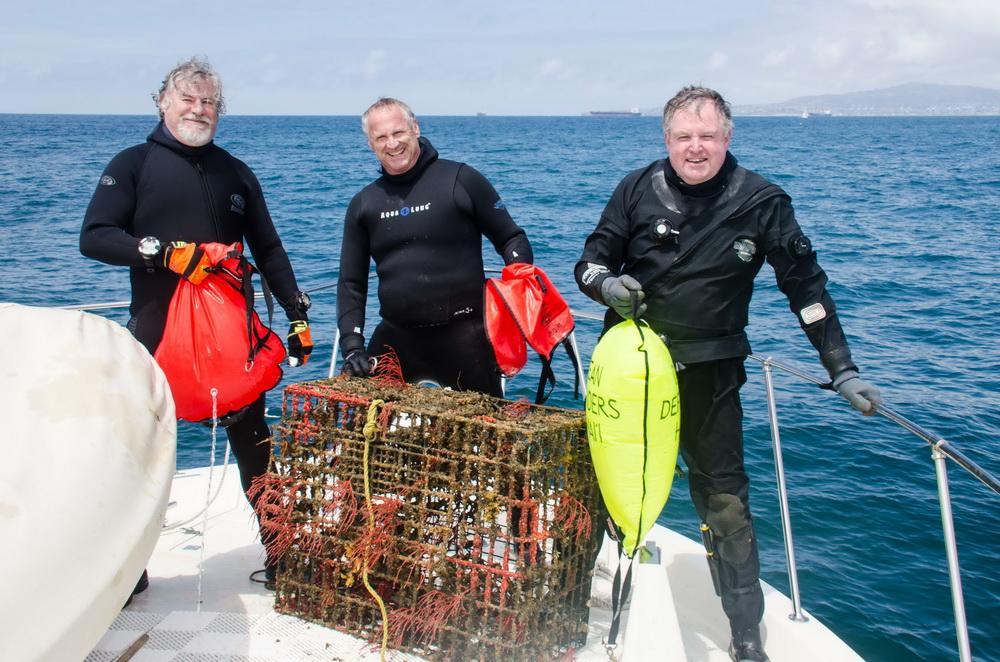 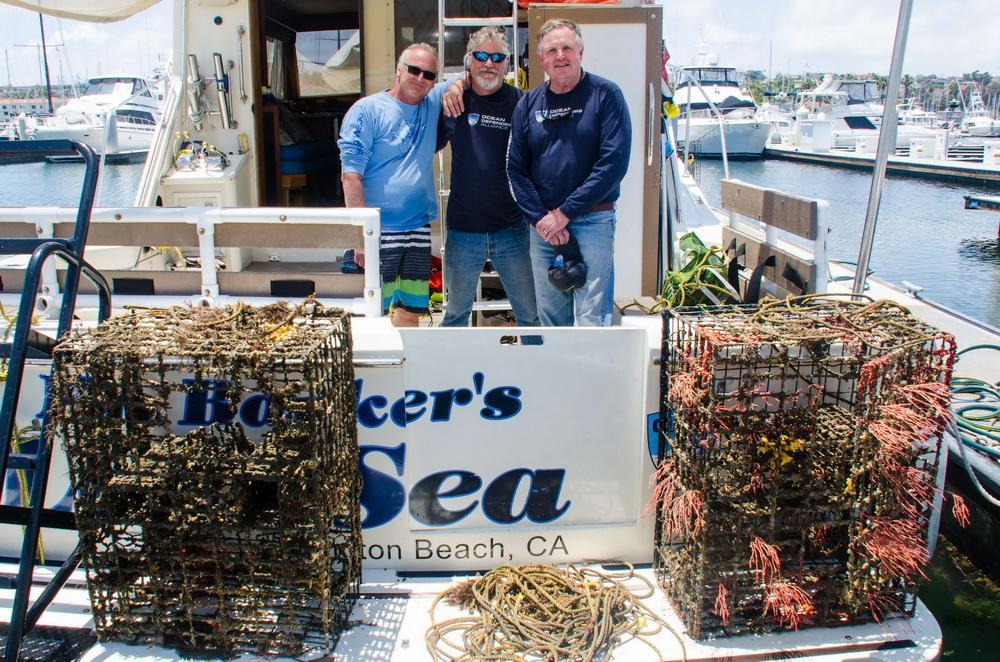 I want to thank Walter for letting me know about this site, AND to Jeff, Al, and Bob for literally jumping in at a moment’s notice. Thanks as well to all our supporters and donors for allowing us to have the resources to help alleviate some of the destruction humans are inflicting on our oceans.

If you want to support this great ocean-cleaning work, please visit our donation page. Thank you!