Matthew “Mash” Hatae is an ocean lover who wears a lot of hats, so to speak.  He is a boat captain, a dive master, photographer, husband, and a father.  He is also on ODA’s Advisory Board, and is our Hawai’i Chapter leader. 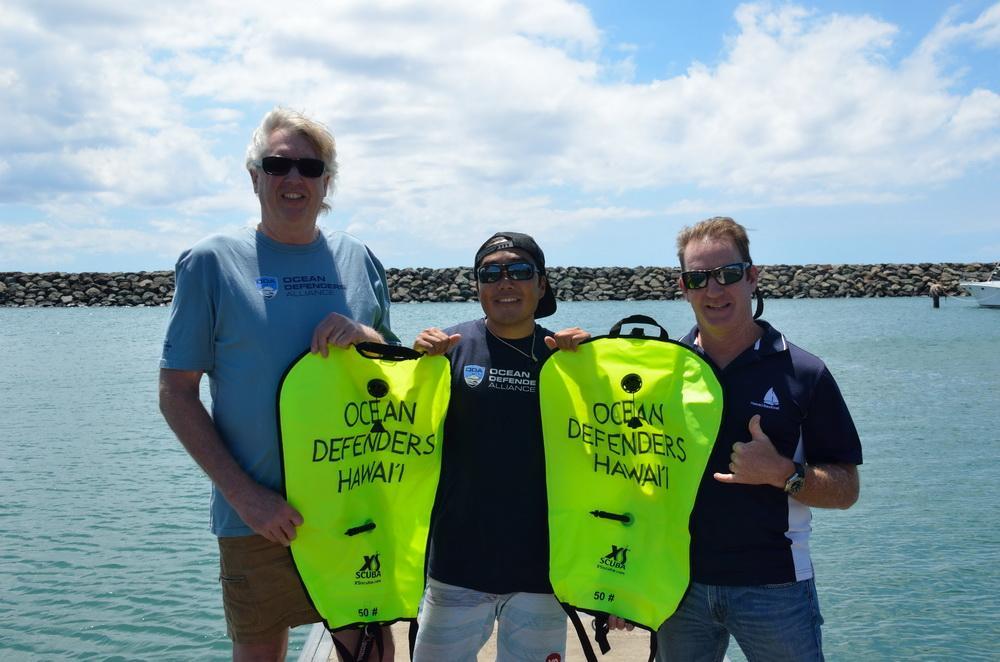 Mash captains one of Hawaii Nautical's whale watching boats out of Waianae Harbor, which is on the west end of Oahu.

Last Saturday, he was performing his usual job, captaining the vessel Ko Nau Lani, taking a boatload of tourists out to see the migrating humpback whales near a place called KaEna Point.

They were near a mother and calf pair, filming them as the two were breaching and having a good ol’ time playing around.

He spotted something in the water that didn’t look right. They saw a couple of floats bobbing up and down on the water. As they pulled to boat up closer, they saw that there was something dangling from those floats, deep into the water column.

Mash pulled the boat up alongside the debris and started to haul it onboard. It was then that they discovered that there was a lot of net attached to the floats, including 100 feet of heavy duty line. This is exactly the kind of debris that entangles whales—at an alarmingly high rate! 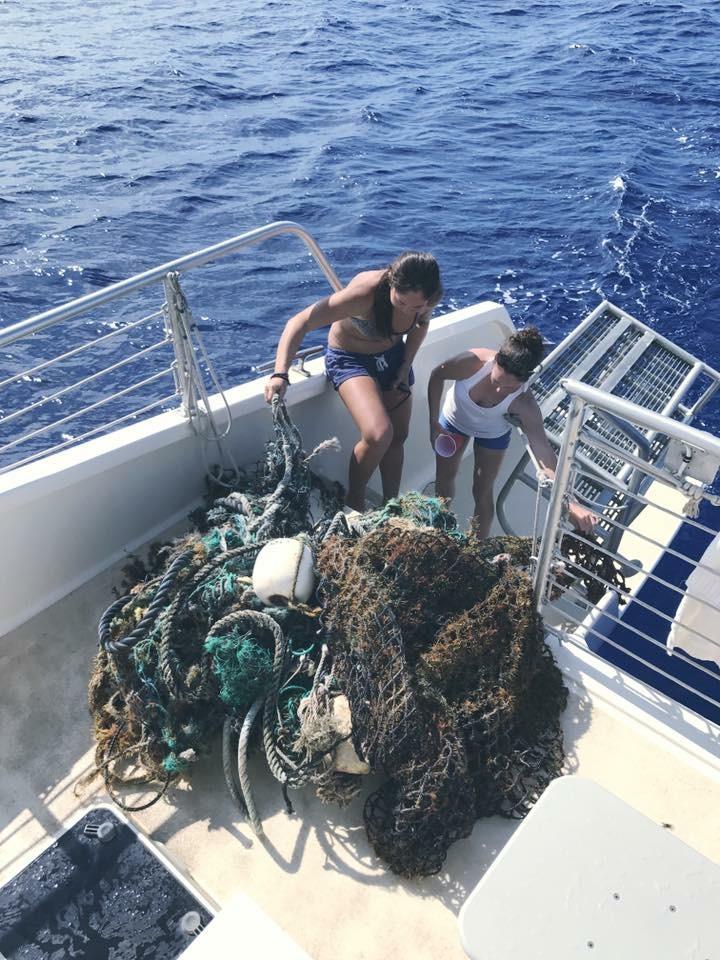 Because the mother and calf were so close, it was fortuitous that Mash removed the ghost gear before it became a life-threatening issue for these unsuspecting whales.

In all, they removed well over 150 pounds of the net and line. GREAT job Mash and team!

You are needed! Please be part of cleaning the coastal waters by donating today.