Individuals in Our Alliance Defend the Oceans

Sometimes the power of one is enough.

With most of the country being asked to stay inside during this pandemic, it feels like there is nothing we can do to save our marine wildlife.

But that’s not true! When you’re permitted to be in open spaces, you can easily do good things.

Here are just two examples of people doing what might sound like small measures, but they are indeed significant.

In early April, I received an email from a guy named Eric.  He was out paddle-boarding off the coast of Laguna Beach and came across two lobster trap buoys that should not have been there.  You see, the lobster hunting season ended in early March, and all the traps were supposed to be out of the water. 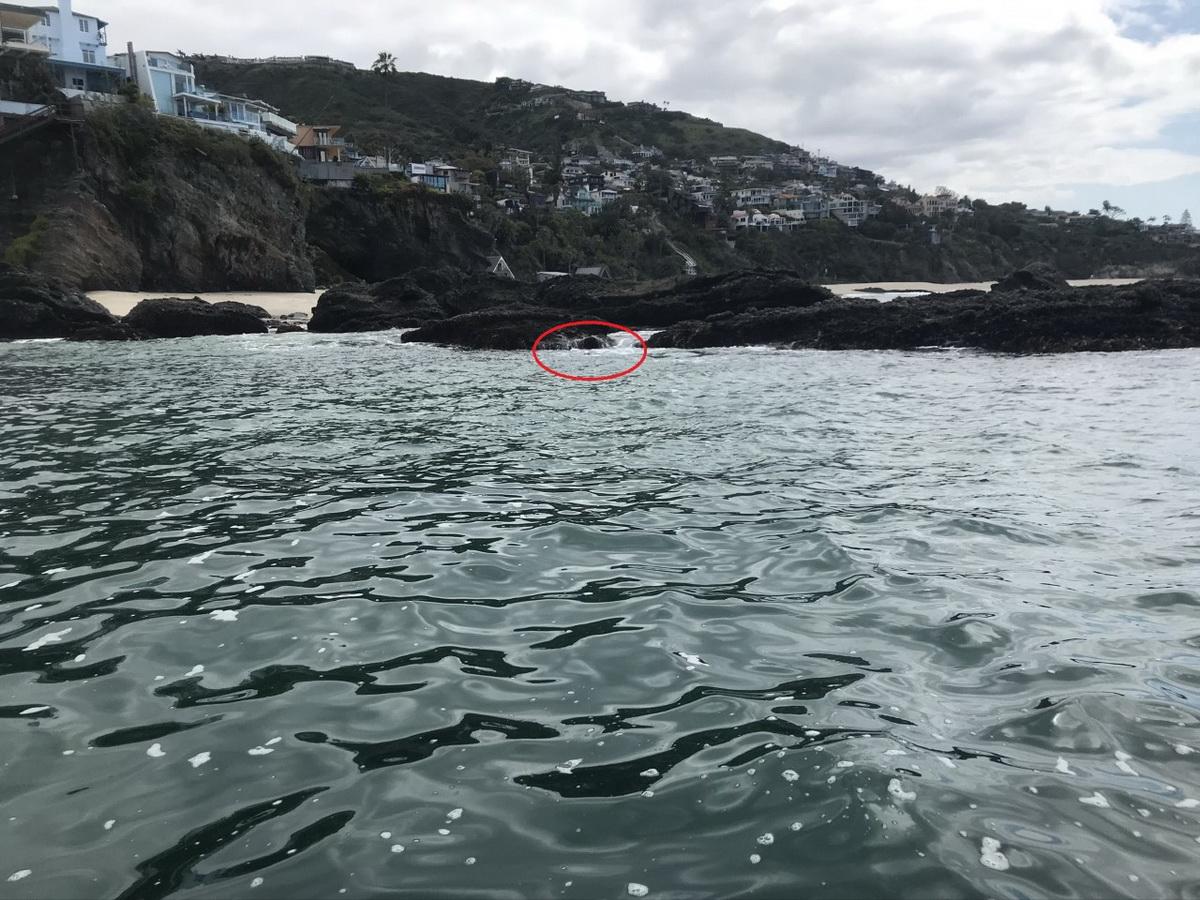 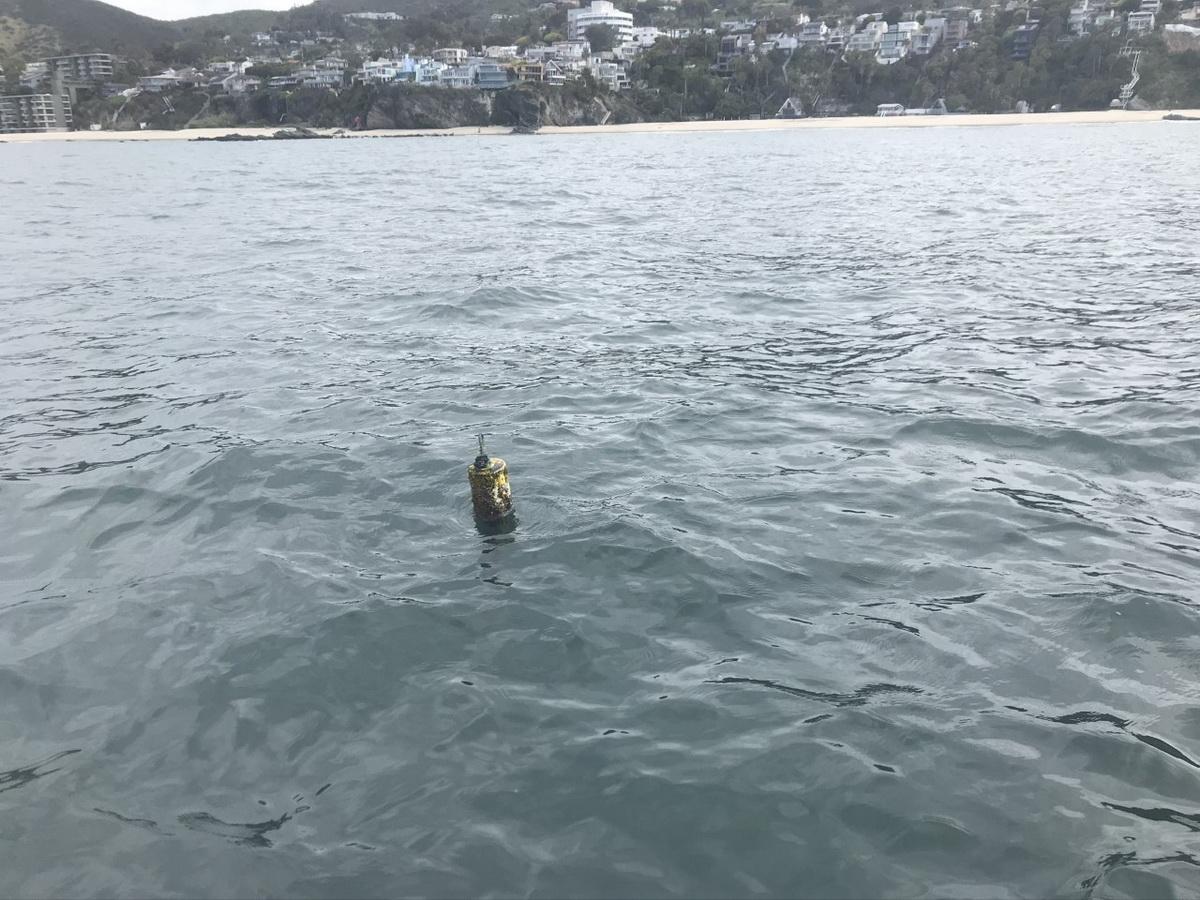 Fishermen identify the spot of their lobster trap with a marker buoy. 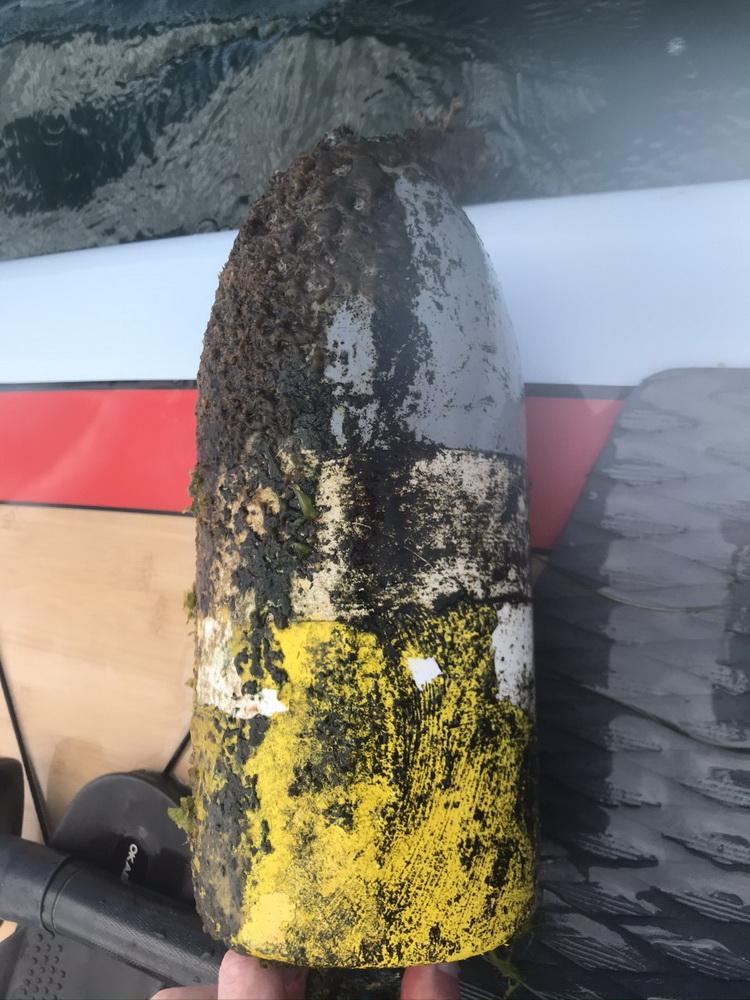 As soon as Eric got home, he contacted me via our online “report ghost gear” link.  I called him right away, and immediately recalled that he had called me a couple of years ago to report a similar situation which resulted in us taking our boat Mr. Barker’s LegaSea down to Laguna and removing two abandoned traps. It’s always good to hear from Eric because we get opportunities to remove abandoned fishing gear that continues to wreak havoc on marine wildlife and their habitat!

This time Eric had pictures to go along with his description of where the two traps were.  During our email conversations, we pulled in one of the Marine Safety Officers in Laguna Beach.  He told us that he would check the situation out and let us know if ODA needed to get involved or not.

Just two days later we were told that the two traps were removed!  Wow, things don’t usually go that smoothly, but that is why we call ODA an alliance, we work with all kinds of agencies and people to accomplish our mutual goal of freeing the ocean of man-made debris.

Thanks to Eric for being alert and continuing to defend the oceans!

It felt really strange to be locked inside on Earth Day, April 22nd.  That is one day we’ve always been able to be out in the public talking about ghost gear and what ODA is doing about it.

As you may know, we’ve been working with three dive shops in Hawai’i over the last several years.  Because of that, w’ve inspired hundreds of divers to go on our coordinated cleanup dives, and some have even taken to removing underwater debris on their own! 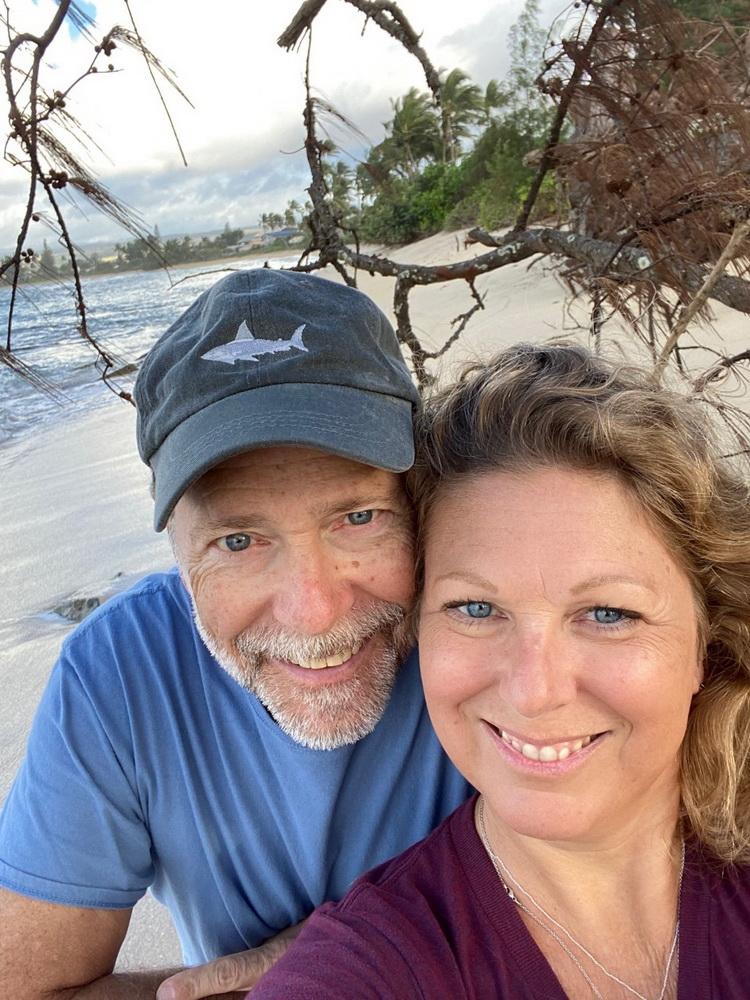 Marjorie and Mark England are just those kind of divers.

Having moved onto Oahu recently, and being avid SCUBA divers they immediately signed up to go on the next cleanup dive with ODA and our boat charter partner Island Divers Hawaii.  Unfortunately, that dive had to be canceled due to the coronavirus shutdown.

Disappointed, but NOT deterred, Marjorie went out snorkeling on the east side of the island at Kailua Beach on Earth Day.  This is a really special beach on Oahu, and revered by many.  Unfortunately, it gets slammed by an inordinate amount of marine debris that accumulates there.  We have pulled up over a thousand pounds of net from this beach over the years.

Back to Marjorie.  She was enjoying her solo snorkeling dive when she came across a bunch of fishing lines, lead weights, and other plastic debris.  Luckily she had a small mesh bag with her and started to fill it up. 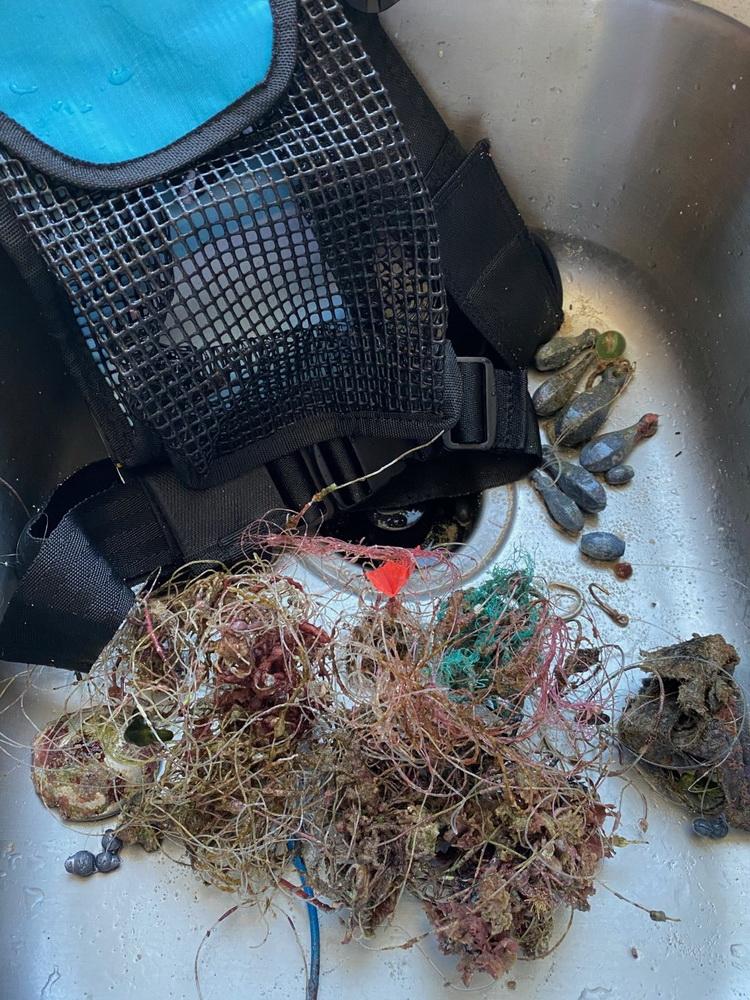 She ended up with what looks like over 300 feet of fishing line and several lead weights. Way to defend the oceans, Majorie!

This is exactly what ODA is all about, getting people involved even if we can’t be together!

If you want to be part of our Alliance to defend the oceans, you can do so by making a donation so that we’ll be ready to fuel up the boat when the stay-at-home orders are lifted…OR…by filling out a volunteer application so you can be ready to go out with us soon. Either way, we welcome you and thank you!