In our never-ending quest to be more efficient AND effective at locating and removing ghost gear, we made a significant upgrade to our equipment recently.  Thanks to a generous donation, we were able to purchase an underwater (UW) Remotely Operated Vehicle (ROV). 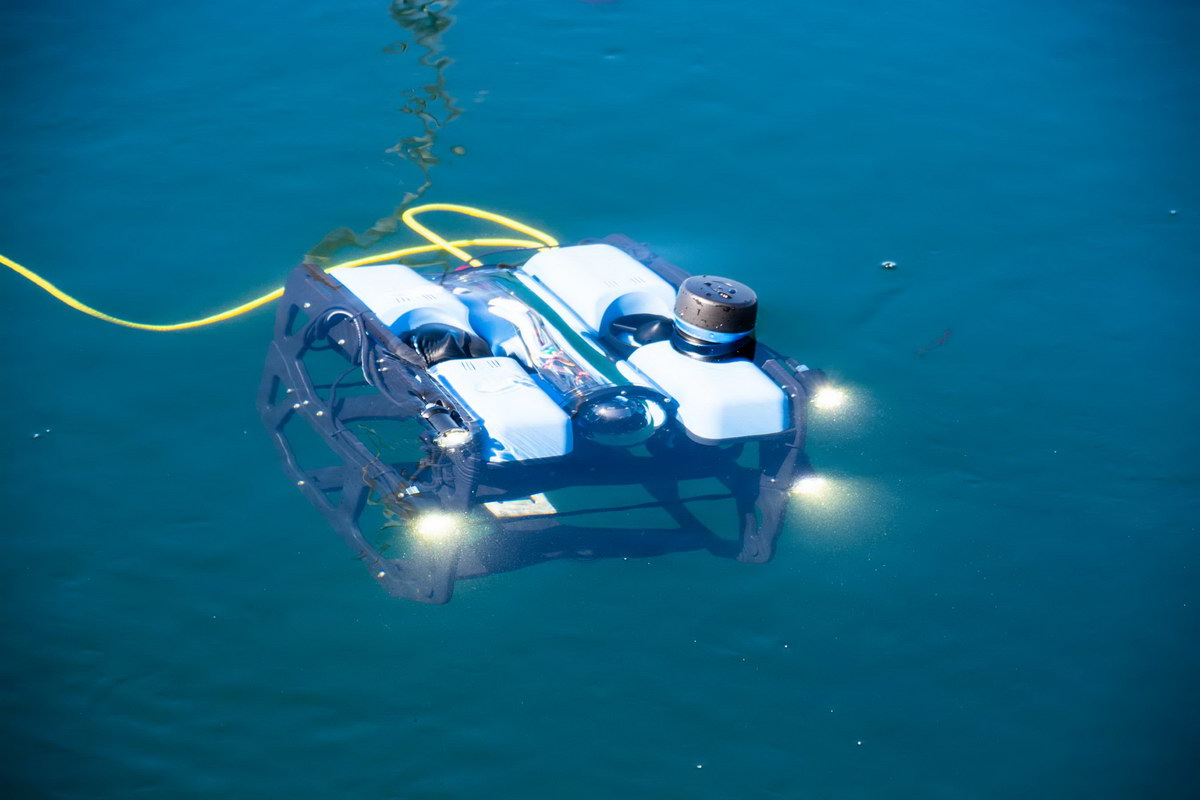 Late last Fall, longtime ODA supporter Gershon Cohen with the Alaskan Clean Water Advocacy called me and said a friend of his wanted to know if ODA had need for some funding that would significantly help our diving operations.  I told him one area we had always dreamed about is the newer technology that gets used in underwater recovery operations.  Things like ROVs and Side-Scan Sonar devices.  Things we could never afford before.

We’ve had great success using volunteer divers for almost 20 years now, but they spend a significant amount of their time looking for the traps and nets that we remove.  It would be great if we had some way of initially locating this stuff without divers and then put divers in the water AFTER we already knew where the objects were located.  This would spare the divers from having to spend so much time UW and lessen the toll that depths can have on their bodies.

Our dream becomes a reality

ODA received the grant money in October. We’re very grateful to this generous donor, and so appreciative of Gershon's introduction. Since that time, we’ve been investigating a host of different technologies offered from a variety of companies that make these devices.

After months of carefully reviewing all the options, we made our first purchase using these grant funds.  We bought an ROV from a company called Blue Robotics.  The ROV has a camera onboard, complimented with four video lights.  The camera is linked to a computer and lets us – on the dry deck – see what the UW camera is looking at.  The device has a tether which has a fiber optic line running through it that’s connected to the computer.  Nobody gets wet! 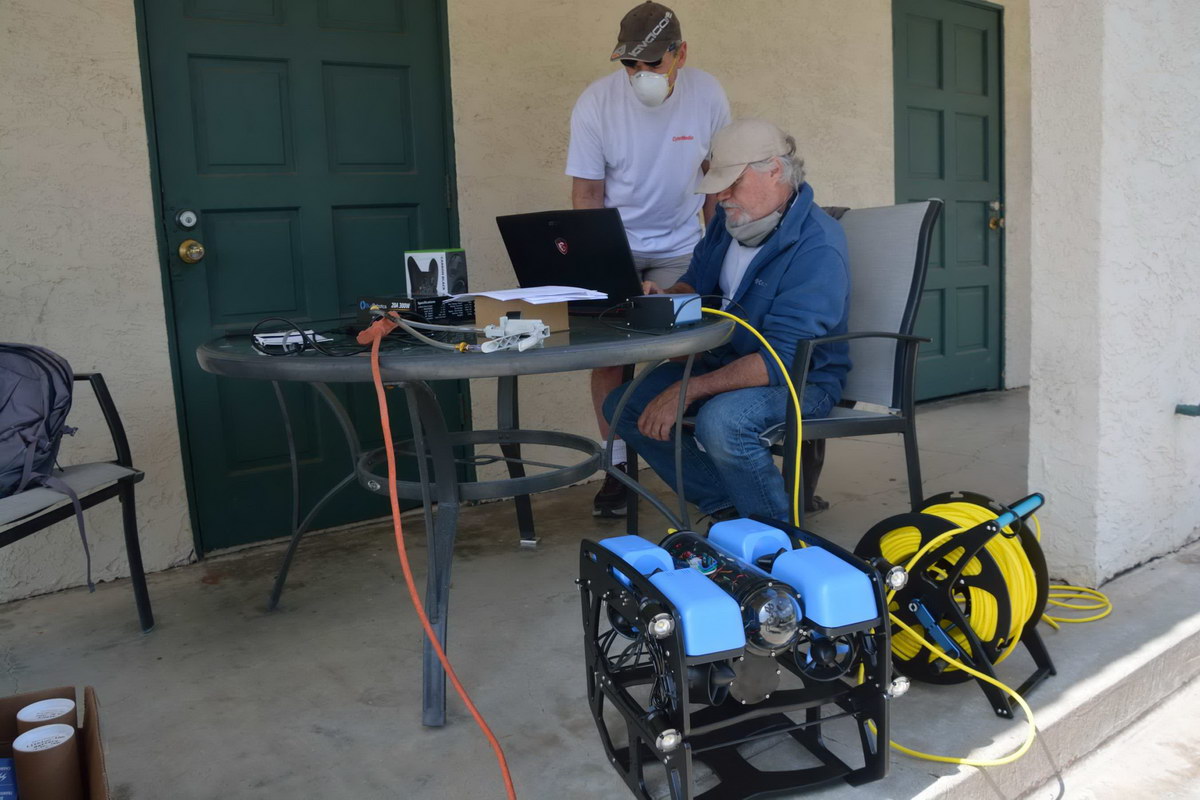 Setting up the ROV

The ROV also comes with a “pinger”, which sends out an electrical signal that bounces off an object.  When the signal comes back to the sensor, it gets displayed on the computer screen.  It’s kind of like what you would see when a boat uses radar.  Take a look at the picture below to give you an idea of what I am talking about. 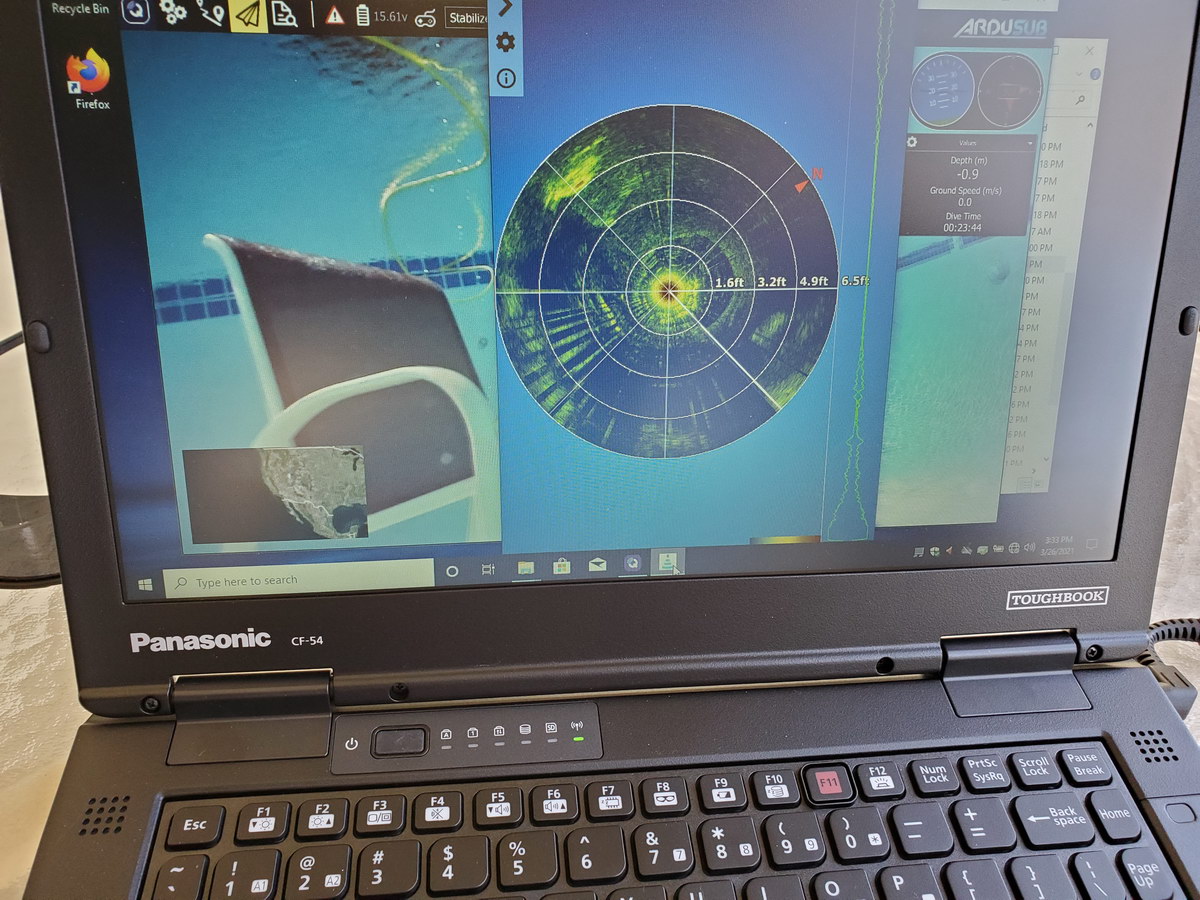 ODA volunteers Jeff Connor, Dave Merrill, and Geoff Walsh met up at my house and spent a couple of days assembling it. Then on Saturday, March 20th, we took it to a freshwater pool and dropped it in. 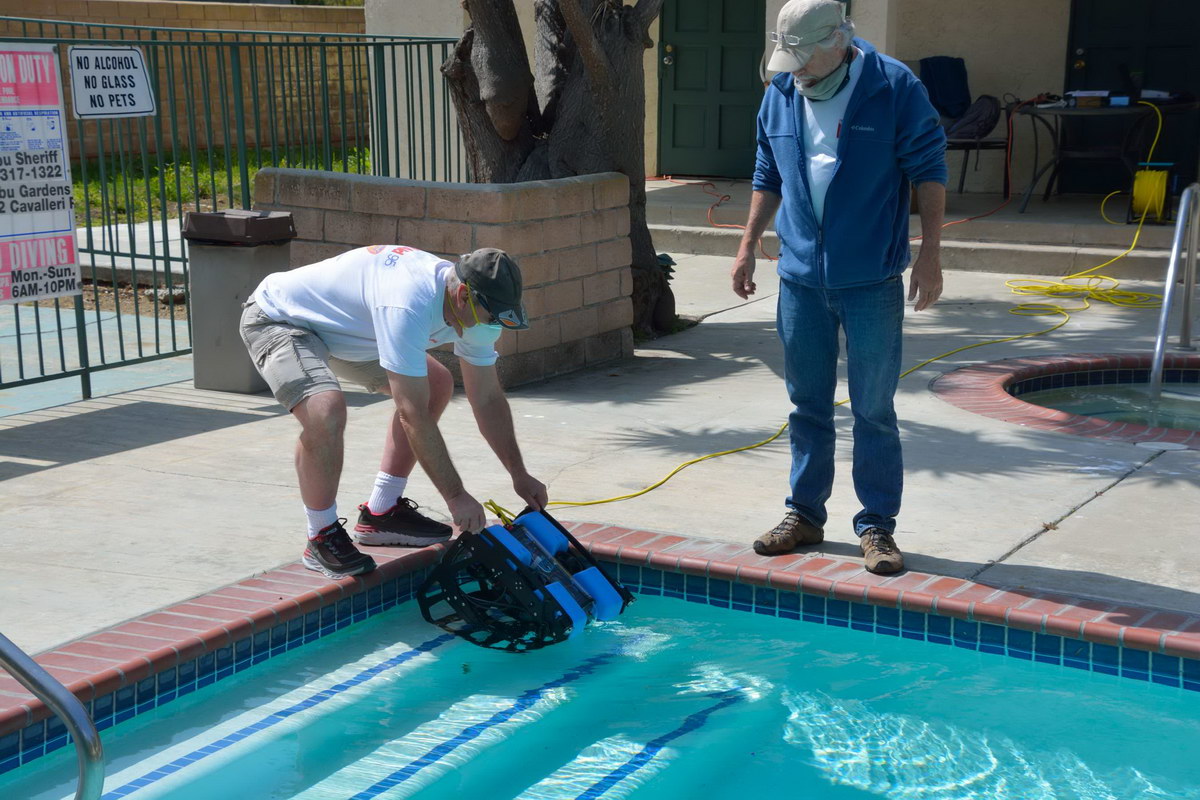 We wanted to make sure there were no leaks (which there weren’t).  We then proceeded to get comfortable with the controls and had the ROV do a couple laps around the pool.  That was exhilarating!

On Saturday, March 27th, a few of us met up at the boat in San Pedro.   We “held our breath” while we tested it out in the environment that we will be using it: the ocean. 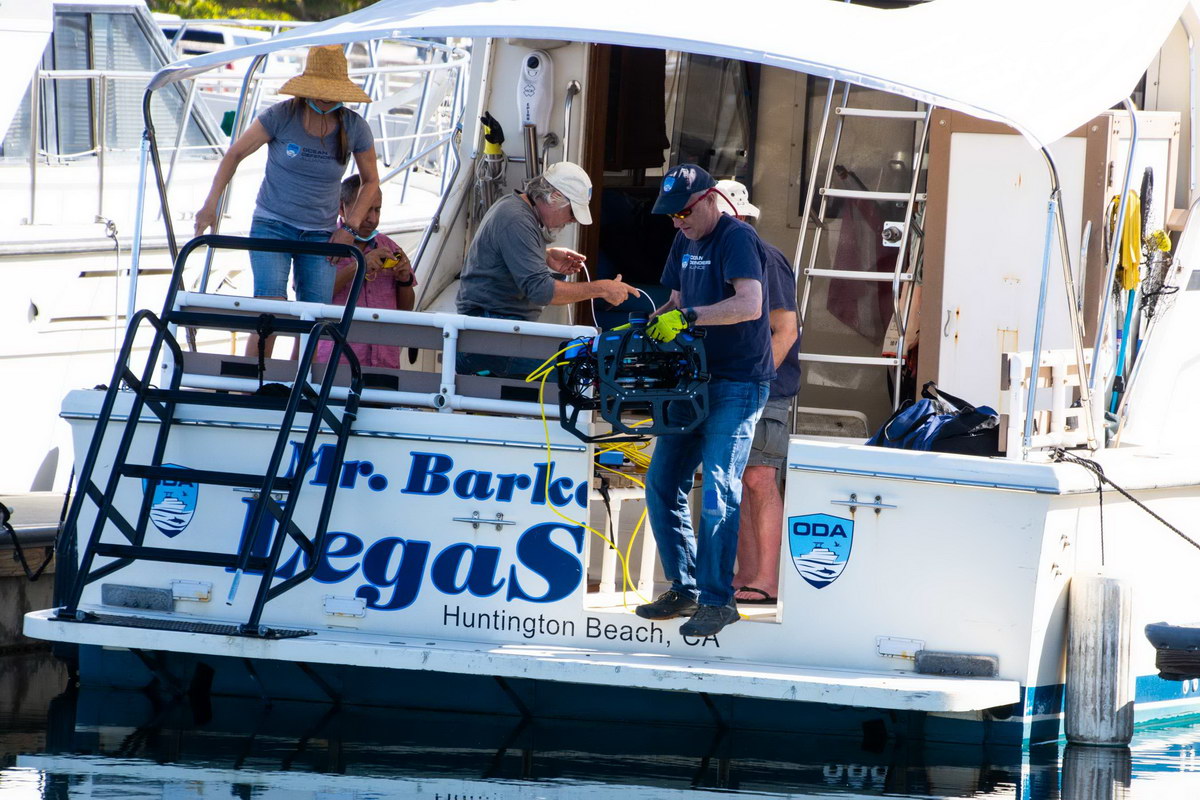 No leaks, the thrusters worked fine, AND the lights worked!  We moved it up and down in the water column and maneuvered all over the area.  It was a great success! We now plan to take it out next weekend and start using it to help us locate abandoned traps and nets…without a single one of us getting wet. 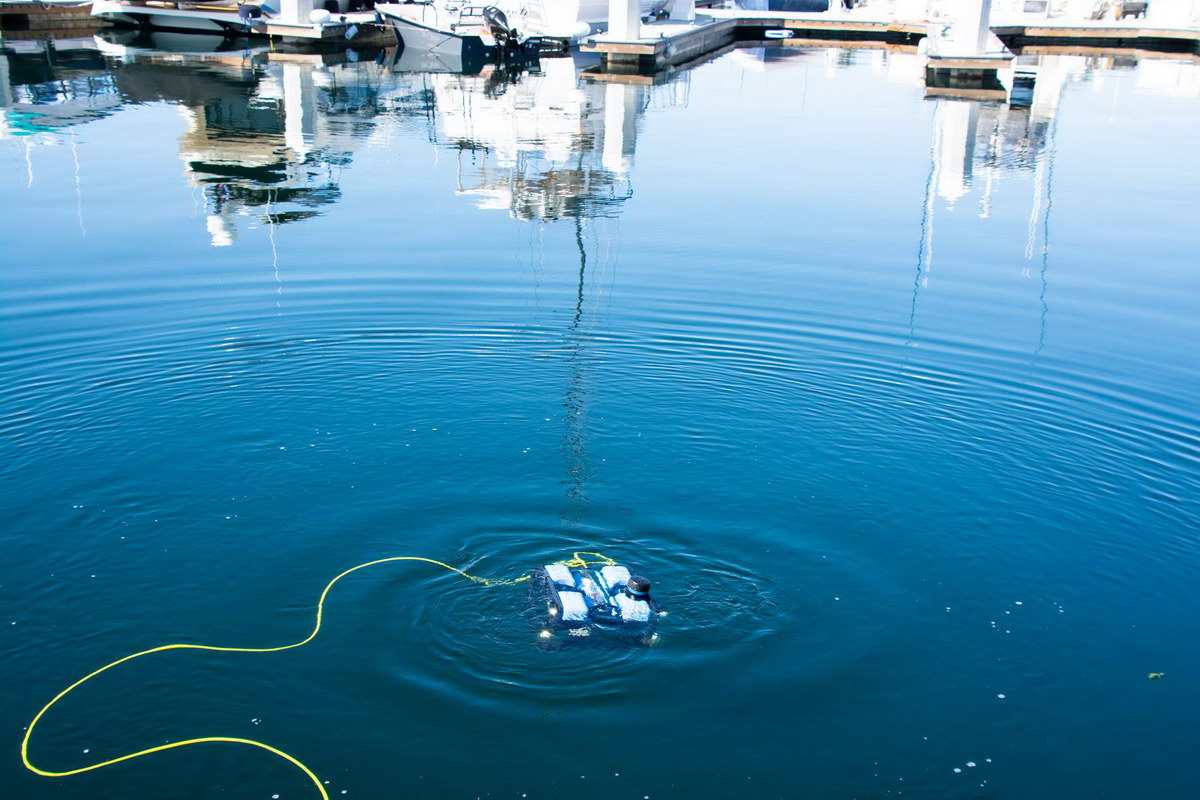 This is really exciting and revolutionizes our operations.  Now we can take just a few people out on the boat to locate the ghost gear, then put together a dive team to go out another day and get the debris out of harm’s way.

This is a great opportunity for people who don’t SCUBA dive to come out on these reconnaissance runs and help us on the boat.  How about that?! No dive skills required to defend the oceans!

If you’re interested in helping as a deckhand on a recon run, please send us an email and we’ll get a volunteer application to you.