Even though we’ve been turned back by mother nature the last few times out, 11 dedicated volunteers showed up on Sunday, June 4th, to do what ODA does best: search, locate and remove abandoned fishing gear. 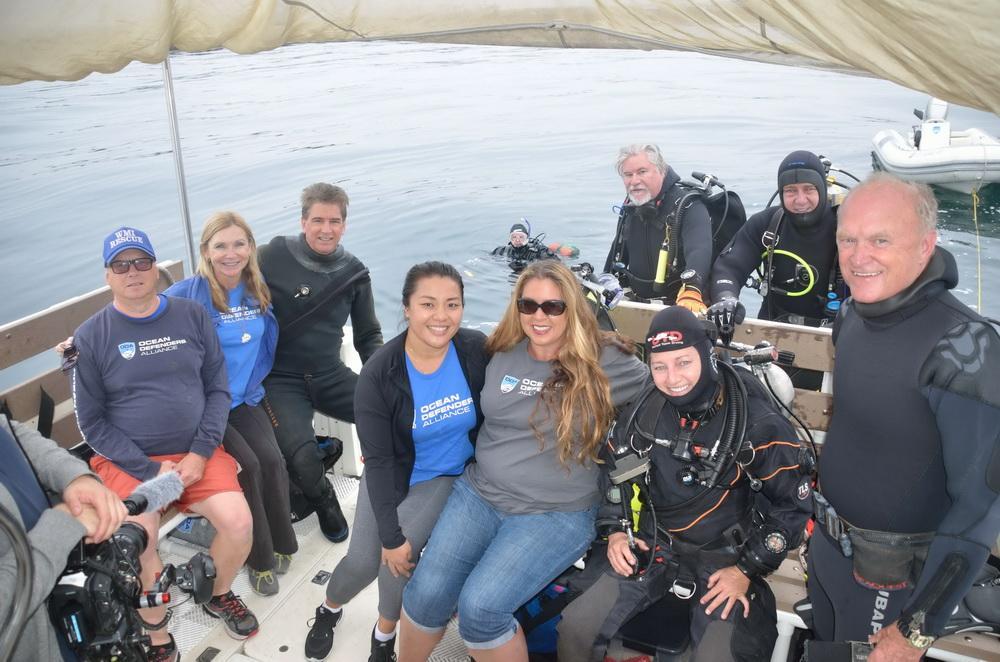 Like most June days in Southern California, it started out foggy, with visibility about half a mile—it’s call June Gloom. We started loading the divers’ gear on the boat at 8:30am. As soon as we were ready to head out, we found out that our small boat (called a RIB – rigid inflatable boat) wasn’t working. This is a vital piece of equipment we use to make sure our divers are safe. 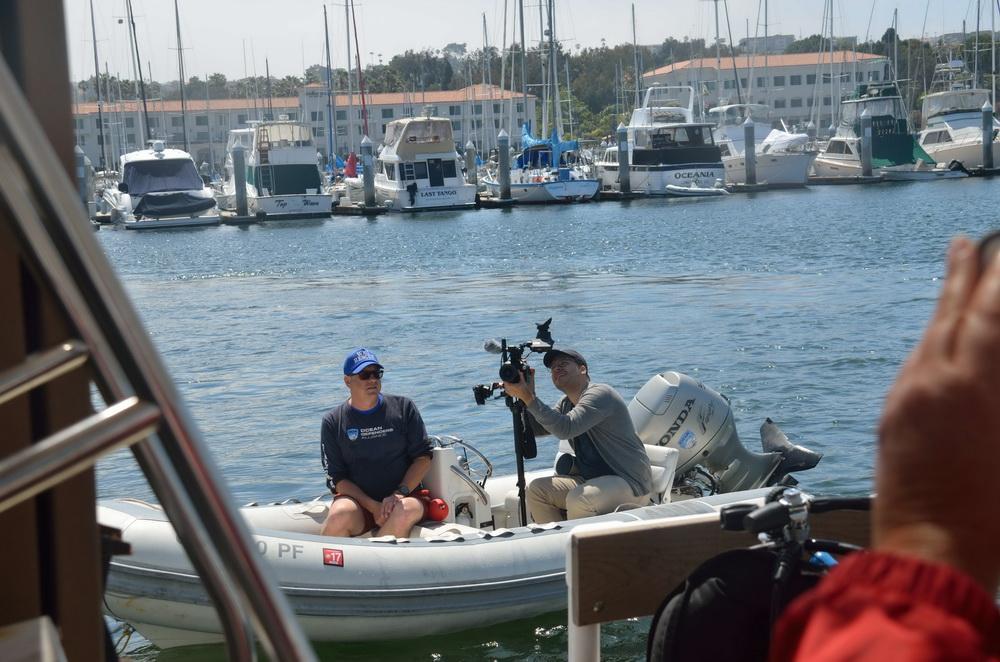 When a diver is at the surface of the water, boats that come speeding by often don’t see them. If a team of divers surfaces a long way from our boat LegaSea, we use the RIB to keep boats from getting anywhere near the dive team, by running interference. So, not having the RIB to use means that we will be even more vigilant while the divers are in the water.

The dive team this day was: Kim Cardenas, Jeff Connor, Dan Eisenbeisz, Al Laubenstein, Walter Marti, and Dave Merrill. For deck support, we had three volunteers join us for the first time: Susan Biegel, Jennifer Luu (photographer), and Daryth Morrissey. Rounding out the crew was Bill Maley, who took charge of being the safety officer and made sure all the divers were well tended to.

Also onboard was Justin Goncalves, a reporter from a show called GREAT BIG PICTURE. He is producing a short video story that will be online shortly. Make sure to check our website or Facebook page to see it.

As we were leaving the Port of Los Angeles, we rounded the Angels Gate Lighthouse and headed west along the breakwall until we found a spot that looked like a likely debris site, in that the depth finder showed that there were some rocky reefs under the boat. So, we dropped anchor. But before the anchor even hit the bottom, Jeff noticed that the underwater visibility looked horrible.

So, we pulled up anchor and headed about 300 yards away to another spot that looked promising. I anchored close to the breakwall, knowing that this is where the winter storms push anything that isn’t anchored to the seafloor to. “Vis” looked much better here, so all six divers jumped in.

Kim and Dave teamed up, as did Jeff and Al. All four of them used UW scooters. Walter and Dan paired up and headed right for the wall, where Walter got some GREAT underwater footage for us! You can click on each image to enlarge them and/or you can see them in our slide show below.

We started seeing lift bags come to the surface, and before you knew it, we had three of them in our view. This means that beneath them some kind of debris is attached; most likely abandoned lobster traps.

It feels great to remove all this abandoned fishing gear that has the potential to injure or kill a whale (and many other ocean critters and l.

One minor problem though, all the lift bags were really, really close to the breakwall, and we didn’t have a functioning RIB. This meant that I had to take a 55-foot boat get it as close to the rocks as possible while the deck crew tried to haul the lift bags onto the boat. In addition to this, we had divers in the water who needed to get out and back on the boat. 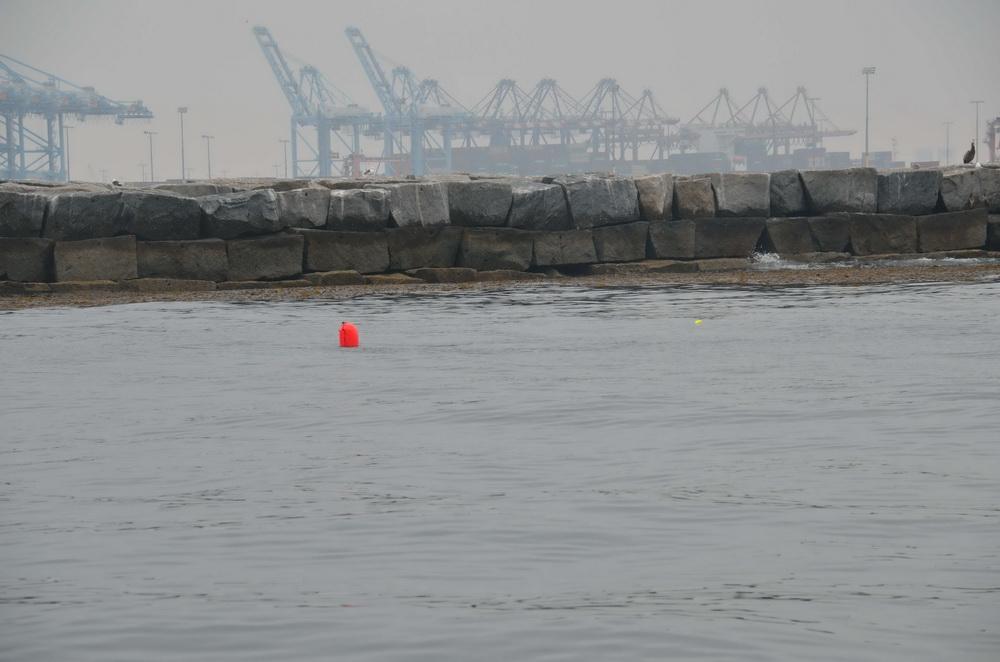 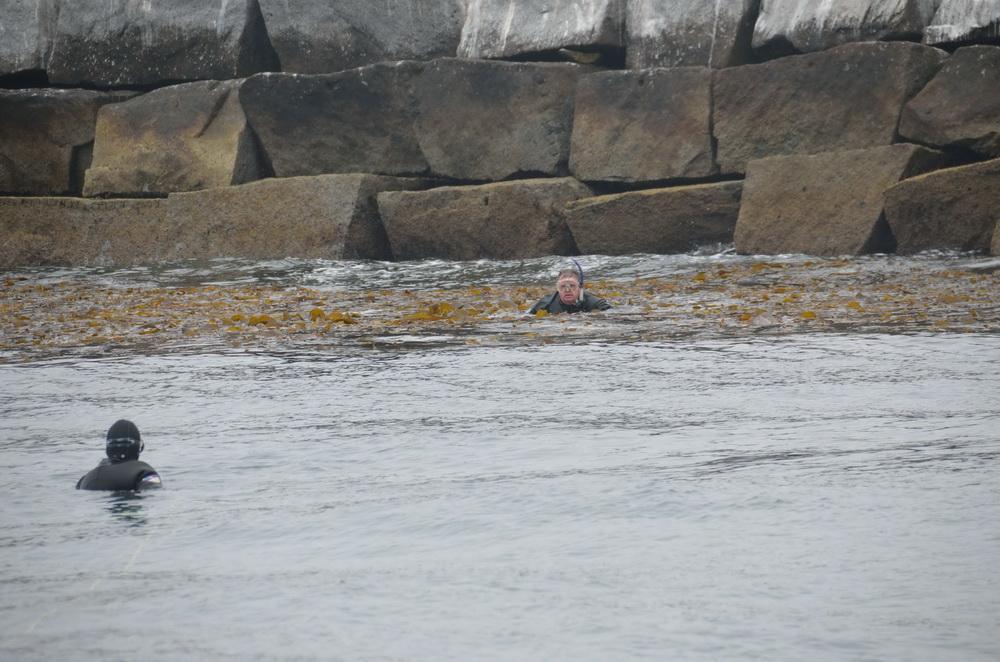 When a diver is at the stern (the back of the boat) and needs to climb up the dive ladder, I shut the engines down so there is zero chance that the propellers are still turning. At this point, everyone needs to be on alert. Divers need to get onto the boat as quickly as possible, AND safely. Then, and only then, can I start the engines back up and get away from that wall!

Because we were in such a bind, and Jeff was still in the water, I lowered the RIB into the water just to get something closer to Jeff. I asked him to hold onto the RIB and I would tow him further out. I took it slow, but being towed at four miles per hour through the water is brutal. Your arm feels like it is going to be yanked off, and your hand takes a beating as well. We got him out of there, but Jeff was exhausted. 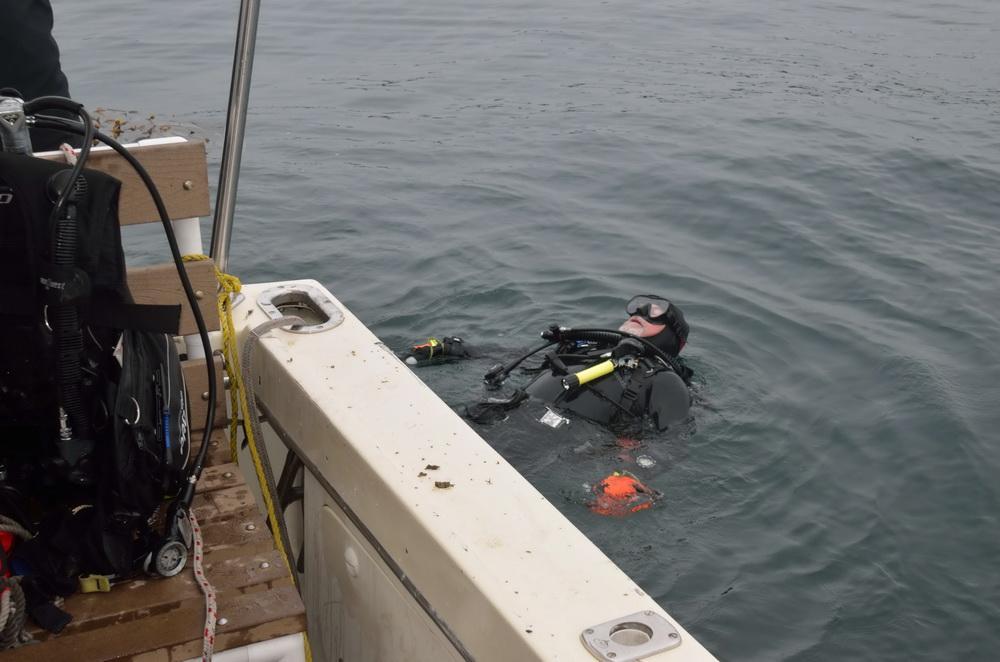 We then took a lunch break and headed to a new spot, about 200 yards away. We dropped anchor in 55 feet of water, and all six divers took the plunge. Jeff and Al had scooters, and headed up to the bow to hang onto the anchor line as the descended. Walter and Dan couldn’t swim up to the anchor line because the current was too strong and they didn’t have scooters, so they just free-fell down to the bottom. Kim and Dave were next, but even with scooters they couldn’t swim up to the bow because the current became even stronger. They climbed back onboard.

Shortly thereafter, Walter and Dan surfaced. Al and Jeff did the same a few minutes later. The current was howling by us, and it turned out that the visibility was less than five feet. There was to be no second dive.

On our way back to the slip, Walter was telling us that the life on the breakwall was exceptionally nice. When you look at all the rocks that make up the wall above the surface you can’t get a sense of what is alive on those rocks under the water.

Walter took some great video of the different life forms, and I have pulled some still shots from his footage. You’ll see a lot of different colored gorgonians: from purple to red to pink and golden.

These are beautiful creatures that provide hiding places for all kinds of fish and invertebrates.

Even though we didn’t get as much done as we were determined to do, we pulled up one intact trap, the remnants of another, 600 feet of trap lines, and another 100 pounds of man-made debris. 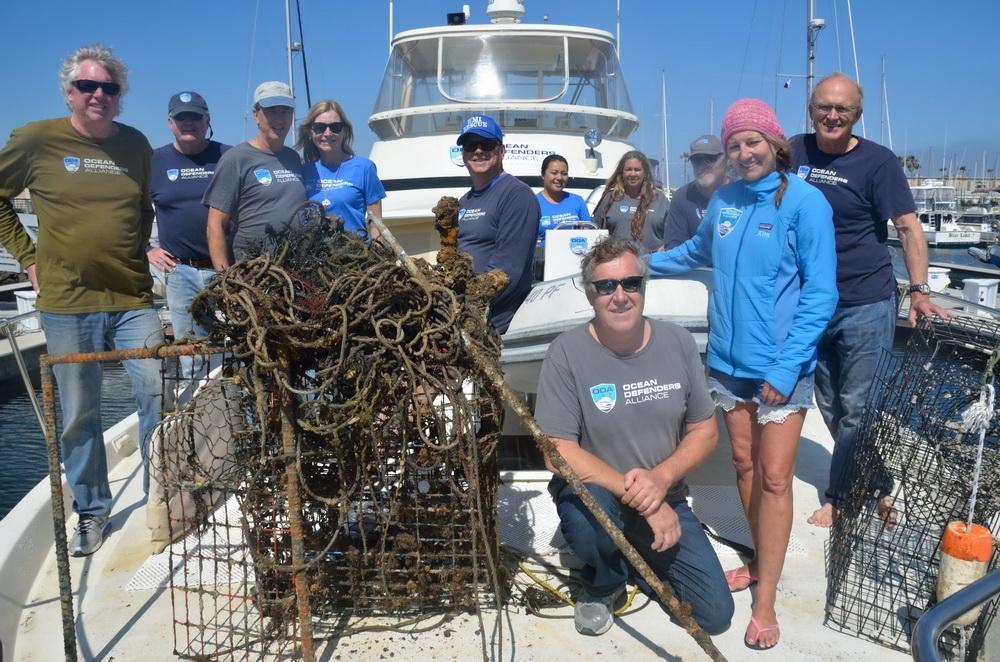 It was a fun day, although the adrenaline was flowing a few times, we all felt good about what we were able to accomplish. AND we’ve got three new deckhands! Boatloads of thanks to our new volunteers Susan, Jennifer, and Daryth!

ODA’s goal is to have many ocean debris removal expeditions during the summer months, so if you are interested in physically making a difference for the California coastal waters, please check out our Volunteer At-Sea page and fill out the application you find there. For clean and healthy oceans!