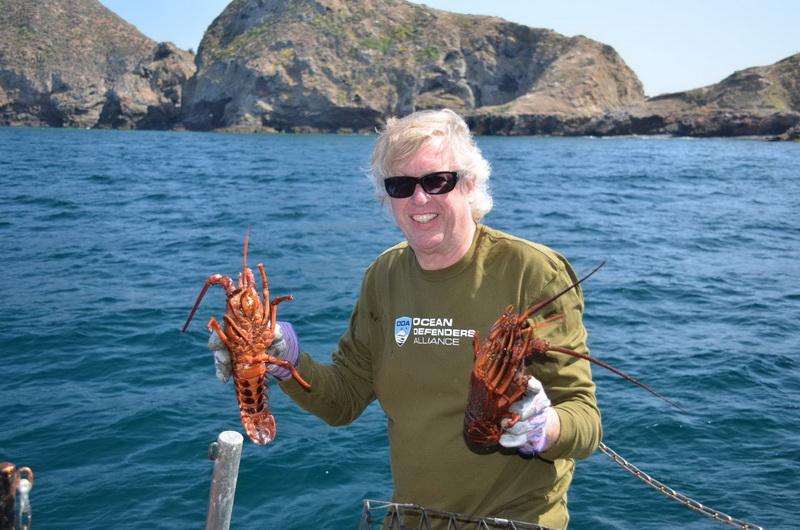 As you may recall, last month we were alerted to an unattached net within the Channel Islands National Marine Sanctuary, just off the coast of Anacapa Island near a site called Frenchy's Cove.  We removed about 600 pounds of squid net on March 30th, but we ran out of air and couldn't get it all.  This time, we were going back to the site with re-breather (RB) divers who can stay down for over three hours if necessary.  And I thought we'd need them since we didn't know how much more net was left to remove.

On Saturday, April 12th, we went out with our RB team, led by Mike Wynd, who is THE man we turn to when we need divers who can stay underwater for extended periods.  Mike enlisted two of his RB friends: John Ochs and Mitch Pingrey  In addition we had Jeff Larson along to do some underwater filming and act as a safety diver.  The deck crew consisted of Paul Beechen and me. 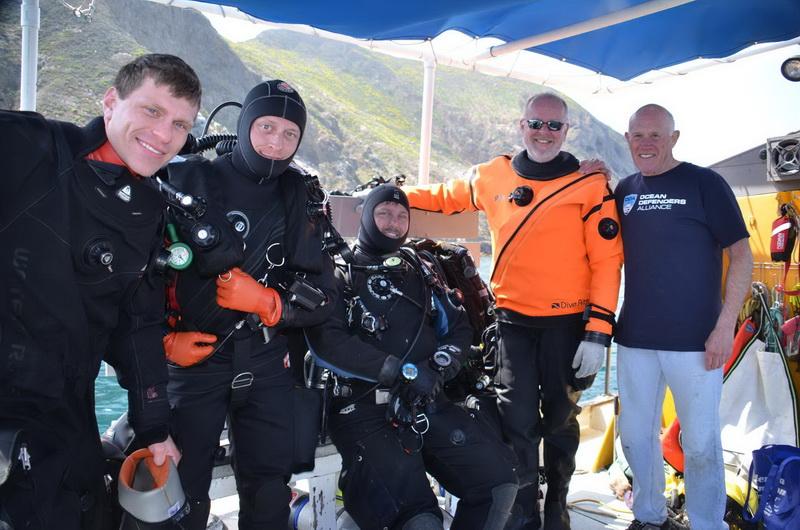 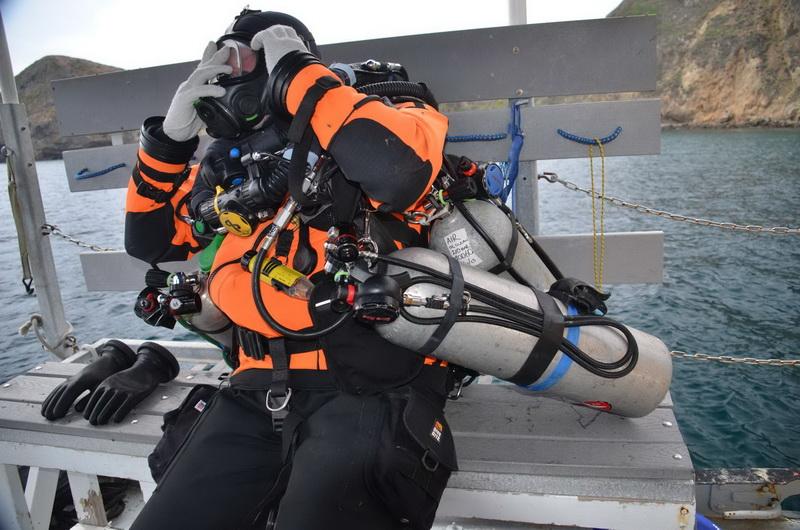 The day started out with minor one- to two-foot swells and hardly any wind.  A good omen, and as we approached the island it got even better.  Nice flat seas and no current!

Soon we had four divers in the water and within minutes lift bags were floating to the surface.  Mike, John, and Mitch were obviously busy cutting nets.  While they were working, and because the visibility got too bad for filming, Jeff used his underwater scooter and went scouting for more nets and traps.  He found five abandoned lobster traps within a 200-foot radius of the boat.

As those lift bags broke the surface, Paul hopped into the Zodiac, paddled over to them, and attached a line to them.  He then brought me the other end of the line so I could pull the bags and nets back over to our boat the Clearwater.  We soon had lots of bundles of nets on the deck.

After about two hours, all the divers got back on the boat and there was a lively discussion about how the net was now completely removed from this area. YEAH TEAM!

After a quick lunch (and with the hordes of flies fighting us for their fair share of our sandwiches you can bet it was quick) the guys jumped back in the water and went looking for the traps that Jeff had found.

Sure enough, they found three of them about 150 feet away from the boat in 30 feet of water, and proceeded to remove the animals that were caught in them.  Unfortunately, the U/W camera stopped working, so we don't have any images to show you.  But there were about 20 lobsters in one huge trap (all now free!), and four more in another.  Because the boat decks were full of net, I asked the guys to only bring up two traps.  That they did, and one of them still had six sheep crabs and five more lobsters.  As soon as we got the traps safely onboard we got to see these animals up close, and before long they were being released back overboard into their ocean homes. 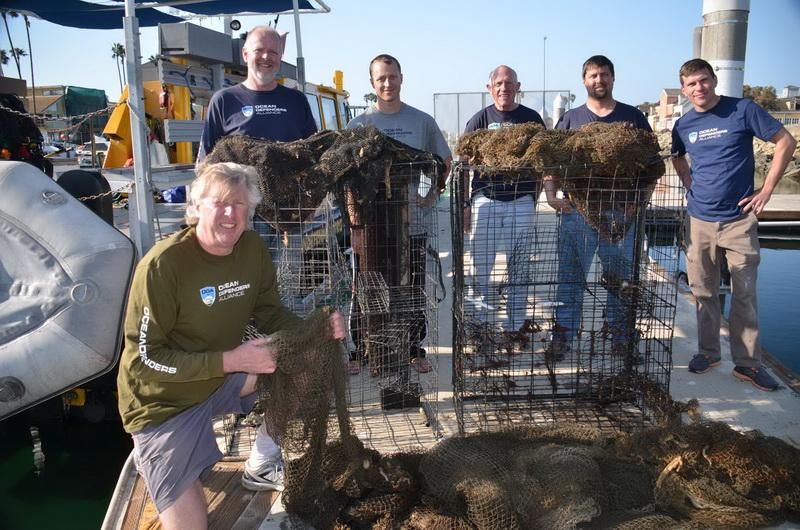 It was a thrilling day.  We removed about 300 lbs of net, two lobster traps, and freed 16 sheep crabs and about 28 lobsters!  I can't tell you what an elated feeling it was.  We were smiling the whole ride home.

Thanks to Mike, John, Mitch, Jeff, and Paul for spending their precious time doing right for our oceans.  We couldn't do what we do without all these GREAT volunteers and supporters.  As long as the weather is on our side, we'll be back out there again next weekend.

Last note: we have a very generous offer to "match" (spell that DOUBLE!) all donations to ODA during the month of April, so if you've been waiting for just the right time to donate some of your tax return to ODA…this is it!

Thank you to all who have already given so generously!  We truly are an alliance, and without your support we would not be able to accomplish our ocean defense activities.

Please take a moment to share our joy in this successful day of ocean wildlife rescue!