Our ODA partners in Hawai’i have been doing some incredible things lately.

We have now been working in Oahu waters with Island Divers Hawai’i for almost a year. Our team has removed well over 1,000 pounds of lead weights from an area around the south/west side of Oahu. 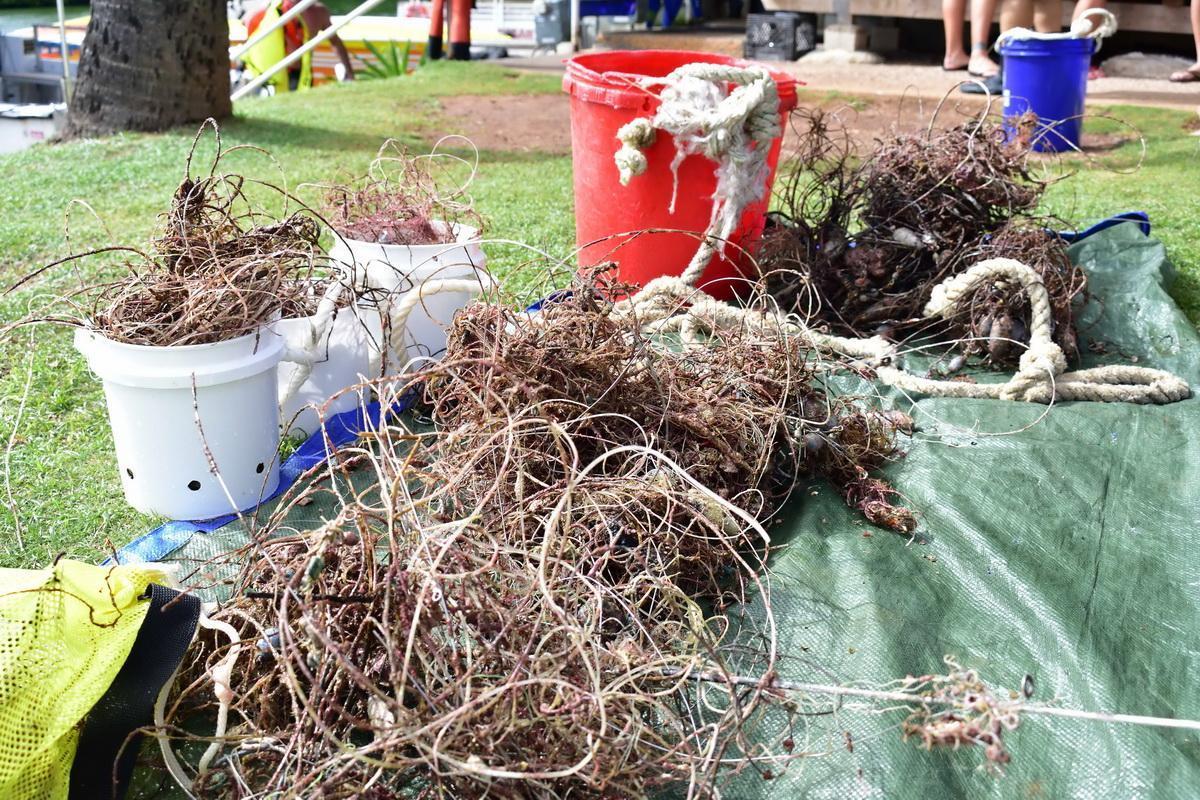 In addition to that, they have cut thousands of feet of monofilament lines from the corals and rocks in that area. Just a few weeks ago (February 17th), we had 12 volunteers dive in and remove 87 pounds of lead weights and a mess of mono-line. 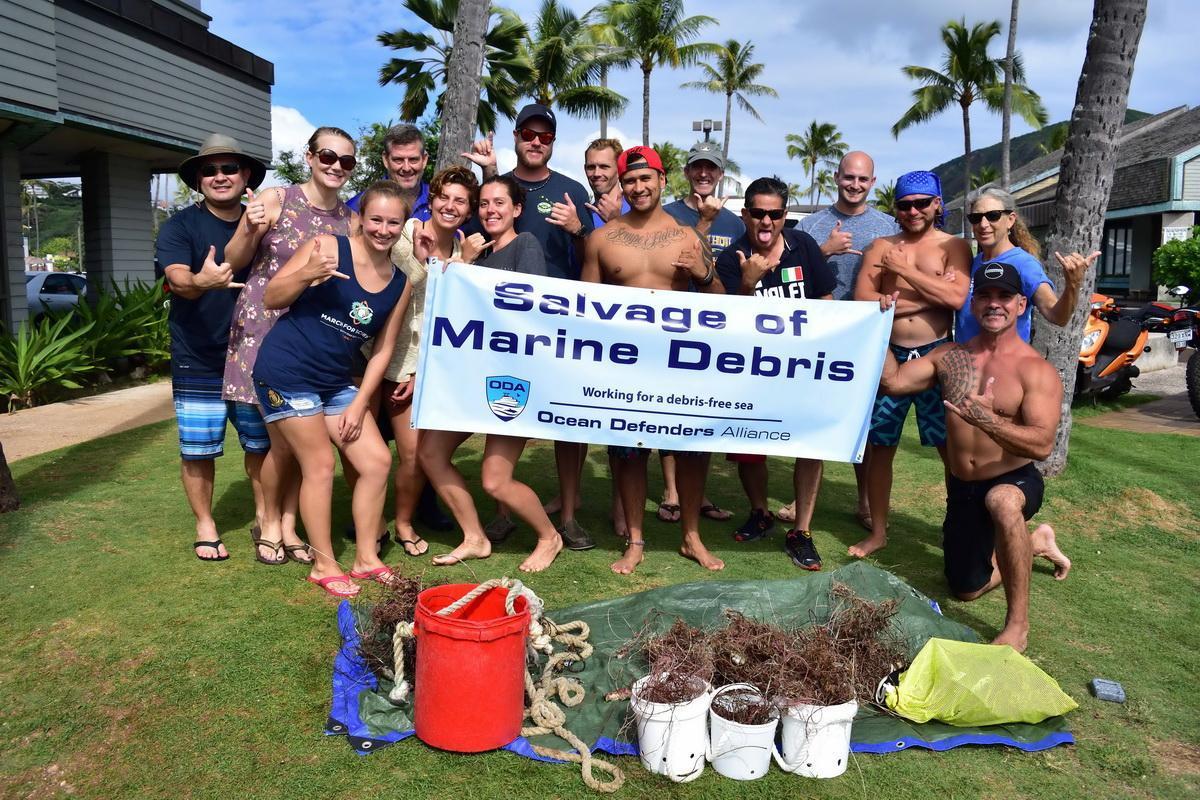 I’ve been talking with some people in Hawai’i who’ve come across sea turtles that have been entangled in abandoned fishing gear. One of my longtime friends Anita Wintner suggested that I contact Cheryl King who has been documenting this issue for many years. I wanted to find out how pervasive this issue of turtle entanglements actually is. 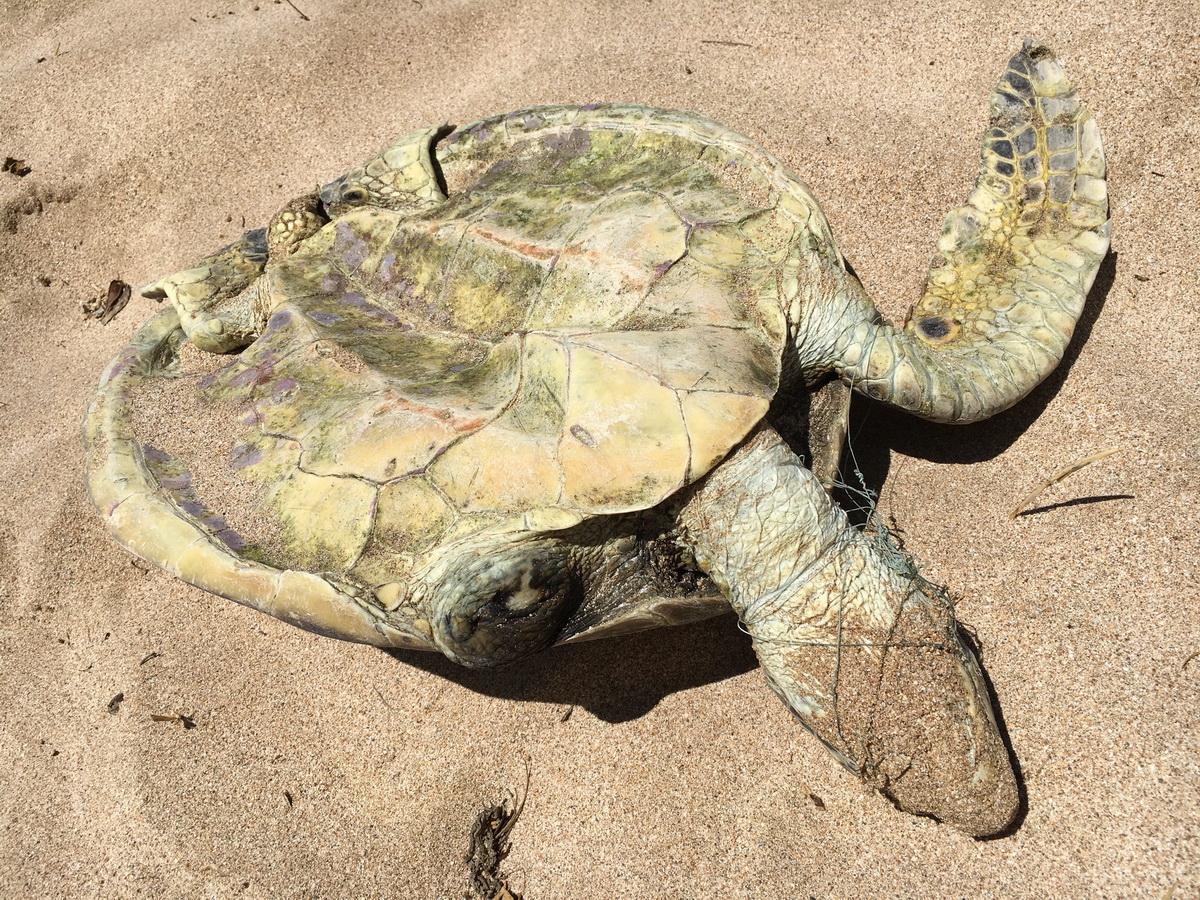 Cheryl was kind enough to talk to me and let me use some of the pictures she has been taking (see below and in the photo gallery at the end of the article). She and her team go out almost every day looking for turtles.  They find at least one affected turtle each time out, and sometimes up to three. 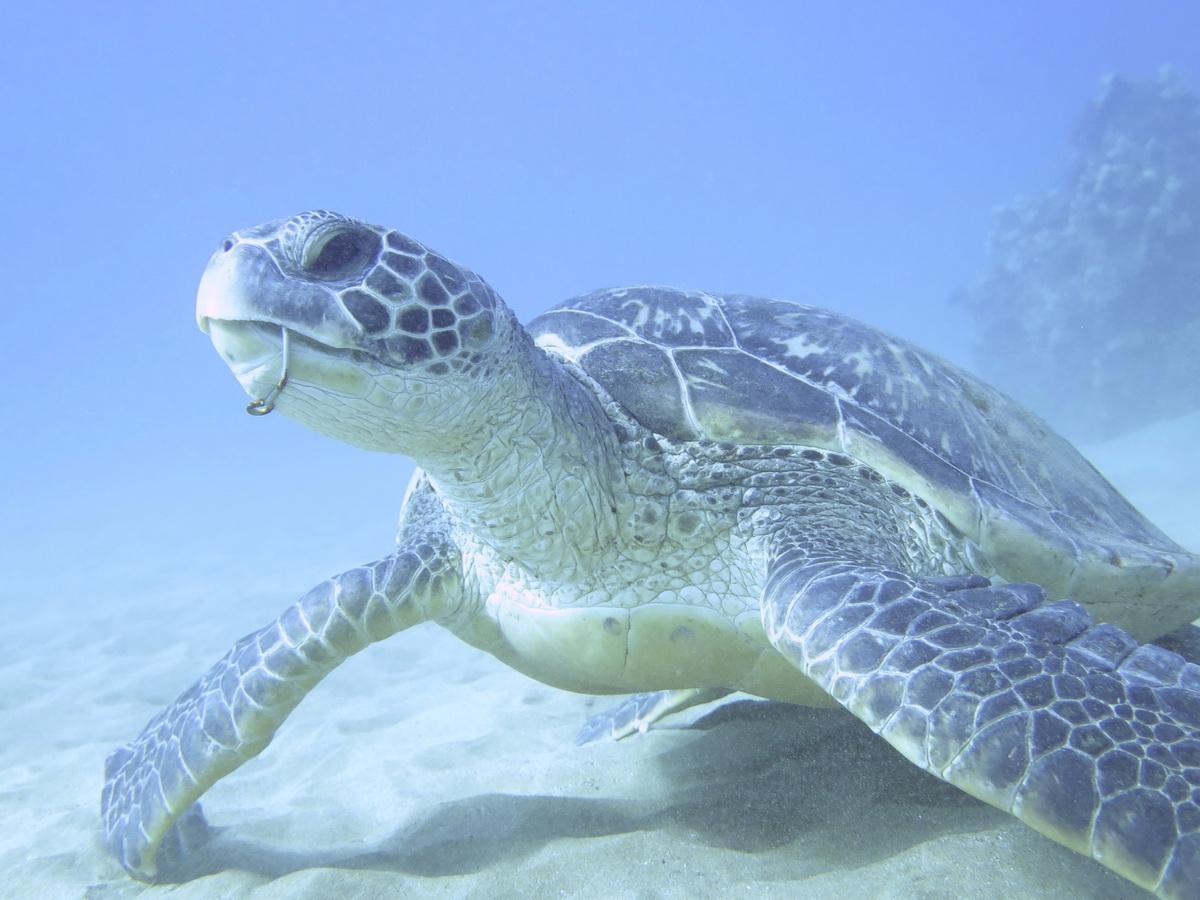 After hearing this and seeing the images, it makes me feel more resolute to get as much of this discarded fishing gear out of the water as humanly possible. I have a feeling you’ll agree with me after imagining how horribly these turtles suffer.

Our friends at Hawai’i Nautical have been active, too! 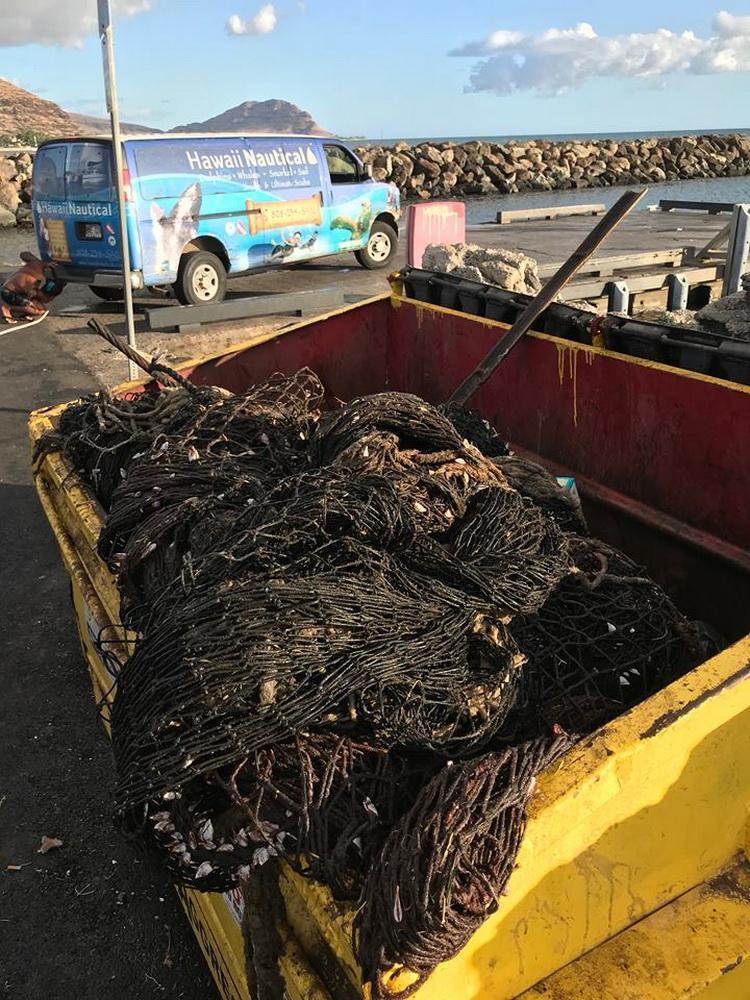 Mash Hatai is on our ODA Advisory Board and he is a captain for Hawai’i Nautical (a large ocean-activity provider). In February, Mash was on a dive on the north side of Oahu, when he and his team found a big net on a reef.

It was in 75 feet of water, so this was NOT a casual net removal. But, the team of four divers got it up to the surface, attached a tow line to it and hauled it back to port. It was a really heavy net and they struggled for hours getting it on land.

We estimate that it weighed about 600 pounds.

Thank you, Mash and team!

Another day, another net washes ashore…

On March 6th, AJ Jaeger, who is also on our ODA Advisory Board, was taking a walk along her favorite stretch of beach on the east side of Oahu. Normally this is one of the most pristine and isolated beaches on Oahu, but this time it was fouled by a large mass of nets that had been driven into the surf zone by the tides and waves. She immediately rounded up some volunteers, pictured with the net below. 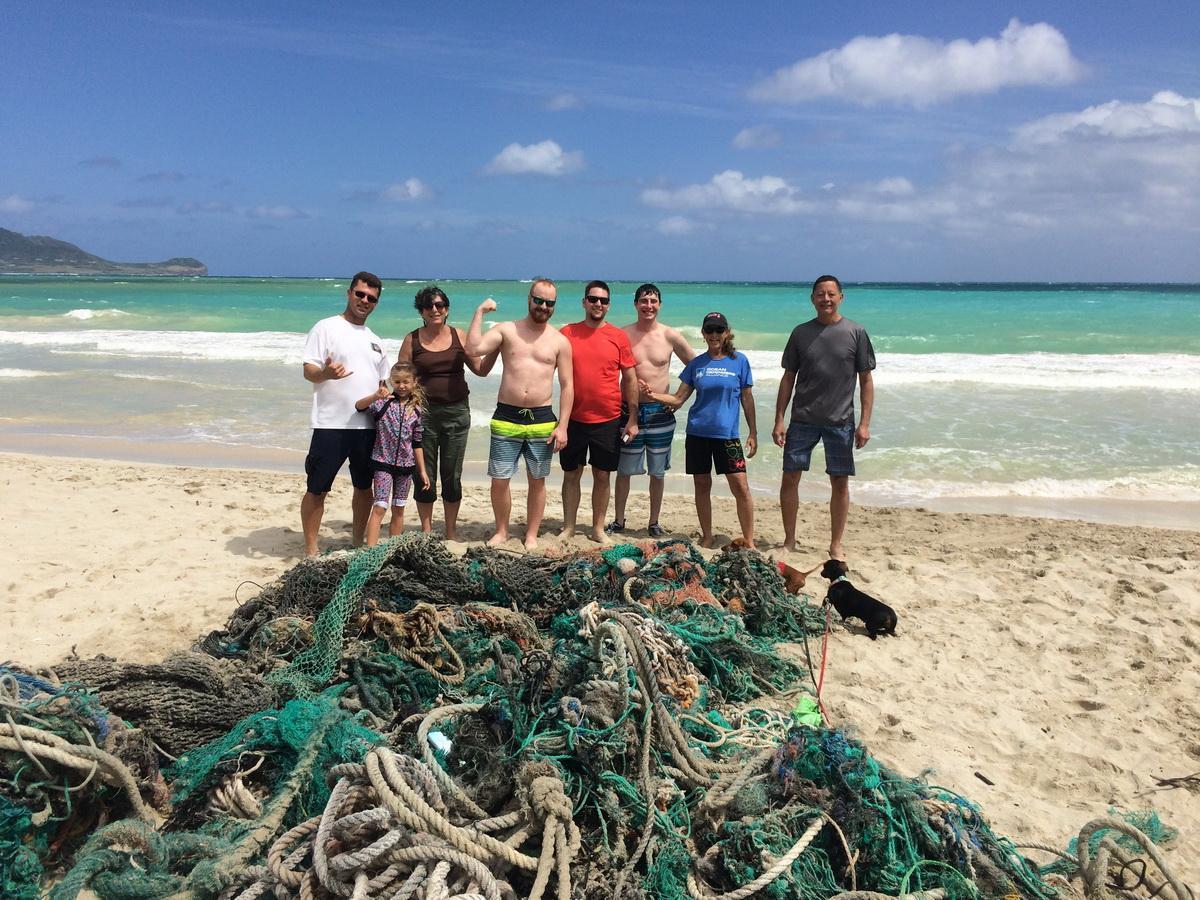 They proactively went out and bought some cutting knives. It was so heavy that they had to cut it up into sections in order to be able to move it. After a lot of hard work cutting and dragging, they were able to haul it off the beach and get it to a landfill. Some dogs showed up to lend a hand as well. Mush! ;) 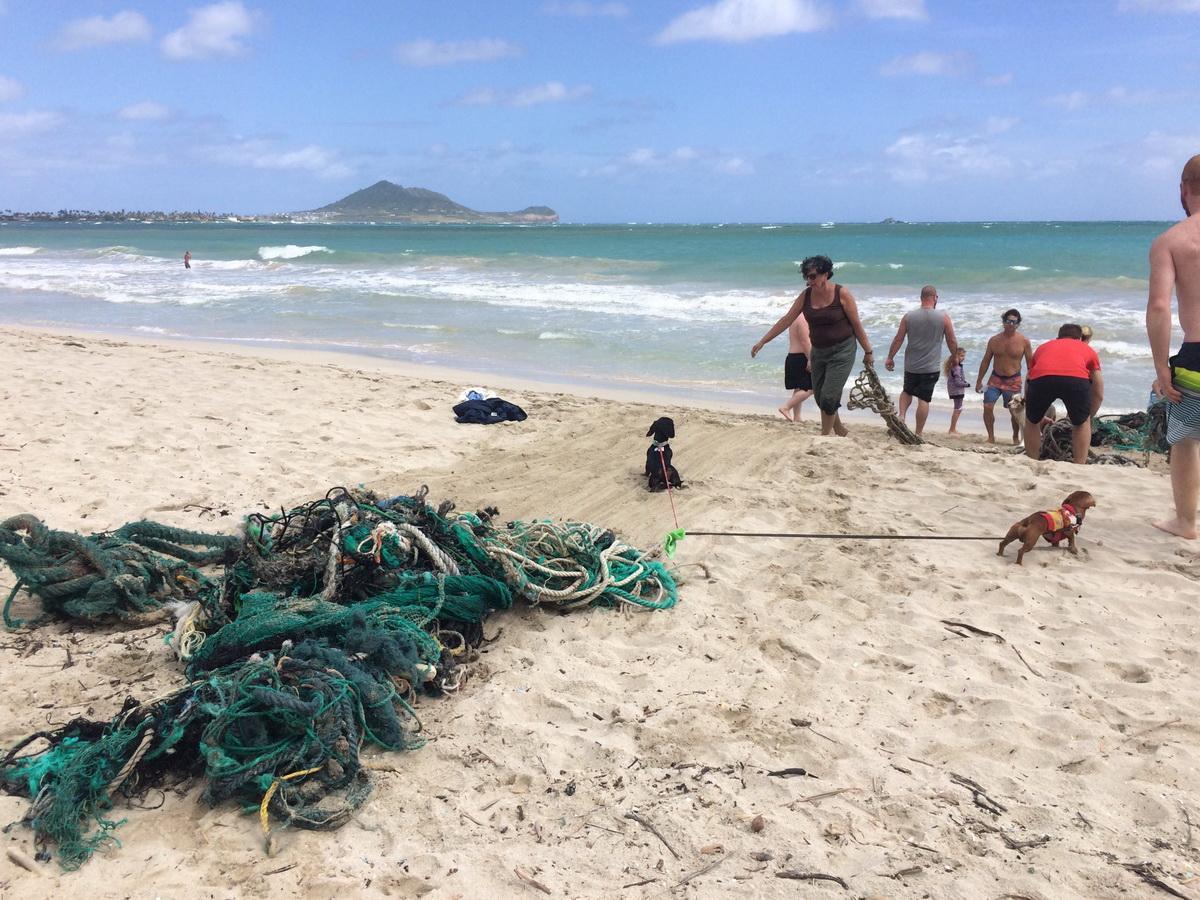 All these people deserve a round of applause from all of us who cherish our oceans and all the creatures that inhabit them. THANK YOU TO EACH OF YOU!

If you live in Hawaii and want to help out alongside these fine people, please fill out our Volunteer Application and we’ll make sure you get notified of upcoming activities. Mahalo Nui!