This is another story about trash that is out of sight and out of mind.

Thankfully, the story has a good ending: the trash is gone.

I received an email from Richard Nye who is the new Refuge Manager at the Seal Beach National Wildlife Refuge (in Seal Beach, CA), inviting Ocean Defenders Alliance (ODA) to participate in a trash cleanup at the site.

Since ODA has been clearing plastic and other debris from the waters surrounding the refuge all year, I quickly put out a call to our volunteers to join in the fun and rewarding work.

The cleanup was held in an area of the Refuge that can only be accessed through a locked gate. The gate is open for a cleanup only once every two or three years. So this was a welcome opportunity to get some plastics out of there before the waters and tides drag it out into the ocean.

We met up at the site along Pacific Coast Highway on Saturday morning, October 14th. I was pleased to see about 70 people already there, scouring the beaches. ODA was represented by Lisa Davis, Dylan Hoban, Alana Flores, Jim Lieber and I. The event was supposed to go on for four hours, but because so many people showed up, the area was cleared of debris in two hours!

The five of us removed roughly 60 pounds of debris, most of which was polystyrene (Styrofoam). In total, I’d estimate the entire team removed about 700 pounds of stuff. Even though I saw hundreds of birds while we were there, I didn’t have much time to take pictures. This one shows the ODA team with about a third of the accumulated trash bags. 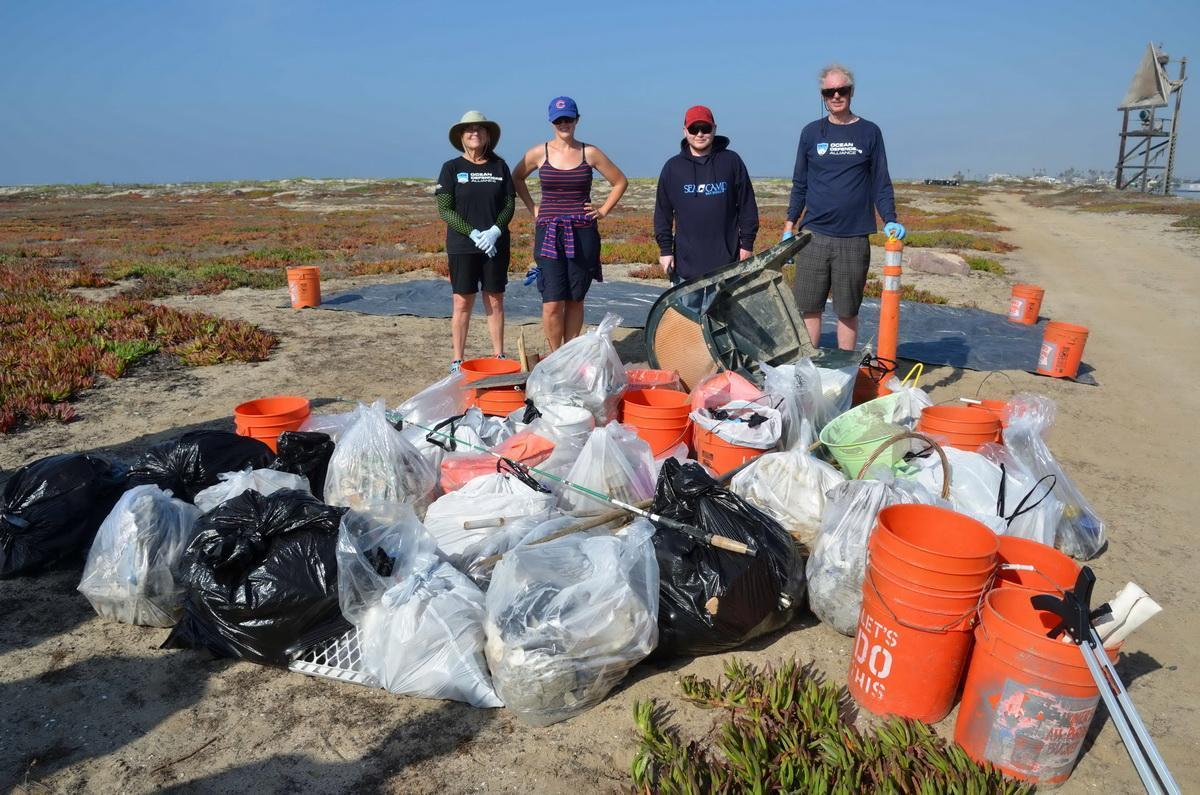 Thanks to all who showed up, and to those that didn’t, hope to see you out there in next time we get this great opportunity to make a difference!

We Don’t Forget to Clean the Water Channels

On the prior weekend, October 7th, Dylan Hoban, Linda Nicholes, and I removed 125 pounds of debris from the water channel that leads to the Refuge. 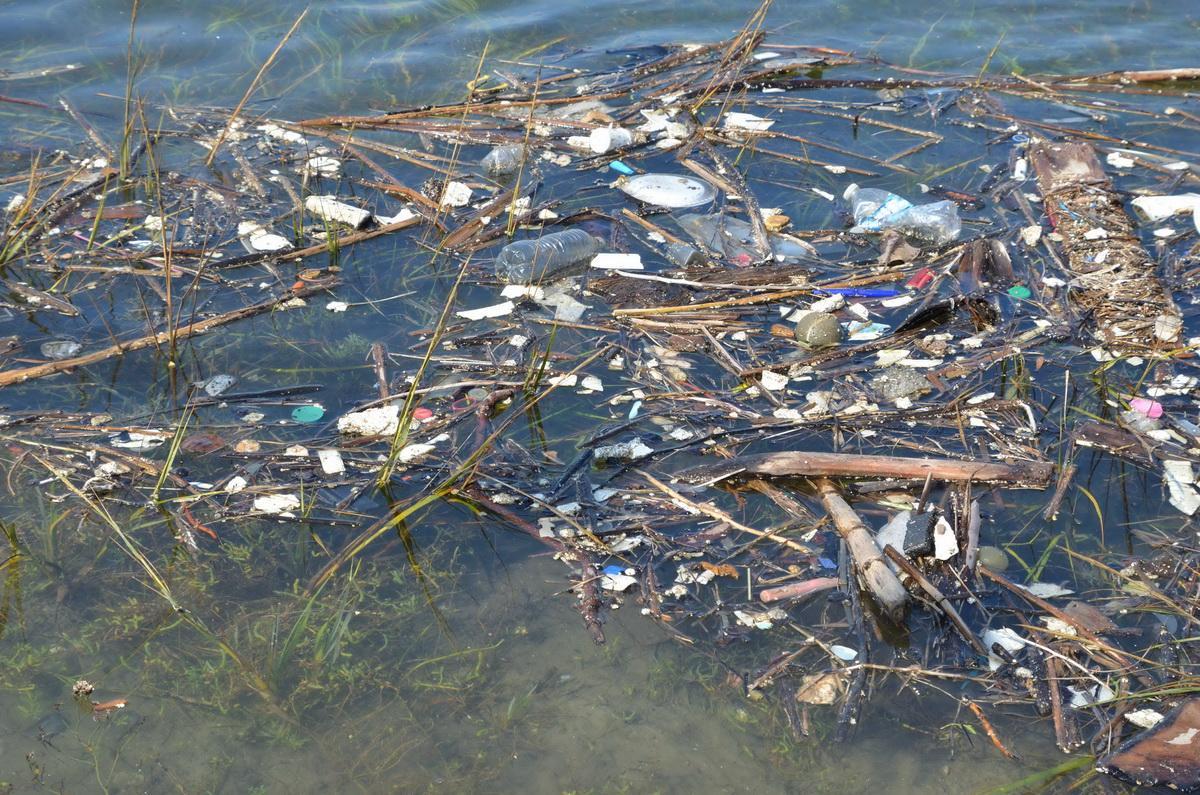 The debris included the usual offenders: water bottle caps (hundreds), water bottles, polystyrene plates and cups, balls of all shapes and sizes, a float ramp for a kayak, straws, swizzle sticks, but most disturbing…about 30 syringes! 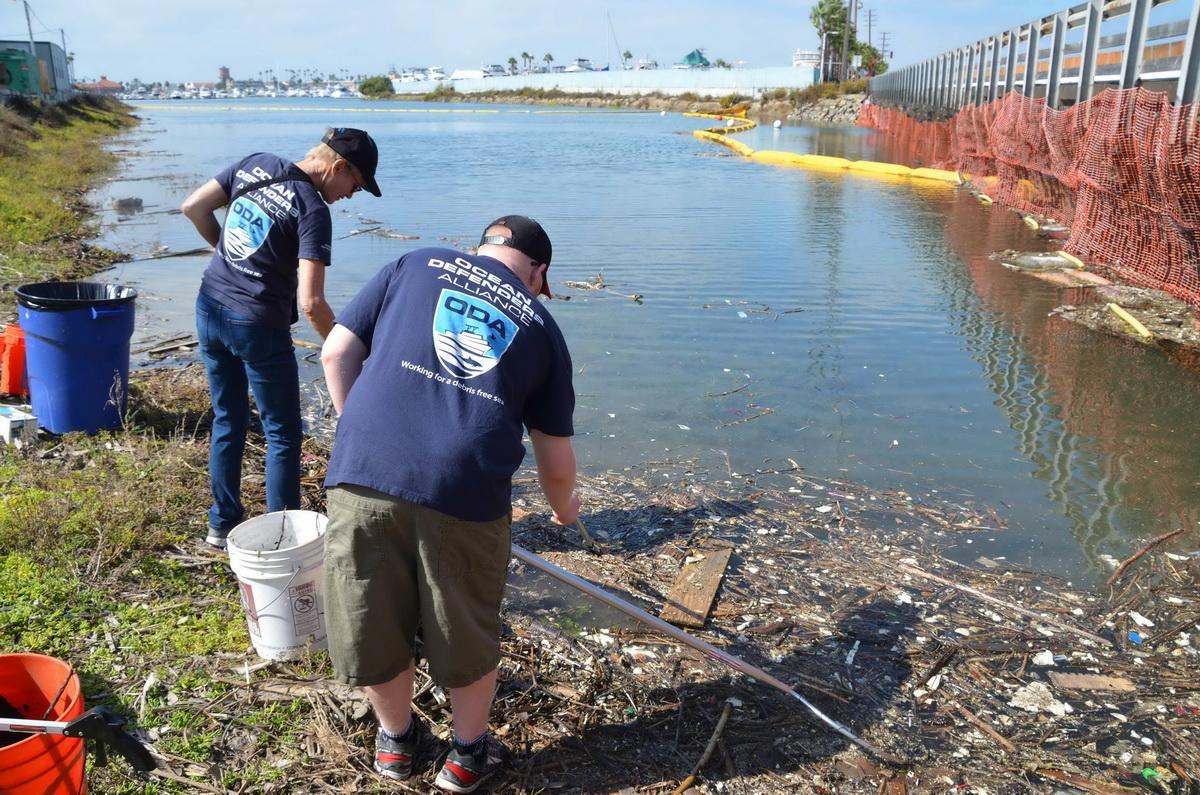 I realize that this problem will NOT go away until we, as a society, start taking responsibility for the trash we make. The easiest way to do that is to STOP using single use plastics in the first place. 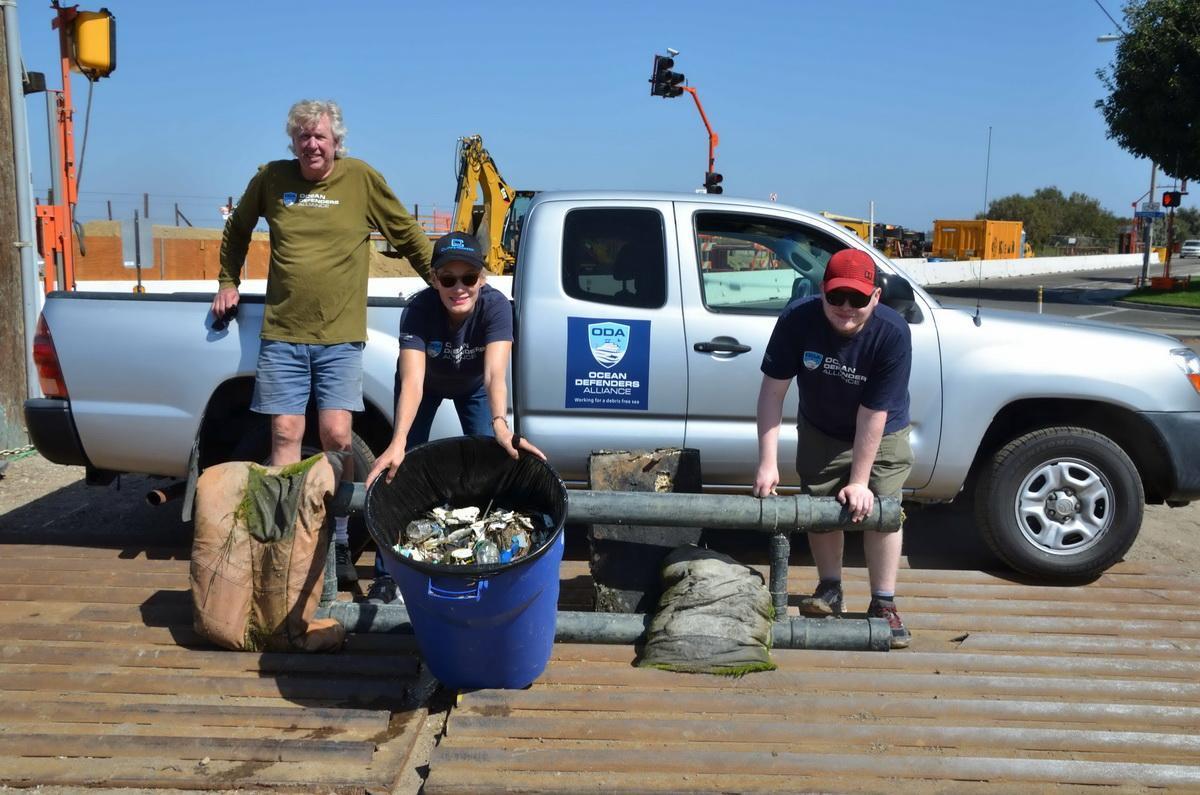 If anyone out there wants this kayak float ramp, LET ME KNOW! It is perfectly usable, and I’d hate to send it to a landfill… 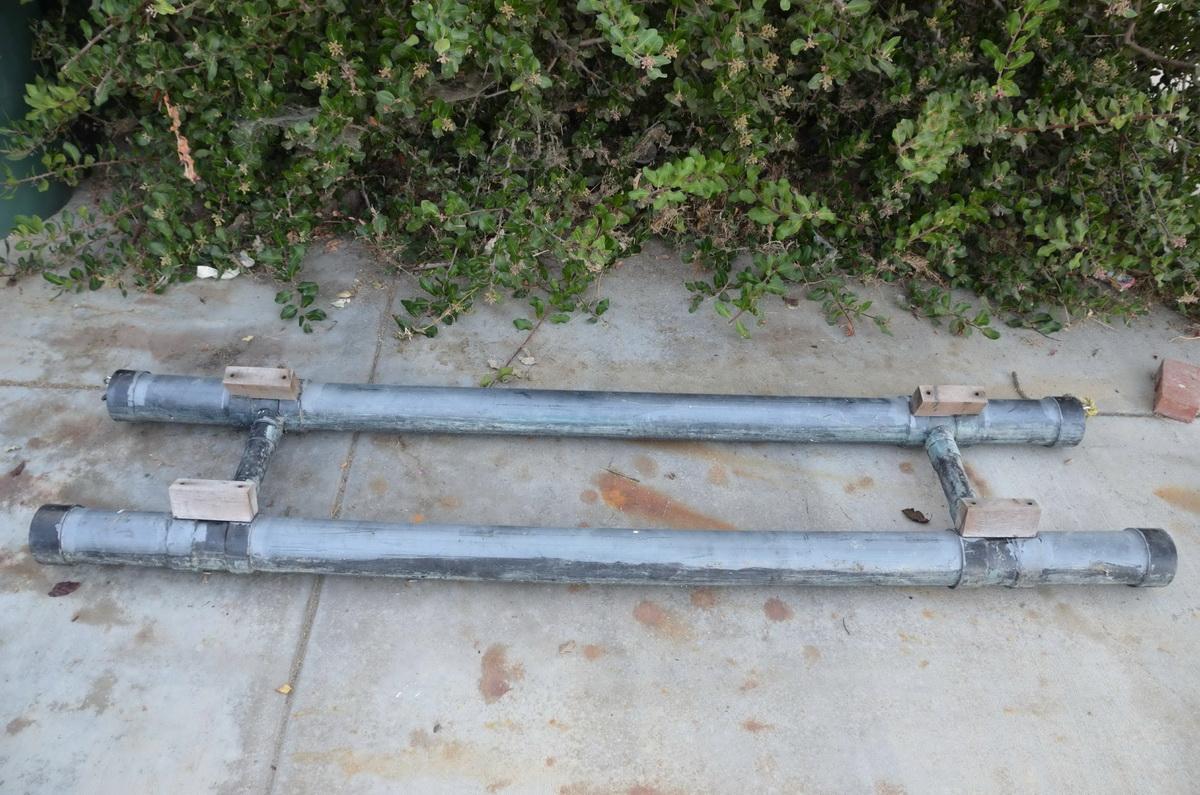