As society gets more information on how the COVID-19 virus works we can make more informed decisions on how we, as individuals, deal with getting our lives back on track.  Because we have had so little science telling us how to prevent the spread, we all kind of withdrew into our own self-made cocoons.

So, armed with new knowledge, a small group of ODA’s crew decided to go out for an easy dive. 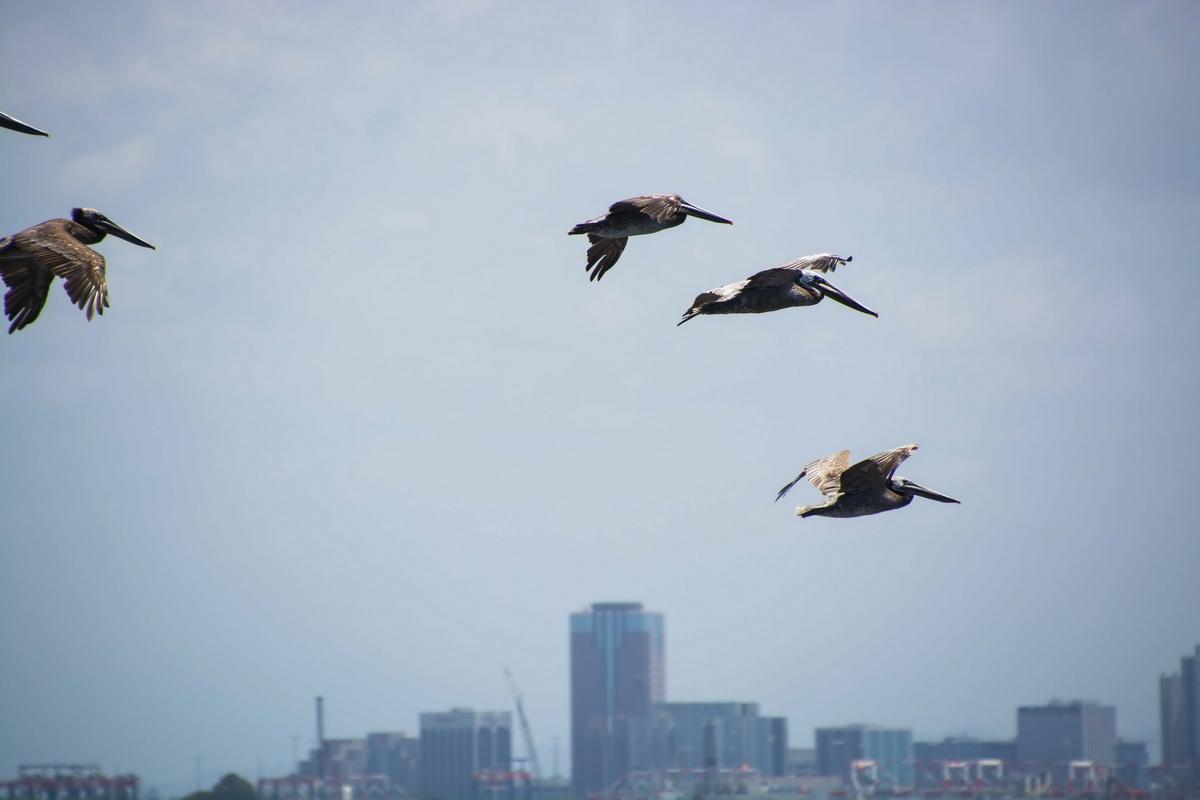 The goal was to make sure we could work together as a team, keep our social distancing when we were inside the cabin, and relax those guidelines when we were outside.  Not easy to do on a 54-foot boat.

To get our feet wet once again, we decided to just take two divers out with two boat crew to assist them. 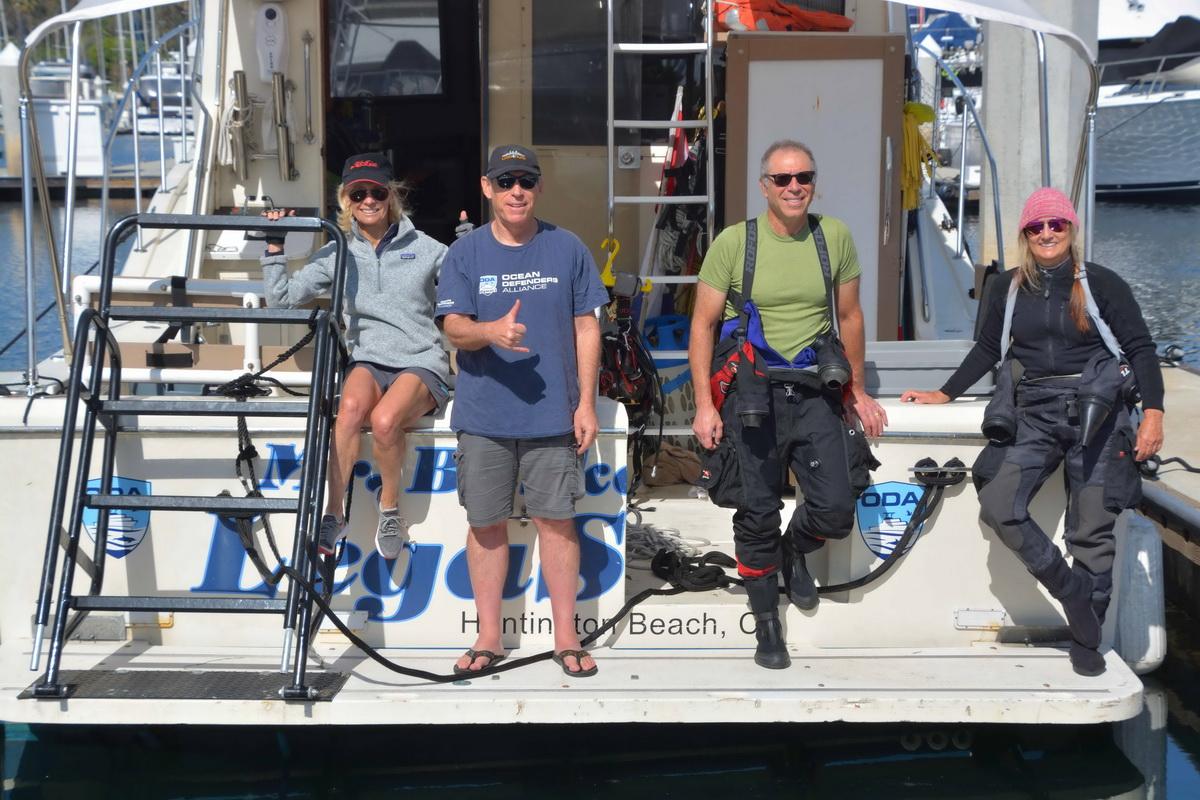 Kim Cardenas has been diving with us for years and is one of our most highly skilled divers as well as the lead on almost all of our recovery dives.  She had recently recruited one of her longtime dive buddies to start volunteering with us.

Welcome Jeff Seckendorf!  Jeff hails from San Diego and has been diving and training with Kim for about 15 years.  He is the founder and CEO of Unified Team Diving (UTD) and has extensive experience with ocean related environmental projects.  We couldn’t ask for a more qualified team member!

Helping out on the boat were Sue St. Sure and Geoff Walsh.  Geoff has been diving with us for over two years now, but because of the need to keep the crew at a minimum had agreed to help out with all the other aspects of the operations of the day.  Talk about a team player!

Geoff and Sue are married, so it made sense that they would work closely on the RIB (rigid inflatable boat) and maneuver the boat to chase down the lift bags that Kim and Jeff would be sending to the surface once they found some debris to remove.

You know what they say about well-made plans…

We arrived at the boat harbor early on Sunday, June 7th.  As we were getting ready to depart, we put the RIB in the water and started the engine, only to have it stall out.  I started it again, and it stalled once more.  When I tried to start it the third time there was a huge POP!  I turned around to see what it was, only to see the engine cover blown off the top of the engine and was floating in the water.

What the heck?!  Geoff and I talked it over, inspected the engine for any damage and didn’t see anything abnormal.  So, I tried to start it again, but it wouldn’t stay running.  We decided to leave the RIB there and get on our way to the dive site.

The breakwall that protects the Los Angeles and Long Beach Harbor is about seven miles long. 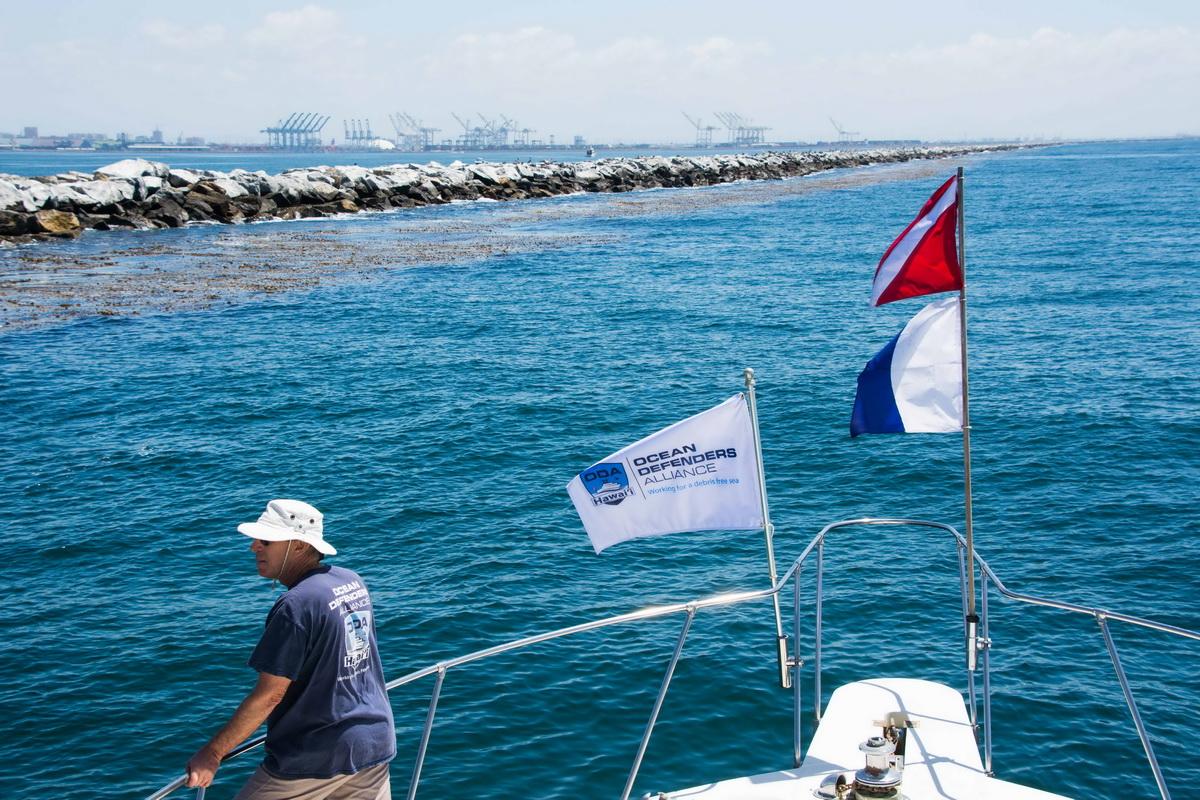 Because it’s constructed of boulders and rocks, a lot of lobsters find it to their liking as protection from predators.  The lobster fishermen know about this and set their traps close by to catch them as they migrate in and out in their search for food.  During the lobster season you will see hundreds of traps set roughly 100 yards from the breakwall. 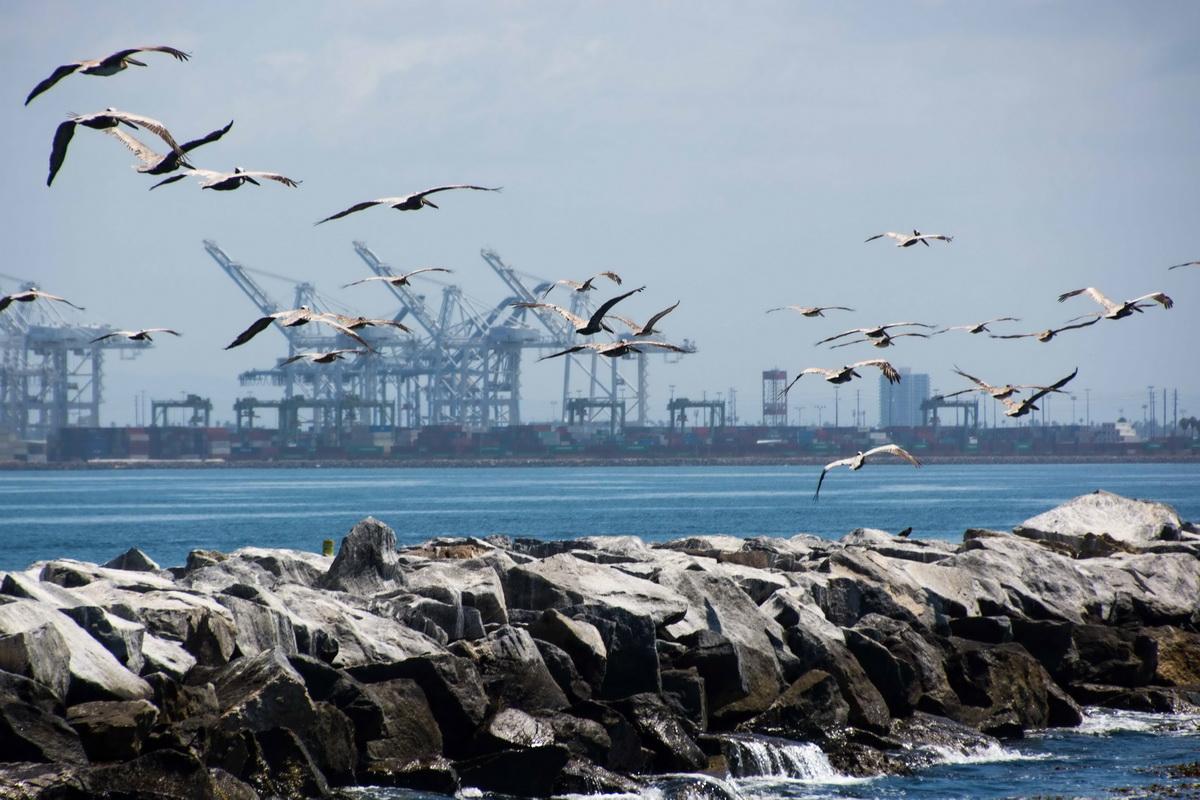 Knowing that fishermen lose 10-15% of their traps in a typical year, ODA strategically searches areas where there are high concentrations of traps set and removes what we find.

One of our goals this year is to traverse the entire length of the breakwall (seven miles) and remove all the fishing gear we can.  Keep in mind that we see gray whales along this wall as they make their way from the lagoons in Mexico to Alaska every year.

We want to do all we can to make sure no whales get entangled in abandoned fishing gear – especially the lines that are attached to lobster traps.

The Beginning of Our Journey Down the Wall

We got to the site around 10:30. Kim and Jeff were in their dive gear and in the water shortly thereafter.  Even though the National Weather Service had predicted big waves and high winds in the afternoon, we were greeted with small waves and light winds.

As the divers made their way along the wall, we could track their progress by following the trail of their air bubbles that kept popping up at the surface.  We saw the first of five lift bags about 300 feet from where they first started.  After we saw them move from that area, I backed the boat up as close as I could to the bag and Jeff nabbed it!

We continued to follow their progress, hoping that any other bags that came up would be as easy to remove.  But the surge started to pick up and the wind was pushing the bags towards the rocks.  And as you can see, once they get within 25 feet of the wall, the kelp gets so thick that it makes it unsafe to take the boat in that close. 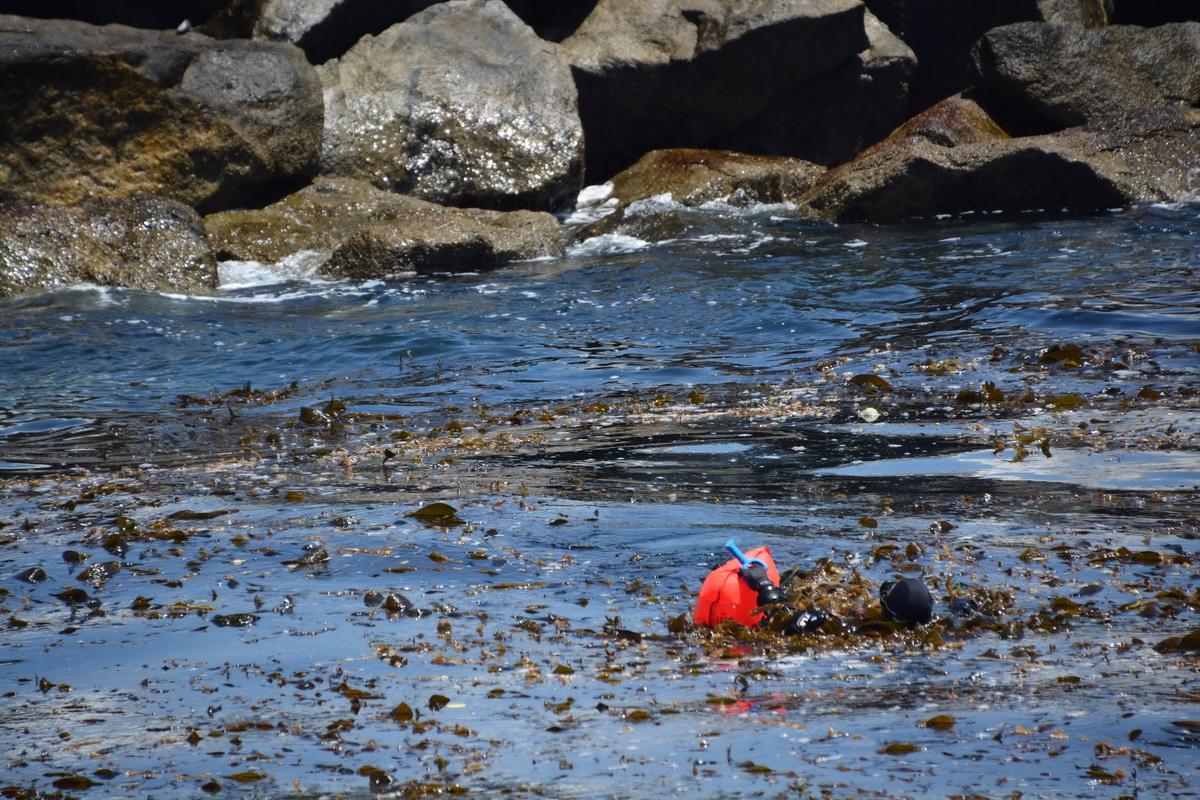 So, all the other bags that came up, we had to leave and let Kim and Jeff try to retrieve them once they came up from their dive.  They were down for an hour and 14 minutes.  If the RIB had been working, Geoff and Sue would have been able to get the bags out of the zone before the kelp engulfed them.  Dang.  This made it more of a workout on Kim and Jeff to swim into the dense kelp beds without getting entangled themselves and then haul out the goodies.

In this shot you can see Jeff just on the outside of the kelp, but where is Kim?!?!  Oh, she is barely visible to the right side of the picture and seems completely wrapped up in the stuff… 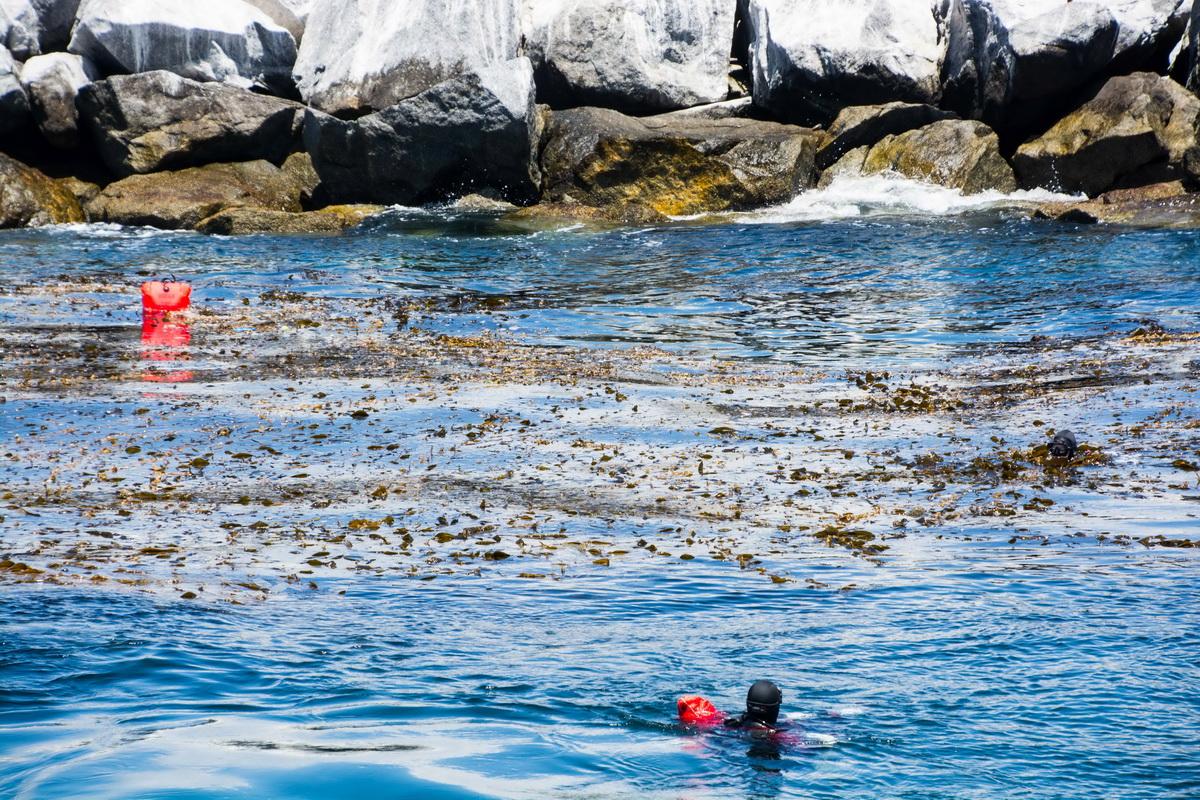 After seven or so minutes she emerged with the bag in hand and swam over to us where Sue and Geoff hauled it on to the boat.

Once we had all five lift bags recovered, we headed back to port.  By this time, the waves were picking up and the winds along with it.

The average depth for this dive was 45 feet, and the water temp was 60 degrees.  Underwater visibility was horrible at 5-7 feet.  Just barely enough to keep an eye on your dive partner while on the lookout for debris.  But they did see some cool fish along the way, lots of garibaldi, seniorita fish, sardines, and at one point a school of sardines so thick they couldn’t see anything else! 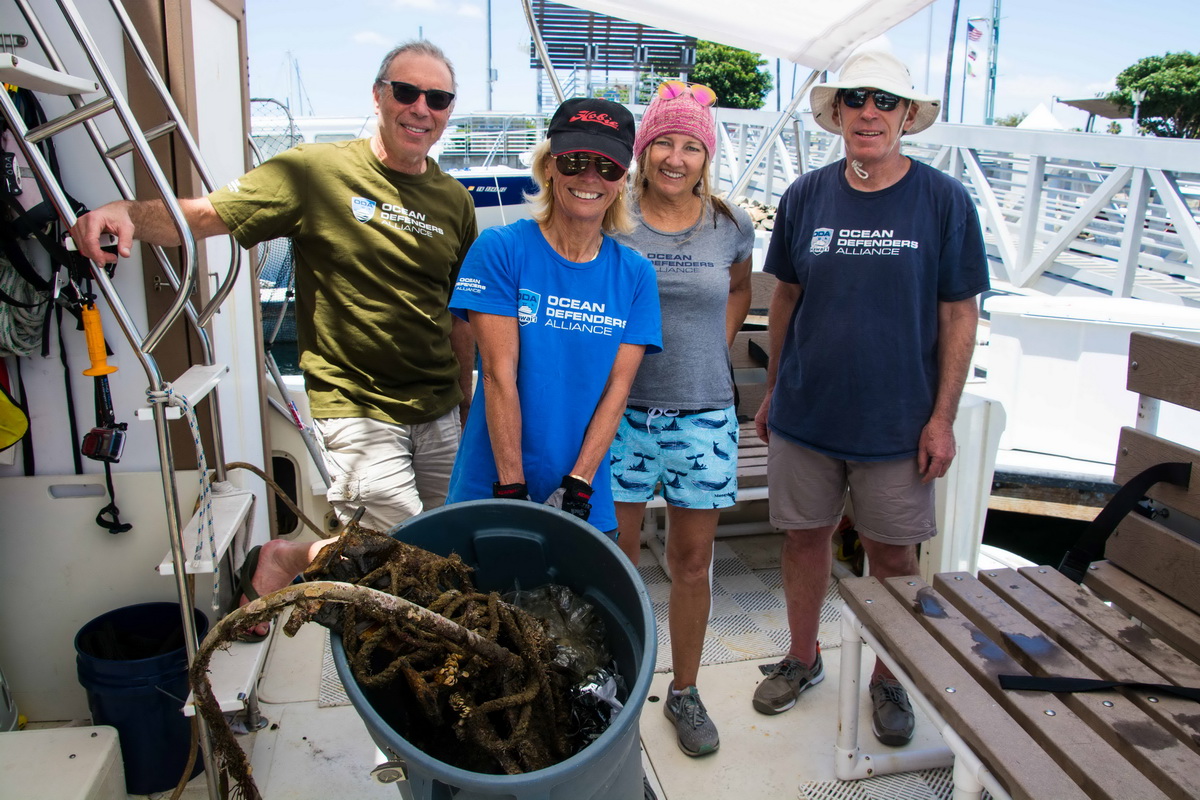 They hauled out three anchors, some anchor chain, and rope.  As well, they retrieved some other metal parts from boats.  In all, it weighed about 130 pounds.

On the ride back we saw 15 oil tankers sitting at anchor off the coast.  Because of the glut of oil, they can’t sell the stuff for a profit, so the tankers sit there, full of oil, waiting for a buyer.  Let’s hope we don’t have any issues with spilled oil in the meantime.

We also saw several Mylar balloons, most of which were entangled in the kelp, that we couldn’t retrieve.  But we did manage to haul out a cluster of five of them.  When will people STOP releasing those damn things!  I don’t need to tell you how they can kill wildlife. 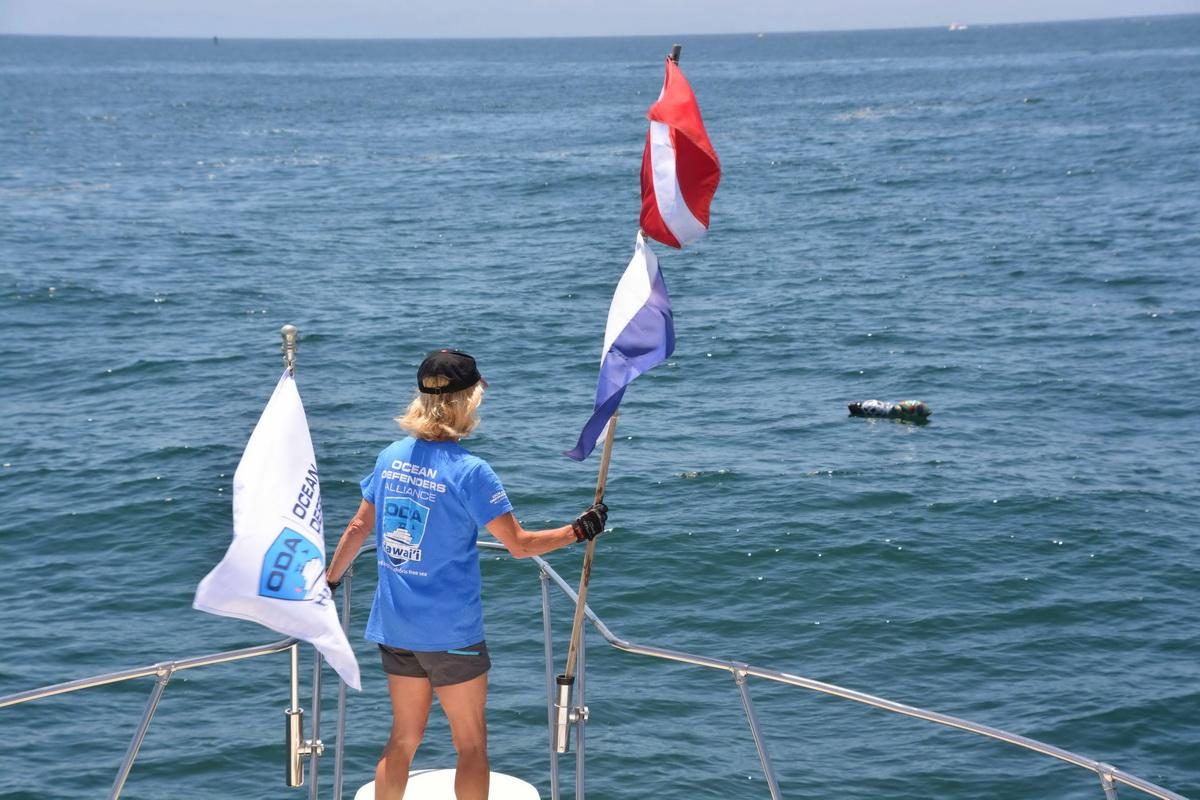 So, all things considered we had a wonderful day.  It was GREAT to be back out in action, and once we get the RIB fixed, we’ll be out again, even if it is with a smaller crew than we’re used to having.

Before you go…did you know that Kim Cardenas is a member of the ODA Advisory Board? I hope you can take a moment to read her story.