Are you wondering, "What ever happened to ODA’s flagship Mr. Barker’s LegaSea?" 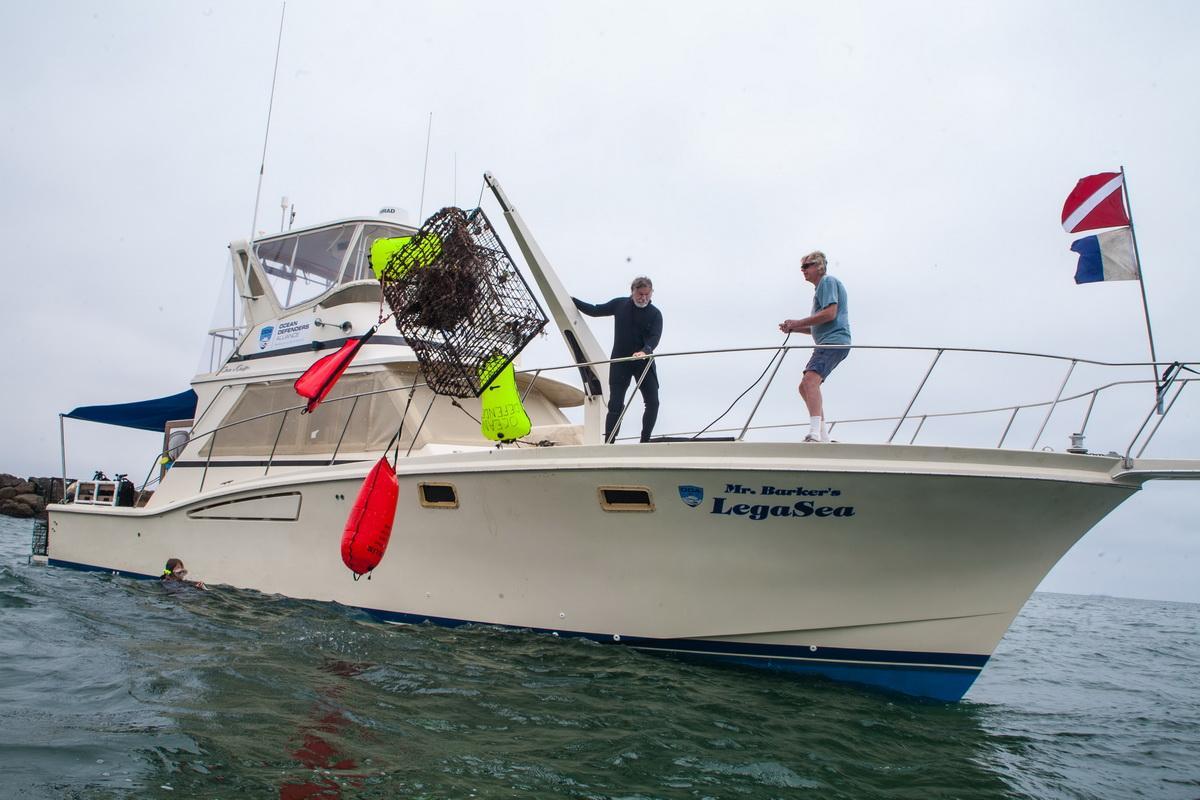 One of MANY successful outings on the LegaSea.

We’ve been in the process of having new engines and transmissions installed (at no cost to ODA!), and now we are closing in on the end of that phase of the project.

So close in fact, that we recently had the boat towed to a shipyard to put the finishing touches on some hull repairs that are needed before the boat can be inspected to ensure that the engines and all other upgrades are performing as expected.

On January 18th, I was aboard the LegaSea as it was under tow in transit from San Pedro to the Long Beach boatyard. 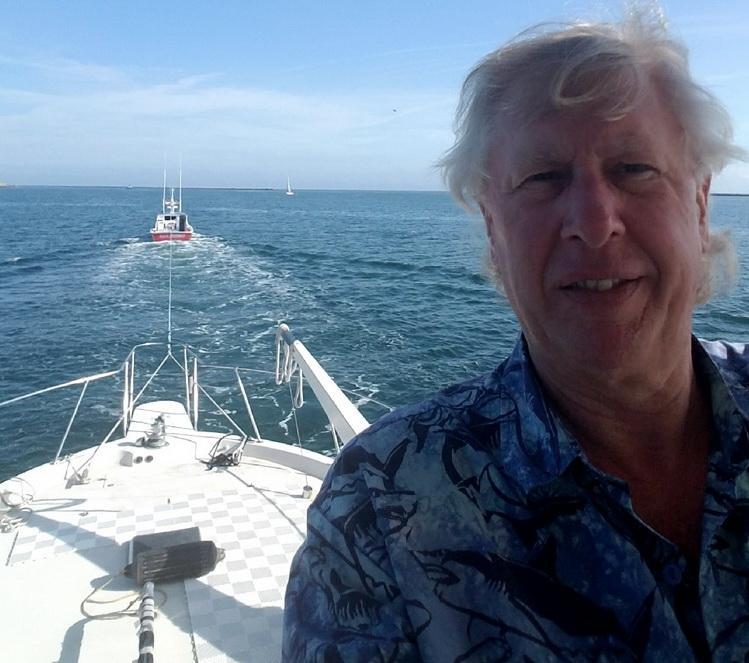 On our way, I started to see areas that had hundreds of pieces of plastic debris bobbing on the water’s surface. Because we were under tow, I couldn’t stop and pick the stuff up…but I made note of the locations.

The next day I was having lunch with my friend (and ODA Advisory Board Member) Linda Nicholes, and I told her about it.  She said, “Let’s go do something about it!”  So, we made a date to go out on Sunday, January 21st.

Linda and I met that day and drove the ODA truck, trailer, and small RIB north to San Pedro. We were treated to a gorgeous day, with almost no wind. We headed back to the sites in Los Angeles Harbor where I had been a few days earlier, looking for the plastics. Initially we didn’t find anything, so we moved further south along the harbor breakwall, and before long we were collecting hundreds of pieces of plastics that were floating on the surface!

Plastic Garbage Above and Below

But, even as we removed that stuff, we were seeing lots of plastic bags, cups, and water bottles floating just under the surface. This reminded me of a study that was recently published which revealed that the plastics we see on the surface represent just 10% of the plastic debris that is in the oceans…That means: 90% of the plastics that are in the oceans are hidden from our view. NINETY PERCENT!!

The majority of the debris we saw was single-use plastics: cups, bags, water bottles, balloons, zip-lock bags, and more. We worked the area for about two hours. As we were headed back to the launch ramp, we noticed something strange bobbing on the water’s surface.

It was a bundle of line that was spooled around a plastic line tender. Linda grabbed it and started to haul it in, but it quickly became apparent that it was too heavy and most likely attached to something.

So, I tried my hand at hauling it in. It was definitely attached to something, as it took me several minutes to haul it onto the boat. Turns out it was a type of lobster trap, the kind that recreational fishermen use. They are called “hoop “traps. I have seen whales swimming in this area of the harbor on many occasions, and these traps present a real danger to them. You see, the fact that the trap line floats vertically in the water column is exactly how whales, turtles or dolphins can become entangled. 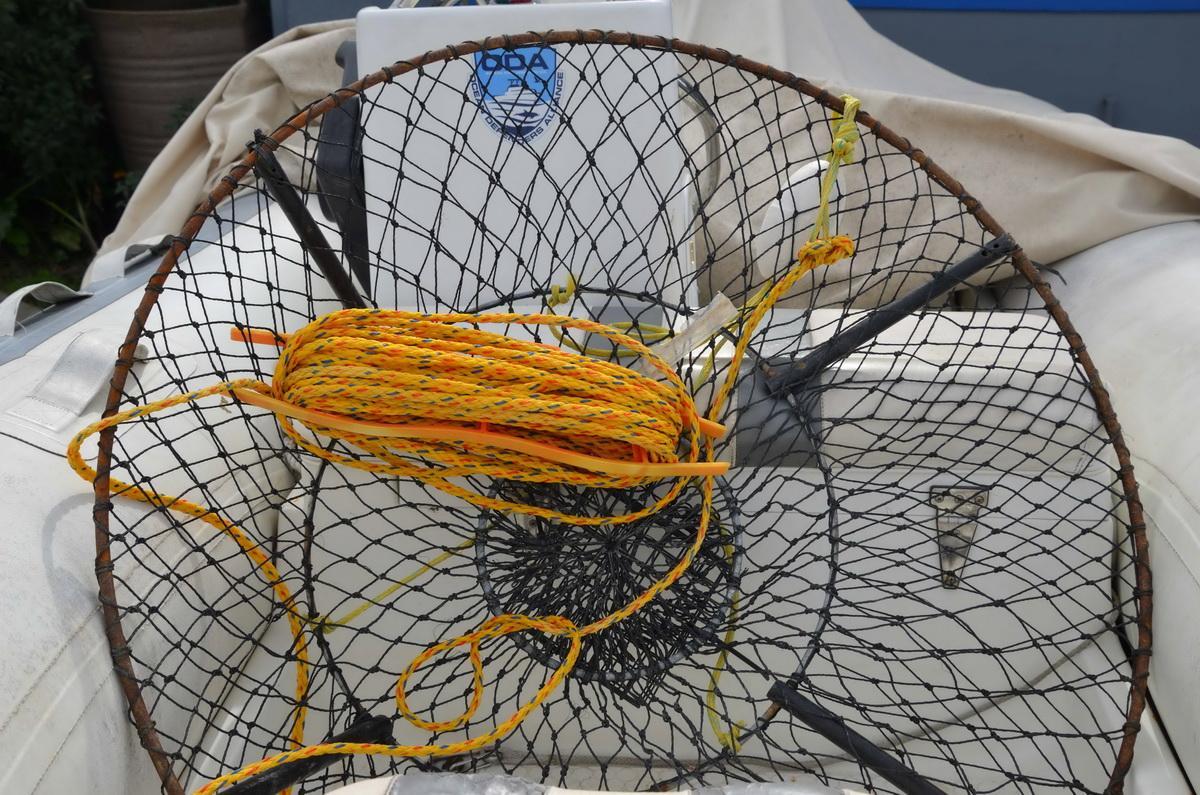 The trap was in an area of the harbor that doesn’t allow traps to be set in, so we removed it.

As we continued on our way, we were treated the beautiful sights of some migratory birds that were making their annual trek from Alaska down to Mexico. 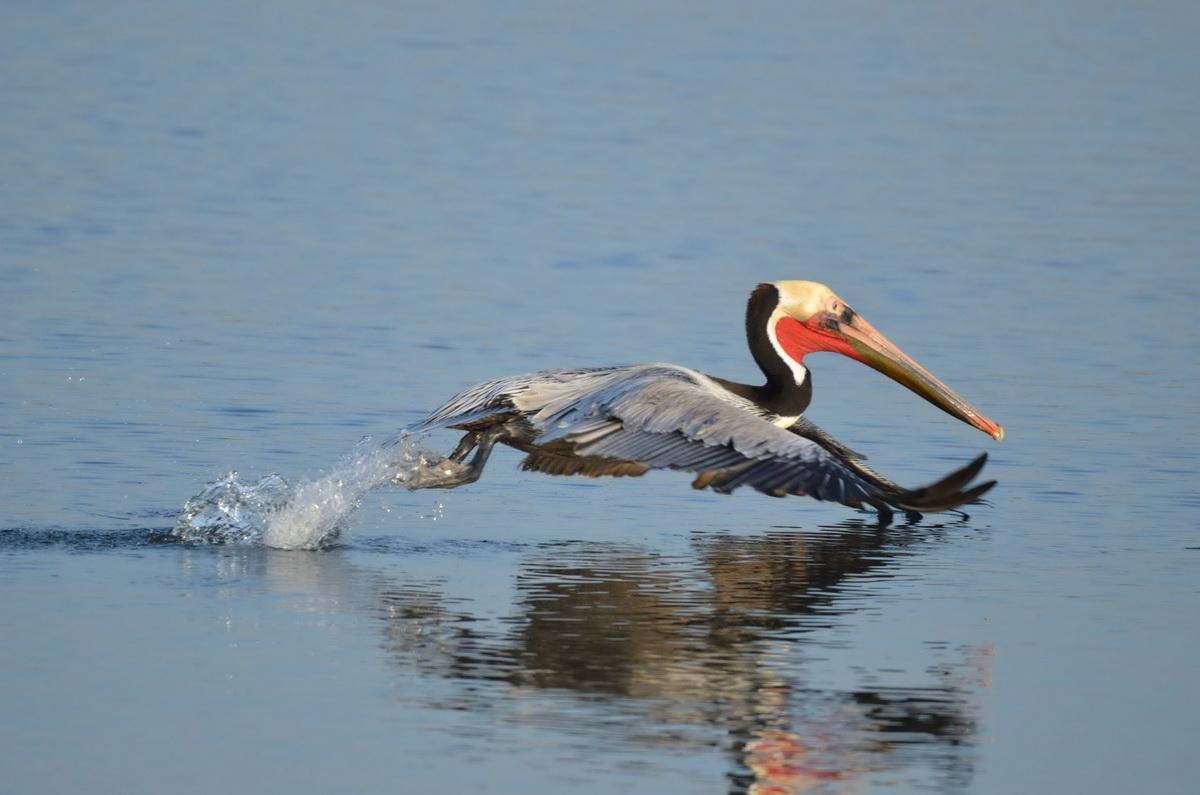 We saw a brown pelican, several dozen surf scooters, some eared grebes, and quite a few double-crested cormorants. 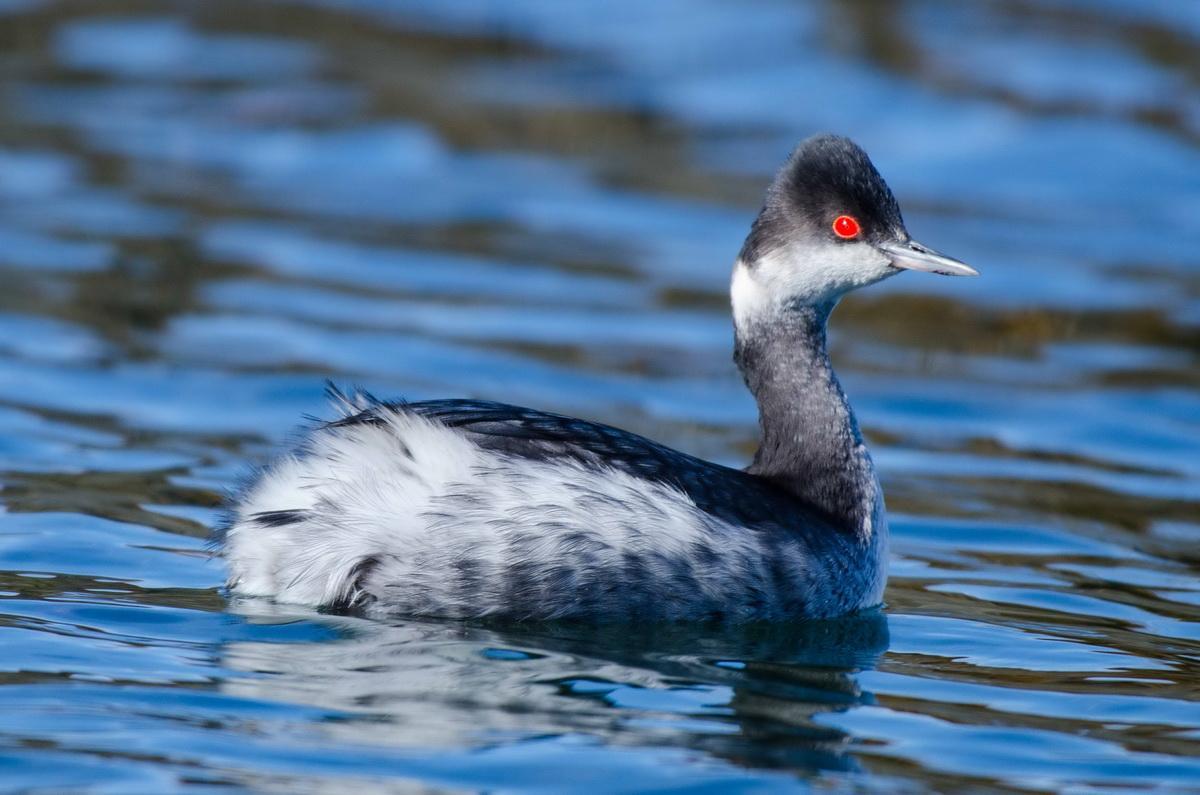 These birds are exactly the kind of wildlife that are affected by all the discarded plastics that plague our oceans...some of which we just removed! 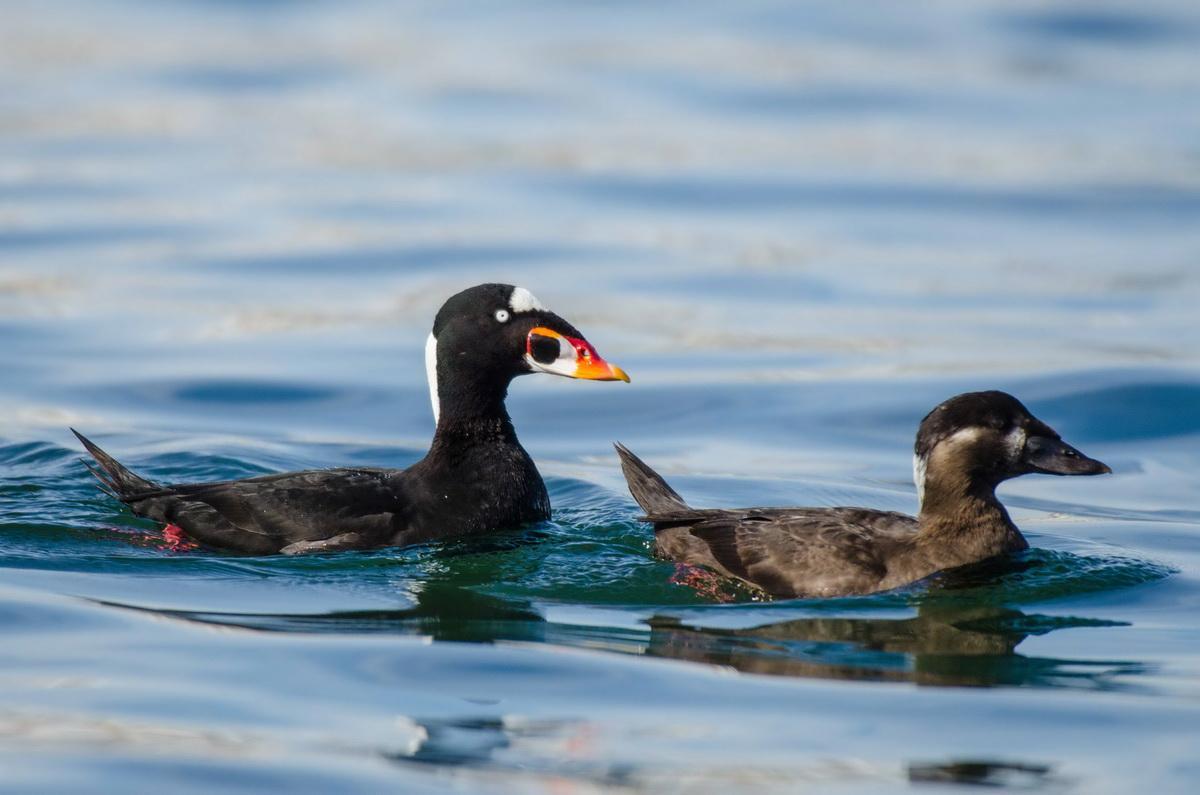 In all, Linda and I removed 90 pounds of marine debris. So, even though the LegaSea is still out of action for a bit longer, thanks to all our caring supporters we can still make a difference as we utilize our other boats. 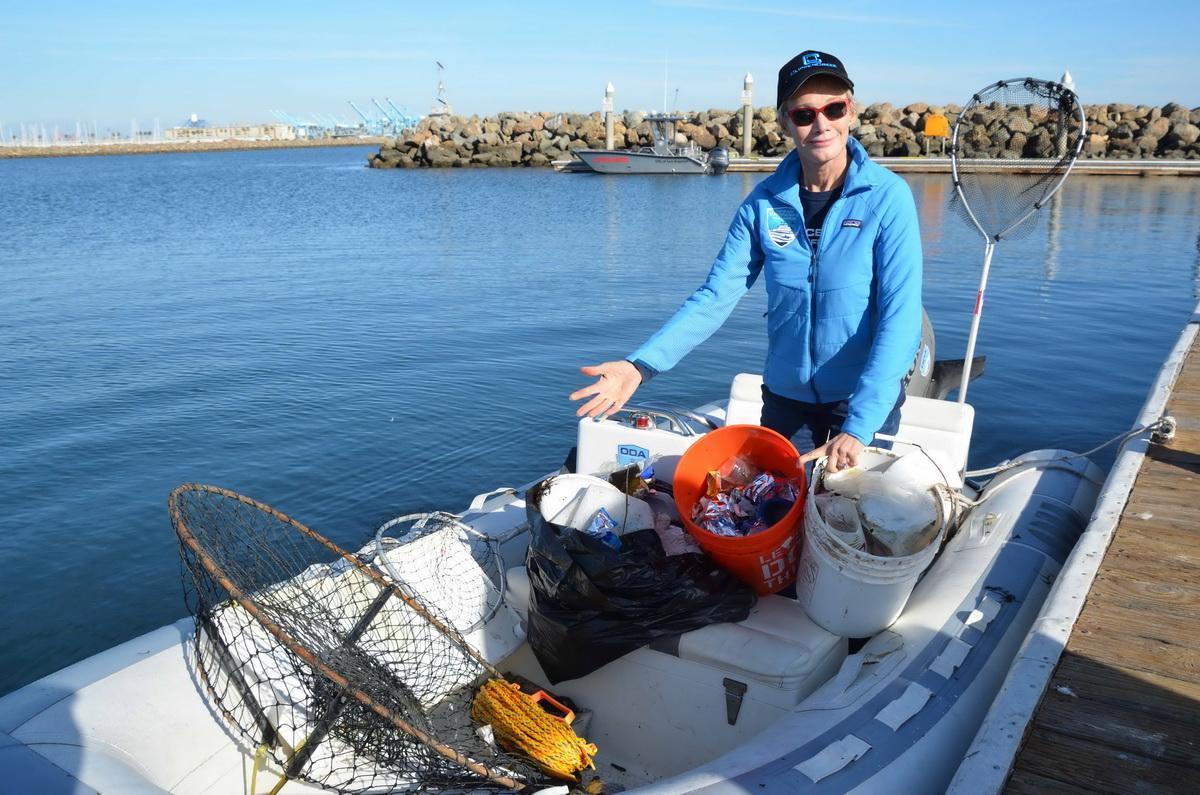 You Can Do What Linda Did!

If you want to participate in a Southern California coastal cleanup sometime, please fill out our Crew Application. 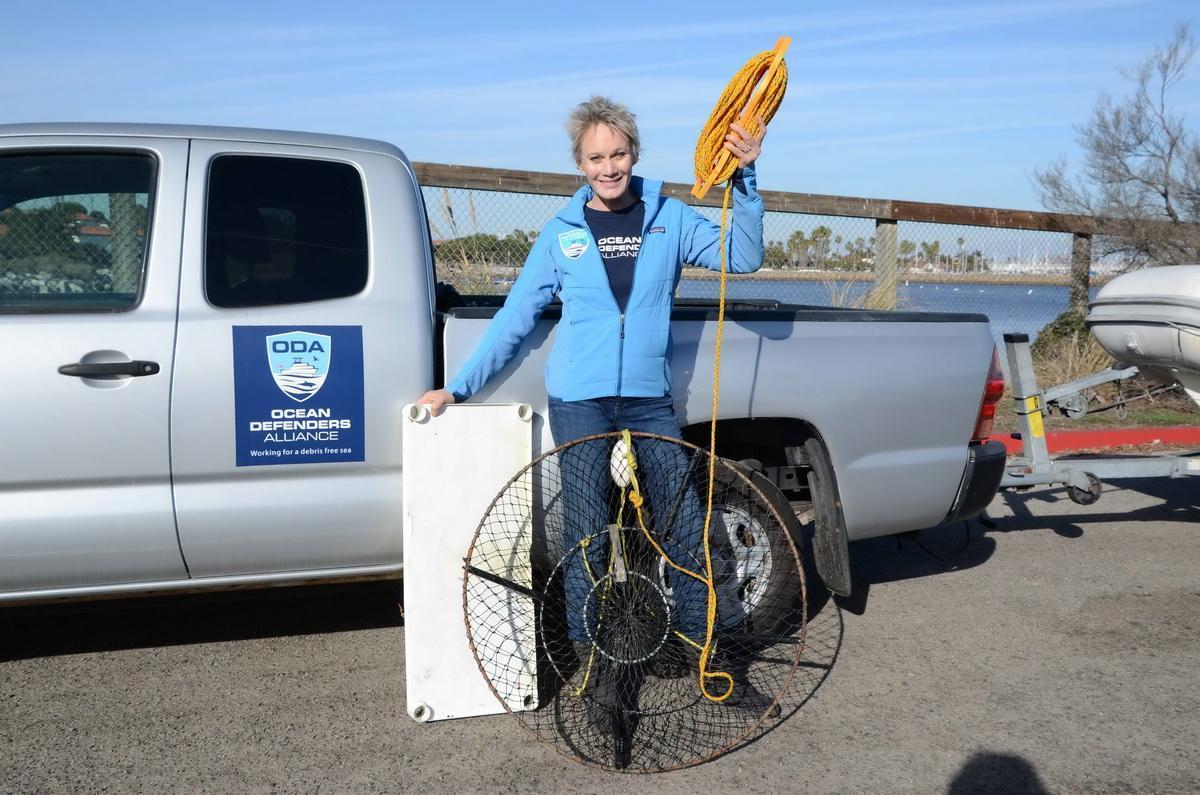 We’d love to have more “Linda’s” to patrol the oceans and make a difference for the wildlife and habitat!