Sometimes the Easy Jobs are the Hardest

Back on August 26th, we had a boatload of divers go out to an artificial reef off the coast of Palos Verdes.  Walter Marti had been at the site a few weeks earlier and told us that he saw a net on it that needed to be removed.

So, Kim Cardenas, Bill Maley and Geoff Walsh grabbed their dive gear and headed down to see what they could do.  On deck were Lisa Davis, Brooke LaDouceur, Jim Lieber, and me. 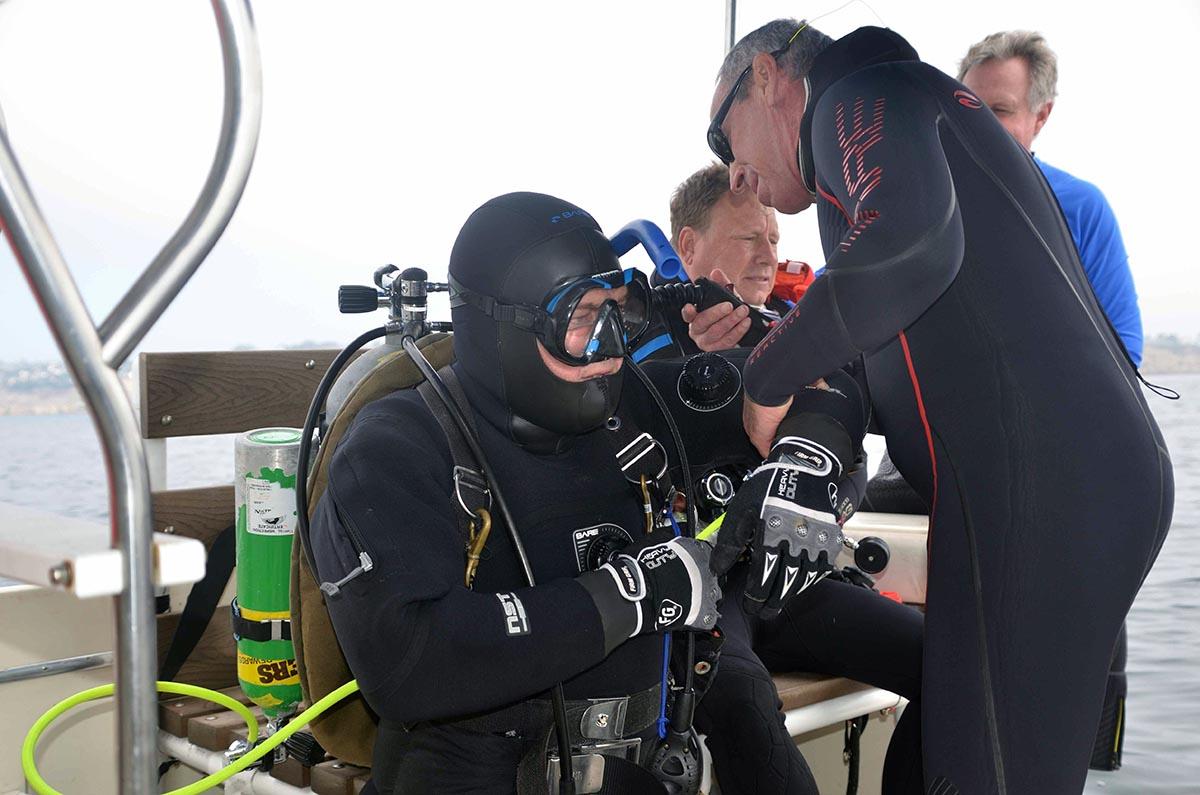 The divers were able to start putting lift bags on the net, only to run out of time because they were low on air.  As I started to pick up the anchor and hear home, it got caught on something… and try as we might we couldn’t get in up.  So we tied a float to the end of the anchor chain and cut the chain loose, figuring we would come back the following week, let the divers untangle it, and then haul the chain back on to the boat. 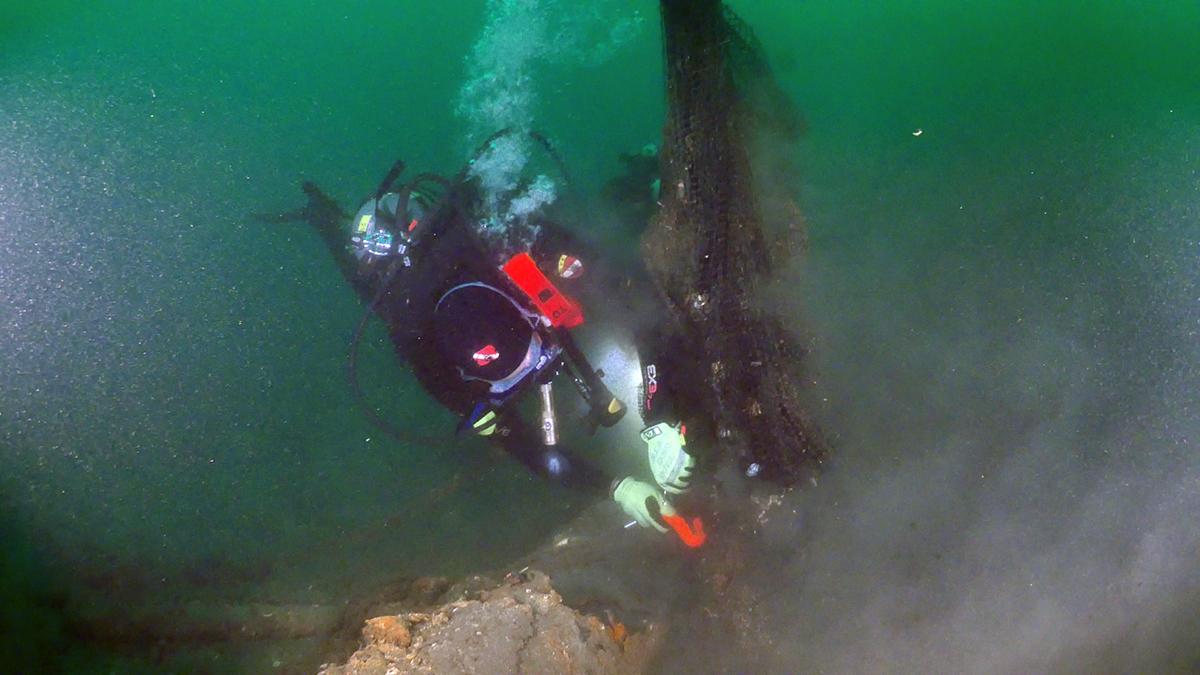 On August 26th, divers Kim Cardenas, Al Laubenstein and Geoff Walsh dropped down on the site and began the rigorous work of attaching lift bags to the free end of the chain so the deck crew could re-attach the chain to the boat. Then we hauled the entire chain and anchor back onboard.  The deck crew was Jeff Connor, Lisa Davis, Brooke LaDouceur, Jim Lieber and myself.

Unfortunately, getting the anchor back was not an easy task and we were all worn out, so we didn’t get to do another dive to continue working on the net…

On Sepember 9th we decided to give this site another try.  The divers were: Al Laubenstein, Bill Maley, Walter Marti and Geoff Walsh.  On deck were Lisa Davis and I. 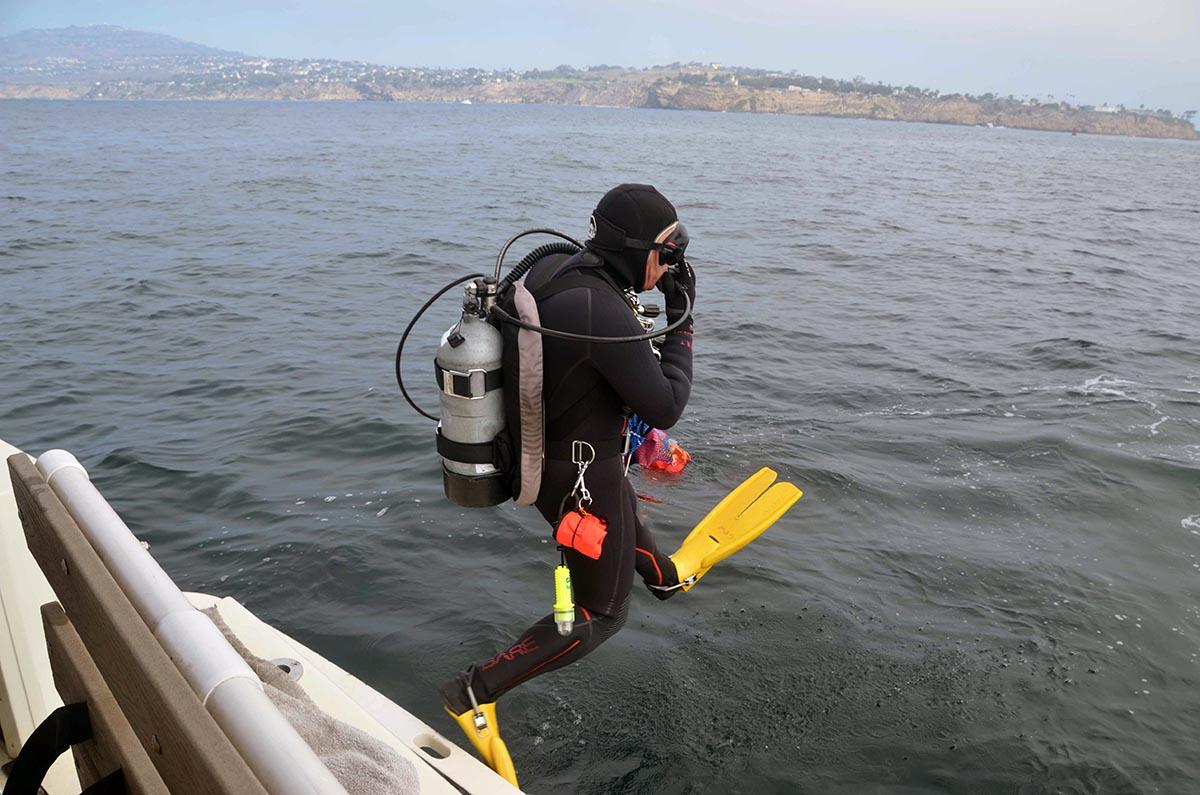 It’s been a long time since Walter had time to go out with us, so it was REALLY nice to see him again, with his underwater (UW) camera in hand.  Thanks for the informative shots, Walter!

So this time was the charm.  The anchor got deployed smoothly and we put if five feet from the wreck site.  In fact, you can see it in a few of the pictures.  The divers got to work on removing as much net as they could, and pretty soon Lisa and I were seeing lift bags breaking the surface right near our boat. 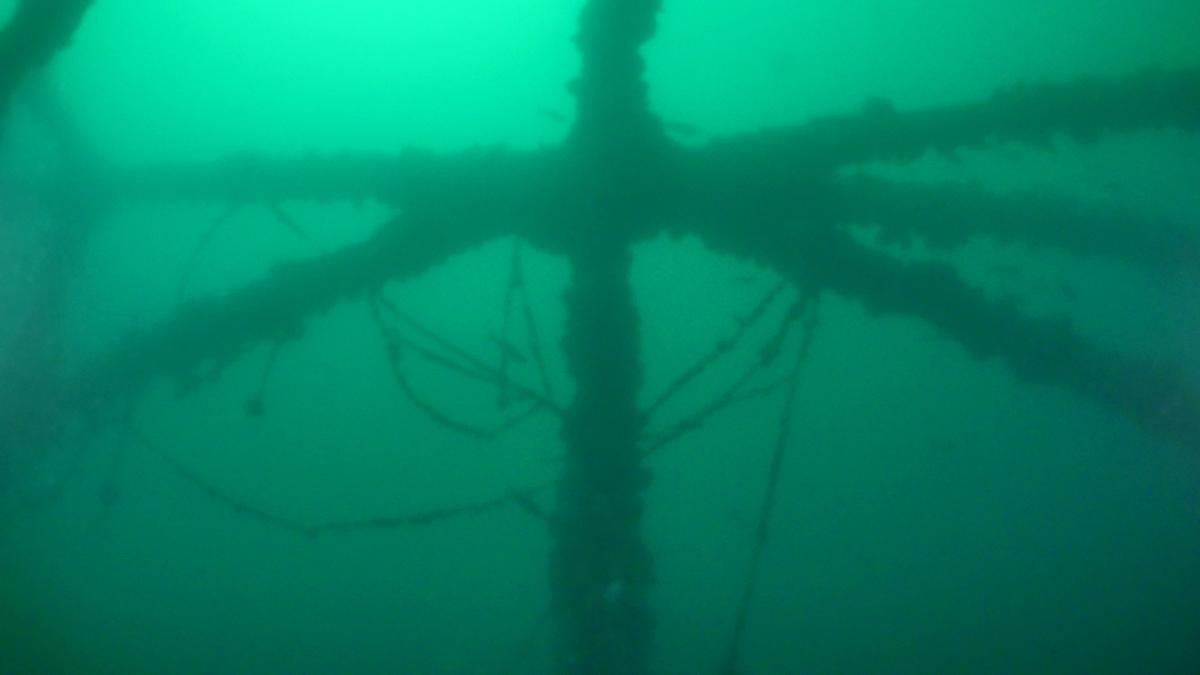 This was a deep dive, at roughly 90 feet, so the dive team only had about 20 minutes to work down there.  When they surfaced and got back on the boat, they decided to do a second dive.  We sat around for an hour and a half to let them get their energy back.

Around noon they headed back down and more lift bags were coming up.  They weren’t down as long on the second dive due to dive table limitations.  But we got a good start on clearing the site of a lot of nets that have accumulated on the site over the years.   Most of the nets are from the squid fishery, but some of them are gill nets.

This is one of those projects where you don’t get instant gratification of removing deadly debris in one day, but by chipping away at it, progress cannot be denied.  As you can see from the pictures, the structure has nets draped all over it.  In the places where netting is not a factor, you can see life proliferate: gorgonians, anemones, scallops, and crabs abound.  Where the net is lying on it, hardly anything lives. 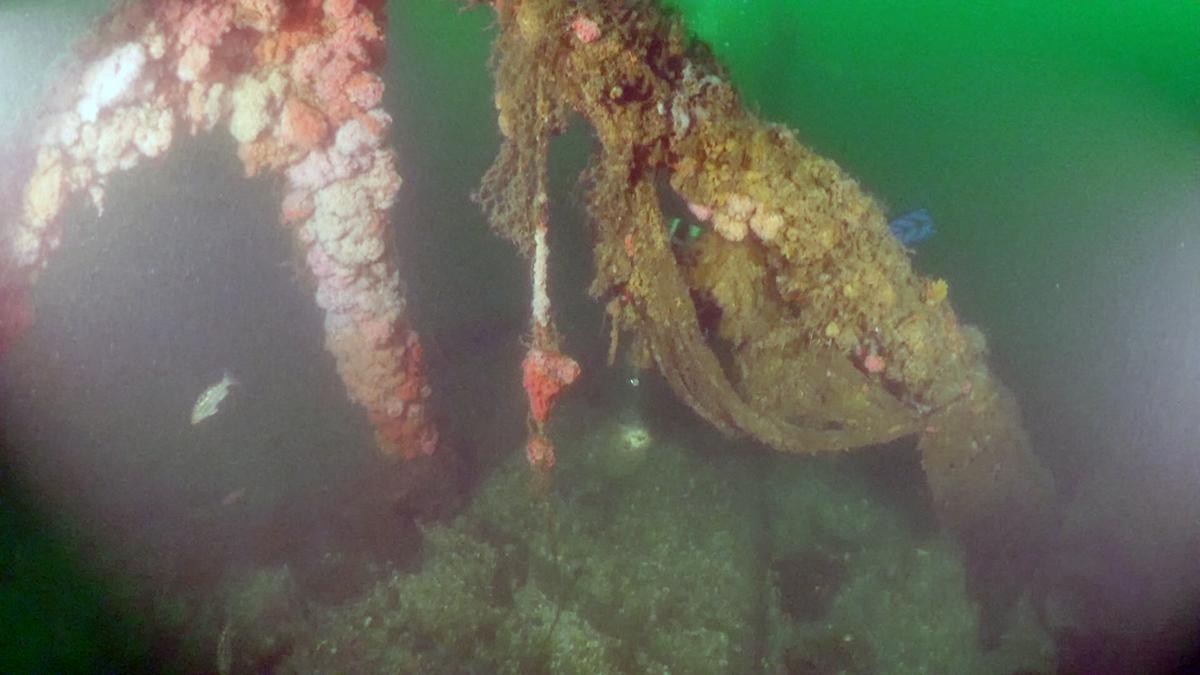 Thanks to everyone who has been on these outings!  We’ll be back soon to continue making sure no more animals get stuck in these nets.