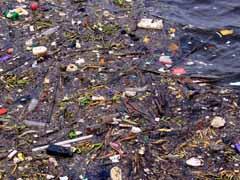 Here at Ocean Defenders Alliance, we think about plastic a lot. We have to, because for over a dozen years, our job has been to battle this chemical Frankenstein in and under the waves...where it poisons and kills. Because of its importance as a factor affecting the health of the oceans, this is the first in a series of articles we'll be posting here, so please stay tuned for more information and the rest of the story!

Plastic is so popular and prevalent in our world, we thought you – someone who cares about our oceans—might like to join us on a journey for knowledge. Come along and learn about the emergence, evolution, and ubiquity of this product that causes the unnecessary death of so much ocean wildlife. We'll be addressing the subject of ocean flora and fauna—one that is near and dear to our hearts—after we uncover the world of plastic. One must know his enemy in order to defeat it!

The Evolution of Plastic

People have only woken up to the issue of plastic pollution within the last decade or so, but this awakening occurred after almost a century of rampant littering—both on land and in our life-giving waters. Alexander Parkes invented the process of making plastic in 1862. At that time he was using organic material—cellulose. Then in 1907, Leo Baekeland invented the first fully synthetic plastic, called Bakelite. Fast forward to 1939, and that is when nylon and neoprene were brought to market. Then, in 1951, polypropylene was thrust upon us. 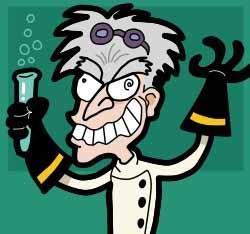 All along the way, inventors were working hard to create the next form of plastic that would revolutionize the gazillion ways we could utilize this "indestructible" material. Thus were born: polyvinyl chloride (PVC), polystyrene, polyurethane, polyethylene terephthalate (PET) [and parents don't let your kids try to pronounce this or you'll end up in a "pharting" contest!], saran wrap, styrofoam....and a myriad of others. All were brought to market with lots of good PR. Plastic was going to replace or improve everything from glass to wood to rubber to steel to...breast enhancements!

The process of making any plastic is very energy and resource intensive. First, you have to bring a bunch of chemicals into a mixer, heat it up, push it into a mold that creates the part/shape/thickness that you desire.

Here is a quote from the internet describing the "ingredients of plastic": All plastics are made from petrochemicals, i.e.: oil. Plastics are relatively stiff materials made of polymers and other ingredients such as filler, pigments (for color), plasticizers, flow improvers, and stabilizers.

In 1960 plastics made up 1% of the trash in the US, and by 2007 that was up to 12%. Mind you, the vast majority of the items we use are for one time and short-term use. Think about all those shopping bags, water bottles, straws, soda lids, food containers, shampoo bottles...then look at all the packaging many products come in. My neighbor recently bought a package of popsicles during a heat wave here in Orange County: there were 32 individual plastic tubes filled with sugary water to be frozen and consumed, but these came in a plastic case, and the case was shrink wrapped in...you guessed it—plastic!

If we are lucky, all of this stuff will end up in a landfill. Although I don't think the planet will agree that these massive piles of waste represent "luck." But, I digress. My point is that a good percentage of this trash ends up in our streets, on our curbs and landscapes, which all lead in one way or another to the oceans.

Almost immediately upon contact with water, the chemicals start leaching into the receiving body, whether it be yours, mine, or the rivers', lakes' or seas'. These chemicals have been proven to be endocrine disruptors, which is a fancy term for saying they alter the way our biological functions are conducted. If you don't know already: it can result in males being born with female genitalia, create low sperm count, bring on early puberty in girls, and is also known to cause cancers and alter our brain chemistry. Really? All this for some sugary water on a hot day?

One of the more ubiquitous components of plastic is bisphenol-a (BPA). It is used a lot in our food containers and children's toys. It is used to soften the nipples that are used on baby bottles, as well as to line the inside of our food cans to help prevent salmonella and botulism poisoning. A study done in 2007 found that 92% of Americans over 6 years of age had BPA in their blood. Also, a 2008 article in the LA Times stated, "A controversial, estrogen-like chemical in plastic could be harming the development of children's brains and reproductive organs, a federal health agency concluded...that fetuses, babies and children were in danger because bisphenol A, or BPA, harmed animals at low levels found in nearly all human bodies. An ingredient of polycarbonate plastic, BPA is one of the most widely used synthetic chemicals in industry today." Really? ...and we simply continue to make it and release it into our food web and environment with no hesitation?

There is now a burgeoning market for BPA products, which leads me to another problem of our current society: we seem to always want to release new products onto the market before any long term studies have been done to examine the effects these products (or in this case, plastics) have on humans, let alone what they do to our non-human friends. This human behavior has led to the fish, whales, dolphins, and sharks having to live in the toxic soup we have made out of the oceans.

OK, OK... how does this relate to ODA? I thought you'd never ask!

Going back in time, fishing nets used to be made out of hemp. This material was used for hundreds, if not thousands, of years. After a few years these nets would start to deteriorate and had to be replaced. That did 2 things: it created a stable net manufacturing business, AND the nets would quickly degrade if left in the oceans or lakes. In fact, the fish killing community would just throw the nets overboard when this gear had reached the end of its usefulness. While the practice of discarding nets remains legal in some areas: we propose that only unethical fishing operations (working against their own interests!) would abandon these nets…nets that no longer degrade because they are made of plastic.  Now, once discarded, they float on the surface, drag along the ocean floor, and continue indiscriminately killing for centuries.

Somewhere around the 1950's the commercial fishing industry switched over to using nets and lines made out of plastic: Nylon for the nets and polypropylene for the lines. This has resulted in another man-made disaster for the underwater world. 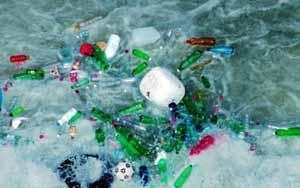 Plastic in the ocean acts differently at the surface than it does throughout the rest of the water column. When at the surface, the sun, wind, and waves act as a kind of washing machine.

The sun heats the items up and they start chemically breaking down and losing their physical strength/form. Then the wind and waves begin the process of beating them up into smaller and smaller pieces. Over the years a plastic container will be reduced to pieces the size of a grain of rice. The pieces still amount to the same bulk, but they are in tiny pieces—easily consumed by fish, birds, turtles, even filter-feeding whales. One pound of that container is still one pound, just in a thousand small and ingestible pieces.

One thing quite remarkable about these rice-sized bits of plastic is that because of the chemical nature of it, toxins in the water (such as DDT, BPA, PCB's, and PAH's) attach themselves to this degraded plastic. These small pieces look like fish eggs to the marine wildlife that normally eats them, so birds, fish, jellyfish, and many more creatures consume them. When they do, they ingest concentrated doses of these known carcinogens and endocrine disruptors. It is having disastrous results on their reproductive capabilities. To show you how it affects humans, those fish and birds are eaten by larger fish, which in turn are eaten by the top predators, tuna, sharks, dolphins and...homo sapiens. Thus does this whole process come full circle—to the source; us. 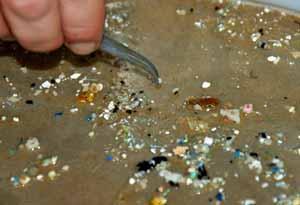 But let me take you back to the plastic degradation process: Although floating plastics are broken down by a variety of factors, nets and lines do not interact with surface conditions. It has been estimated that polypropylene line will last approximately 450 years, and the nylon nets will last about 650 years! Since plastics haven't even been in existence for long, we have no way of knowing its exact longevity. But that is not the point. The point is that this gear is virtually indestructible in our lifetime, and we are passing this on to the next generations of human and marine life with no consideration of the impact.

One type of net, "gill net," is made of monofilament strands that are likely to last as long as nylon. A study by the Northwest Straits Commission (Puget Sound) proved the lethal "effectiveness" of gill nets:

ODA is on the Job

What makes ODA a necessary and highly impactful organization is that we remove tons of this type of debris from California's waters. We have utilized thousands of hours of volunteer diver time to remove and properly dispose of nets and traps up and down the coast from our home port in San Pedro. All of this is done with our boat, the Clearwater, our volunteer Boat & Dive Crew, and the generous contributions of our supporters. 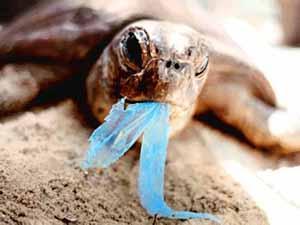 It is said that with awareness comes change. Well, if you were not aware of the problem, you are now. If you have, to this point, been inactive because of your lack of understanding, I can understand that. We all "wake up" at some point. However, now you know; you are aware. You now understand how the production and use of plastic—along with its improper disposal—is not only dangerous to you and your loved ones...it is also extremely damaging to the oceans upon which we rely for our very existence.

It is our sincere hope that being "armed" with the knowledge of what is happening, you will choose to become involved, to take an action, whatever that is. Please consider how your buying choices have an impact—and choose to be a compassionate and informed consumer.

Please consider joining ODA as a volunteer if you have time to join us in our important activities to defend the oceans.

Please also consider supporting ODA with a financial contribution. We cannot operate without fuel and maintenance for our vessel, and we have other basic operating costs as well. It is only with the support of informed and caring people like you that we can continue our important work.

Stay tuned for more articles in our series on Plastic World!

Thank you for being a part of ODA's local efforts to take care of a global problem. Will you help us?