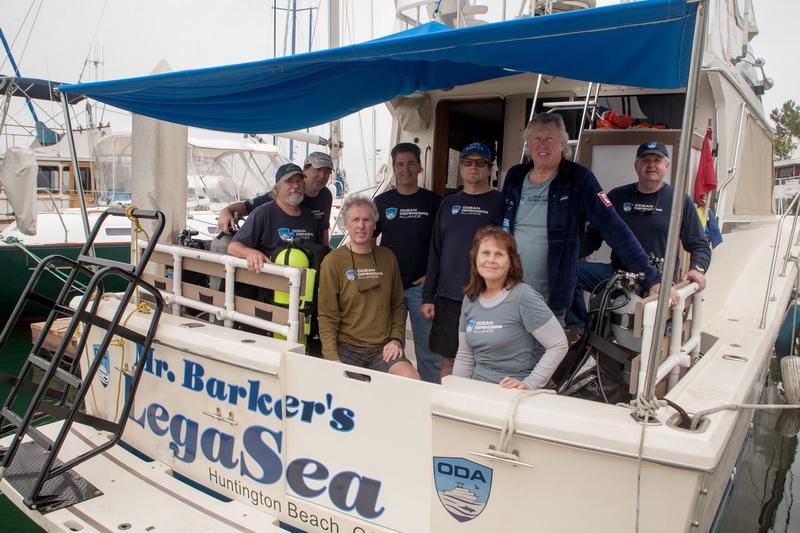 The seas were flat and calm as we motored from our slip in San Pedro toward Huntington Harbor.

As you can see from the pictures (be sure to look at our photo gallery below!), last weekend the area was entirely clouded in. The underwater visibility was even worse: less than 3 feet.

But the gloom didn't stop us.

Onboard Mr. Barker's LegaSea, the divers were: Al Laubenstein, Jeff Connor, Dan Eisenbeisz, Bill Maley, and Bob Nimmo.  This was the first time that Bob and Dan have come out with us, and both of them turned out to be skillful divers.  Bob is a dive instructor, and Dan has lots of experience as a Rescue Diver.  Great to have them aboard!

We anchored in a spot we've been to before not far from Seal Beach.  In fact, this is where we had massive (literally) success when we descended on the place last year in October. 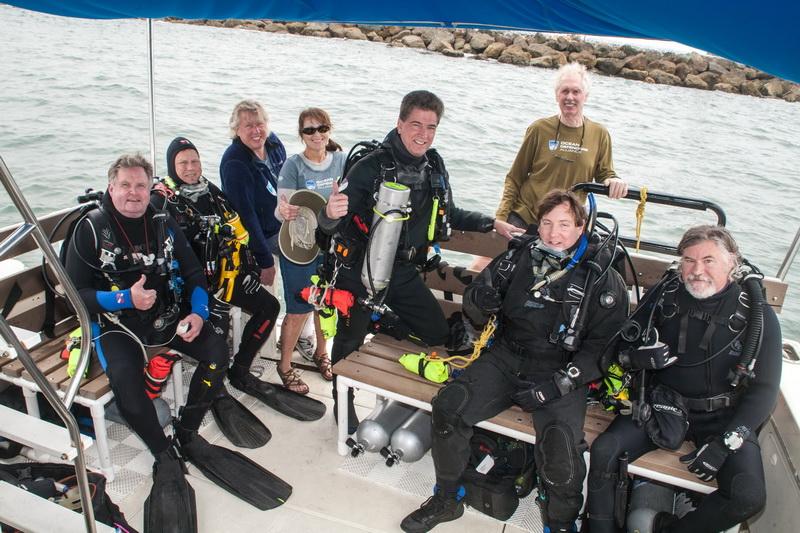 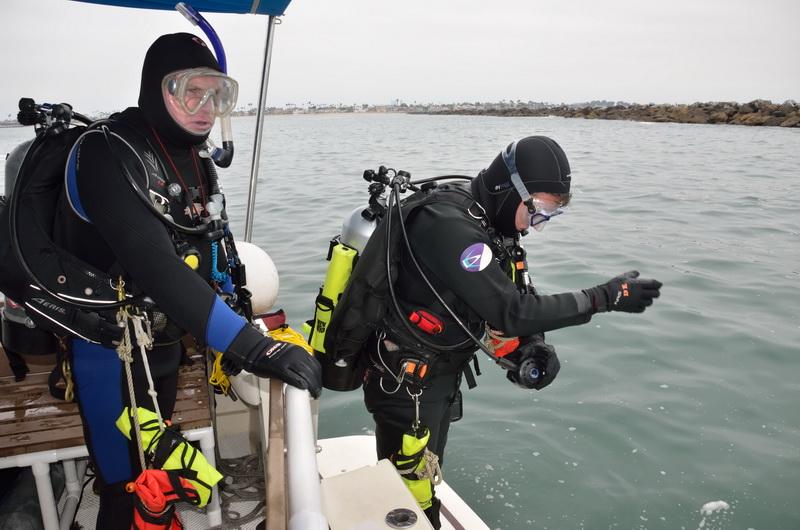 The five divers dropped down around 10 o'clock and were down for about an hour.  Although no lift bags were sent up, when Al surfaced he told us that he had found a trap filled with live crabs and lobsters, however, the bottom three inches of the trap was buried in the sand.  He had to leave it there because it was too buried for him to remove it, so to be able to return to this location with more help, he attached a surface marker to it and deployed it. In the pictures you will see the surface marker-a tall, thin orange buoy sticking up out of the water about 3 feet. 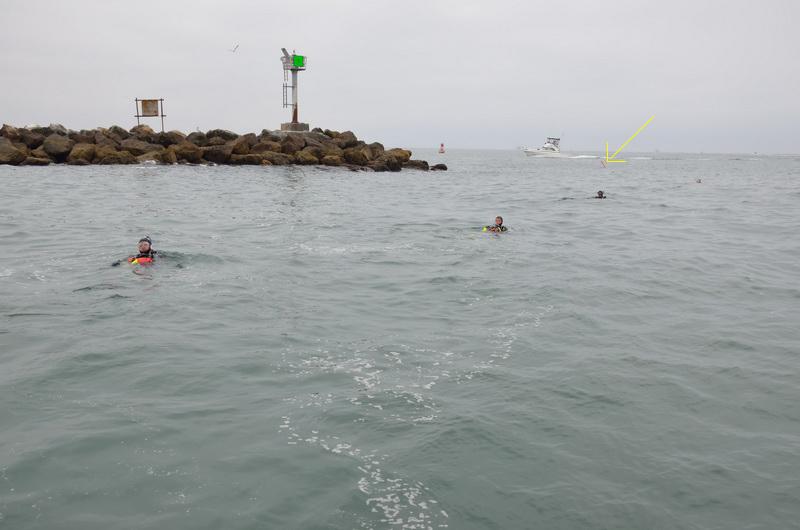 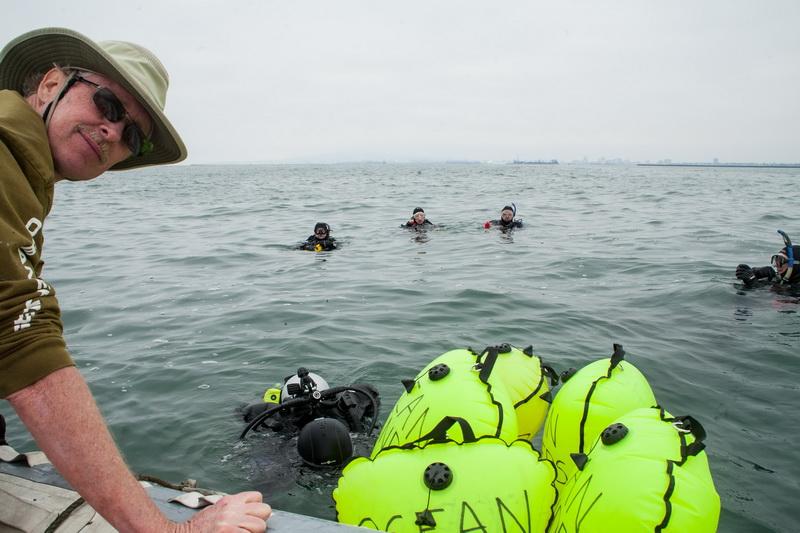 So, after a brief surface interval, all five divers jumped back in and swam over to the surface marker.  They dropped down to the trap, at 26 feet, and within three minutes we saw a gaggle of lift bags break the surface.  They needed to attach several bags to get enough lift power to dislodge the stuck trap. A few minutes later several more were visible, less than 30 feet away-yes, another trap! 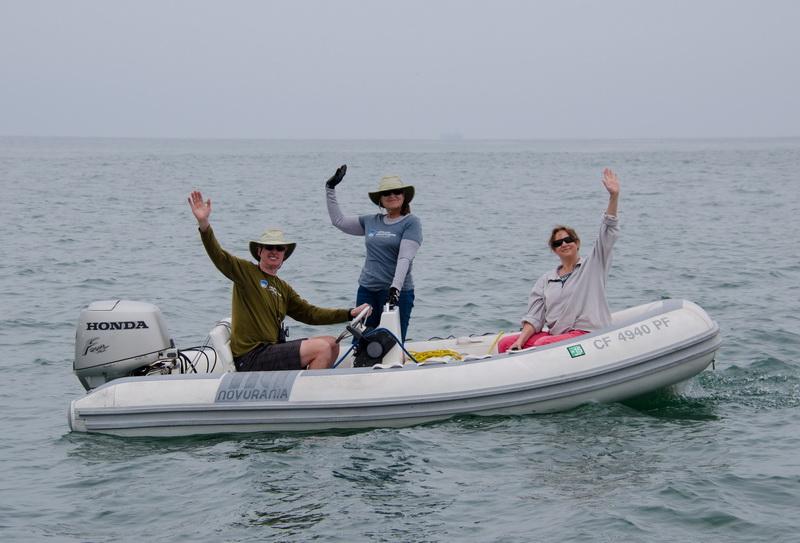 Jim, Lisa, and Julia (our stalwart boat crew who double as our Rigid Inflatable Boat crew) were already in the RIB and quickly attached a tow line to one of the traps and dragged it through the water over to the LegaSea.  After we tied the RIB to the boat, Jim and I hauled it onto the rear dive platform.  Much to our surprise and delight, there were a bunch of animals in it! Why were we excited? Because we love to release them, of course!

So, we secured the trap to the transom and the RIB crew headed back for the other trap.  Soon we had two traps and all our divers safely on the boat.  We then went about the process of releasing the animals from the first trap.  The second had no animals in it.

However, as you can see from this picture, there were a lot of critters in that trap and they wanted out!  We gingerly removed three lobsters and nine sheep crabs.  One lobster managed an early escape during the tow ride to the boat.  All were alive, although a bit lethargic from spending so much time in their (near-) death cell.  Make no mistake about it, they would have died in there-as so many do. 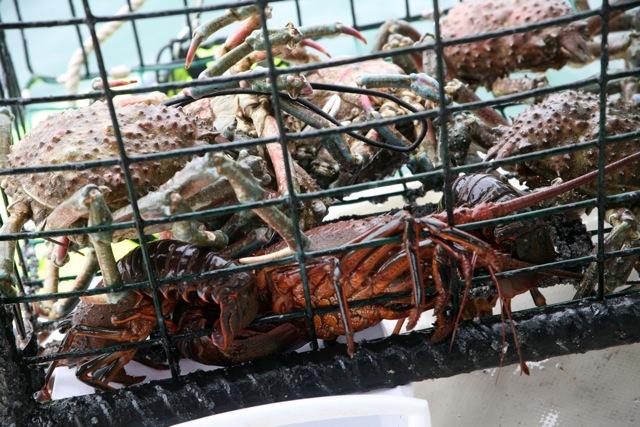 As far as I can tell, this was a trap that had been set by poachers.  There was a bait jar in there, loaded with smelly fish entrails; this is what attracts the animals to the trap in the first place and they enter through a funnel on the side of the trap.    Unlike a legally set trap, this one didn't have a buoy attached and the trap door was secured shut with plastic zip ties.  The trap door is supposed to be built with a metal clasp that will rust away within 2-3 months.  That way if the trap becomes lost or abandoned, the door will break open and allow critters to escape.  Plus, legal lobster hunting season ended in March.  Hmmm….very suspect. 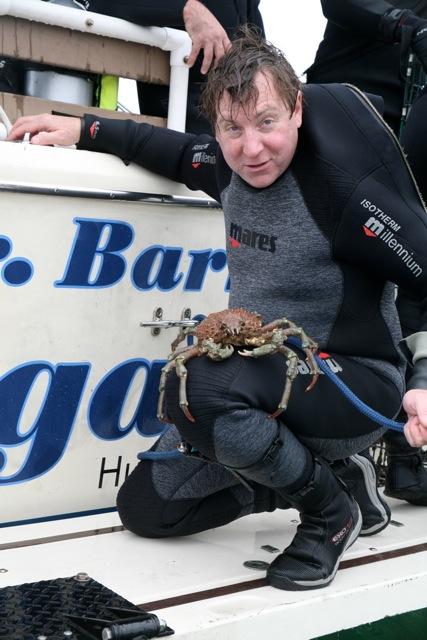 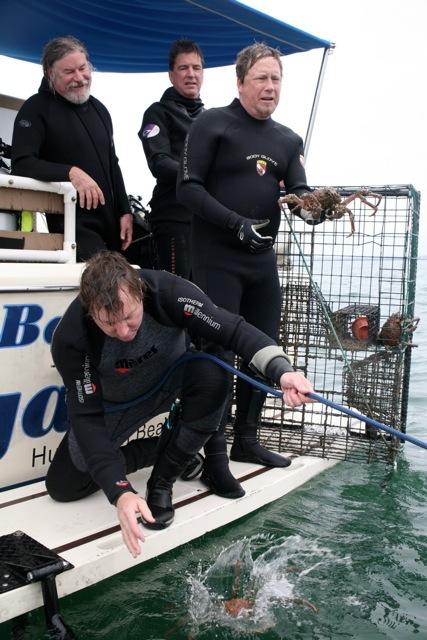 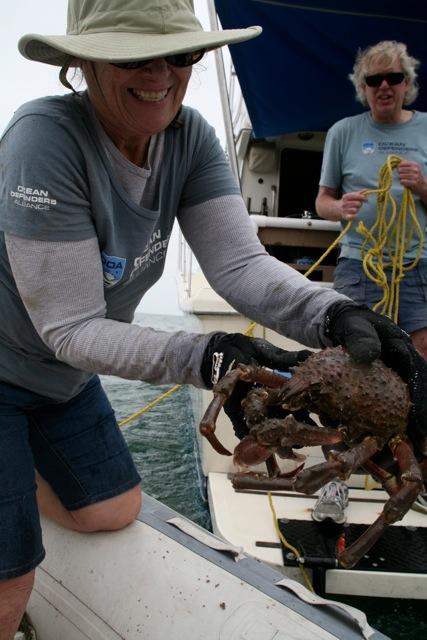 In our Daily Dive Briefing, I always instruct the dive team not to remove a trap if they see a loaded bait jar in it.  This allows us to alert the Department of Fish & Wildlife (DF&W), so that they could survey the area and try to catch the law breakers.  But because visibility was so bad the divers didn't see the bait jar.  Remember, they couldn't even see their fingers at the end of their arms!

So, once again, we have foiled some poachers from illegally killing your and my precious marine wildlife.  Thirteen animals set free to live another day and hopefully procreate. 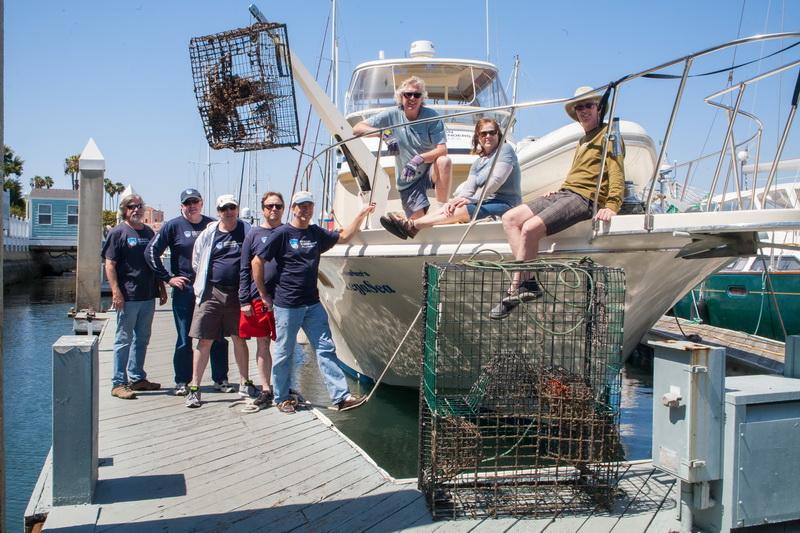 Thank yous go out to our dive team and deck crew, AND our supporters and donors. With the help of everyone in our alliance ODA continues to do what we do best: remove ghost gear and help restore our local marine environment!

Be sure to look at all these great pics in a much bigger size!