Their destination was an area of natural rock formations on the north end of West Maui called Dragon’s Teeth at Makaluapuna Point. 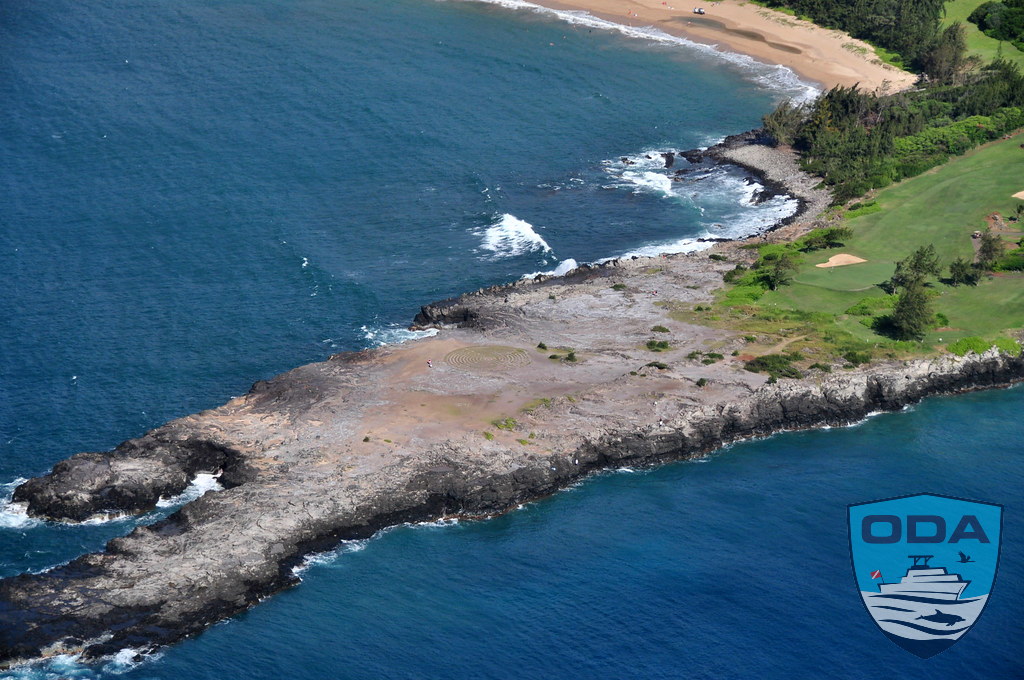 These unusual rock formations are made of lava from the West Maui Volcano that’s been smoothed and shaped by high winds and forceful waves, bleached by the sun, and colored by salt spray and embedded minerals. Along the ocean’s edge, many of the rocks resemble huge teeth hence the name. 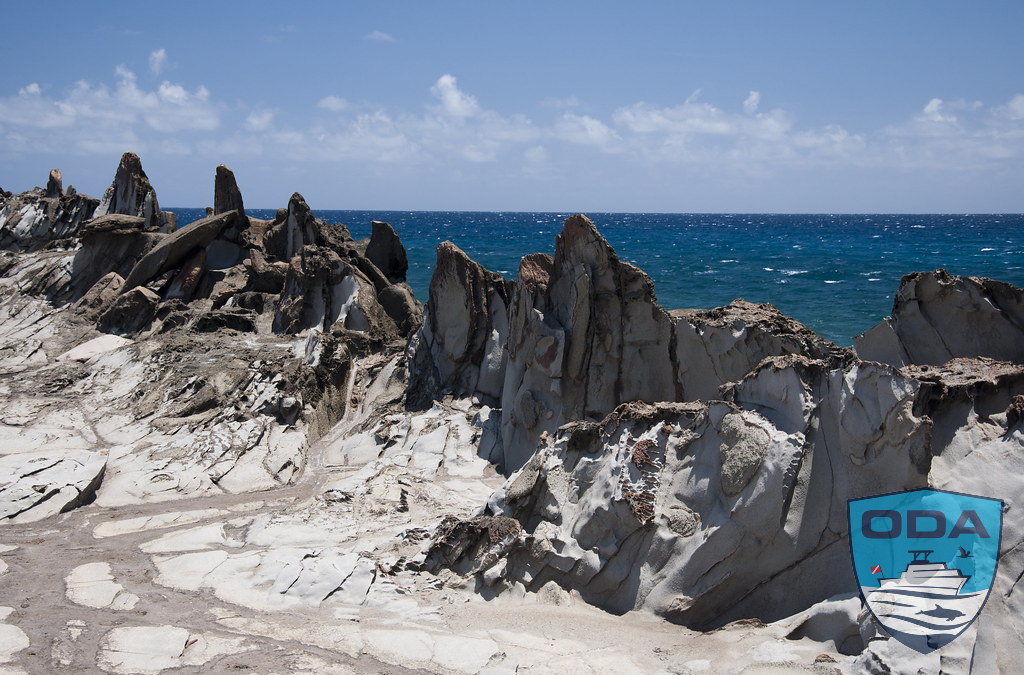 Entering the water from land and using ODA underwater scooters, the divers were able to make quick headway to get the location of the debris.  They found a lot of fishing gear lost by recreational fishermen who stand on the cliffs casting their lines down into the water. The hooks get caught and lines wrap around the corals and rocks.  The lines are sometimes stretched between the corals creating an obstacle to navigate for turtles, eels, fish, and more.

Here you can see Lloyd hauling up a large bag full of lead fishing weights which, if left in the water, will disintegrate slowly over time leaching toxins into the ecosystem. 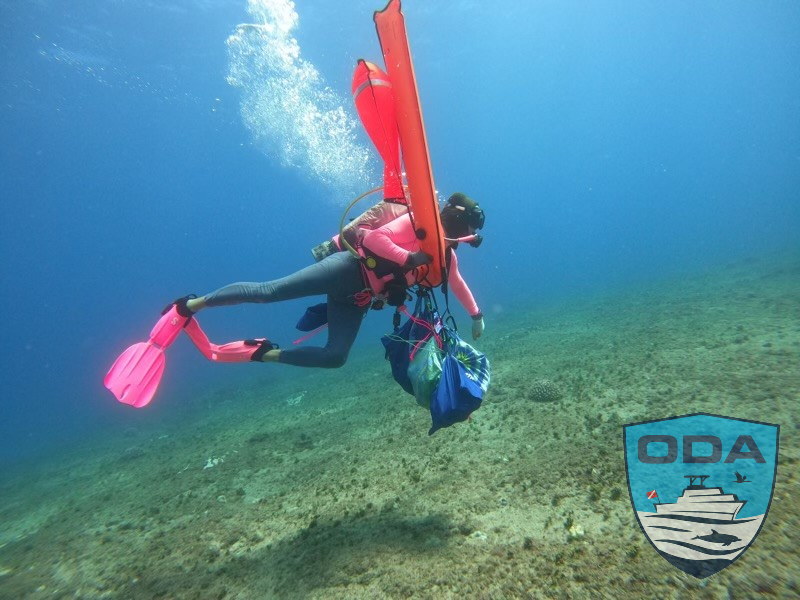 The crew worked diligently to remove many hooks, 302 individual lead weights weighing about 113 pounds, and 2,000 feet of entangling fishing line. Great job, team! And big mahalos to Lloyd for organizing and coordinating the cleanup! 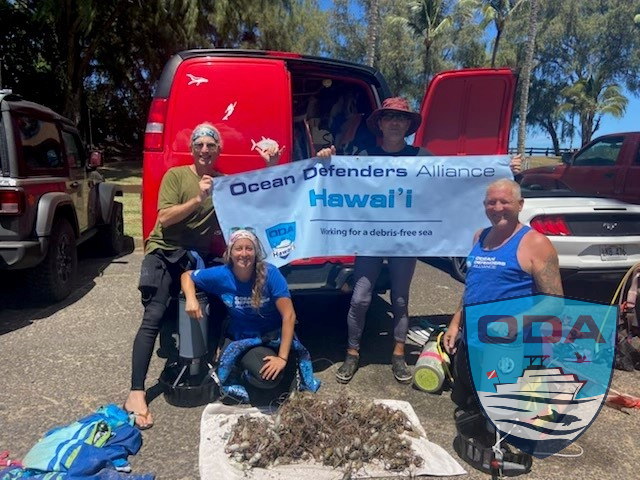 ODA is dedicated to removing hazardous marine debris that’s “out of sight, out of mind.” It may be “hidden” underwater, but we know it injures wildlife and damages the corals. Our supporters and volunteers love “diving in” and hauling this stuff out to benefit animals and their salty home!

Don’t you want to help ensure that more of this hidden but deadly debris can be removed? We thought so! Please visit our donation page to give a gift to the oceans now. Thank you!