Tracking Traps to Protect Whales and All Marine Life

As we patiently—or not—wait for our flagship LegaSea to get back in operation, we took ODA’s small inflatable boat out to the coastline of Palos Verdes, California.

The work we did on this day is part of our ongoing Trap Trackers project. More about this below!

We’ve known about a specific area that is always laden with legally set lobster traps. We previously documented it in 2015, and will continue doing it to impress upon people how dangerous it can be for migrating whales to swim through our coastal waters.

On Sunday, January 28, ODA supporter Steve Fairbanks and I set out from San Pedro and headed out of Los Angeles Harbor towards the border between Santa Monica Bay and Palos Verdes. 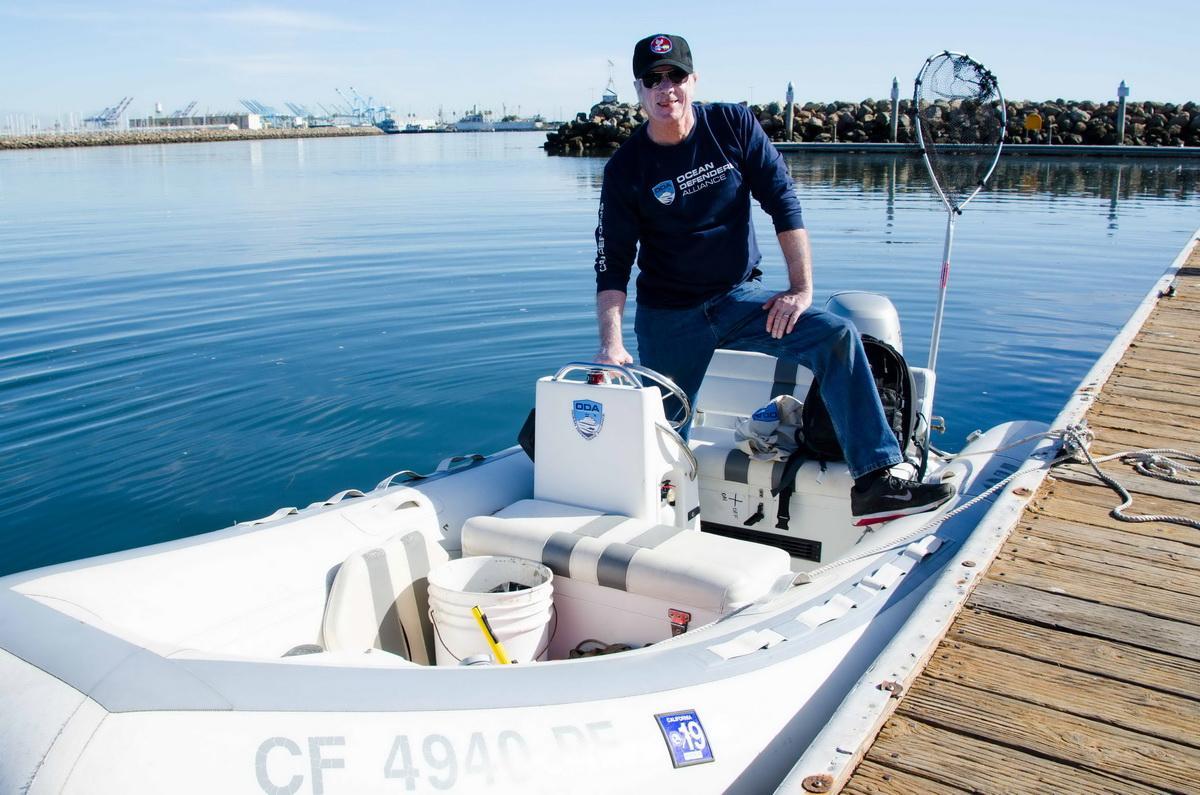 Steve was here on vacation and wanted to go out and see what volunteering for ODA is all about. He has been involved with ODA for many years, financially supporting our work for debris-free seas. Thank you for your ongoing compassion for the ocean and its wildlife, Steve!

Getting the Lay of the “Land”

Because it is against the law to set lobster traps in Santa Monica Bay, the commercial lobster fishermen set their traps right along its borders: Palos Verdes on the southeast side and Malibu on the northwest side.

Steve and I departed from San Pedro at 10am, and we had perfect conditions on our way along the PV coast. The seas were lying flat due to the Santa Ana winds pushing the waves down.

It made for a great and fast ride to our intended site. The conditions also made it excellent for spotting any whales that might be passing through the area, on their way to the breeding grounds of Baja, Mexico.

About halfway to our destination we did spot a gray whale, but it was too far away for us to get any pictures.

As we continued on our way, we passed through an area that is off limits to any kind of fishing. It is called the Point Vicente Marine Protected Area (MPA). 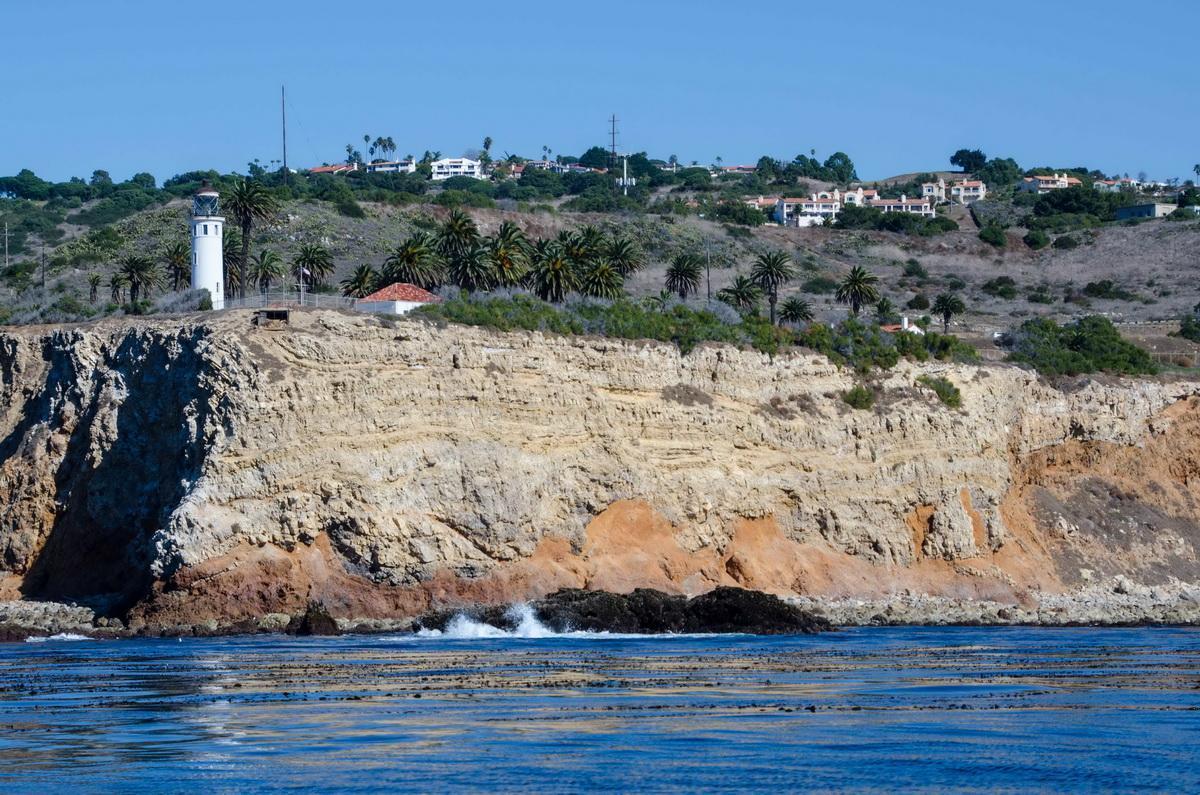 It was given protection in 2011 when the state of California set aside 16% of our coastal waters as MPAs. ODA has been patrolling this site for years now, looking for people who are illegally fishing. Most of them don’t know about the rules but leave once we inform them of the law.

We have seen dozens of boats with their poles in the water over those years, but this time there was nobody in the area. Good sign, maybe our efforts are bearing some fruit!

As we were transiting through the MPA, Steve spotted a whole bunch of trap markers just outside the area. And oh my, were there a LOT of them! We saw a line of the buoys stretching from the shoreline out about a mile. 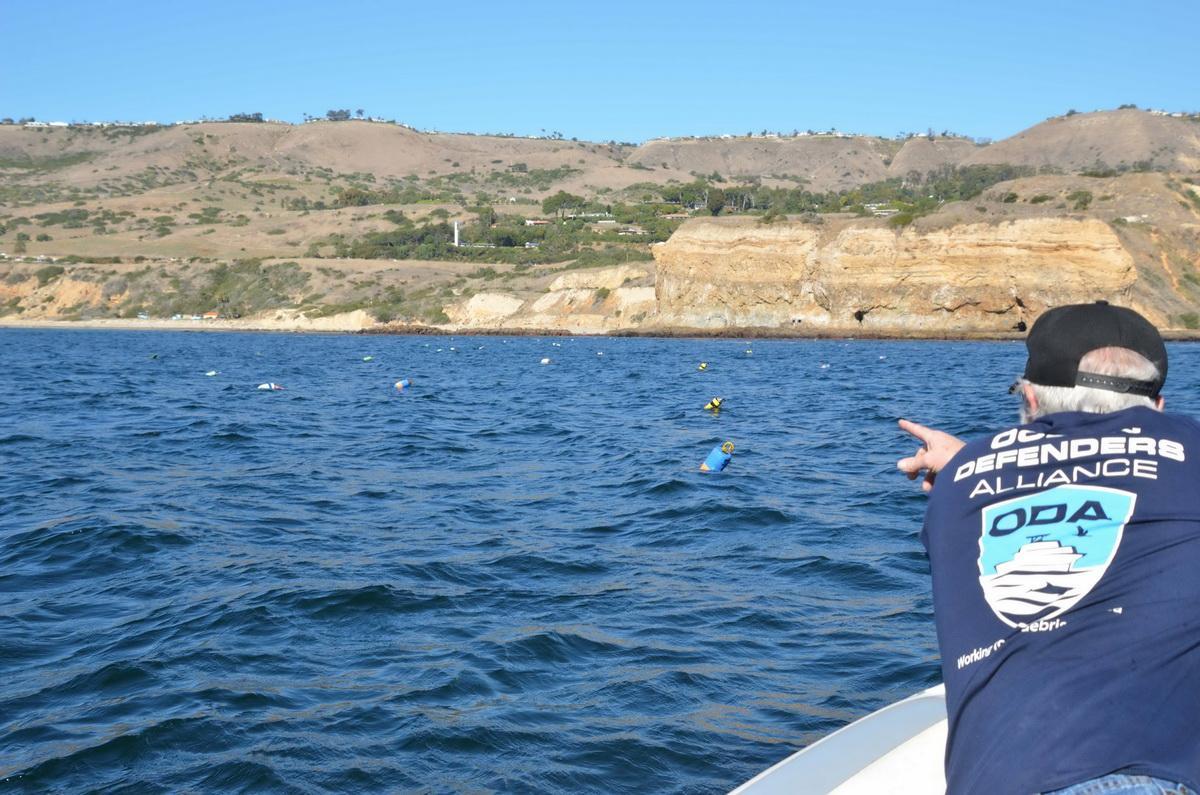 We got as close as we could to the first ones by the shore, and then started marking each trap with our handheld GPS unit.

We then kept heading towards Santa Monica Bay. Soon we were in the midst of what looked like hundreds of traps. We got as close to the shoreline as we could without getting our propeller tangled up in all the kelp that was there. Even though we were only 200 feet away from the shore, we could see there were easily three dozen traps set in amongst the kelp. We just couldn’t get close enough to them to mark them with our GPS unit.

But we did successfully mark about 200 traps. Because we didn’t want to become entangled by the trap lines, we stayed 20 to 30 feet away from each trap. So, keep in mind when looking at our map that they could be up to 30 feet away from the actual mark on the map. Not that that makes any difference to a whale; they have wingspan of about 50 feet, and navigating through this maze of trap lines can become a living nightmare for them or their calves.

After we had tagged the last trap, we headed back to port. Along the way we were treated to the beautiful sight of a huge pod of common dolphins. They weren’t necessarily tightly packed together, but the pod stretched for over a mile and at times were bow riding with us. I couldn’t get any photos of them this time, but below is an image of another day when Pacific white-sided dolphins were bow riding our boat. 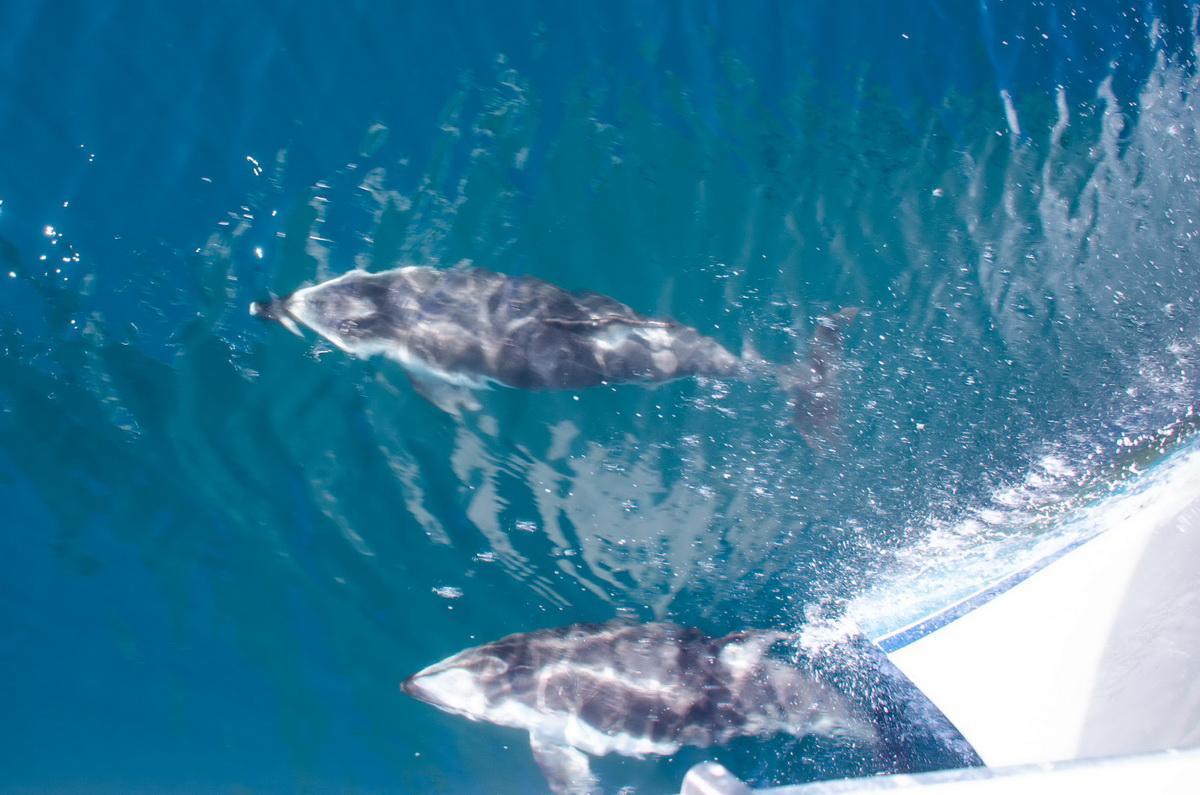 As if that wasn’t enough fun for Steve and me, we saw some small planes headed right towards us. They were flying in formation, and at times were 100 feet above the water!

There were five of them in total, and at one point they circled back around us and as one of them was flying right over our heads, we could see them waving from their cockpit, and they dipped their wings to us a few times as an acknowledgement. 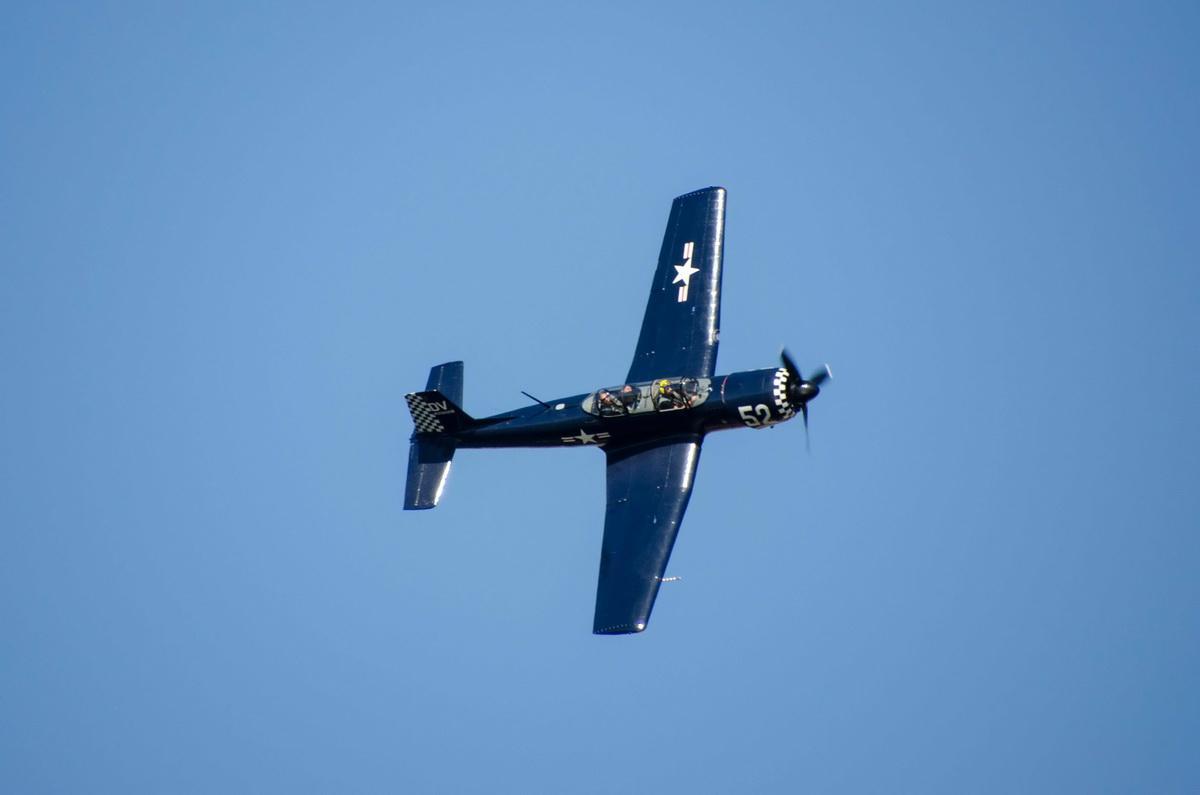 It was an exhilarating way to end our very productive day. [See pics of the 5 planes in our gallery below!]

Why Are We Tracking Traps?

In all, we covered about 20 miles of coastline and documented well over 300 traps. Seeing this gauntlet, it’s not surprising that the lobster and crab fishery are responsible for roughly 60% of all whale entanglements. 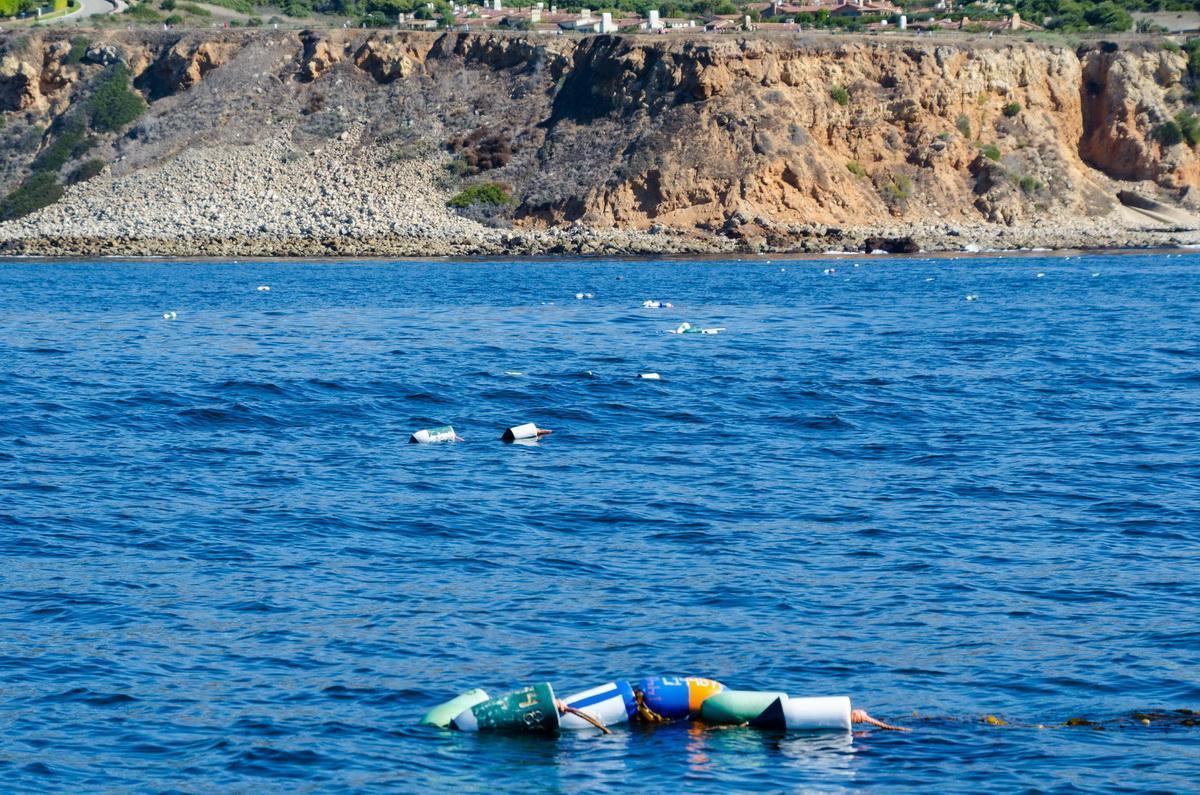 In the battle to put an end to the injury and death of marine life, ODA is building a dataset of information which will show when and where high concentrations of traps are being set every year.

We are providing this information to inform the public because you need to know what your beloved whales are facing as they traverse our coastlines! We’re also sharing this data with the agencies that deal with these fisheries (NOAA and the California Department of Fish & Wildlife) to help them devise workable solutions that will prevent whale entanglements in the near future.

Our team is putting the data we’re collecting on maps that will show the sites that have legally set traps in the whales’ migratory paths. Humpback and gray whales are the species that are most affected by these traps, and both species are endangered. We invite you to be part of this worthwhile effort; you’re financial support is as important as Steve and other volunteers going out on the boats!

Devasting Look at What Whales Must Navigate Through

Below are our Trap Tracker maps. The first two were from the day Steve and I went out (as outlined above).

Be sure to click each image to enlarge. You will see that whales and other marine life are faced with a dense line of traps. It's no wonder the whale entanglement numbers are so high! Please join us in working to stop this. 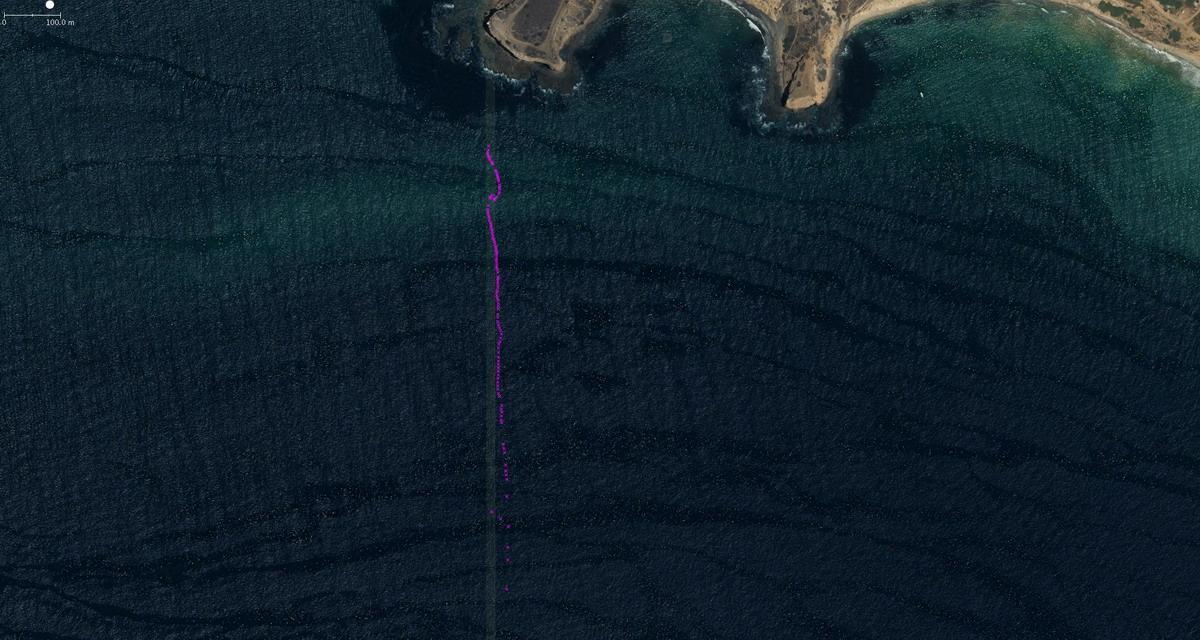 Above is Abalone Cove, along the PV to SMB border. Mapped this with Steve. 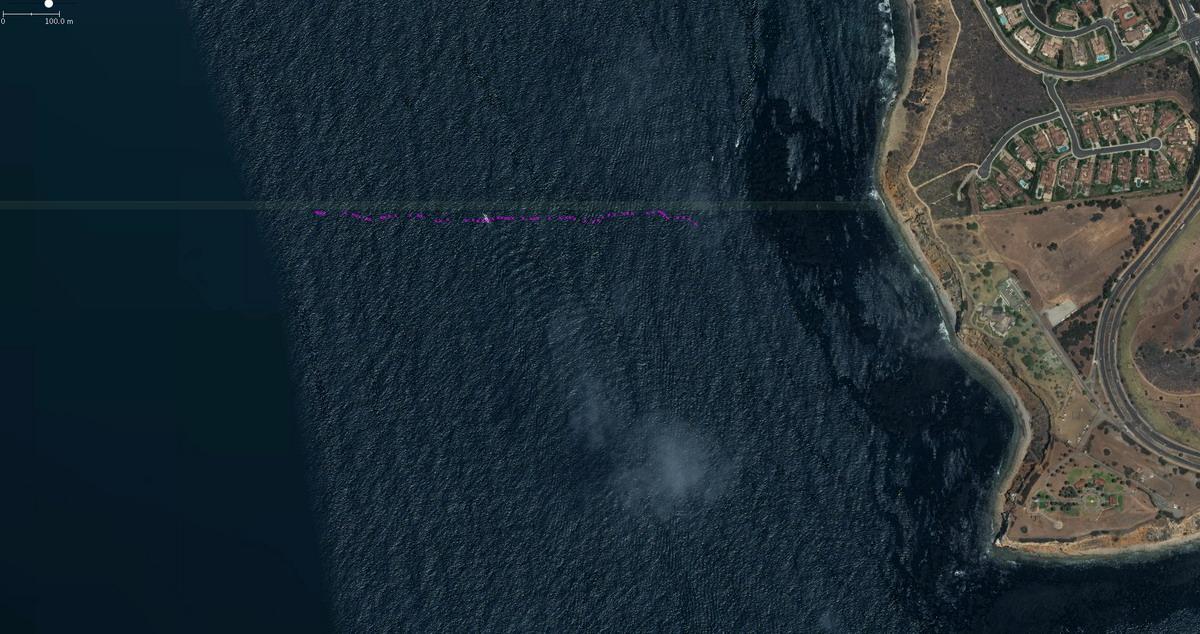 Above is Point Vicente. Mapped this with Steve. 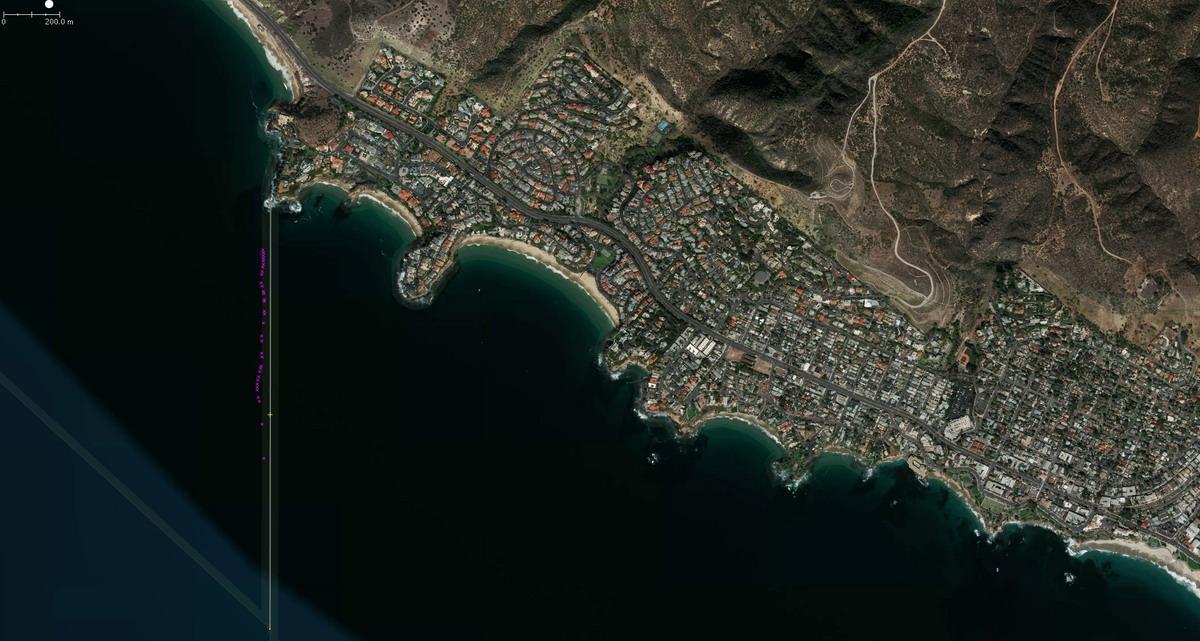 Above is Laguna MPA north; mapped in early January 2017. 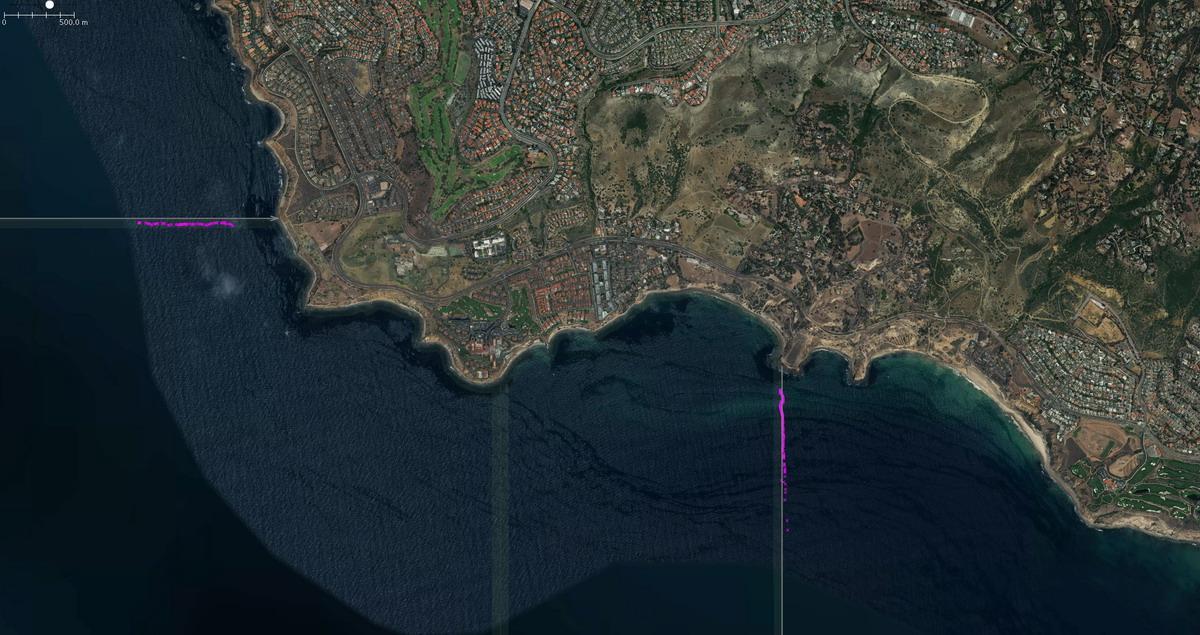 Above map is an overview of the entire Laguna MPA, showing the south border that we documented in November 2017, as well as the one along the north border.

If you want to be part of the Trap Trackers Team, please fill out our Crew Application and/or make a contribution towards these efforts today! Thank you!