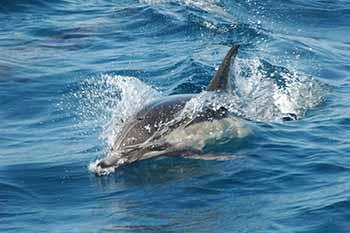 In 2010, I attended the Ocean Blue Film Festival, held every other year in Monterey, CA.  It's a rare film festival that concentrates solely on issues related to our oceans, and I've met some incredible people there over the years.  People like Hank Ballard, Alexandra Cousteau, Jean-Michel Cousteau, Mike DeGruy, David Guggenheim, Howard and Michelle Hall, Bob Talbot, J. Nichols…the list goes on.

In addition to all these people that are known throughout the world, I've had the chance to meet some of the cameramen (and women) who are doing their best to to document and share the beauty of our water world.

One of them is Ray Hollowell.  Ray is a very talented underwater videographer as well as a conservationist and all around great guy to know, living in Hawaii.  He founded a nonprofit organization called PlanSea TV, which specializes in educational and entertainment programs about the ocean life that surrounds Hawaii.

Ray and I developed an instant bond through our mutual love and respect for the oceans and all its inhabitants.  When he visited California in 2011, he joined us on an ODA marine debris removal expedition and was able to see firsthand what we are all about.

He told me that he was so inspired by our efforts and accomplishments to clean the ocean of man-made debris that he began paying special attention to the destruction that ghost gear causes, and now spends considerable time and energy capturing on film what he has seen off the coast of Oahu.

Recently, Ray and his team of volunteers came across what appeared to be a dead dolphin entangled in a trap line.  They saved the dolphin's life, and I hope you can take a couple of minutes out of your busy day to watch this compelling video. Witness for yourself the beautiful sight of a couple of people going out of their way to come to the aid a helpless dolphin.

Way to go Ray and team!  ODA looks forward to working with you in the future.