In Southern California we've still been having issues with the weather (the waves were so big, they were crashing over the top of the breakwall), so we held a training session at dockside aboard our flagship the Mr. Barker’s LegaSea.

Volunteers Lisa Davis, Jean Huber, Jennifer Luu, Daryth Morissey, and Karla Reinhardt all came out on a sunny Sunday to learn how to tie the boat up correctly and how to launch the RIB off the deck of the LegaSea. 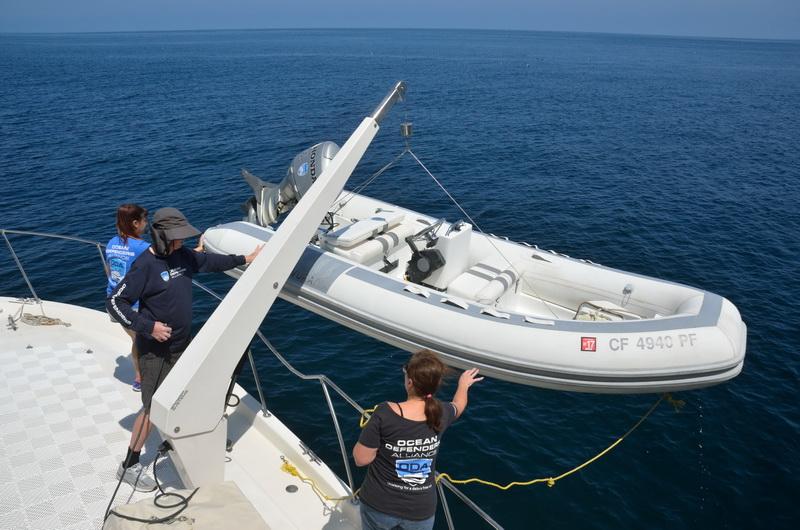 Example of launching the RIB

Everybody had a chance to operate the generator which powers the motor that drives the davit.  The davit is the hoist-like system that lifts the rigid inflatable boat (RIB) off the boat’s deck and lowers it in to the water.

From now on, the boat captain will rest assured that more members of the crew can get the RIB off and back onto the boat without the captain having to leave the bridge. Sorry, there aren't any photos of the training -- we were "all hands on deck"! The photo above was another day; sharing as an example.

After that training, we pulled out of the slip and motored over to the fuel dock to fill the tanks up.  You'll notice in the photos that the waters were calm; that's because we were inside the breakwall (not out at sea). However, we got waylaid by hundreds of pieces of plastic floating in the harbor.  The nasty little pieces of debris were on their way out of the harbor to their next destination: The Pacific Garbage Patch. 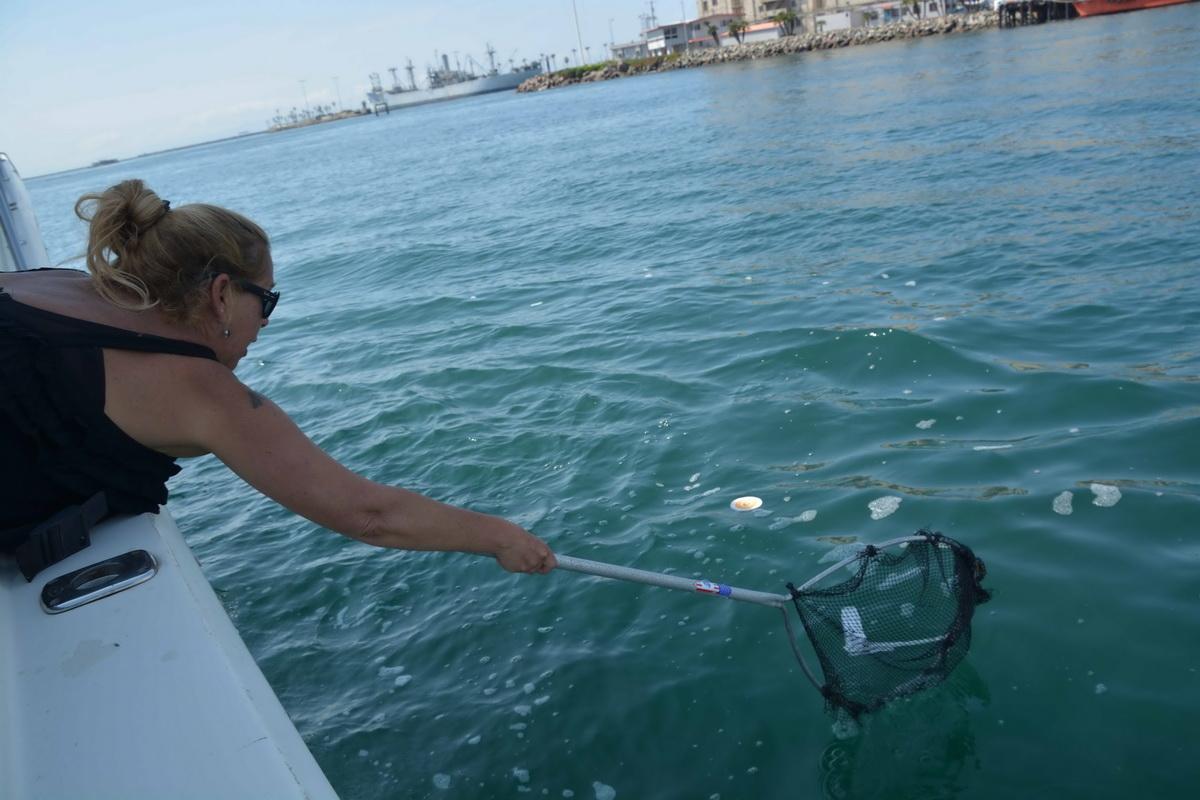 So, being Ocean Defenders, we rapidly switched into cleanup mode.  We spent the next hour slowly motoring around picking up as much as we could.  The water was pretty clear, and we could easily see 15 feet down.  But what we saw was frustrating, more plastics, just out of our reach! 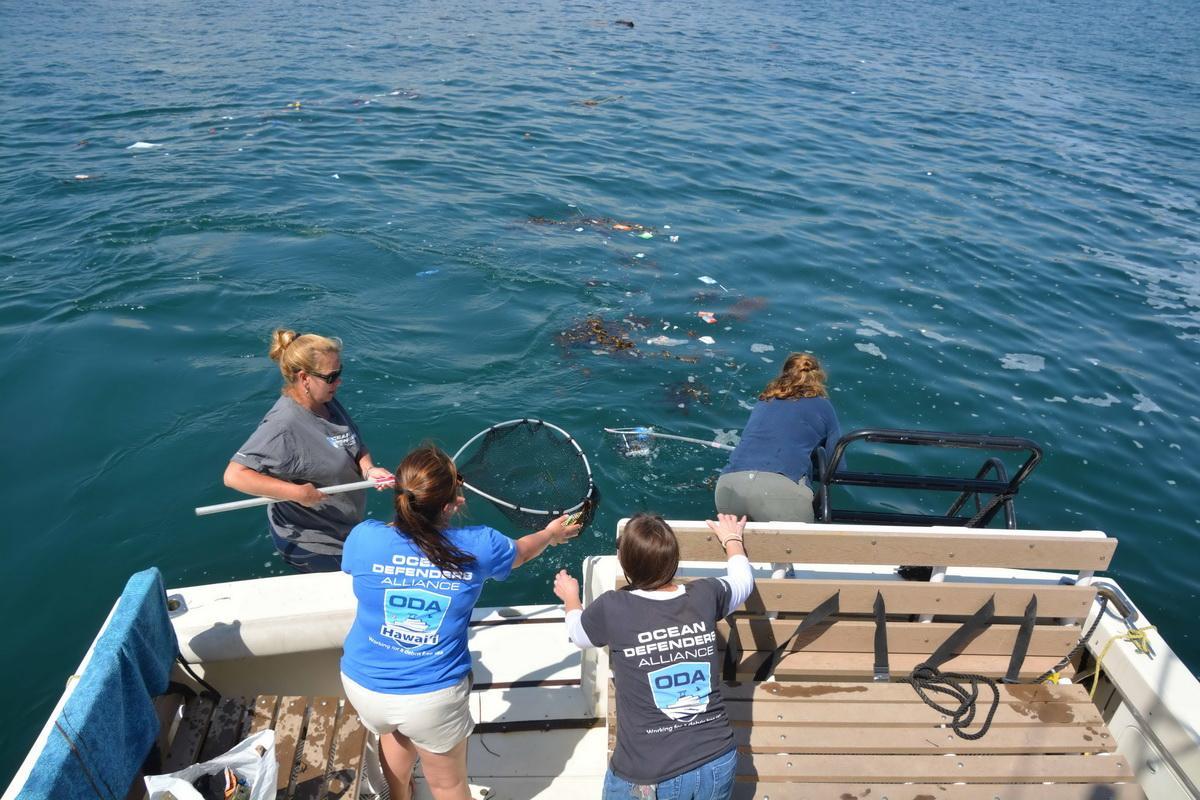 Even though California banned the single use plastic bags a few months ago, we saw dozens and dozens of them.  Some we were able to grab, but most of them were just too deep in the water column for us to reach.

As we were doing our thing, three guys on jet skis saw what we were doing and asked if they could hand us something to take away.  Sure!  One of the guys sped away and came back with a 15-foot aluminum pole. It’s sure nice to have passers-by join in the cleanup efforts! 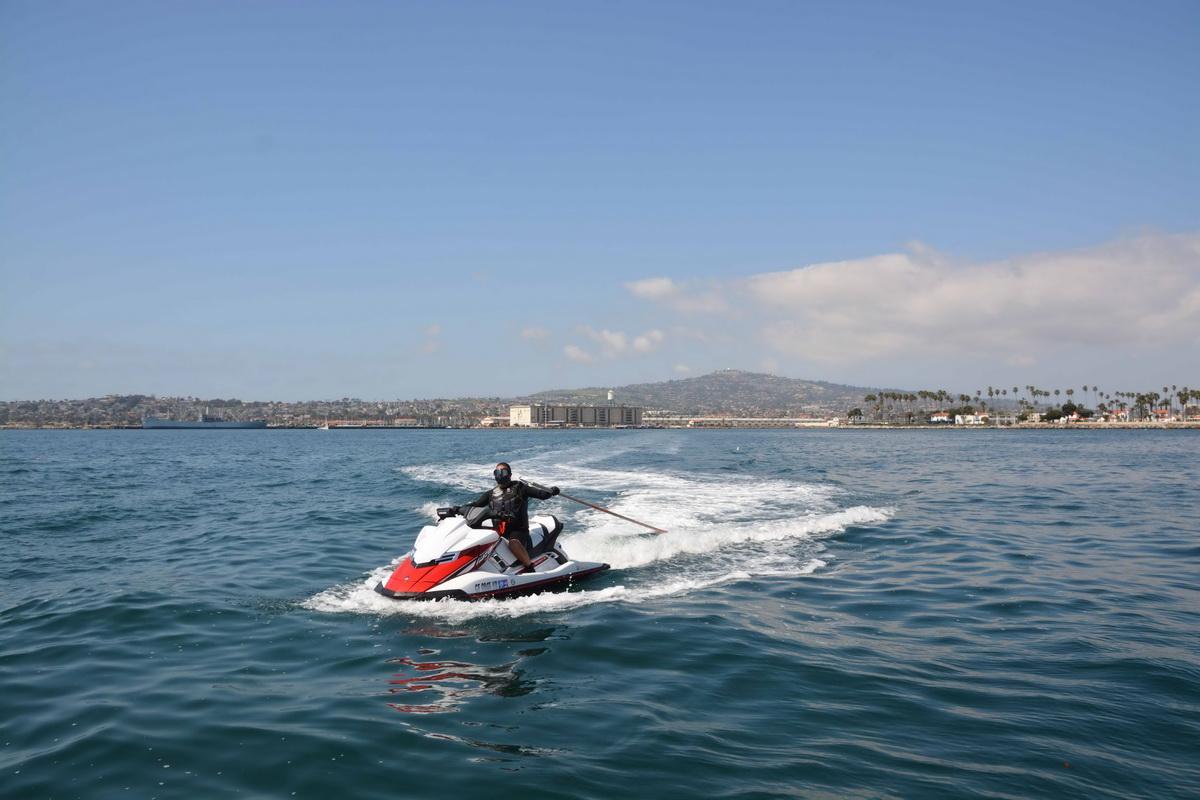 Well, even though the river of plastics kept flowing by us, we made a significant dent in what we saw.  There is now 70 pounds less debris heading out to sea.

Thank you, ladies for giving up your Sunday to help ODA with its mission: A DEBRIS FREE SEA. We look forward to the next debris removal outing where you operate the generator and the davit! 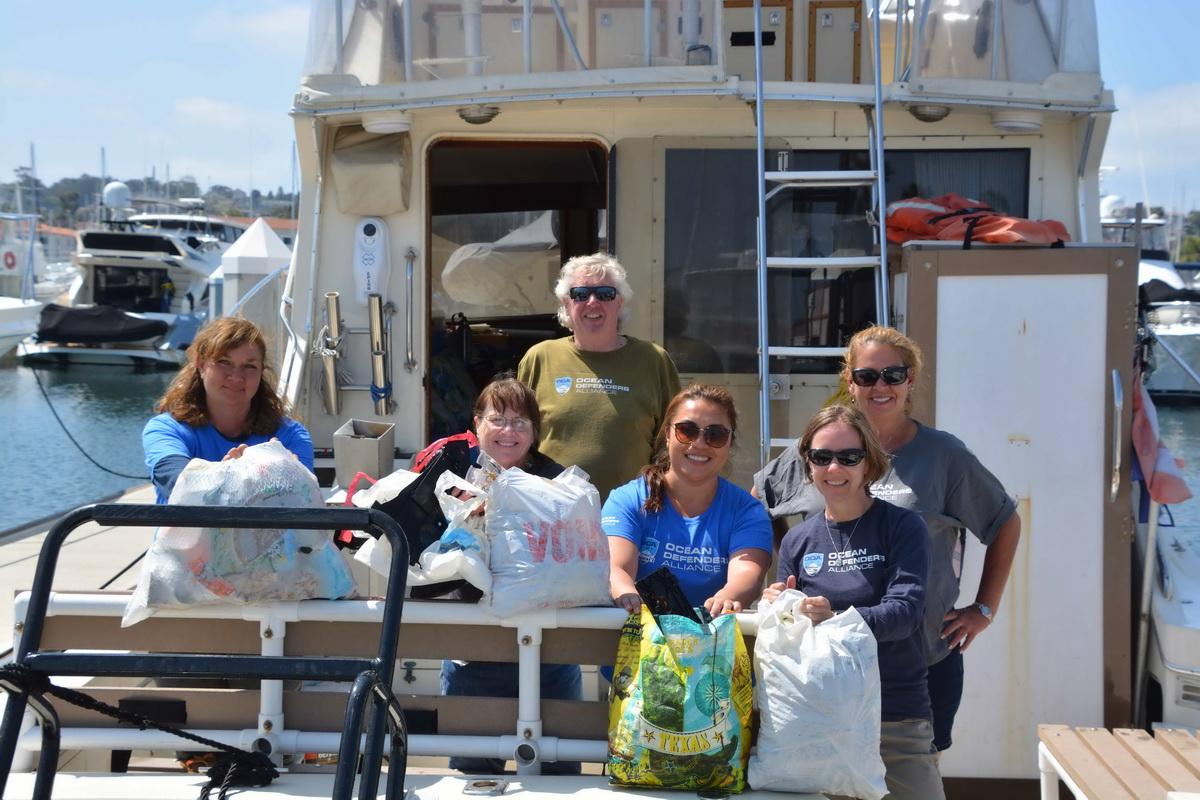 Dear friend: If you would like to be part of the crew, we’d love to have you! Please join in the way that’s best for you:  You can help from wherever you are right now with a donation for fuel or if you’re in Southern California or Hawai’i you could come out and get active with us. Whatever you decide, we THANK YOU!