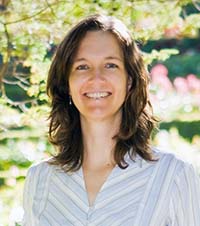 I grew up in the Tidewater region of Virginia, where the rivers flow into the Chesapeake Bay and join the Atlantic Ocean. As a teen, I volunteered to race sailboats wherever there was a regatta and a boat that was short-handed. To stay on the water for life, I decided to be a marine biologist. Thus after college at Dartmouth, I returned to Virginia to earn my master’s degree in marine science at the Virginia Institute of Marine Science, College of William & Mary.

I became hooked on the nexus of marine science and policy after working in Washington D.C. as a Knauss Sea Grant fellow and then legislative staff for the House Committee on Natural Resources. There I was responsible for analyzing legislation and advising congressmen on amendments to the Endangered Species Act, Marine Mammal Protection Act, and Magnuson-Stevens Fishery Conservation and Management Act, among other laws.

Now more than a dozen years and a law degree later, I’m still enmeshed in and enthralled by the legal and scientific issues around fisheries, marine mammals, and endangered species. I am currently a staff attorney in the oceans program at the Center for Biological Diversity, an advocacy organization with the mission to secure a future for all species, great and small, hovering on the brink of extinction.

Ocean Defenders Alliance’s work to clean and protect marine ecosystems attracted me because it gets to the fundamentals of protecting marine animals and the wild places they inhabit. ODA accomplishes on the ground (underwater) what my work seeks to achieve on paper, in policies. I am thankful that ODA members bear witness to the impact of trash on marine life and seek to correct the problem. ODA’s community building – raising local awareness and offering a solution – gives hope for a better future for our oceans.