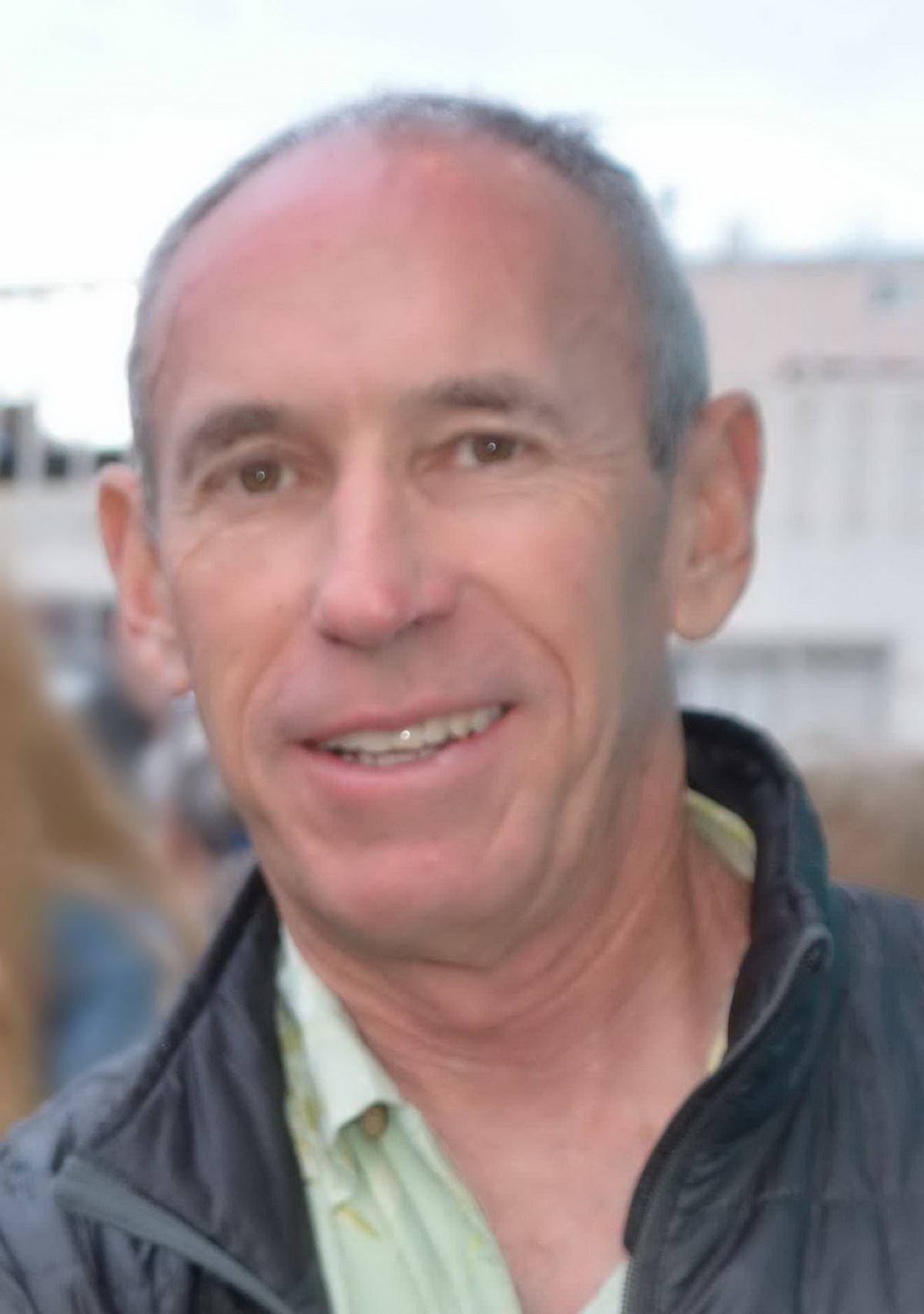 I was born and raised in the Los Angeles area and have lived here all my life. As a young kid, my family had a power boat in San Pedro, which in hindsight made a huge impact on my life, because I`ve always been a water person. Growing up in the '60s and '70s, the environment was starting to become a topic of discussion, and my family was always very environmentally aware of what was going on in the area, ranging from all the DDT dumping in the Catalina channel to the nuclear meltdown in the Conejo Valley. And of course, every week growing up we watched Sea Hunt (filmed locally), Jacques Cousteau, and Flipper on TV.

Being a LA local, going to UCLA was a natural choice. I started my undergraduate studies as a math major, but abstract algebra did me in, so I switched to a double major of math and computer science. After graduating and not knowing what to do, I stayed in school and got a Master’s degree from UCLA in computer science, and then was ready to get out of school and start working for a living. From the beginning of my time at UCLA, I became active in the sailing club, again because of my love of the ocean, starting out as a beginning sailor my first quarter and quickly became a sailing instructor. Along the way, I bought my first sailboat, a Hobie 14, which I sailed all the time (sometimes to the detriment of schoolwork) and raced competitively at the local, national, and eventually international level in various regattas.

After graduating from college, I continued sailing and racing competitively, and started my career as a business systems analyst. After a couple of years in a corporate job, I switched to more technical work with more career advancement, and over time advanced to more responsibilities, including program and line management. Work provided more funds to travel, race competitively internationally, and following world championship regattas, we would often do a bareboat charter and sail in various tropical locations for a few weeks. I started visiting Hawaii, initially for windsurfing, but quickly fell in love with the relatively unspoiled island paradise and started exploring other water and shore activities. In 1994, before one bareboat charter trip to Tahiti, my wife decided we were missing half the water world by not scuba diving, so I reluctantly agreed to get scuba certified with her. Little did she suspect at the time I would become the hard-core scuba diver I am today. Over time, I evolved from a warm water vacation diver to a serious year-round Southern California diver, and on every dive, I appreciate just what a unique and special underwater environment we are so fortunate to live near. I’m now certified at the professional scuba level by PADI.

Between education, work, sailing and scuba diving, I picked up many valuable water-related skills, ranging from driving and fixing boats, having to innovate solutions to solve problems, and working in teams toward a common goal. These skills and experience enabled me to quickly fit into the ODA team and start contributing from the beginning.

I continued to remain active in ocean-related conservation activities, including Southern California underwater cleanup activities such as the annual Coastal Cleanup Day and Avalon Harbor Underwater Cleanup. Looking to do more to cleanup the undersea world than a couple of days a year, I started researching local organizations and talked to one in particular, but after a number of conversations I realized they were more talk than action. As luck would have it at this time, in 2017 I was on a dive trip in Lake Mead to dive the B29 bomber wreck, and one of the dive guides on the boat was ODA’s very own Kim Cardenas. After talking a bit, I realized ODA was a great opportunity to actually do something with a real impact for underwater marine debris cleanup. I reached out to Kurt, but it took a while to start going out with the ODA team because their vessel Mr. Barker’s Lega Sea was having the engines replaced with cleaner running ones. My first time out with the ODA crew in mid-2018 I realized this organization was really making a difference, and everyone was dedicated to cleaning up our local undersea world, as well as working together and having a great time in the process. In addition to working with ODA, I’m also usually the Coastal Cleanup Day site captain for the Leo Carrillo State Park underwater cleanup.

After being involved with ODA for a while, and my wife Sue not so quietly noticing me spending increasing amounts of time on the weekend out with ODA, so she started coming out on the weekend underwater cleanup outings. Like me, she has spent a lot of time on boats and is very experienced on the water, although her scuba diving preference tends more toward warm tropical and less strenuous diving. She is now one of the main RIB (rigid inflatable boat) drivers supporting retrieving the debris we divers send to the surface. Our boating experience helped us identify a number of ways to improve ODA’s on-the-water operations. We enjoy contributing ideas and better ways to rig gear and make things run smoother.

Now that I’ve spent several years with ODA, I’m more convinced than ever that this is the top volunteer organization anywhere for underwater debris cleanup. Unlike so many others, there’s no fluff, no large numbers of paid staff, and pretty much everything goes to our marine cleanup operations. All the volunteers are hardworking and dedicated to the cause, which makes it all worthwhile and personally satisfying, as well as making a difference for the environment. 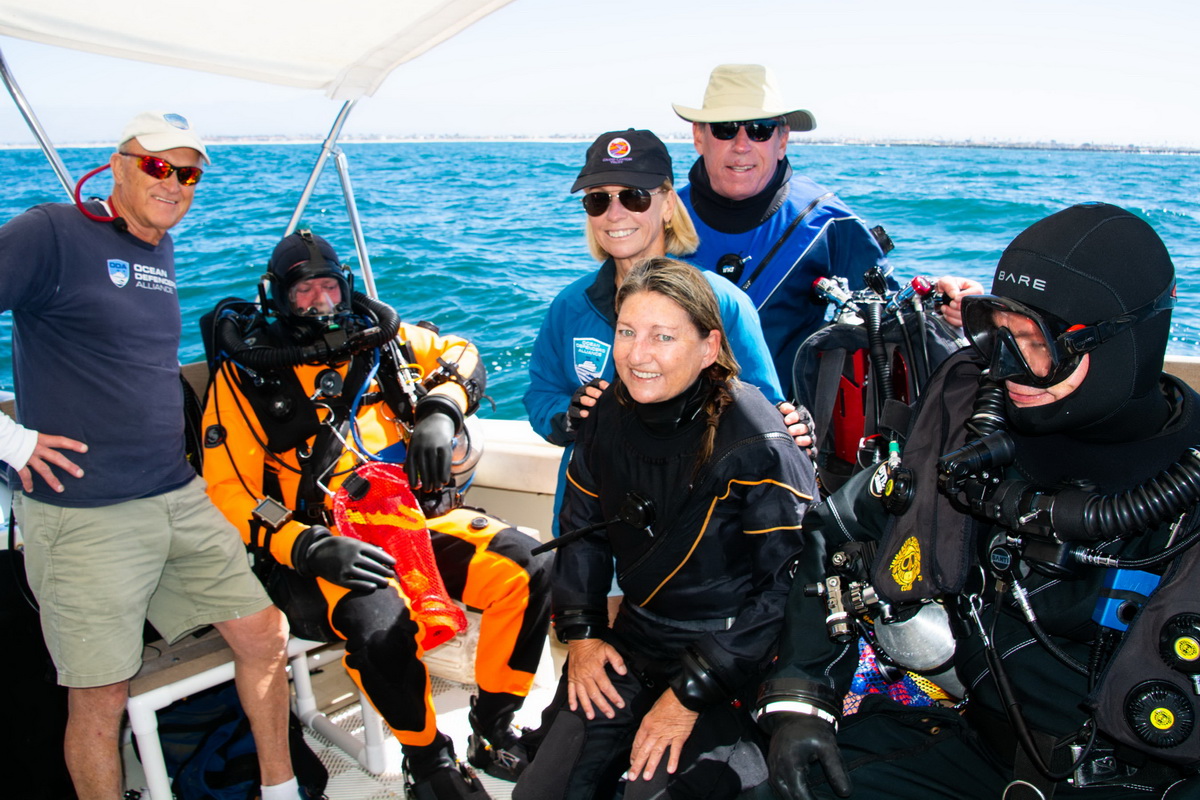 Geoff and Sue, back row middle 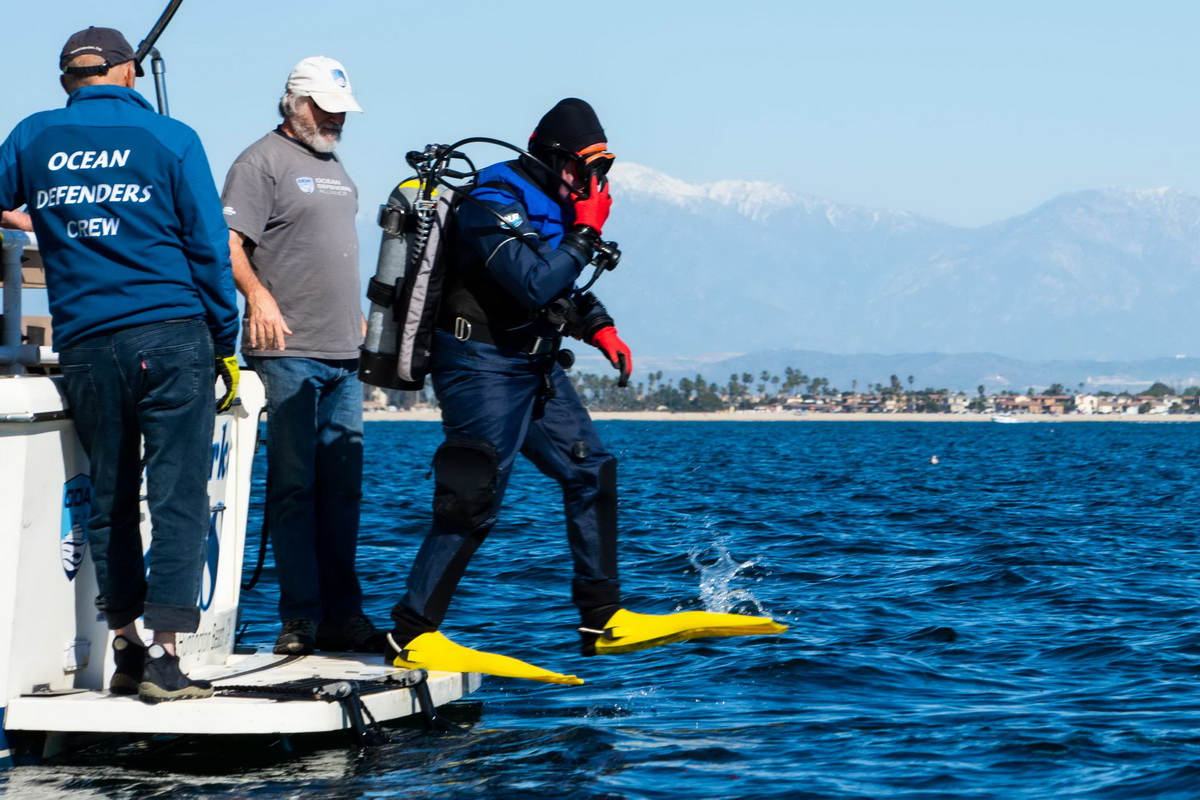 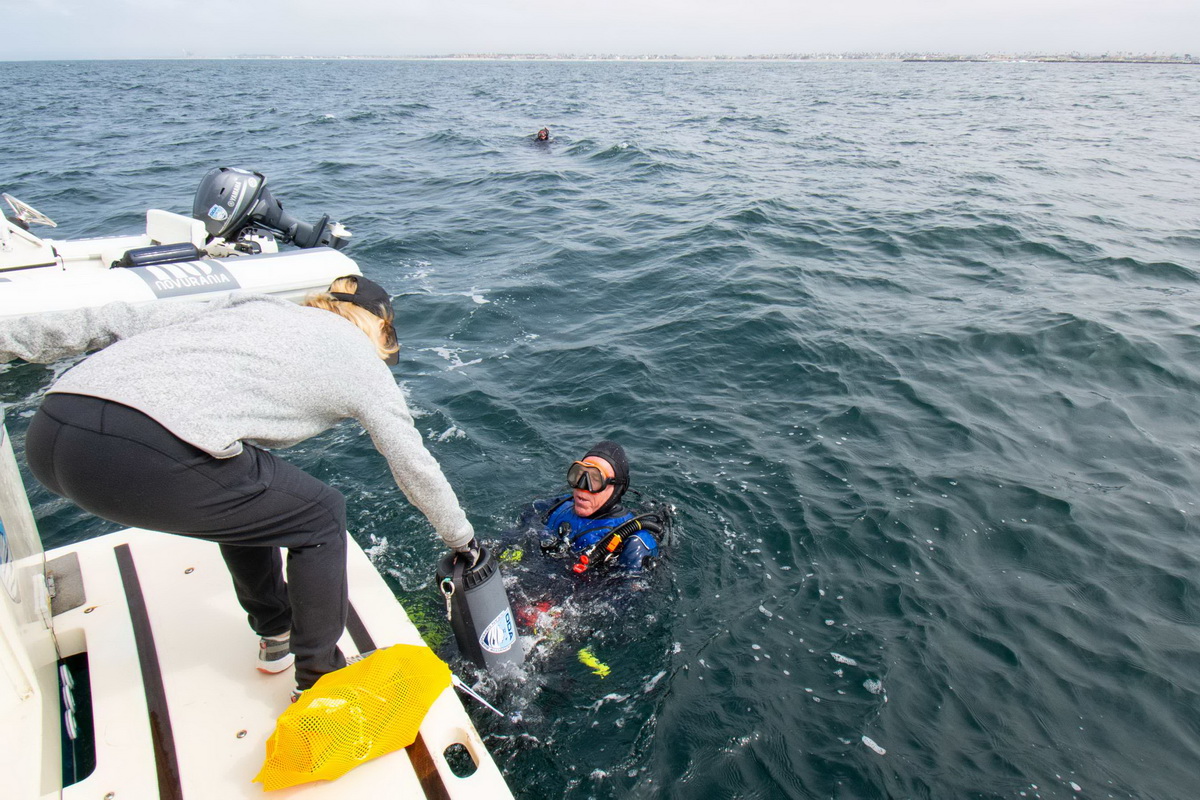 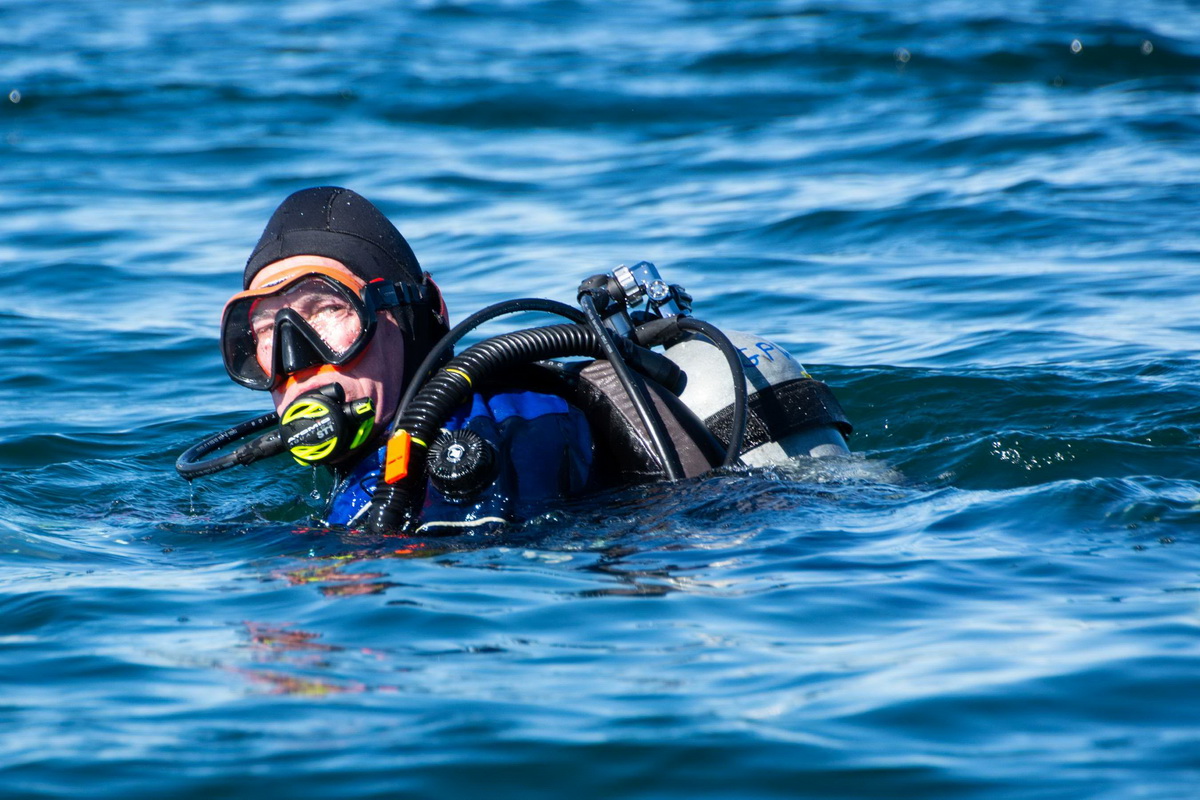 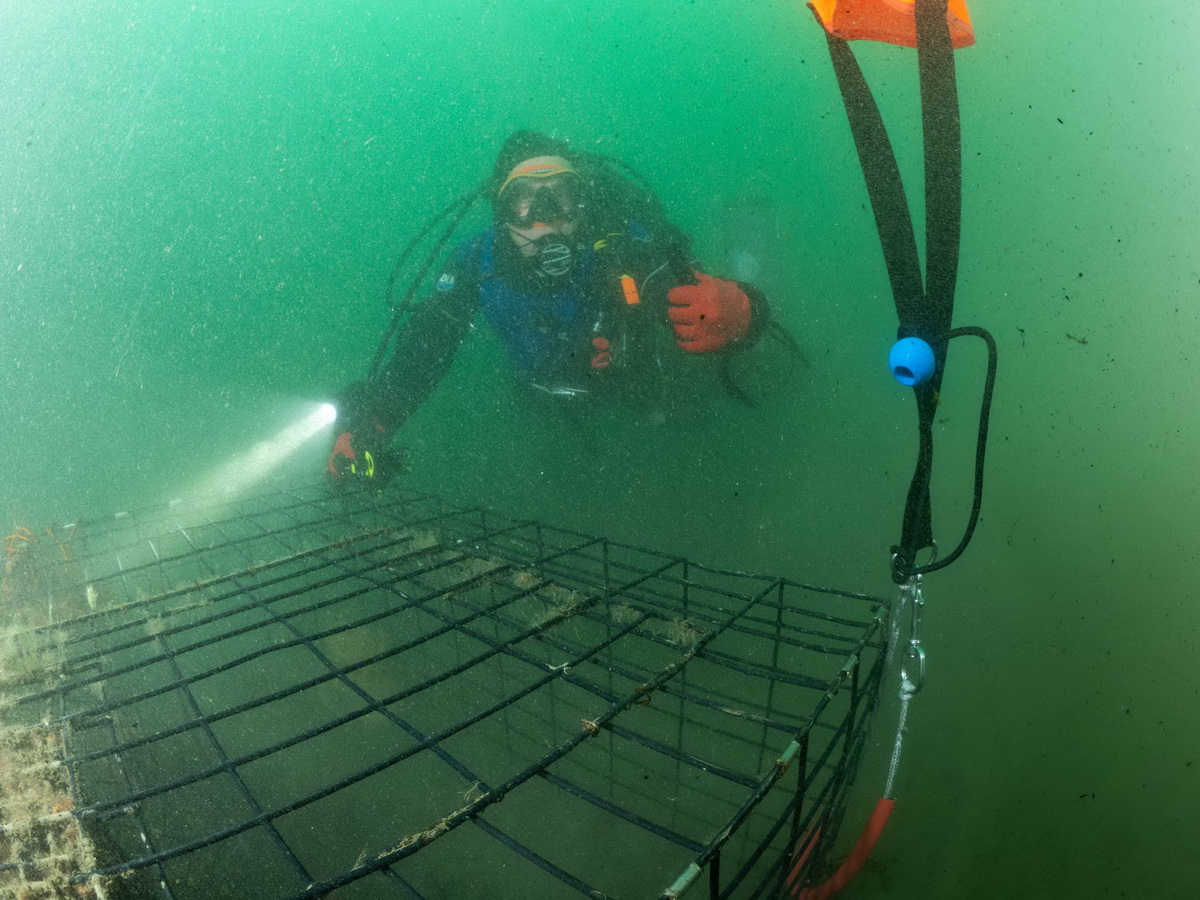 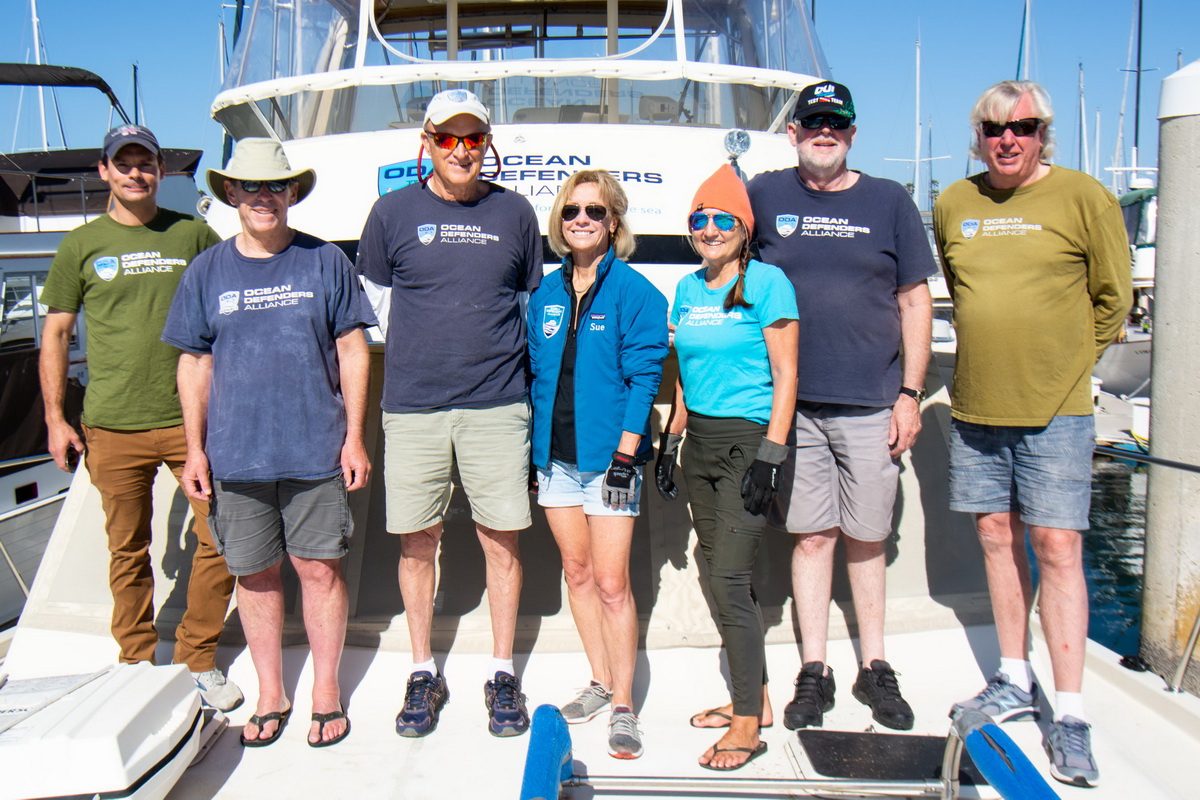