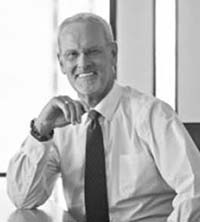 Born in Fort Dodge, Iowa, to a Marine Corps family, I first became acquainted with the Pacific Ocean following a move to Camp Pendleton near San Diego, California, at age four. My parents grew up near the beach in Santa Monica and taught their children to love and respect the sea from an early age.   Following a transfer to Treasure Island on the San Francisco Bay in 1958, I was educated in San Francisco from grammar school through the University of San Francisco (B.A. degree in Government). This was followed by an M.A. degree in Political Science at U.C. Santa Barbara, and later, a law degree from the U.C. Davis School of Law.

My interest in ocean environmental issues began as a young surfer on the California coast. This interest was honed in law school as I undertook research and writing on the issue of dolphin protection under federal and international law while a member of the U.C. Davis Law Review. My International Law Comment, “Dolphin-safe Tuna: What’s In a Label?” was published by the Natural Resources Journal, a national publication based at the University of New Mexico School of Law. Publication was followed by an invitation to present the regional treaty proposal for dolphin protection contained in my Comment to the North American Forum of Stanford University and the diplomatic community in 1994.

Prior to law school I had been a Senate Fellow, a Natural Resources Committee Consultant in the California State Assembly, and a Special Agent of the F.B.I. (Counter-Terrorism and Foreign Counterintelligence, New York). Following law school, I was appointed as a Deputy Attorney General in the California Department of Justice (DOJ), where I served on the Executive Staff for five years and in Health Quality Enforcement as a prosecutor for ten years prior to retiring in 2008. Since leaving DOJ I have been in private law practice. I am currently a partner in the San Francisco-based firm of Slote, Links & Boreman, LLP, in licensing law and litigation practice.

My law practice focuses on physician and other health professional licensing and disciplinary matters. I have served as a medical malpractice defense attorney for the University of California, approved by the U.C. Office of the President (UCOP), Legal Affairs. I am also a faculty member for Professional Boundaries, Inc. (PBI), a professional health education program accredited by the University of California, Irvine, School of Medicine and the State of California. With partner Adam Slote, I am a member of the California Academy of Attorneys for Health Care Professionals (CAAHP). An invitation-only professional association, Academy membership includes California's top attorneys with significant experience representing licensed health care professionals in administrative law, licensing and disciplinary matters.

Conversant in Spanish, Italian and Japanese

An avid outdoorsman, I am a PADI certified open-water scuba diver and supporter of the Ocean Defenders' Alliance (ODA). I am also a long-board surfer with a preference for warm water, having grown up frequenting the frigid waves of San Francisco and Santa Cruz. My wife, Harumi, and I are members of Zen Heart Sangha, a Soto Zen Buddhist practice group in Woodside, California. We are frequent visitors to Japan where we have engaged in Zen study. We are currently making plans to relocate to Oahu, HI, where we have extended family and a long-term interest in protecting the marine environment.