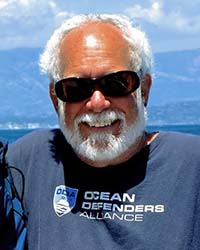 I grew up in Northern Ohio in a land once known as The Western Reserve. By the time I was born, most of the “Reserve” was parceled, paved, and polluted. I have early memories of going to the park at Euclid Creek, and being told not to touch the water; my childhood curiosity led me up-stream to find an influx of orange liquid that created an iridescent sheen as it flowed onto the surface of its adjacent pool. We were twelve miles from the city and there was no visible industry nearby, yet somehow this poison was here killing the aquatic life and preventing us from enjoying what should have been refreshing waters. Several miles away, Lake Erie was slowly dying. I remember when I was young, the water was clear, then it got cloudy, it then turned gray and the fish died. My young mind was saddened, appalled, and provoked; and that was all before the Cuyahoga River in Cleveland caught on fire. How could this happen? Who was responsible? How could this be stopped?

After discussing my concerns with my parents, my father bought me a copy of Silent Spring by Rachel Carson; 45 years later this book sits in my classroom as a reminder of why I do what I do, and of the ecological legacy that I share. After high school, I moved to California to continue my education in the town of Santa Barbara, a beautiful and progressive community nestled between the mountains and the sea. Ironically, my adopted hometown experienced an un-natural disaster of its own just six months prior to the Cuyahoga river fire of 1969. A blowout of Union Oil’s Platform A in the Santa Barbara Channel spilled 100,000 barrels of crude oil into channel over a 10-day period, marring 35 miles of coastline, killing thousands of sea birds, as well as marine animals such as dolphins, elephant seals, and sea lions. Citizens of Santa Barbara were outraged; they formed the organization GOO (Get Oil Out) and promoted the passage of major environmental legislation that established the legal safeguard against future attacks on nature. It was clear to me early on that a shift in consciousness was essential if we were to help keep the natural balance intact.

Standing in front of a classroom is like conducting an orchestra of minds; it’s difficult to imagine myself being so fulfilled anywhere else. Confucius said: If you think in terms of a year, plant a seed; if in terms of ten years, plant trees; if in terms of 100 years, teach the people. My studies, travels, and occupations have involved many gardens, forests/jungles, and classrooms. It is imperative that we as educators practice what we preach and model values of sustainable living. It’s a tremendous joy to watch the spirits of young people ignite and become inspired by the possibilities of reducing our impact on Earth’s natural resources. Ocean Defenders Alliance (ODA) has provided me a platform to do this, allowing me to bring the work that we do into the classroom as an integral part of our environmental studies curriculum. My students have joined us in the field, participating in beach and harbor clean ups; and involving the entire middle school in another level of awareness and direct action.

Some of the most rewarding aspects of my life have come from being a volunteer. While living and teaching in a remote region of northern California, I studied to become and Emergency Medical Technician (EMT) and served as an EMT with the local volunteer fire department. During the tragic Painted Cave Fire in June, 1990, I served with the American Red Cross directing effort to provide shelter and mass feeding. I have also had the pleasure of working with YMCA youth and development programs, as and aid in a Belgian orphanage, and I’ve helped plan and organize fundraising events for international humanitarian assistance. Currently, in addition to my job as a boat deckhand and youth coordinator for ODA, I serve as a storyteller and educational consultant with the Teddy Bear Cancer Foundation of Santa Barbara, which aids families of pediatric cancer victims.

I am grateful for the opportunity to work with ODA because it brings together—and represents—many of the values, ideals, and ethics that inform and compel my life. It gives me personal reward to work with such a great team of like-minded individuals. It is also fertile with possibilities to live by example, and provides an instructional platform for conscious living. I hope to assist ODA in broadening its community outreach, and establishing a foundation to educate young people in marine sciences and environmental activism. 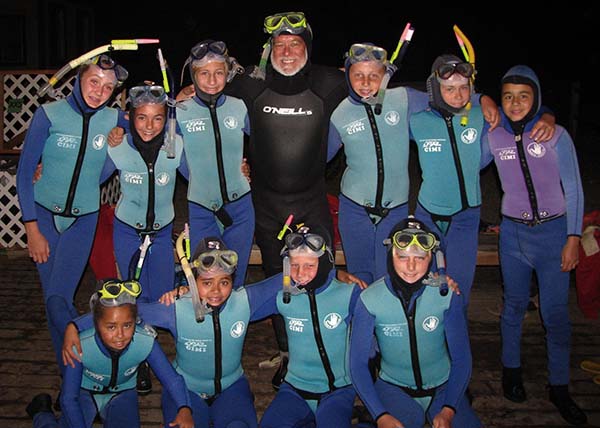