Southern California finally got a reprieve from all the bad weather we’ve been having for the last four months, and so on Sunday, April 16th we took our flagship Mr. Barker’s LegaSea out to Huntington Harbor to see what we could find.

On the way to the site, as we were motoring about a mile offshore, we saw a nice pod of about 50 dolphins heading our way. They came right to the boat and immediately started bow riding! Jim got up on the bow and took a few pictures. 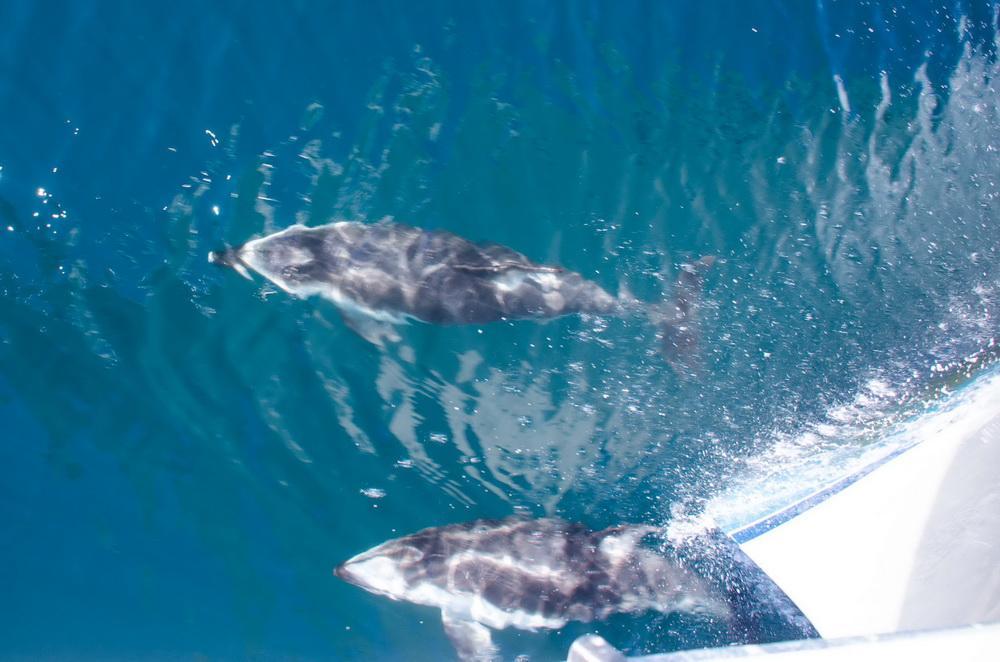 It was only when I got home to process the pictures that I saw that these were dolphins we don’t see very often. They were Pacific white-sided dolphins.  They are shorter (seven feet long) and more robust than the common dolphins we normally encounter. It was exciting to see a nice diversity of wildlife just off our shores.

Easter Gift for the Oceans

Because Sunday was a holiday, I wasn’t able to recruit many people. But, our longtime, reliable ODA Divers Jeff Connor and Al Laubenstein wanted to dive! ODA Boat crew Lisa Davis and Jim Lieber, and I handled the boat so we could let the divers go to work. 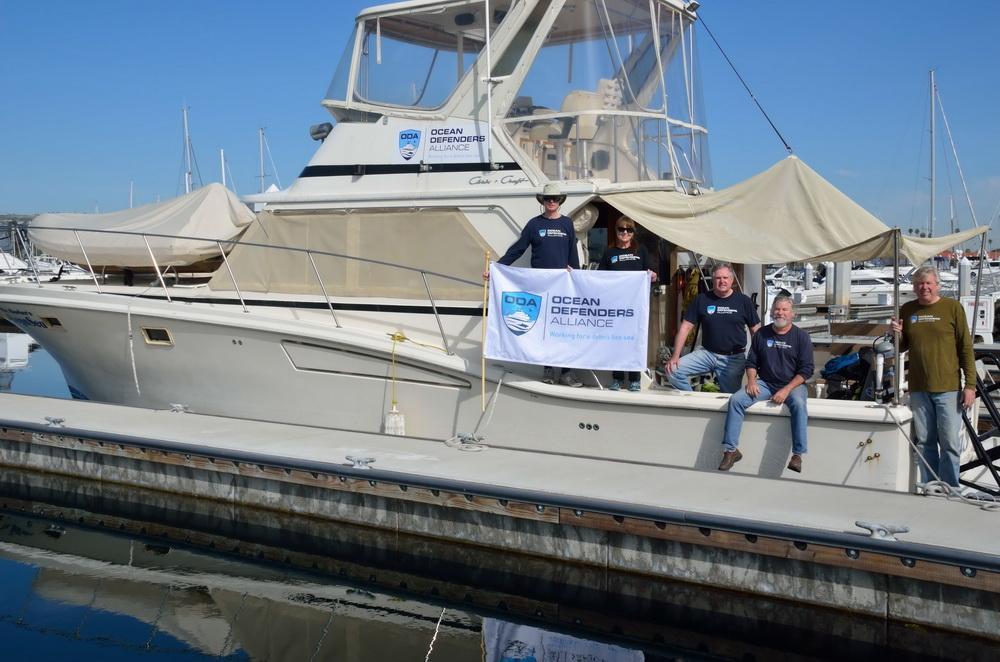 We dropped anchor in 35 feet of water, just outside the entrance to Huntington Harbor. Through the years, we have removed scores of lobster traps from this area. Jeff and Al headed to a spot where we’ve had success before, and sure enough, within 10 minutes they floated an abandoned lobster trap up to the surface. It was a heavy one, so they had to attach two lift bags to it.

Within another couple of minutes another set of lift bags broke the surface. Two traps with 15 minutes! This might be a record. Al and Jeff surfaced, grabbed the traps and towed them to the boat.

This turned out to be a good move. The current was strong, and underwater visibility was bad at less than five feet. They didn’t think it was worth it to go back down because they couldn’t really see anything. Turns out the only reason they found those traps was because they ran into them!

We Remove Ocean Debris for the Whales

Just two days prior, I got word from Justin Visbecke (leader of NOAA’s Whale Entanglement Team) that another whale had been found with a section of gill net wrapped around its tail. The NOAA Team has removed some of the net, but he wanted other boaters to keep an eye out for the whale so they can try to remove what remains. This is the 73rd reported whale entanglement off the west coast of the U.S. in the last 12 months.

This makes us more determined than ever to get as much man-made debris out of the oceans before we hear of any more entanglement issues here in Southern California.

As we headed back to our slip in San Pedro, we spotted a large plastic garbage bag bobbing on the surface of the water. Jim grabbed our scoop net as I maneuvered the boat to get us close enough for him to haul it in. As soon as he started pulling it up onto the deck, the bag broke…and the contents dropped back into the water. YIKES! What a disgusting mess it was. 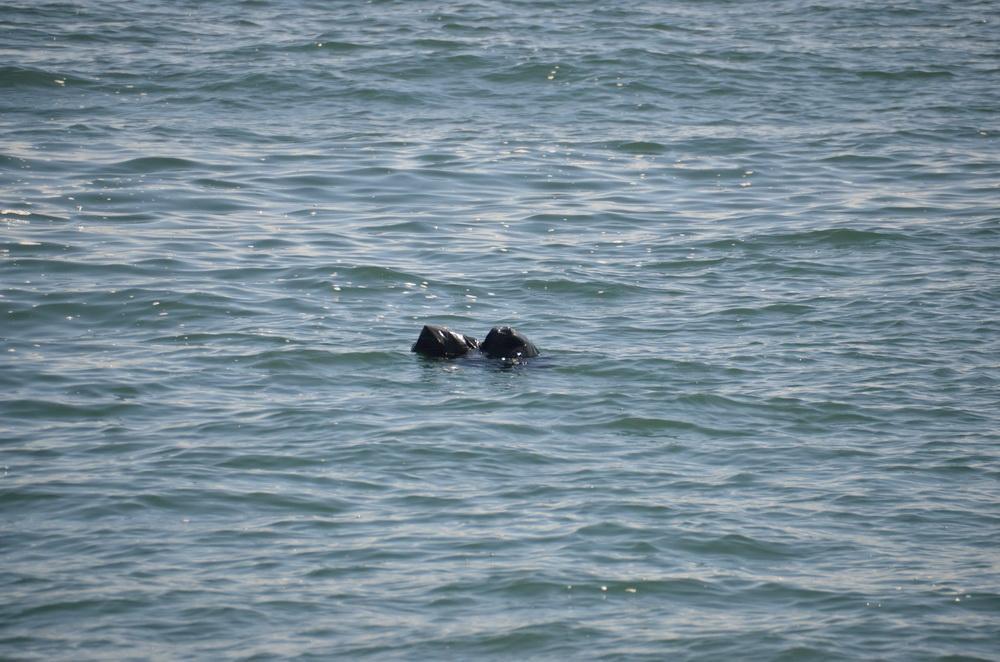 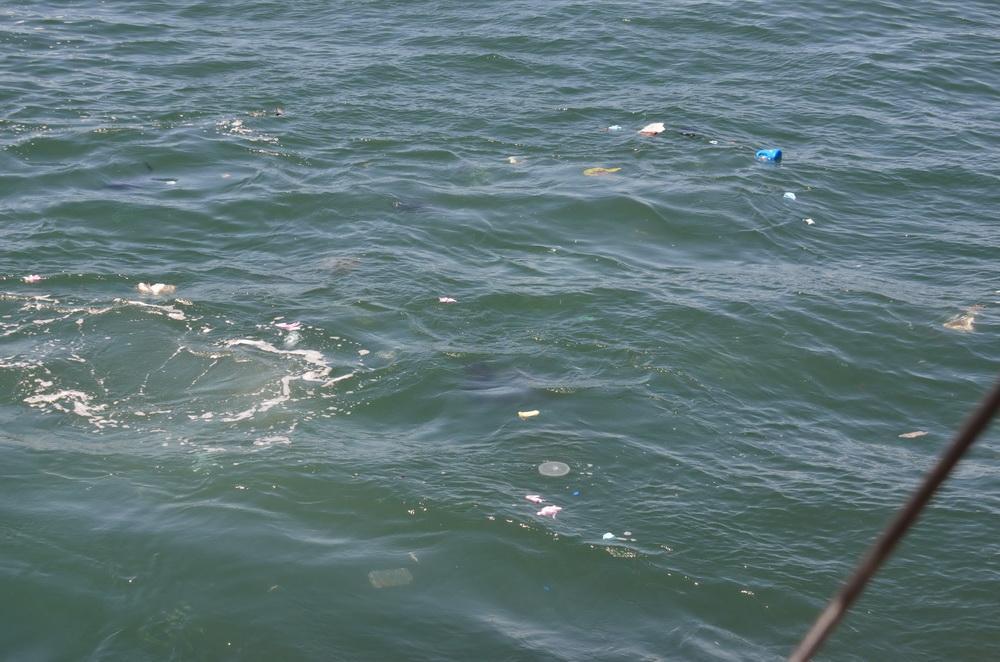 This was a waste bag from some kind of medical facility. There were dozens of pairs of rubber gloves (pink and blue), surgical masks, syringe bodies, and other plastic medical products. For about the next 30 minutes, we did everything we could to scoop up and recover all that garbage. We got most of it, but some sank before we could reach it. Sigh.

There is a lesson to be learned from this sad situation: We humans need to properly dispose of the massive quantities of plastic waste we create. I am highly sceptical that this bag escaped from a hospital or clinic by floating down a drainpipe into the ocean. This was deliberately thrown into the ocean. Whoever did that, may the curse of Poseidon soon be upon you!

An Easter Gift for the ODA Crew

As we resumed our way home, within three minutes we saw a whale spout about 200 yards from us. Cool!  He/she did surface a few more times, and Jeff was able to get one picture of the tail as it started to dive. 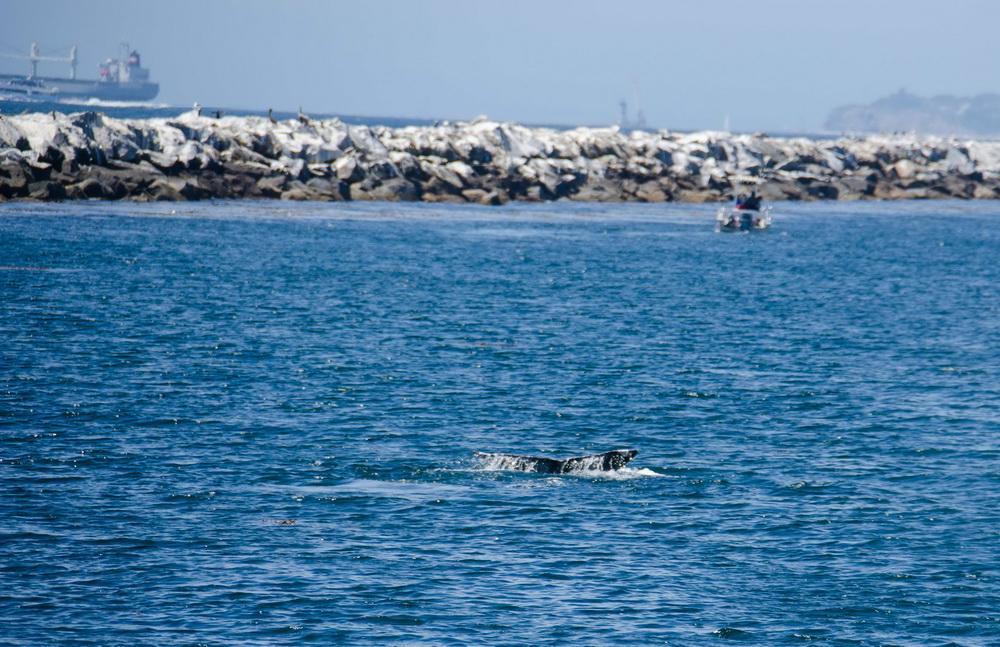 But I didn’t want to harass the animal, so we picked up speed and 30 minutes later we pulled into our boat slip. 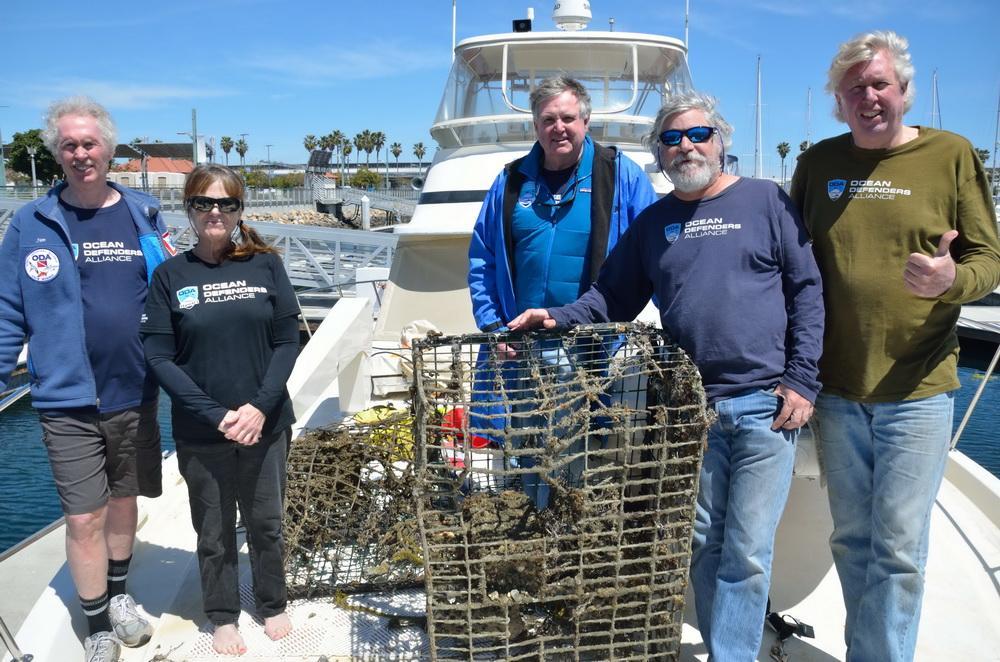 We had a fun time out there, saw some unusual wildlife and removed a lot of marine debris. Those are two traps that will no longer pose a danger to any other critter, large or small…lobster or whale!

You can be part of making the ocean safer for marine life: by volunteering or helping to pay for fuel/supplies. Either way, your help is greatly needed and appreciated!