Channeling Debris from the Channel 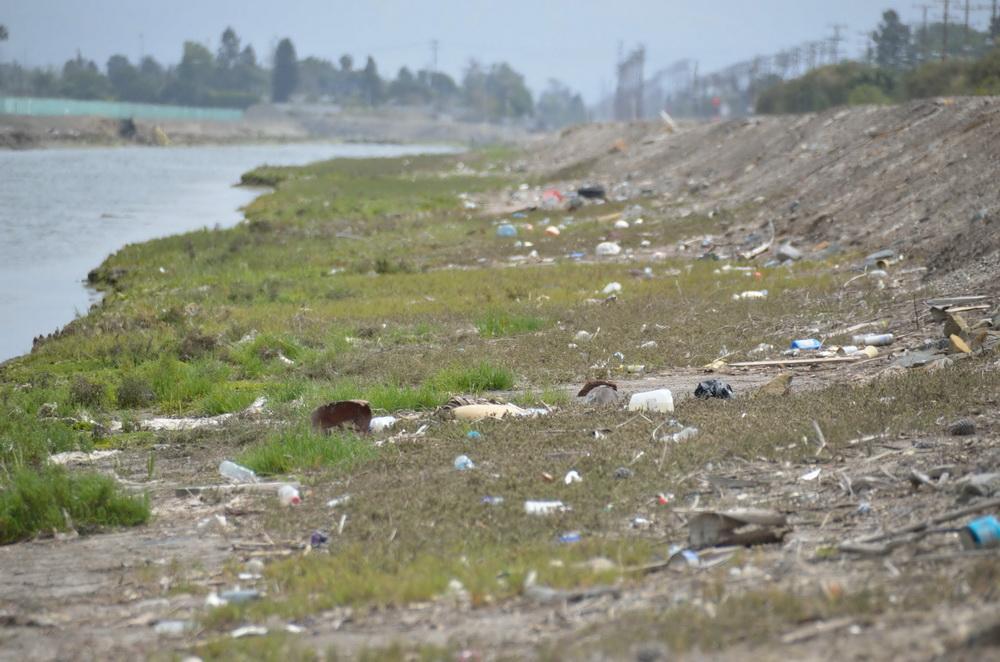 Even with the winter rains having come and gone, we continue to have offshore storms that are creating big waves. For the third weekend in a row, we were scheduled, to go out to sea and search for abandoned lobster traps, but we had to cancel due to 6-8 foot waves.

So, we shifted gears and went looking for plastic debris. We found hundreds of pounds of it in a place called the Bolsa Chica Channel. This is a man-made water diversion channel that runs along the border to the Seal Beach National Wildlife Refuge. We've been there several times in the last few months, but this time we were further "up the creek."

Hardcore Ocean Defenders Lisa Davis, Jim Lieber, Linda Nicholes and I met up at 10am Sunday and found ourselves aghast at how much plastic debris was at this site. 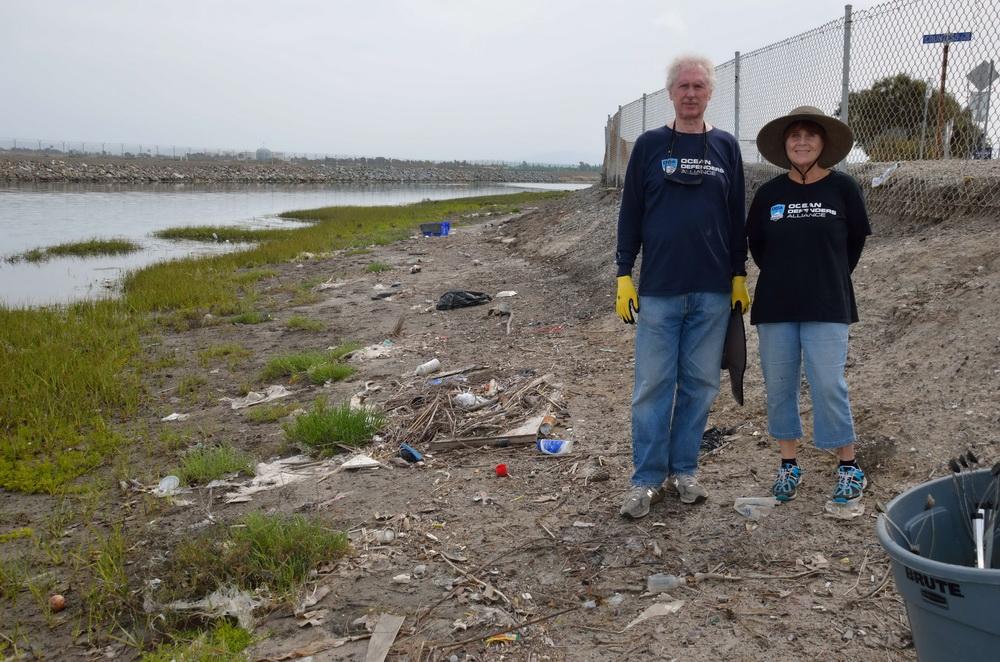 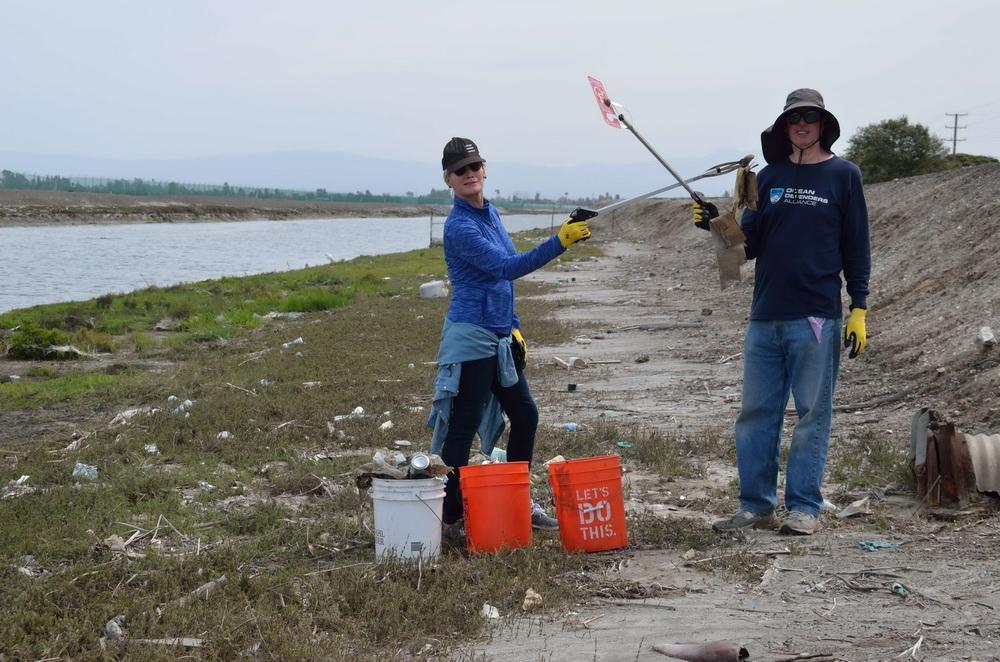 While we were surveying the site, I took a look at some of the birds that were walking along the banks of the channel, resting and nibbling little bits of food from the waters and muddy banks.

I saw mallards, Canadian geese, some green teals, snowy egrets, great blue herons, a few marbled Godwits, and a small flock of western sandpipers! These sandpipers are just remarkable creatures. They are on their northern migration, going from Panama and heading to Alaska. [Check out more beautiful bird photos in our slide show below].

As you can see from these pictures, their habitat is just awash in plastics. From storage crates to bottles to lighters, shoes, straws, and syringes. We worked forthree hours removing as much of the big stuff as we could, before calling it a day. We cleaned up roughly 300 yards of the channel.  But as you can see, this channel goes on for a couple of miles… 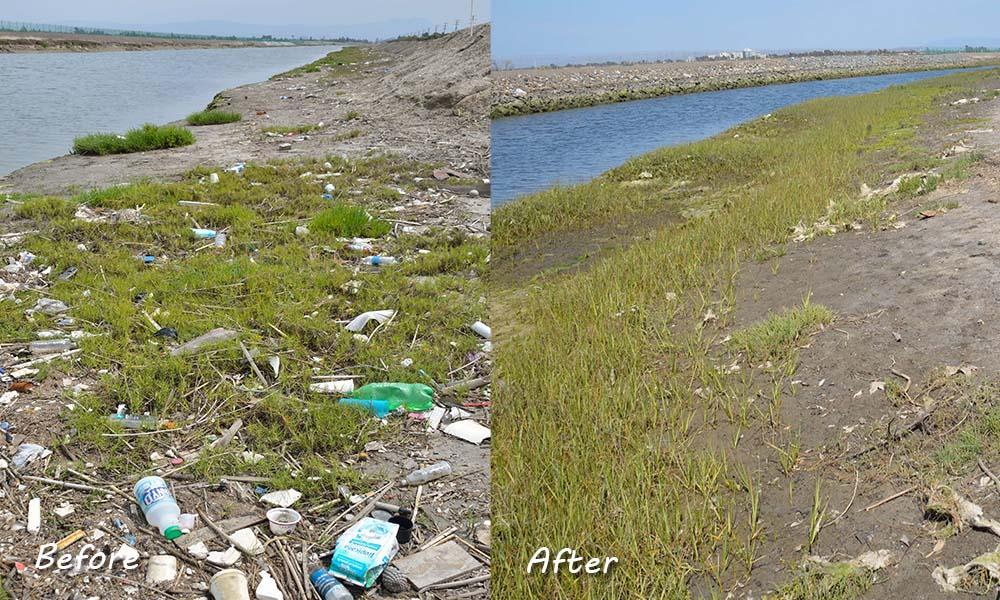 In total, we removed roughly 250 pounds of plastics that would have ended up entering the waters of Huntington Harbor and then on to the ocean. 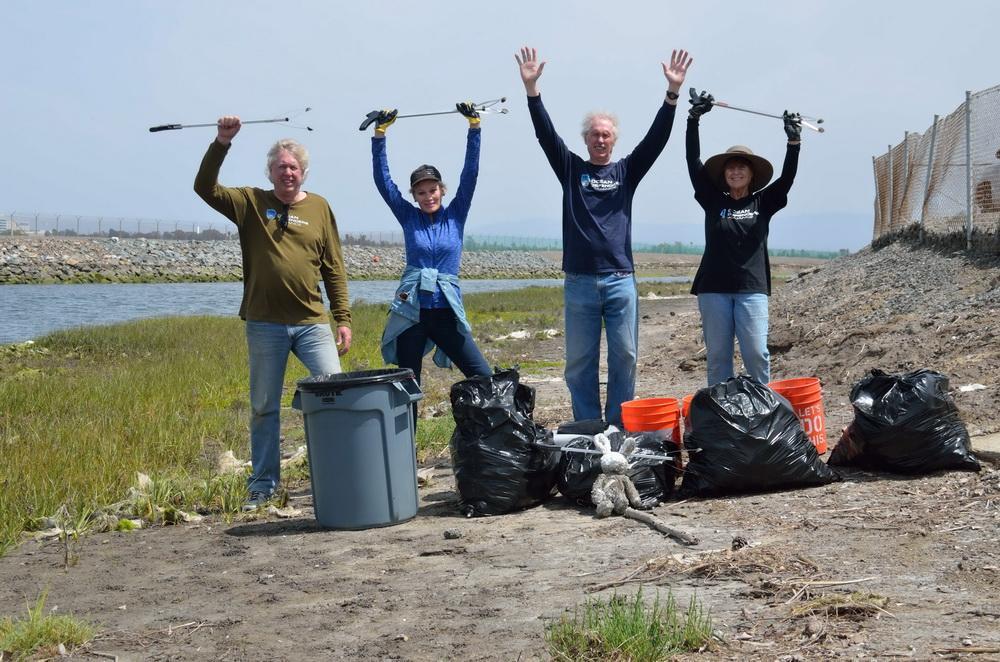 Stay tuned for our next cleanup. With more hands on deck, maybe we can cleanup this area before this deadly debris becomes part of the Pacific Gyre.