I recently returned from spending the last two weeks talking to a wide range of people that want to know more about ODA.
Global Environmental Guardians Network (GEGN), Baltimore.

I was invited by Dari AlHuwail to meet with several people from the Kuwait Dive Team (KDT). They were hosting a conference in Baltimore, Maryland, on August 29 and 30.   Alex Earl, who is on ODA's Advisory Board, told me about the KDT and suggested that I meet with Dari in September of 2014.  At that meeting, Dari told me about his involvement with the KDT, and what their goals and objectives were.  The KDT is an all-volunteer dive team that removes ghost gear and sunken boats from the coastal waters of the Persian Gulf, in the territorial waters of Kuwait.

Sound familiar?  They are doing exactly what ODA does, but on the other side of the world!  I was thrilled to be invited, and had the honor of giving a presentation about ODA.  There were also three other groups in attendance: Plastic Ocean Project, the Ocean Conservancy, and Backriver Restoration Committee.

The Kuwait Dive Team came into being before we started ODA, in 1994.  Just to give you an idea of how effective they are: they removed 34 boats and 18 tons of nets in just one year! 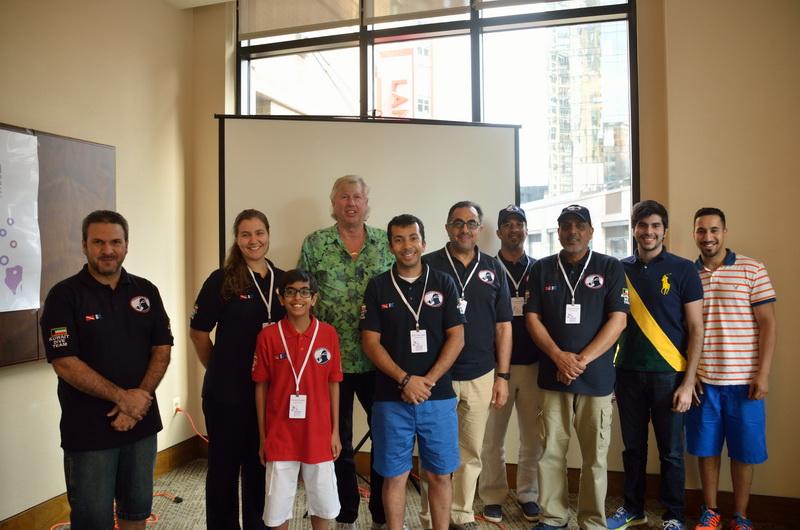 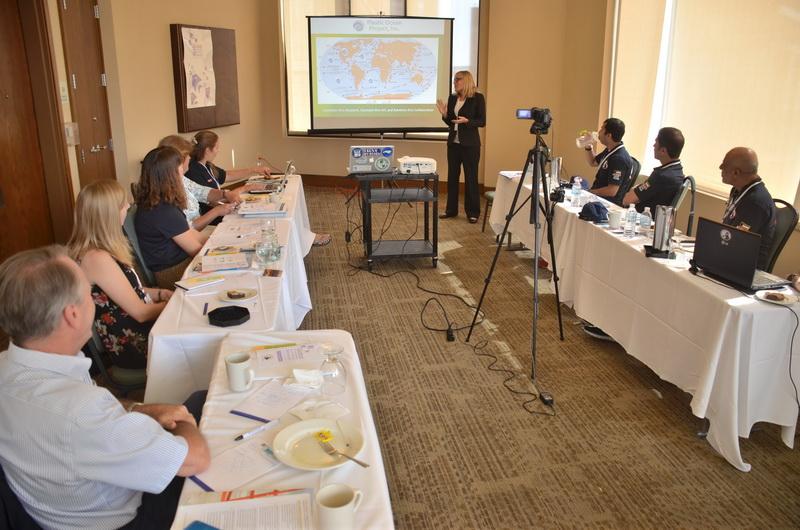 Above Left: Kurt Lieber (in green shirt) with the Kuwait Dive Team. Above Right: Giving a presentation about plastic is Bonnie Monteleone, an ODA Board Member and Director of Science, Research and Academic Partnerships for Plastic Ocean Project.

As the conference came to a close, it was agreed by all in attendance that we want to work together in the future, and I hope you will support us to make sure that happens.

Mainstream media is rife with stories about how people from different parts of the world and different cultures cannot get along.  The oceans literally link us all together, and we at ODA want to do all we can to foster mutual trust and save the oceans at the same time.  This is a GREAT opportunity to show the world that when faced with the destruction of the oceans, we CAN all get along!

While there we were treated to an introduction to the Water Wheel, by the inventor: John Kellett.  This is an incredible system that removes debris from the Jones Falls River, which runs right through downtown Baltimore.  The Water Wheel's only power source is the flowing river, with a boost from some solar panels.

This is a really promising project has removed 50,000 pounds of trash in a single day.  They have also removed over four million cigarette butts in just one year!

After sleeping in my own bed for two days, I caught a flight to the state of Washington to meet with some dedicated supporters and discuss the need for ODA's specialized coastal cleanup services.

I arrived in Seattle on September 2nd, where I met with our volunteer Jon Taylor.  Jon had reached out to some area dive clubs to see if they would be interested in hearing about ODA.  I gave two talks: one to the Bellevue Divers on the 2nd, and another to the Boeing Dive Club on the 4th.

I had the pleasure of presenting ODA to two groups in Portland:  the Oregon Scuba Club on the 3rd, and to a group of ocean lovers at a civic center in Portland on the 5th. The latter was organized by ODA volunteer Chad Miller, who owns Food Fight Grocery on SE Stark Street in Portland. 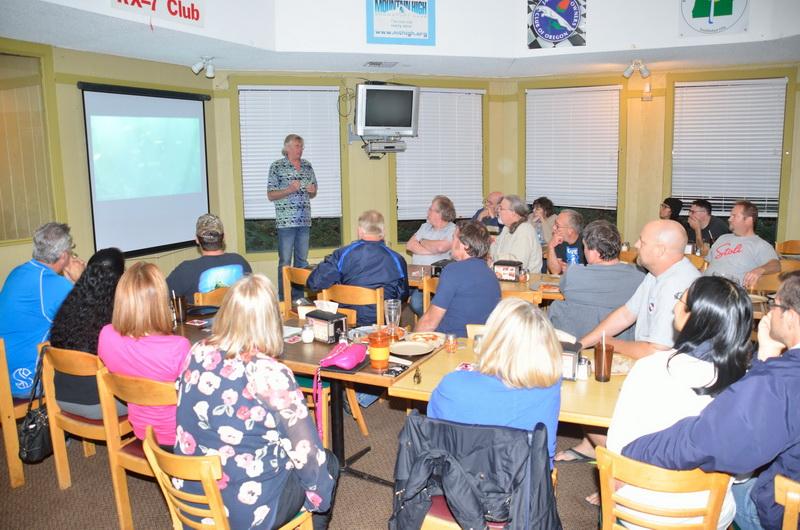 Chad is exciited about the prospect of saving marine life in the Pacific Northwest. 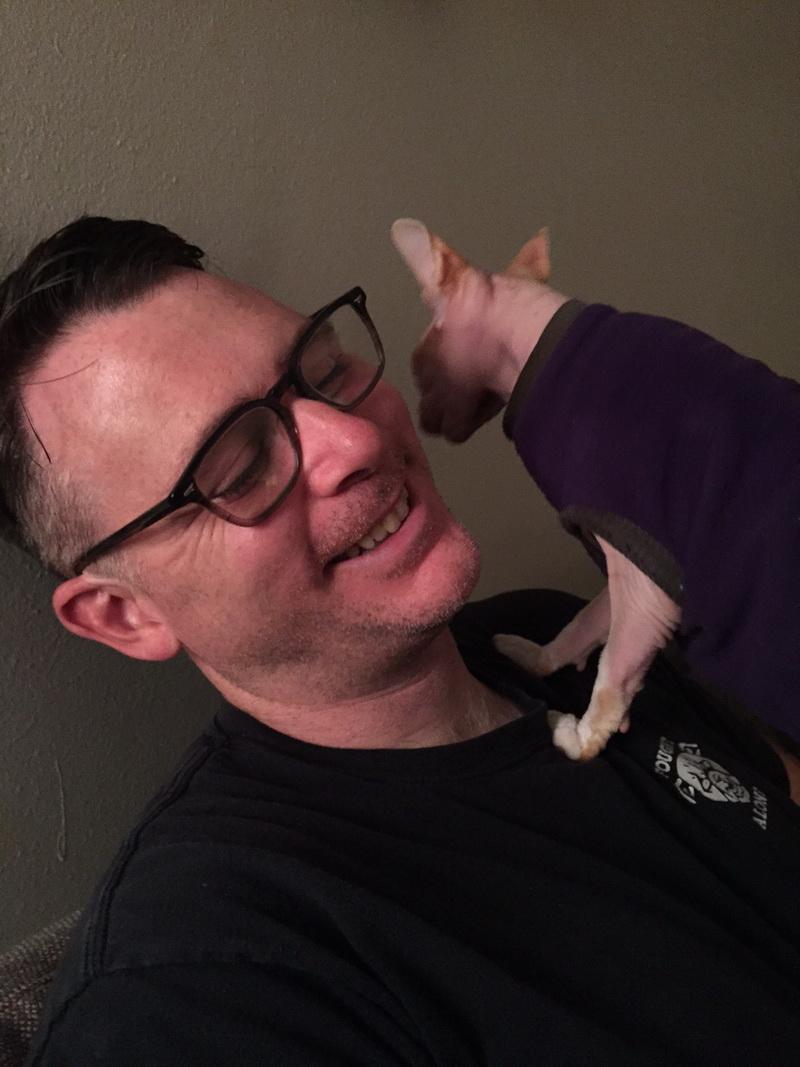 He shared with us that, "I have been trying to brain-storm a way to tie together my underwater time with my activism and Kurt's presentation gave me some hope that something like this can happen. Both Portland area events were well attended and provided a great chance to discuss these issues and meet other like-minded folks who are interested in making a difference in the oceans and rivers of the Pacific NorthWest. The ODA presentations have definitely got me thinking and I am very excited to pursue some ODA organizing and work in the near future."

All of the talks were met with enthusiasm and interest.  I came away with confidence that these great folks are exciting about being involved with an ODA chapter in their area.  We'll be working together on a business plan, laying out how this is going to be structured.

I want to thank all the people who joined us at these events.  Your passion about the health of the ocean waters and of the Puget Sound was palpable.  It is going to be exciting to see this expansion come to fruition! 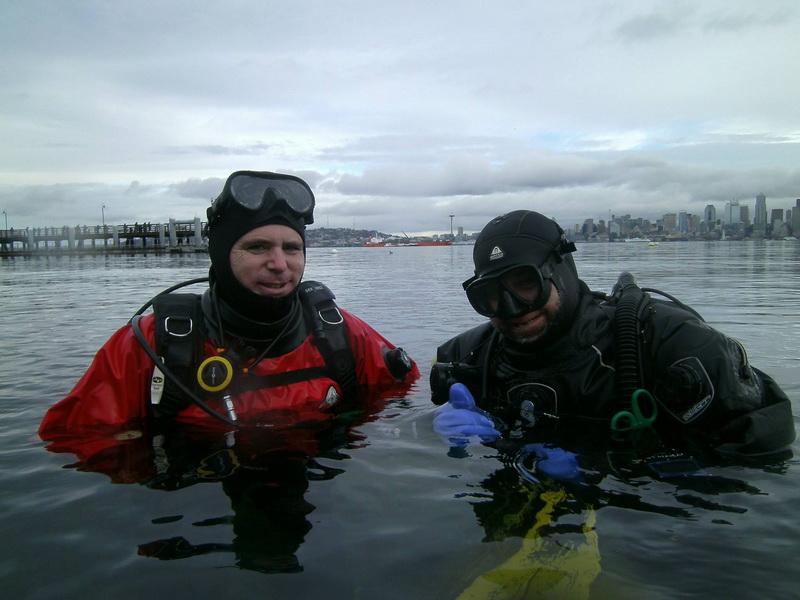 A big thank you to Jon Taylor and Chad Miller for putting so much effort into organizing these meetings.  Thanks also to the guys at Morgan Sound in Seattle who donated a projector and screen for my talks in Seattle.

Stay tuned and find out more about this in the very near future.

At left: in red suit, is our awesome Portland Rep Chad Miller!

I got home just in time to meet with some great people who do a lot of sailing off the coast of California.  These are very experienced captains and deckhands, who seek out blustery days on the water-the exact opposite kind of conditions that ODA goes out in!  We prefer flat seas and no wind.

This event was very well attended, with about 50 people there.  A lot of people came up to me afterwards and said they had no idea how pervasive the issue of ghost gear is, and they want to help out in some way.  Several people signed up for our email list.  You'll be hearing from us soon!

I did all these presentations while repairs continue on our boat the LegaSea.  All of the work will be completed within the next week or so, and we'll be back on and under the water as soon as we feasibly can. I will be sharing updates on our active debris removal work soon, so stay tuned!

If you are interested in getting involved, check out our Volunteer Page!