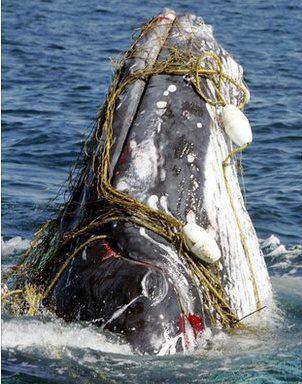 Those were the days my friend…

That year, on the United States west coast (from Washington down to the Mexican border), there were approximately eight to ten entanglements per year.

Then in 2014, we saw a huge spike in these incidences, with around 30 that year. Sadly, the latest statistics reveal that 71 whale entanglements happened in 2016.

A Wake-up Call Needed for the Government

It’s obvious that our government doesn't see this as a priority worthy of addressing. We at ODA see it differently, and applaud the efforts of the Center for Biological Diversity to try and force the governmental agencies that are supposed to protect endangered species to take decisive actions to prevent these entanglements from happening.

The Center for Biological Diversity has written a letter of intention to sue the California Department of Fish and Wildlife (CA DF&W) for failing to prevent commercial Dungeness crab gear from entangling, injuring and killing threatened and endangered humpback whales, blue whales and sea turtles. ODA has signed onto the letter as a supporting organization. 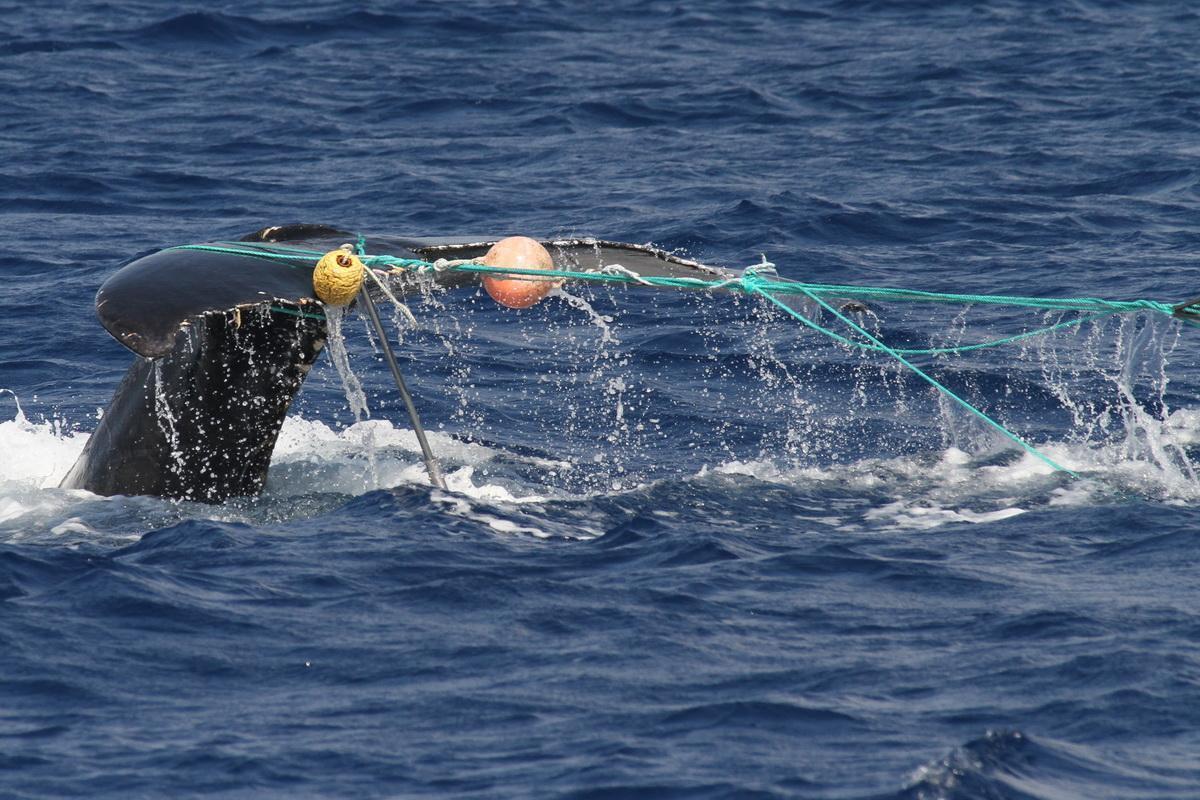 In their press release, the Center says: California’s Department of Fish and Wildlife authorizes and manages operation of the fishery, which last year entangled at least 21 endangered or threatened whales, contributing to a third straight record-breaking year for entanglements along the U.S. West Coast. An endangered leatherback sea turtle was also caught in commercial Dungeness crab gear in 2016.

We need to put pressure on the authorities to start enforcing the Endangered Species Act— legislation that was enacted to protect our precious wildlife!

Please stay tuned. There will be petitions to sign and authorities for us to call. We'll post that info as it becomes available.

Why and Where Do Whale Entanglements Happen?

The majority of fishing equipment that entangles whales is Dungeness crab pot gear.

Here is a series of pictures showing our ODA crew removing an illegal crab pot. 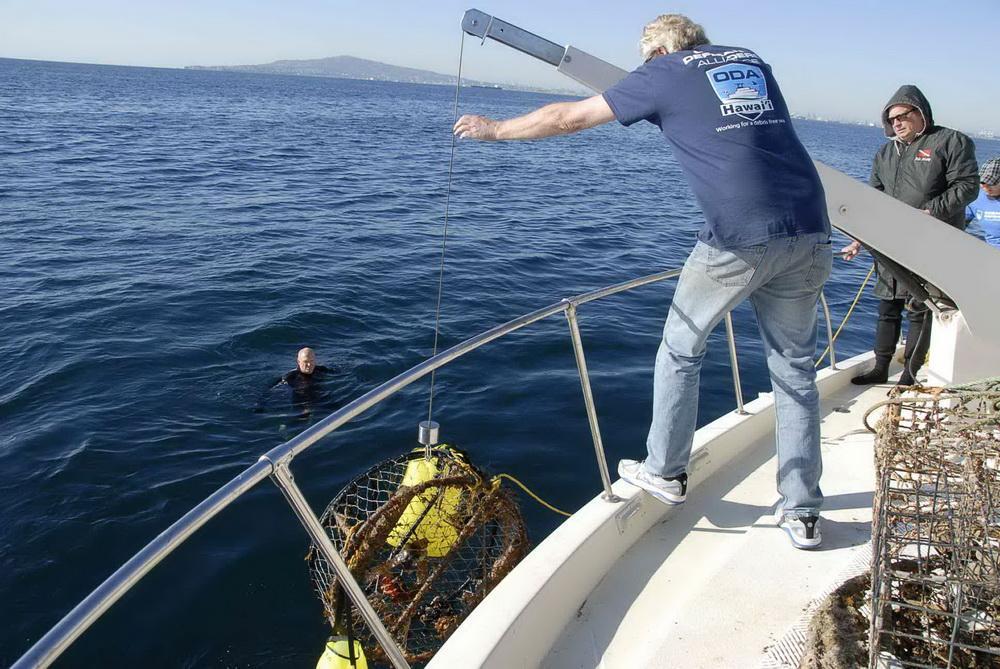 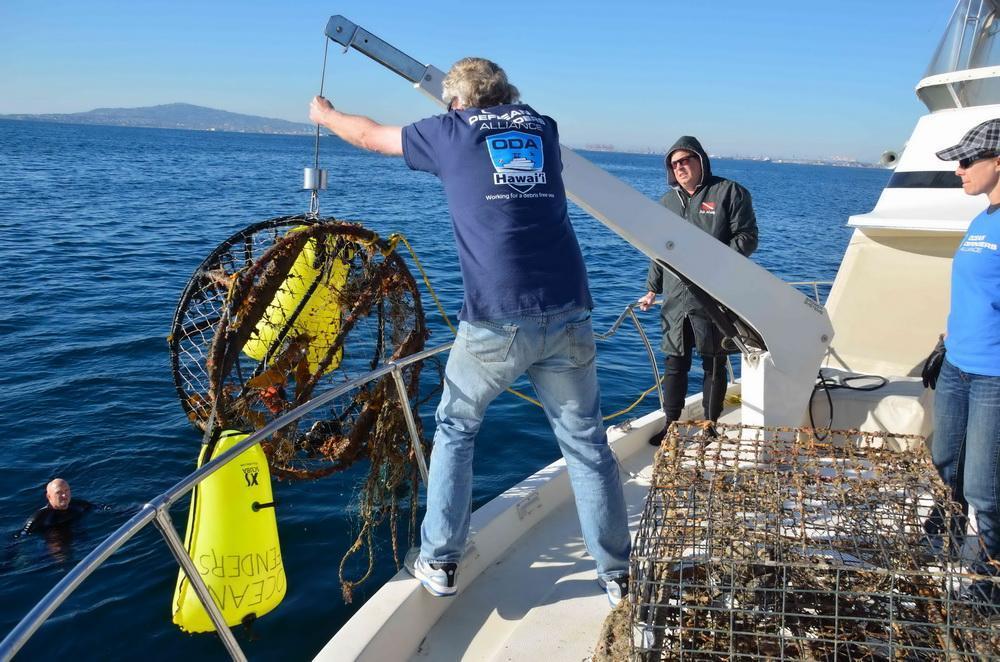 Dungeness crab habitat ranges from southern California to its norther boarder with Oregon. The greatest amount of pots is set between Moro Bay and the northern Bodega Bay.

According to the CA DF&W, about 250,000 crab pots are set every year in California waters! And that high number doesn’t even include all the lobster traps; that’s another huge number.

One of the suggestions that the Center for Biological Diversity has is to require the length of the trap line to be shorter.

Here’s how the crab traps create a hazard for whales swimming by: Let’s say a trap is set in 60 feet of water, but the buoy line is 120-feet long. That means the line has a lot of extra length just hanging in the water column. This dangling, floating rope is exactly what entangles a passing whale.

Below are pictures of a lobster trap's lines; it will give you the idea of how these lines float into harm's way:

We hope that the Center for Biological Diversity’s actions will instigate positive change.

Our very own Advisory Board member Catherine W. Kilduff is a staff attorney in the oceans program at the Center for Biological Diversity and is working on this case. Go Catherine go!

While we are committed to being involved in solving this problem on the frontend, we also do a lot of work in the field (as you can see in the pics above) cleaning up the end result of the marine debris problem. We have also had some joyful occasions where we were able to release live crabs (and other ocean life). 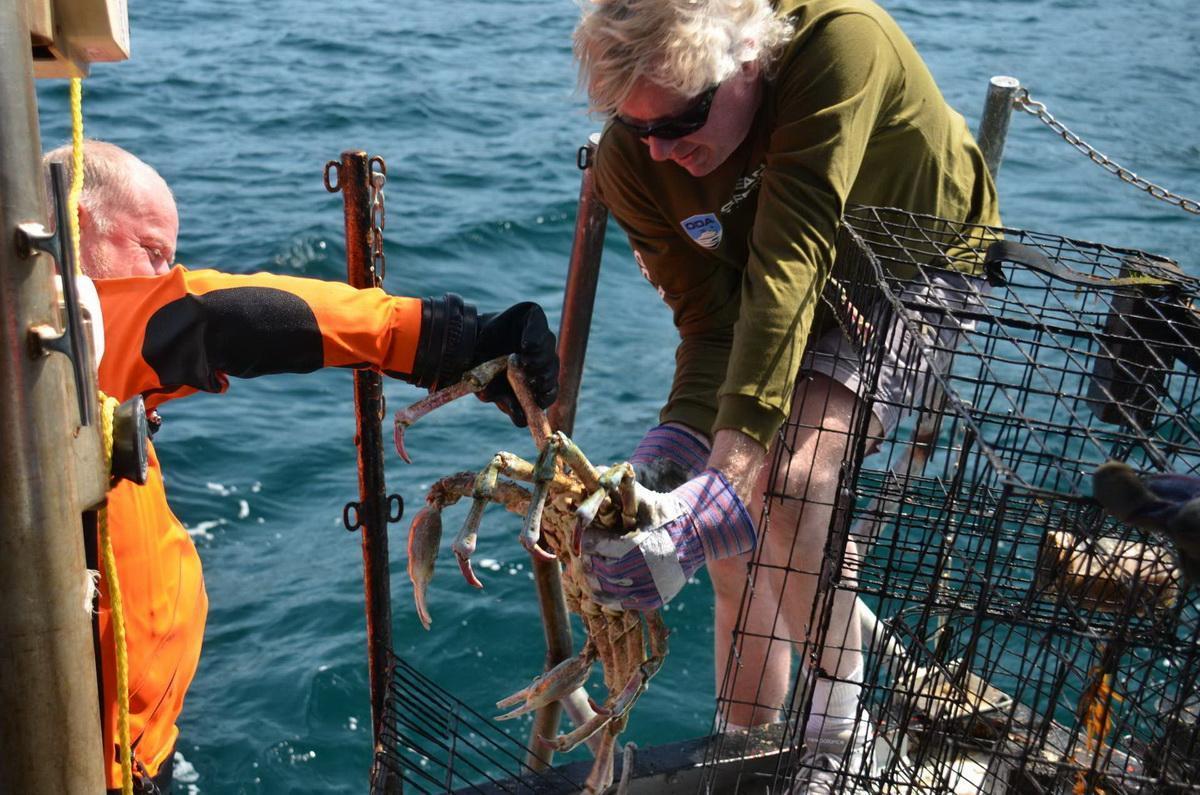 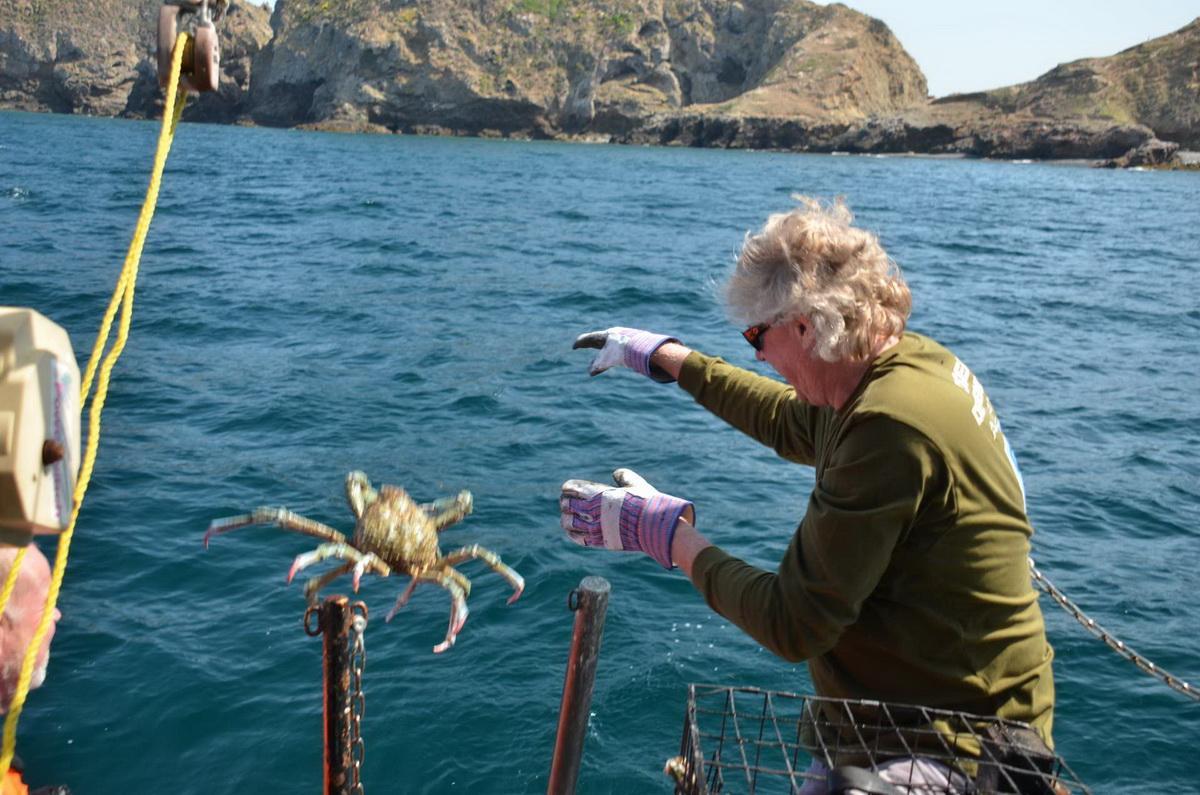 Click on any image in the slide show below to enlarge and see all the photos!