Because our flagship Mr. Barker’s LegaSea is undergoing extensive and time-consuming upgrades, I decided to head over to Hawai’i work with on our ODA-Hawai’i activities.

Per our Oahu monthly dive schedule, we were slated to go out with our partners Island Divers Hawai’i on Saturday, the 26th. As I was preparing my gear the night before, I got a call from AJ Jaeger. AJ has been on all of our dives on the island and has some great ideas on how to help spread the ODA message. She told me that some folks were doing a shore-based dive to clean up an area around a site called Makai Pier.

Since our dive wasn’t scheduled to happen until 2pm, I decided to head to the pier and see what this group was up to. I was pleasantly surprised to meet seven young people who were not part of any organization, and just decided to get together and do a beach cleanup. Wow, talk about inspiring people!

I enjoyed meeting each of them, and talked about opportunities to go out with ODA on a boat. They all responded positively. While I was there I saw what they had pulled up, and added some stuff that I had pulled from the same beach the day before, about 100 pounds of net and line. All of it was plastic… 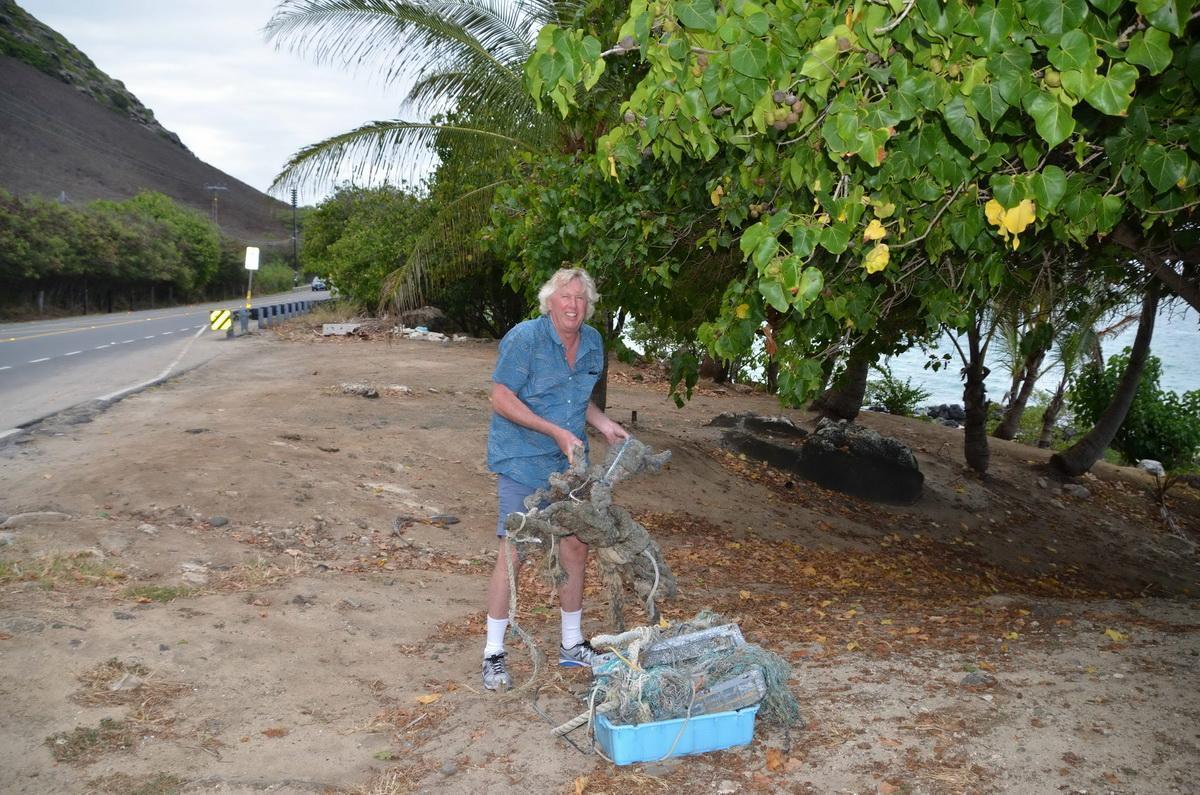 I thanked them for spending their Saturday to help relieve the oceans from this toxic pollution.

I took this picture of Scoup and Carla, who took the time to talk with me about why they are so passionate about plastic pollution. 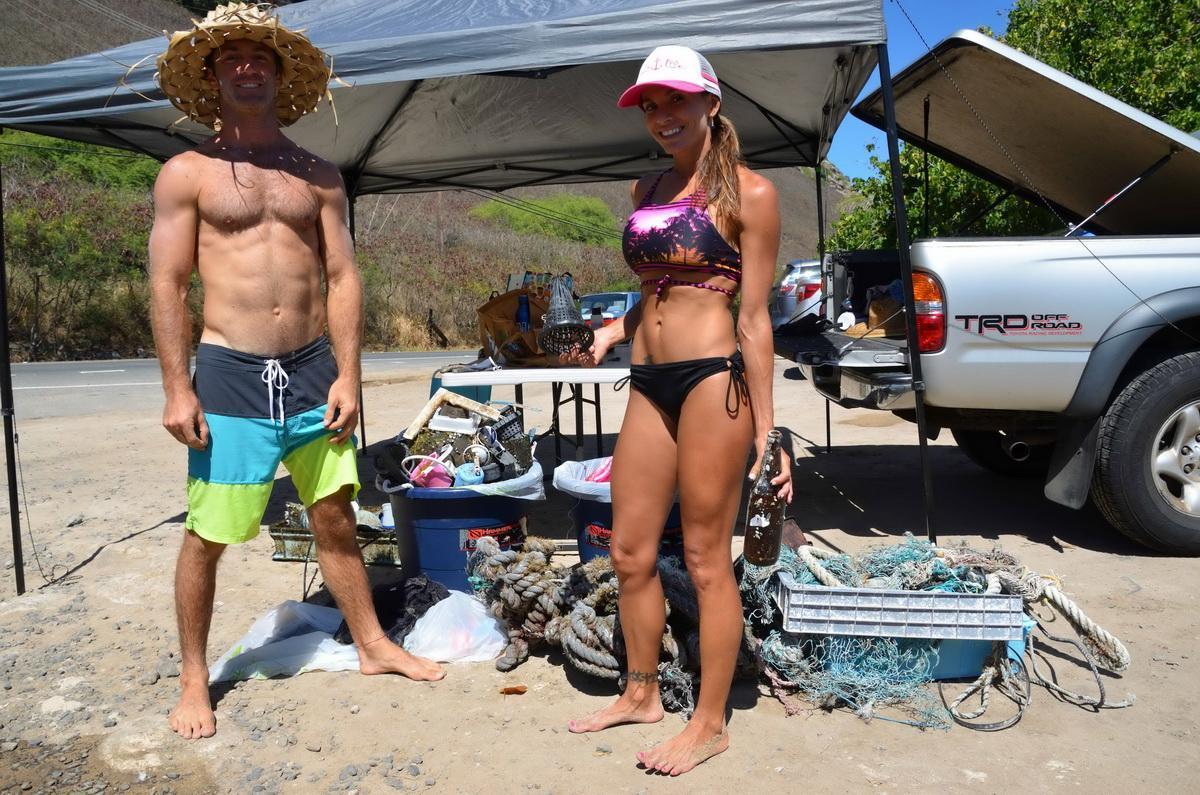 When I got to the dive Island Divers shop I was met by the dive team. Mary Christensen was the lead, and her husband, Dave, was second in charge. 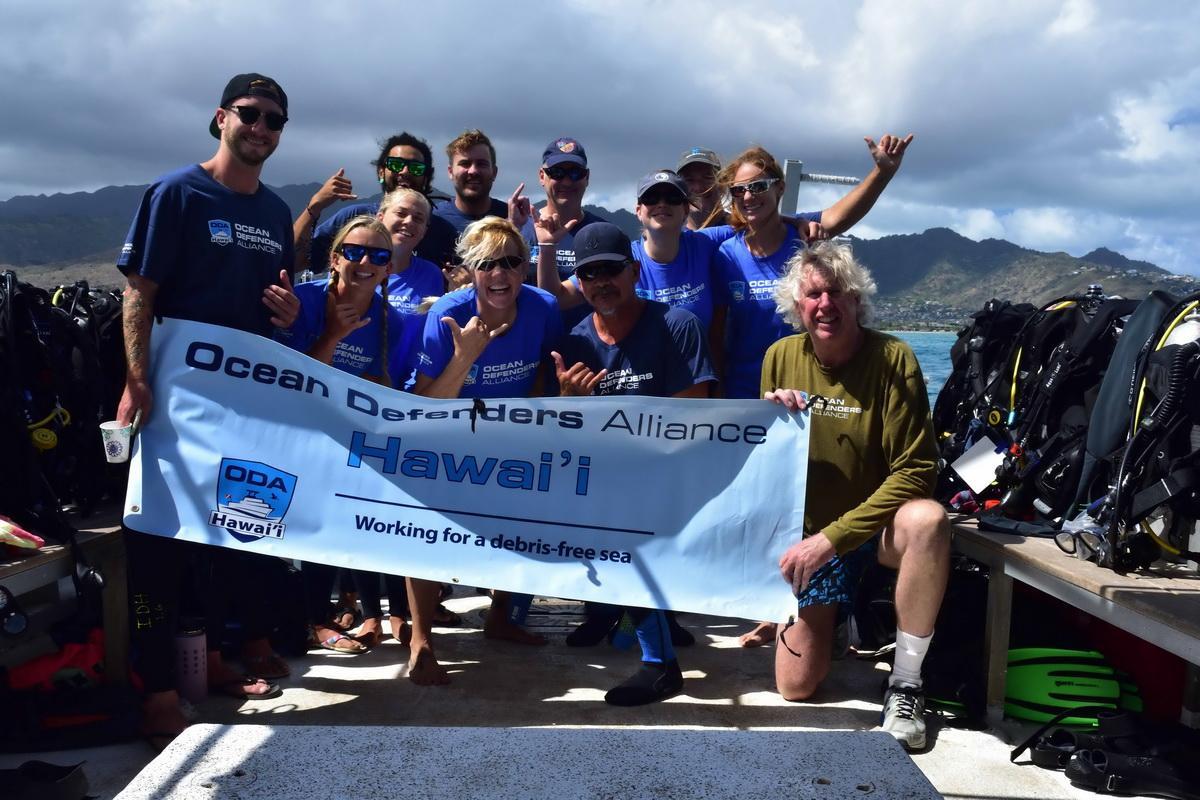 Mary gave part of the briefing: 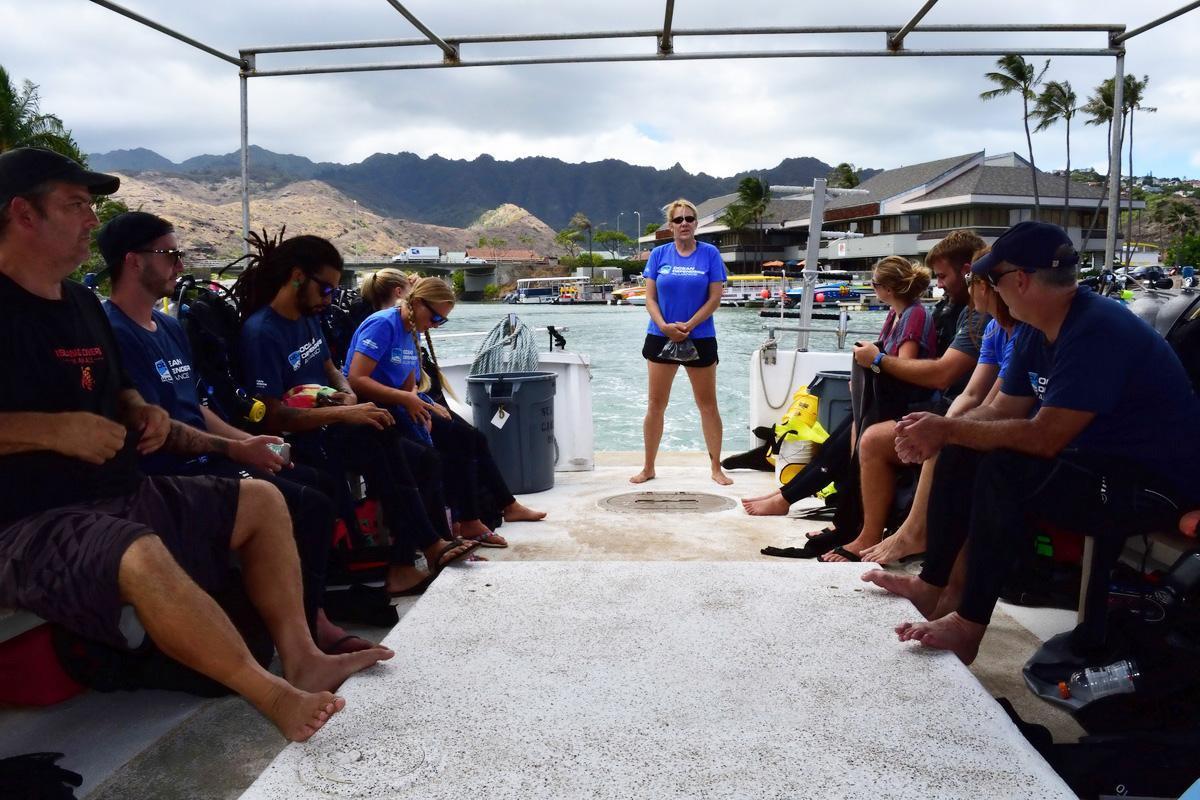 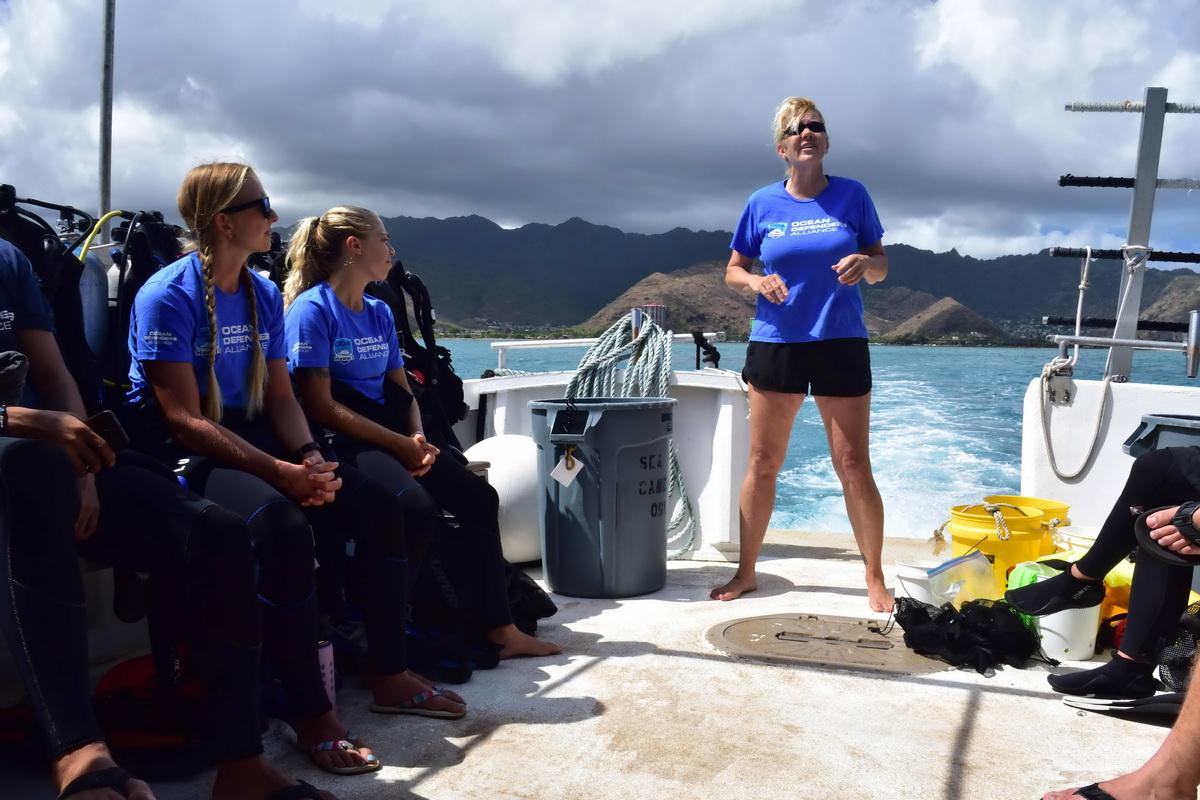 And Dave gave the other! 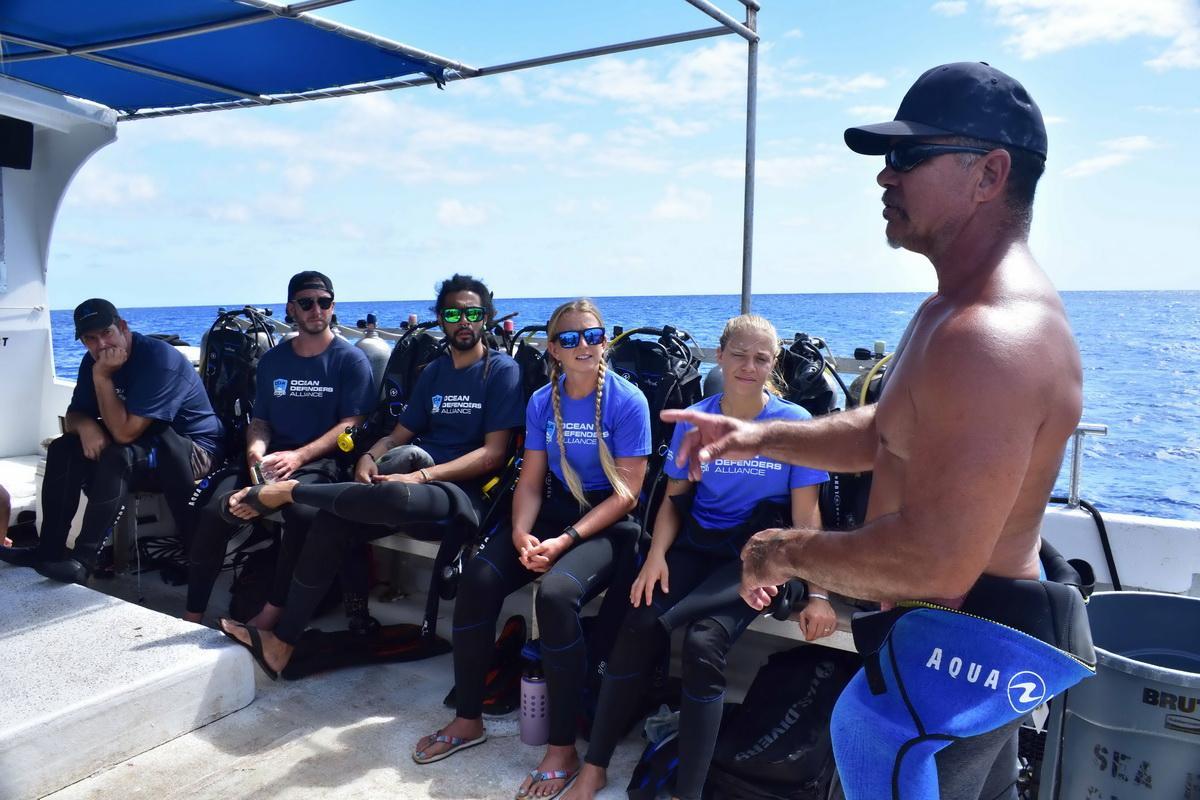 It didn’t take us long to reach the dive site, but as we approached I could see there were going to be some trying dive conditions.

There were some four-foot waves that were crashing against the rocky shoreline, and the boat captain decided to do what is called a “live boat operation.” 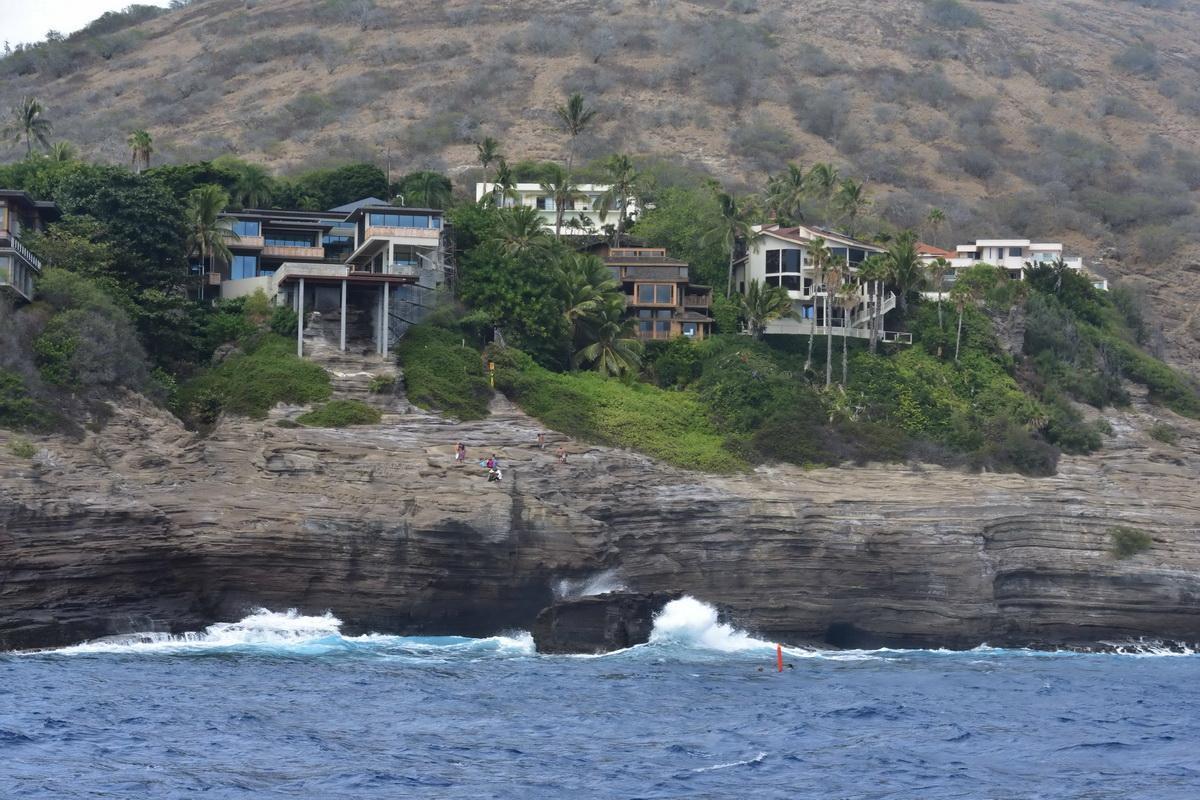 He motored us close to the dive site, had everyone jump in, and then pulled the boat away. The current was too strong to expect an anchor to hold the boat in place. So, he positioned the boat a couple hundred feet away from where we divers went down, kept the motor running, and waited for us to surface. 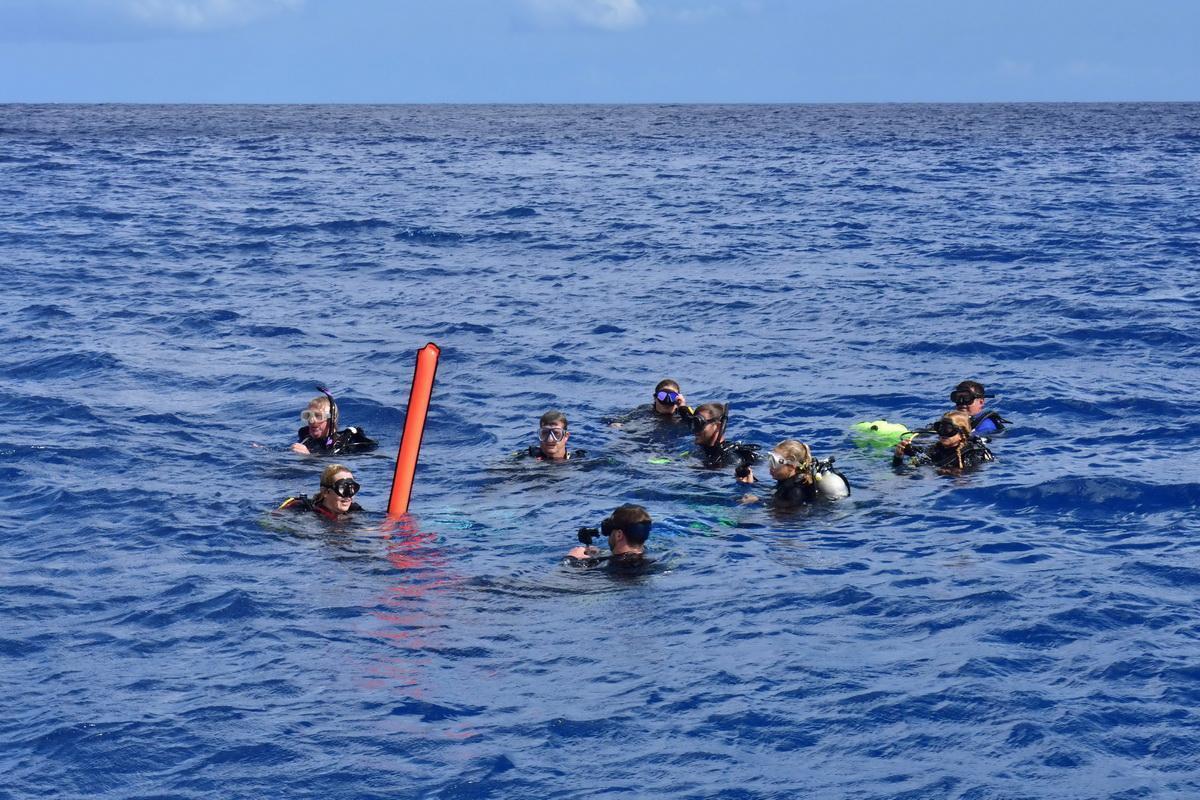 When we got to the bottom at 55 feet, conditions were even more precarious. The current was so strong that you could NOT kick against it. It then became a “drift dive.” Meaning, we went where the currents took us. It was so strong that when you found some fishing line to remove, you had to do it within seconds, because you could not stay in one place for very long.

When I saw how much of this fishing line was wrapped around and through countless coral heads, I knew that we were doing those corals a big favor. If left alone down there, the lines will kill the corals over time, as they leach the toxins from the plastic line into the coral tissue. 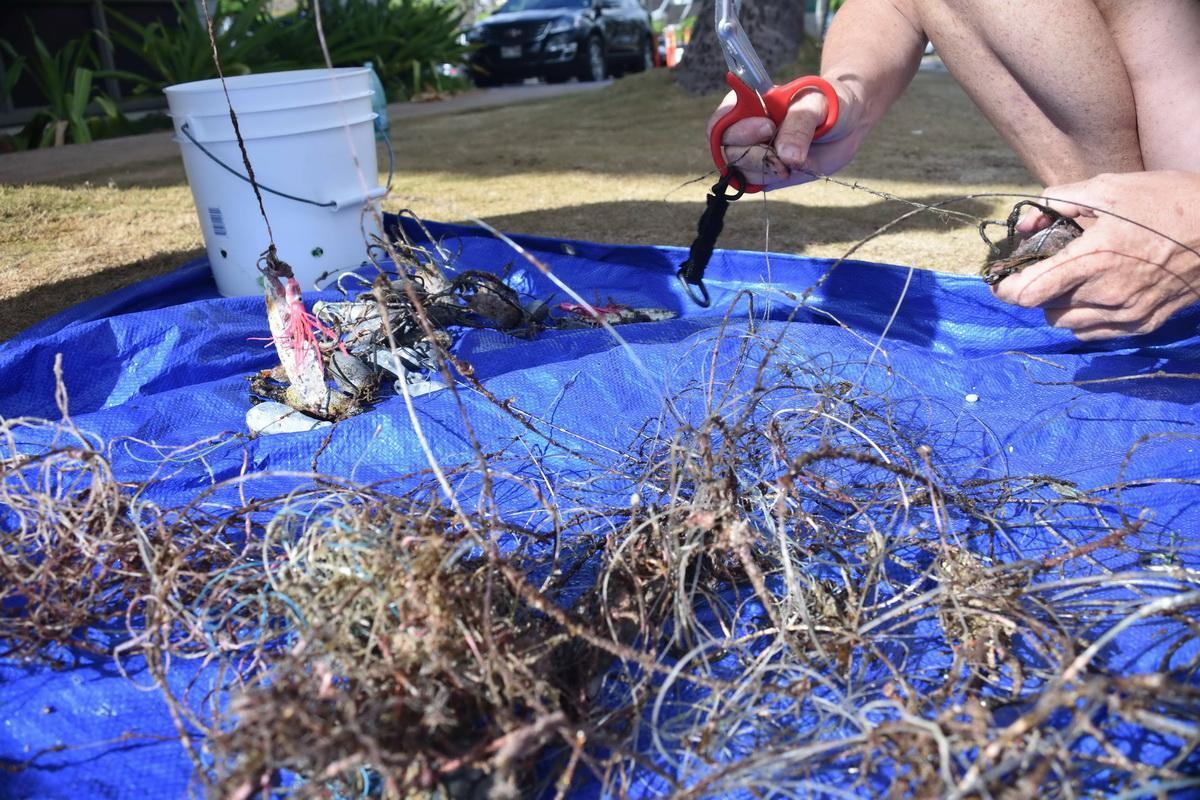 Mary and Dave did a fantastic job of keeping the team together during the entire dive. My hat is off to these two pros! They know how to keep everyone safe and focused.

As we climbed back aboard the boat, everyone was thrilled at what we were able to accomplish, especially when considering the wild dive conditions. We headed back to the boat slip and were treated to lunch that was provided by the Hard Rock Café. Four of their employees went on the dive with us and had brought the food. SWEET!

So Grateful, Let’s Do It Again

Thanks to EVERYONE who went out with us, including the boat crew! They will be going out again on Sept 10th. While I won’t be there for that one, I hope YOU can make it!

Visit this Island Divers page to sign up for the dive.

Or, if you can’t join them in person, please join them in spirit with a donation to help keep ocean cleanups going!

CHECK OUT A LOT MORE PHOTOS!