Sunday, September 22: ODA Hawaii kicked off our new partnership with the DLNR (Department of Land and Natural Resources) and Hanauma Bay Nature Preserve.  This bay is a Marine Protected Area and prohibits any form of extraction of fish or corals. 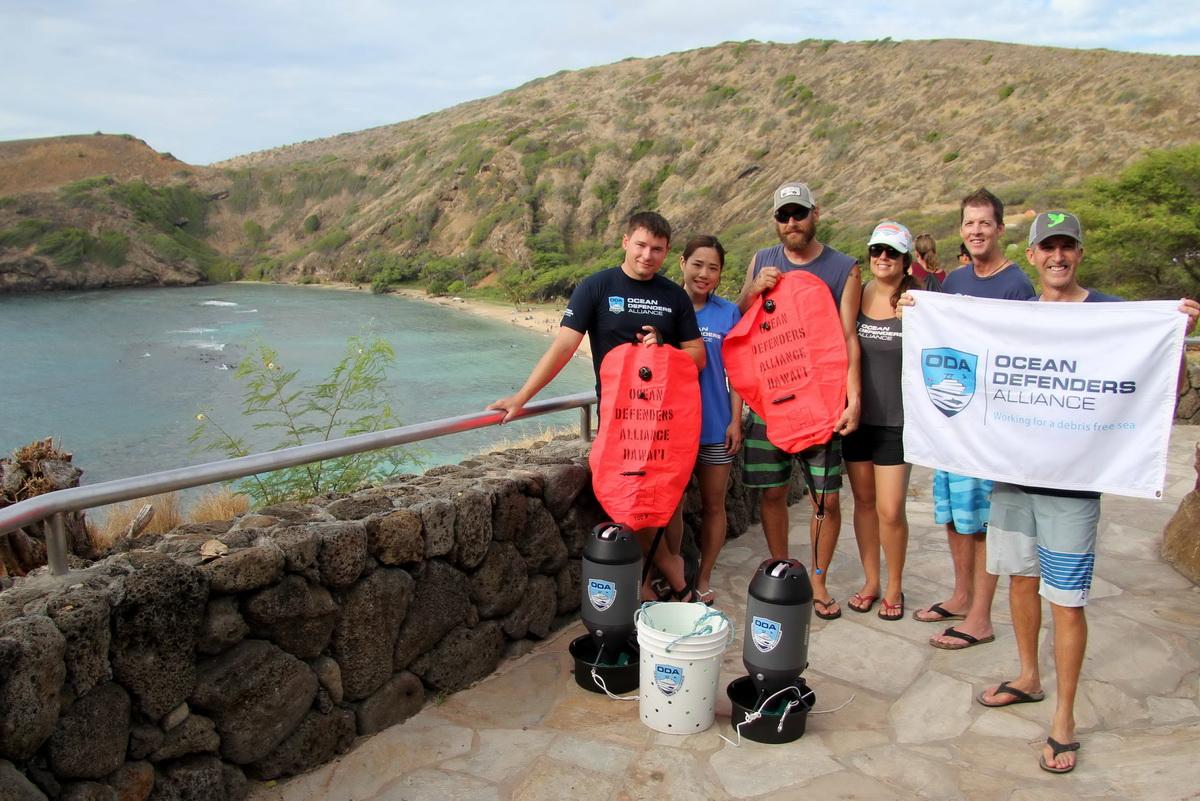 Hanauma Bay draws several thousand tourists every day.  Most of these visitors snorkel or dive among the coral reefs because you get to see a wide variety of fish that you won’t find on almost another of the other reefs that surround Oahu.

After many months of hard work, Ocean Defenders Alliance (ODA) was granted a Special Activity Permit which allows us to remove marine debris from the Hanauma Bay Marine Life Conservation District.  The Department of Parks and Recreation also issued us a permit to perform this work within Hanauma Bay.

We met at 8:00am for photos and were met by Kekai Mar (Assistant Manager at Hanauma Bay Nature Preserve), Lisa Bishop (President of the Friends of Hanauma Bay) and our group of ODA volunteers.

Donating their time to our inaugural effort were divers Ed Sisino, Tammy, Haruka, Tyler, Glenn Roberts, and myself. 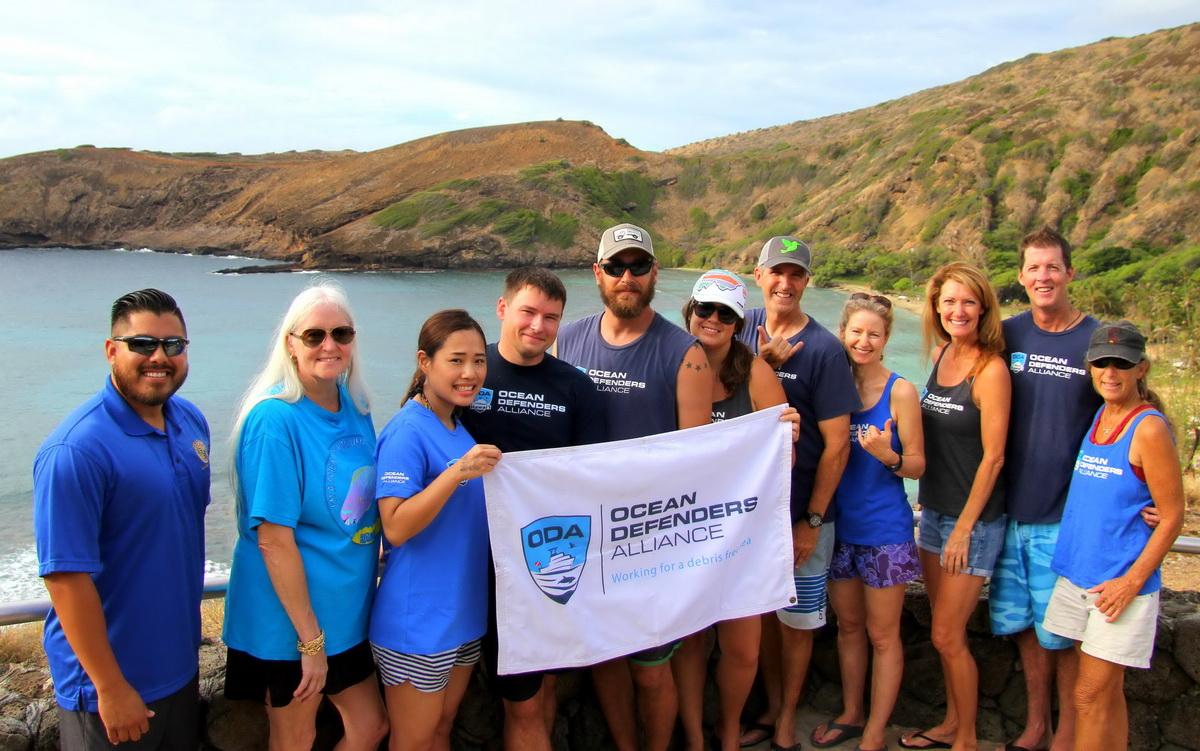 We were also joined by volunteers who would help from shore including ODA’s Oahu photographer AJ Jaeger, Keith Jaeger, Anke Roberts, and Cindy Staples.

After a thorough photo session to document the awesome volunteers participating (mahalos to AJ!), we geared up and headed down to the Bay.

We had a plan in place to go after debris we had previously scouted on both sides of the Bay beyond the reef. Glenn and I headed out through what is known as the back-door channel, which leads to the open waters of the bay.  We then headed right, towards Toilet Bowl using the underwater (UW) scooters to cover more ground.  The other divers went out through the center channel and headed towards Witches Brew. 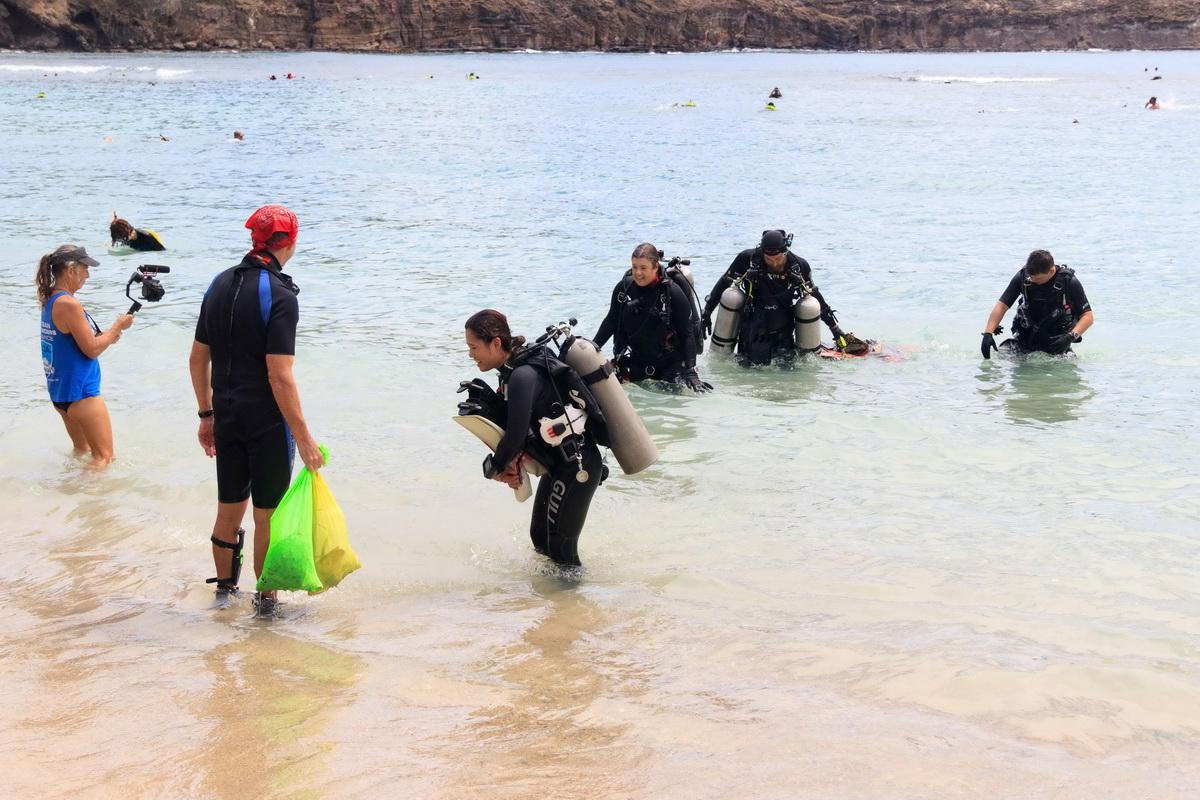 Both groups were very successful in locating and removing bags full of trash and debris.

Glenn and I went to work cutting and removing debris from an old wrecked vehicle in about 50’ of water. There were plenty of wires, hoses and other engine parts to fill two large debris bags.

Unfortunately, we also found and removed monofilament fishing line from the reef. Note: fishing is illegal within Hanauma Bay.

The other divers also found plenty of debris on the reef near Witches Brew. They removed several small nets, fishing line and other trash. They also found a large fiberglass piece of a boat floating just above the reef. You can imagine how much damage that thing would do to the fragile corals… 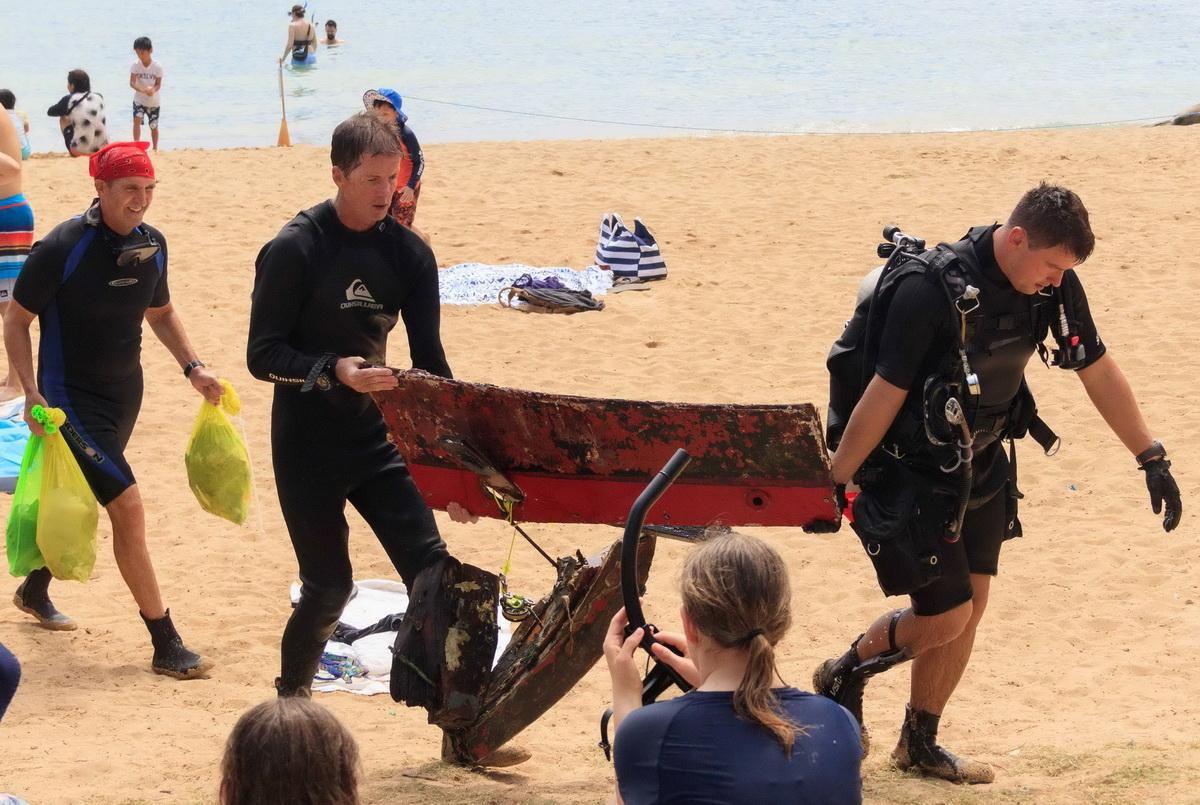 After about an hour we made our way back to the beach with our bags full of debris.

Why We Do What We Do

It was then that we saw that two monk seals were relaxing on the beach.  Further proof that Hanauma Bay is not just a relaxing place for tourists, but for endangered species as well. 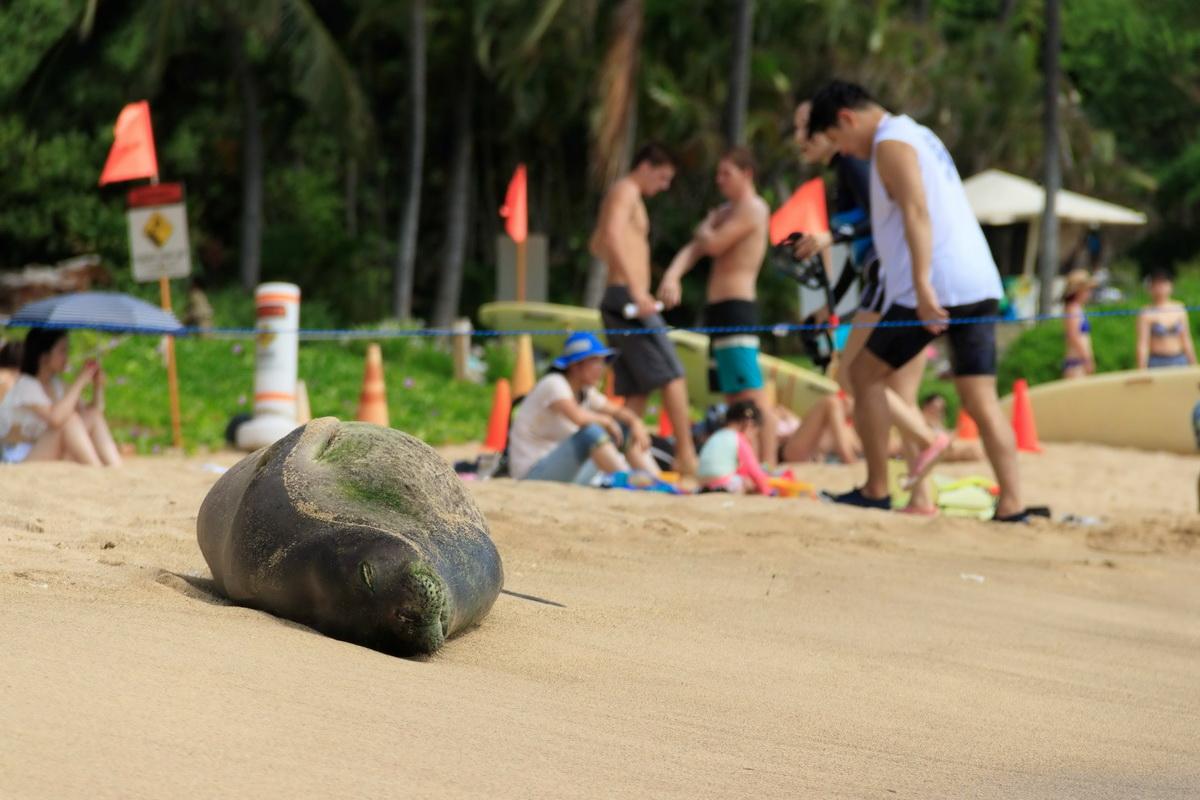 In total we hauled in around 250 pounds of debris including fishing lines, nets, ropes, rusty car parts, and plastic trash. 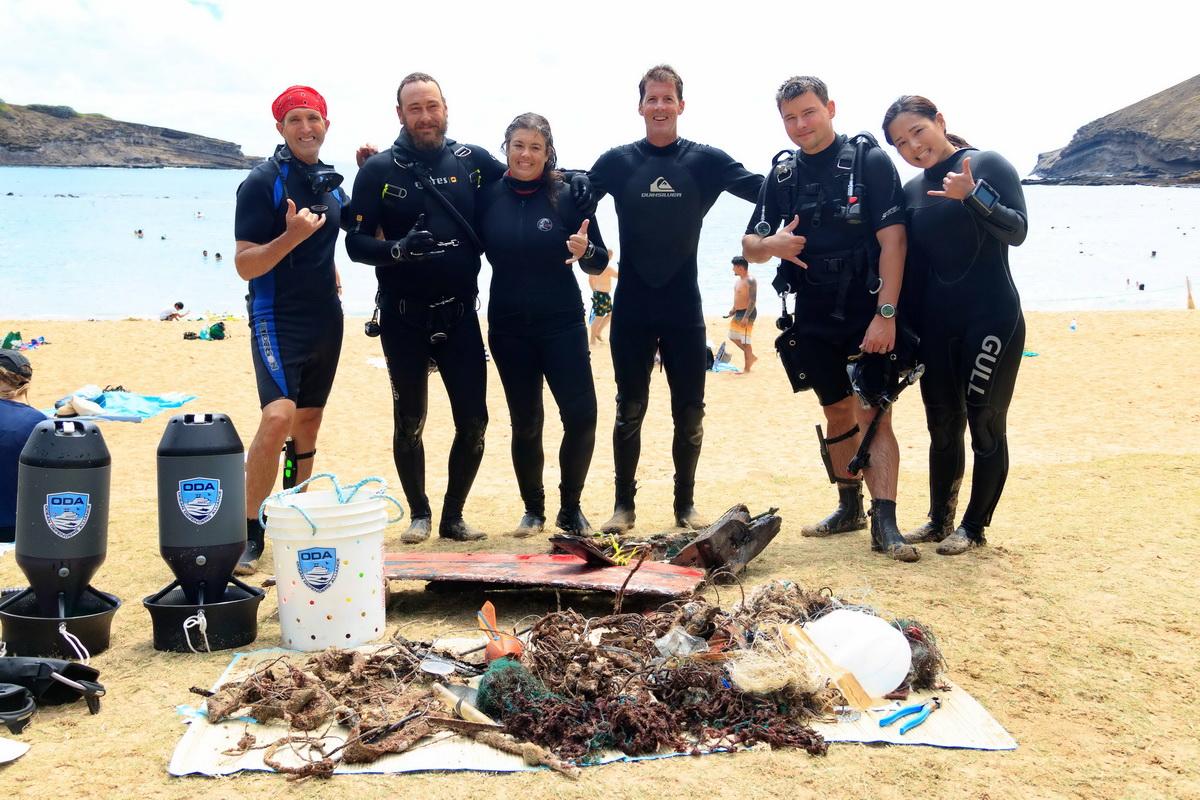 It was a very rewarding dive and we’re looking forward to our next Hanauma Bay cleanup. What a great experience to share with our terrific ODA volunteers. ODA and Hanauma Bay...a perfect partnership in our Hawaiian paradise.

If you live on Oahu or are planning to visit and want to be part of a cleanup – please let us know!