As you may recall, last year, in order to prevent more whales from becoming entangled in trap lines, we started documenting where the high concentrations of lobster traps are set in Southern California.

How and Why We Track Traps

ODA volunteers took our boat to several areas to motor close to the trap buoys and then, with a GPS, marked each individual trap.  We then overlaid those locations onto a map.

To show you what we're doing with the data, here's one of our maps from January of this year in Laguna Beach, CA. The pink dots represent the traps. 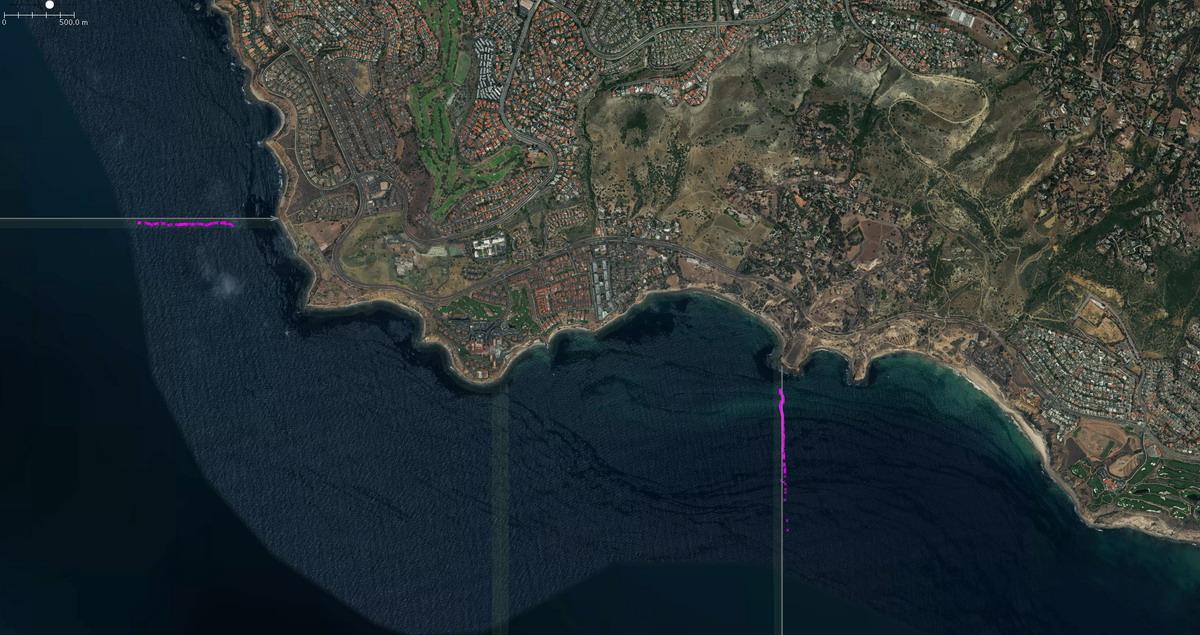 Our goal is to inform the public and governmental policy makers so that they can make informed decisions on how best to prevent whale entanglements, which is a huge problem.

Keep in mind, whale entanglements have been escalating over the last five years.  In a typical year, there would be 10-12 documented whale entanglements. In 2013, there were 32 confirmed, and they kept rising every year, to the point in 2016 there were 72 confirmed!  The majority of effected whales are humpback and gray whales.

In 2017, we documented several areas on the California (CA) coast: from Dana Point all the way up to Malibu. This year we decided to document where the crab traps are set in central and northern CA. The Dungeness crab trap fishery is responsible for roughly 60% of whale entanglements off the west coast of the United States.  This fishery is concentrated near Morro Bay and goes all the way north to Bodega Bay and beyond.

That same year, I contacted a nonprofit organization called Lighthawk. They’re a great organization that enlists pilots who want to volunteer their time and expertise to fly scientists and researchers who can utilize the flights to observe areas of interest from the air. I asked them if they would fly ODA volunteers over Morro Bay and Monterey Bay. We did this last year but I was not able to get back to those areas to document the traps because I didn't have a boat. So, this year I decided to take our small boat off of our flagship, LegaSea, put it on a trailer, hitched it up to our truck and headed up to Morro Bay on November 15th. I asked Kim Cardenas, our long-time dive volunteer, if she wanted to come along and help me out.  She didn’t hesitate to say OF COURSE! Kim is a dedicated Ocean Defender and we all appreciate her! 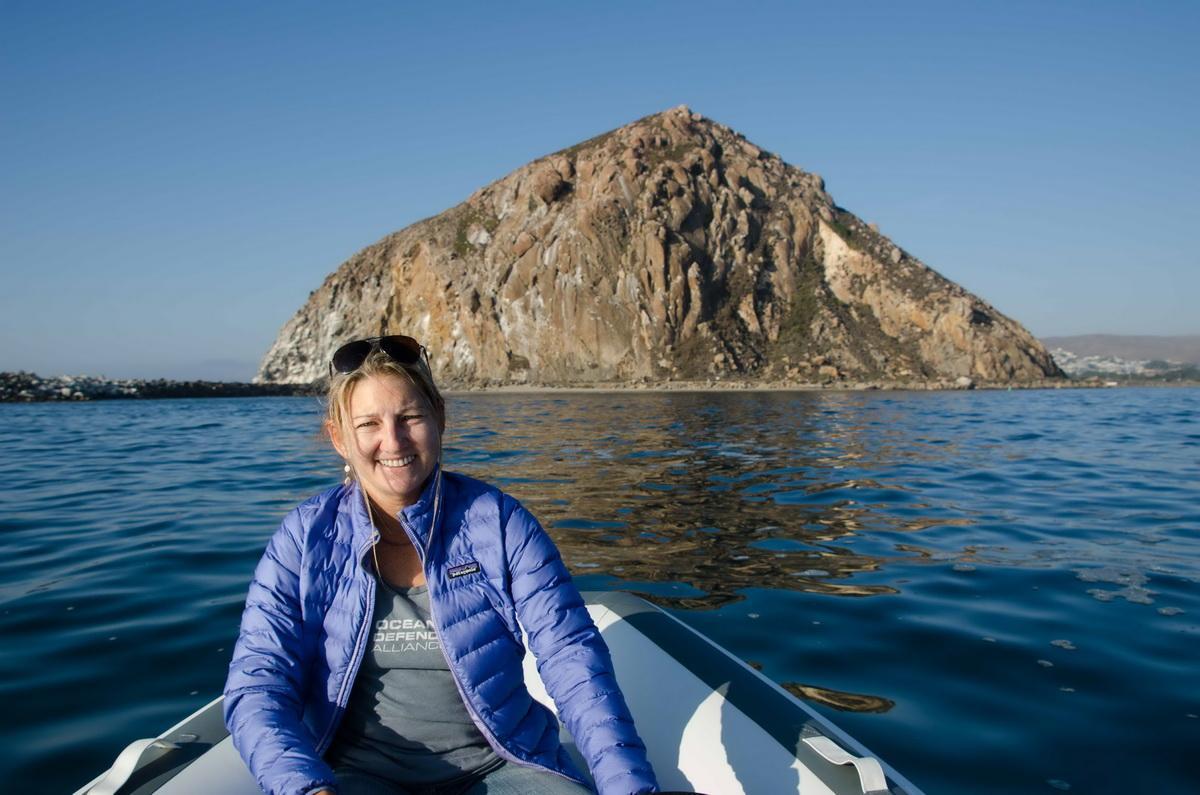 So, I met Kim in Morro Bay and we caught a flight with Tom Amrhein of Lighthawk on Friday the 16th. By trade, Tom is a farmer from Watsonville, and he volunteers to help a variety of nonprofits of which we were one. We took off from Morro Bay airport flew south, down to Pismo Beach and then hugged the coastline north, up to Cambria which is about a 60-mile stretch. 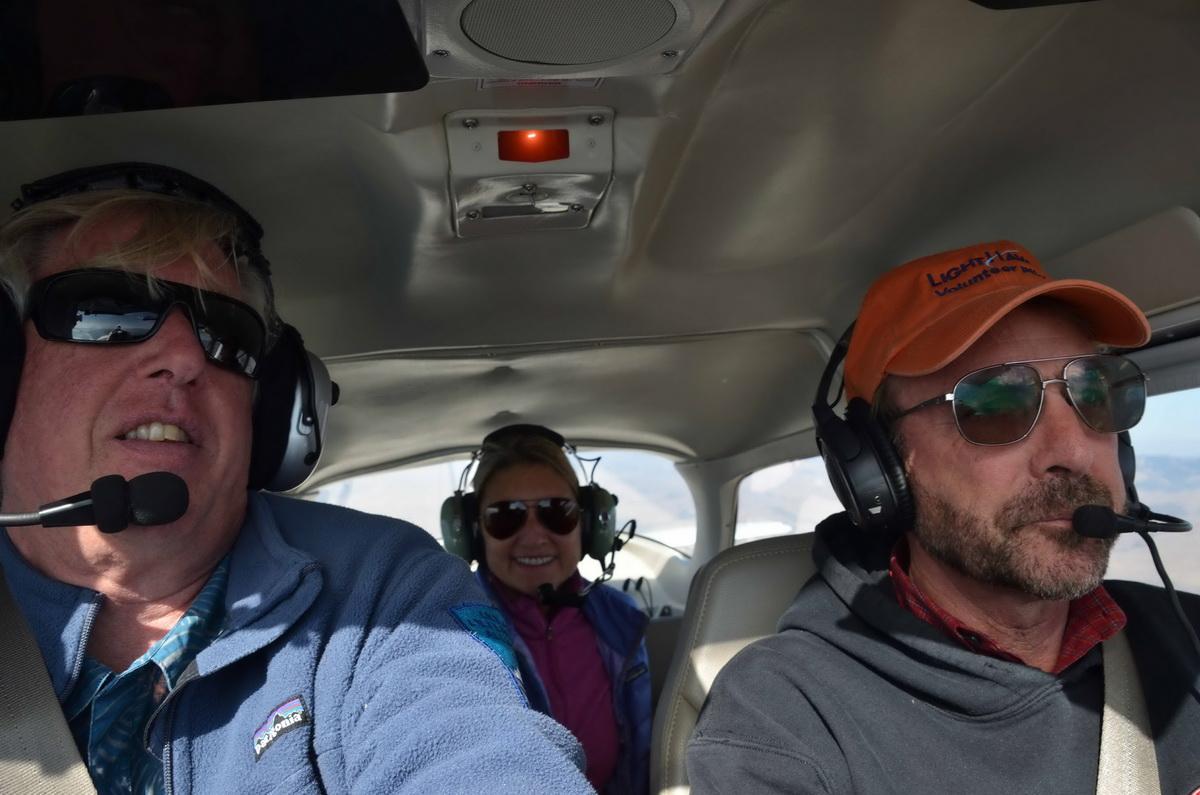 As we started our way north, the air quality was pretty good and we could see about 10 miles, but as we got near Cambria, you could see a wall of smoke awaiting us. 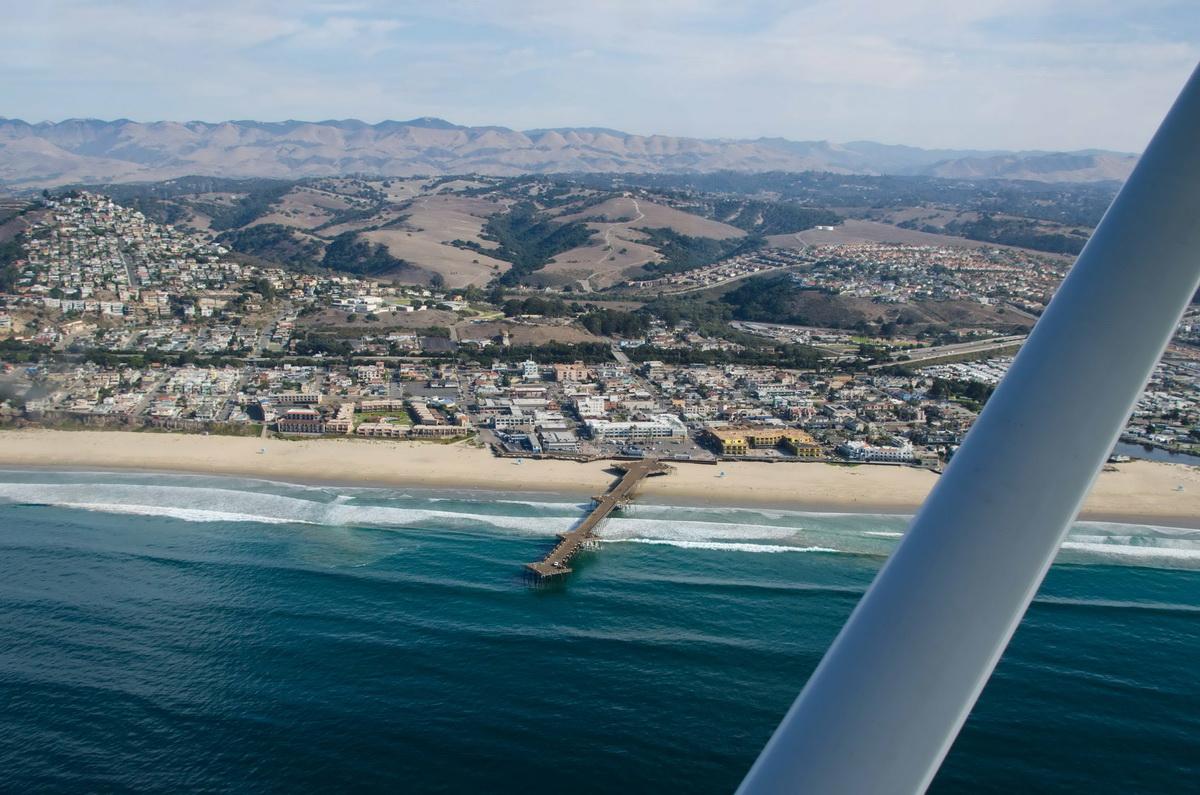 As soon as we started flying into that, we decided to turn around (safety issue).  We didn’t see much crab fishing happening here, in fact we only saw one small cluster of seven traps set.

We did see a few very cute otters before we left the area. Be sure to look at the photos at the bottom of the article to see more otters and other wildlife! 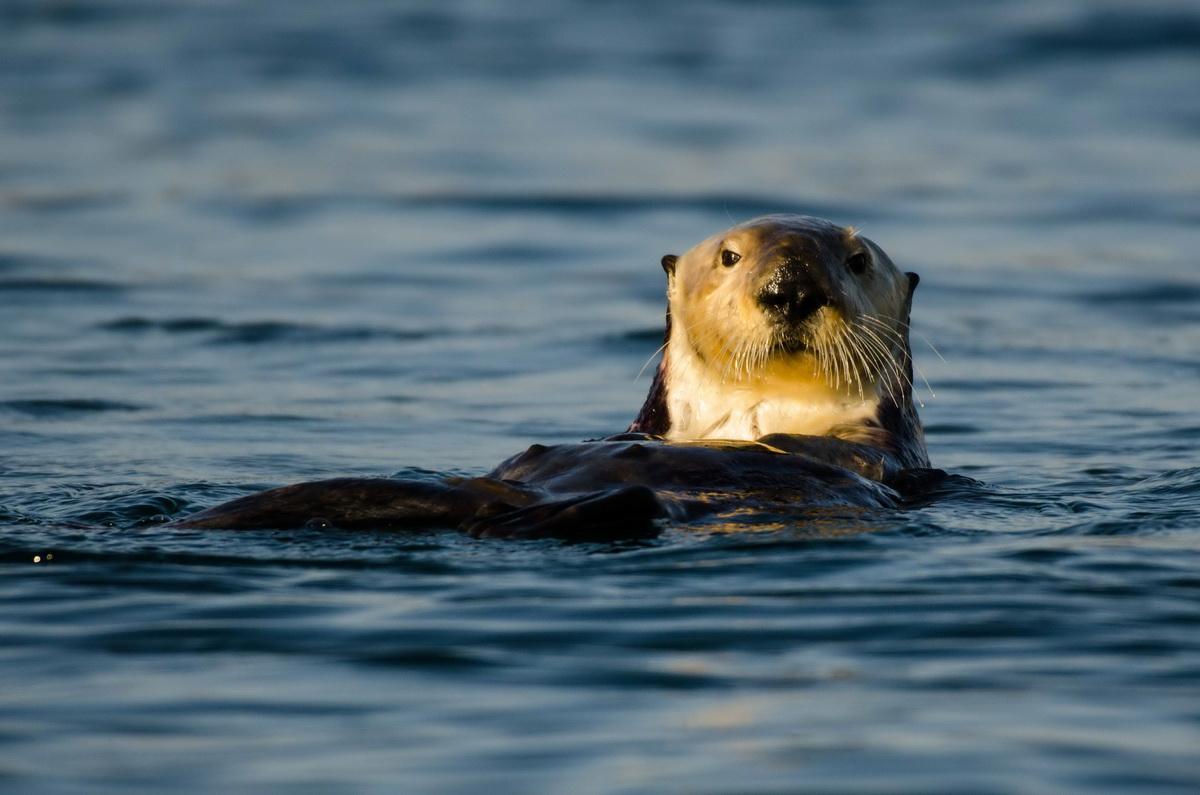 The next morning, Saturday, Kim and I left Morro Bay and drove up to Monterey Bay.

Up to Monterey Bay

On the drive up we got to see firsthand the effects of the fires that have been torching California. The air was so thick that at some points you could only see about two miles through the bright, white, smokey haze.  The land was so brown that it looked like all the moisture had been sucked out of each blade of grass…

As soon as we checked into our hotel near Monterey, the pilot (Ken Newbury) who was going to fly us from Monterey to Bodega called and said he wanted to cancel the flight because the air quality was so bad that we wouldn't be able to see very far. So, we are going to try to go out on Tuesday, November 20th, and do that flight.

While in Monterey Bay, Kim and I put the boat in the water and tested the boat to make sure everything was working. There were issues with the engine idling wildly fluctuating RPMs at first, and then the engine started running okay after a while. We motored around and saw a lot of otters in the water inside Morro Bay. 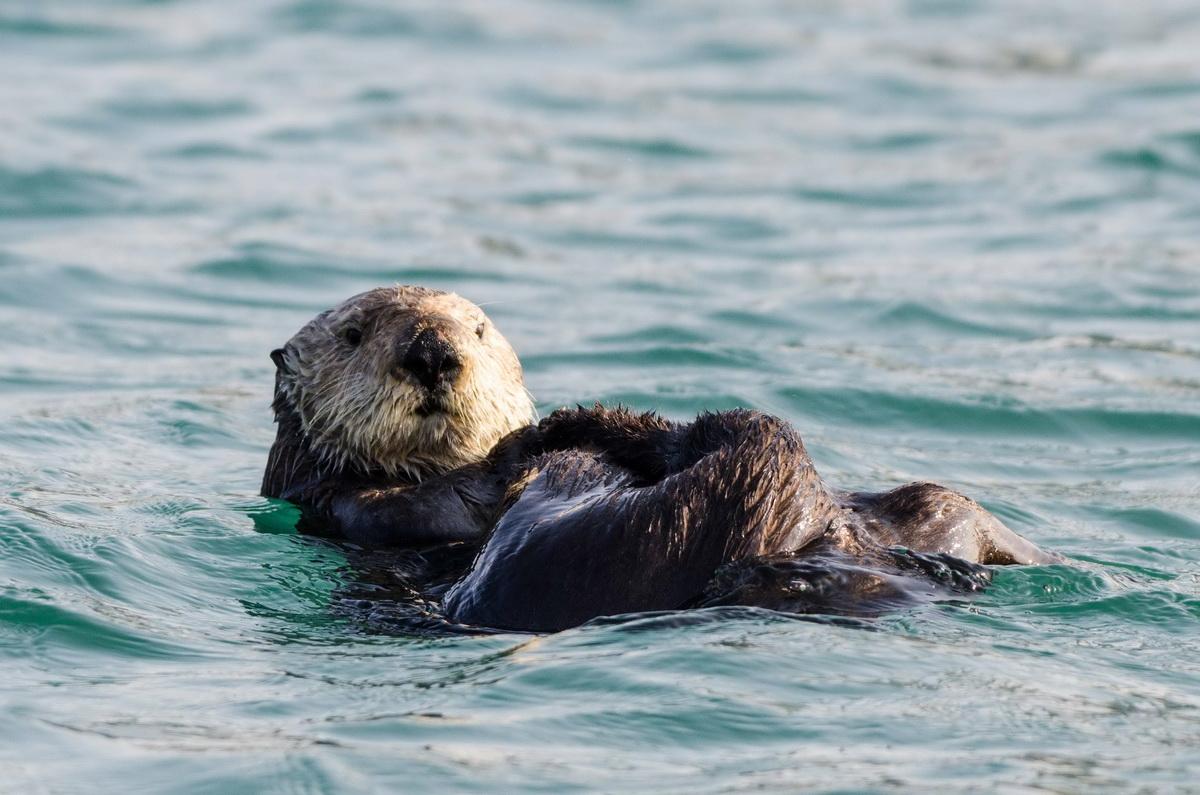 The otters are an endangered species. The crab fisheries not only legally take a huge amount of crabs, which are food for the otters, the traps that are left behind continue to kill the crustaceans leaving even less for the furry marine mammals.

The Benefits of Trap Tracking

While we were grounded from flying, Kim and I had some time on our hands. We took our boat out to test drive it and survey the waters of Moss Point. There is a wonderful marine sanctuary that is attached to Moss Point; it’s called the Elkhorn Slough.  After Kim and I ran the boat out into the open ocean to see how the boat was running, we turned back and motored around the Slough for a couple of hours. 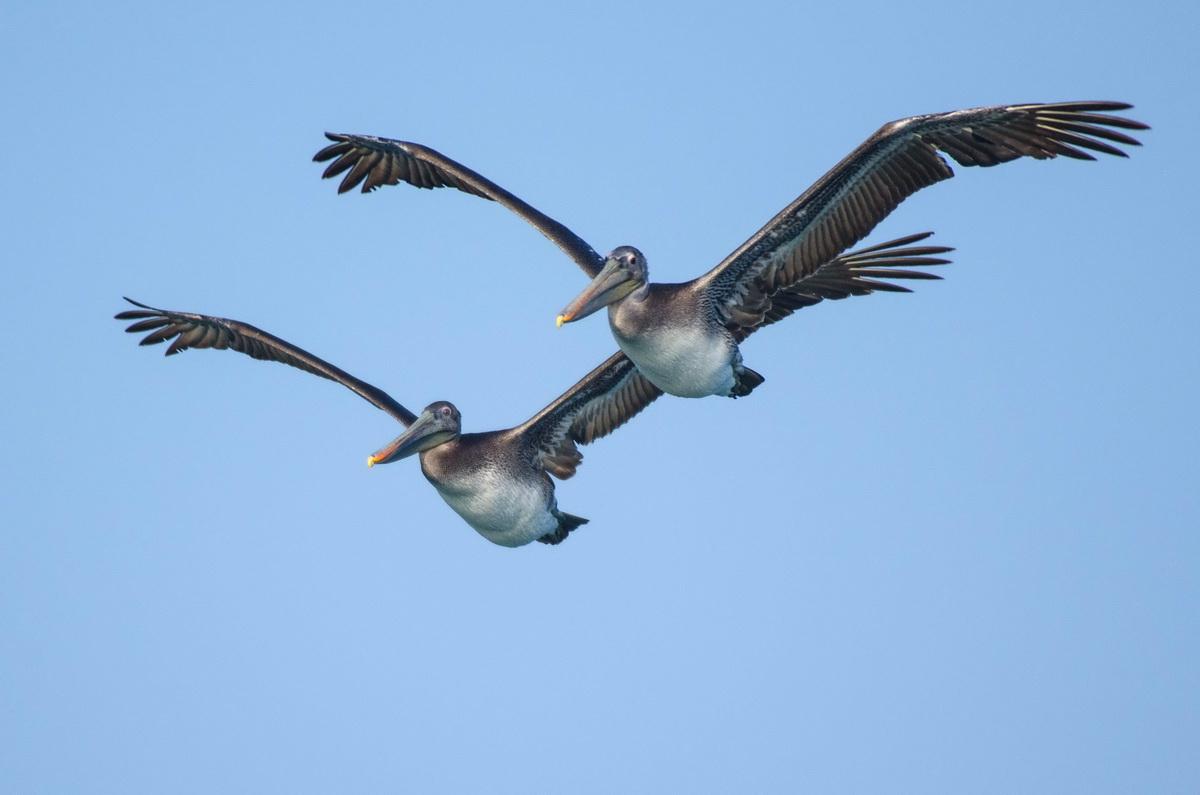 This area is a phenomenal habitat that is home to pelicans, terns, egrets, cormorants, and sea otters. I have never seen an area that is so filled with sea otters.  Everywhere you looked you would see at least one, and sometimes up to seven in one spot!  We got to see about a dozen mothers with their young kits. 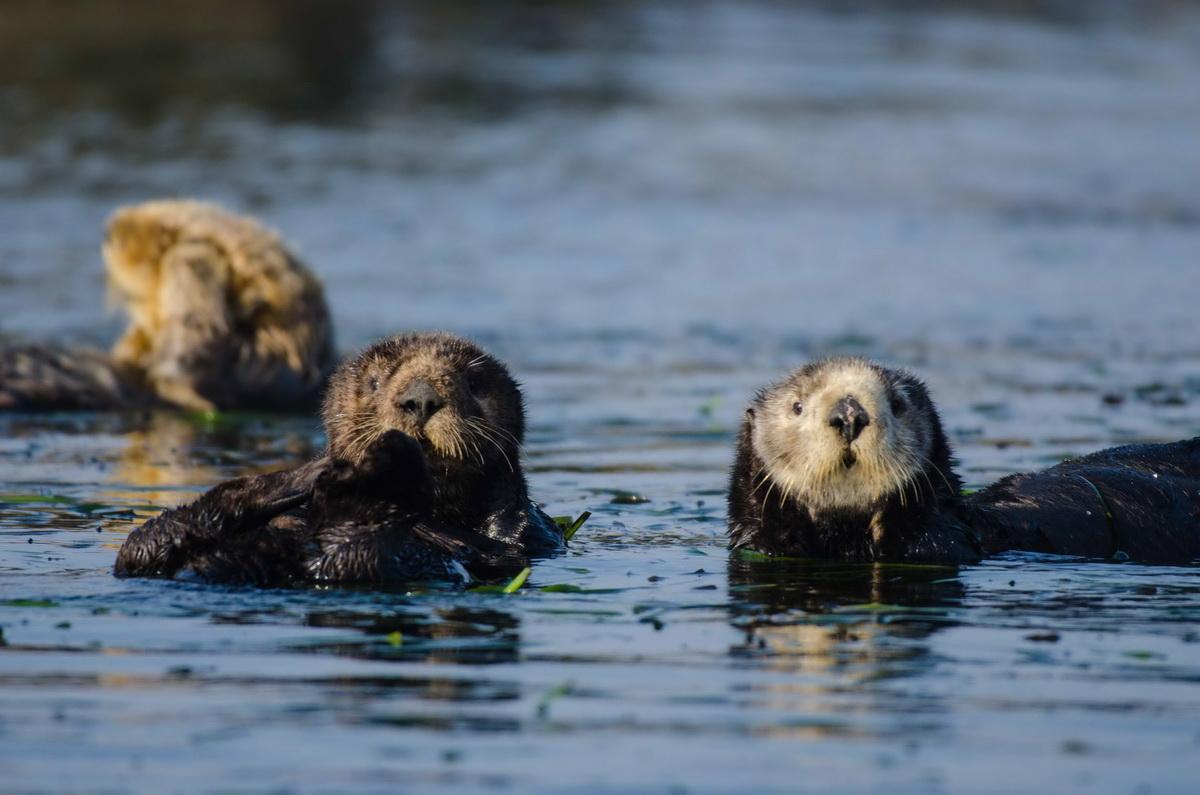 It was a great experience and I came away with some wonderful pictures. Unfortunately, on our way back, the boat broke down and we had to row about a mile and a half back to the dock. So, the boat is out of commission unfortunately, but we are still going to attempt to do the flight on Wednesday. 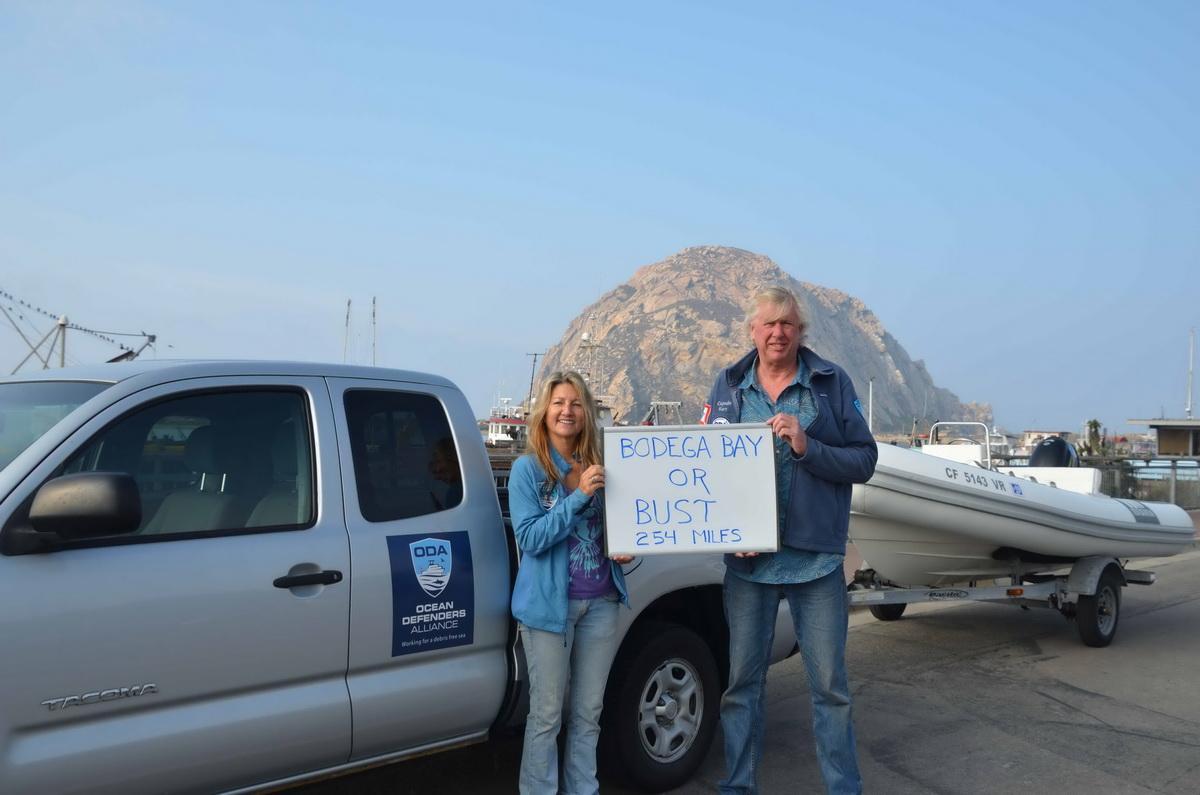 Stay tuned for more Trap Trackers reporting on our trip to Bodega Bay!