While the vast majority of the news we read about every day goes from bad to downright depressing, there IS some good news out there as well.  With most countries shutting down non-essential travel and public gatherings, wildlife gets to breathe a sigh of relief as people stay at home to keep themselves and others healthy.

One example of a place where wildlife is enjoying their space is Hanauma Bay Marine Preserve, on Oahu.  This bay is a Marine Protected Area (MPA) and is one of the top tourist draws due to its calm clear waters, and incredible reefs and reef fish. 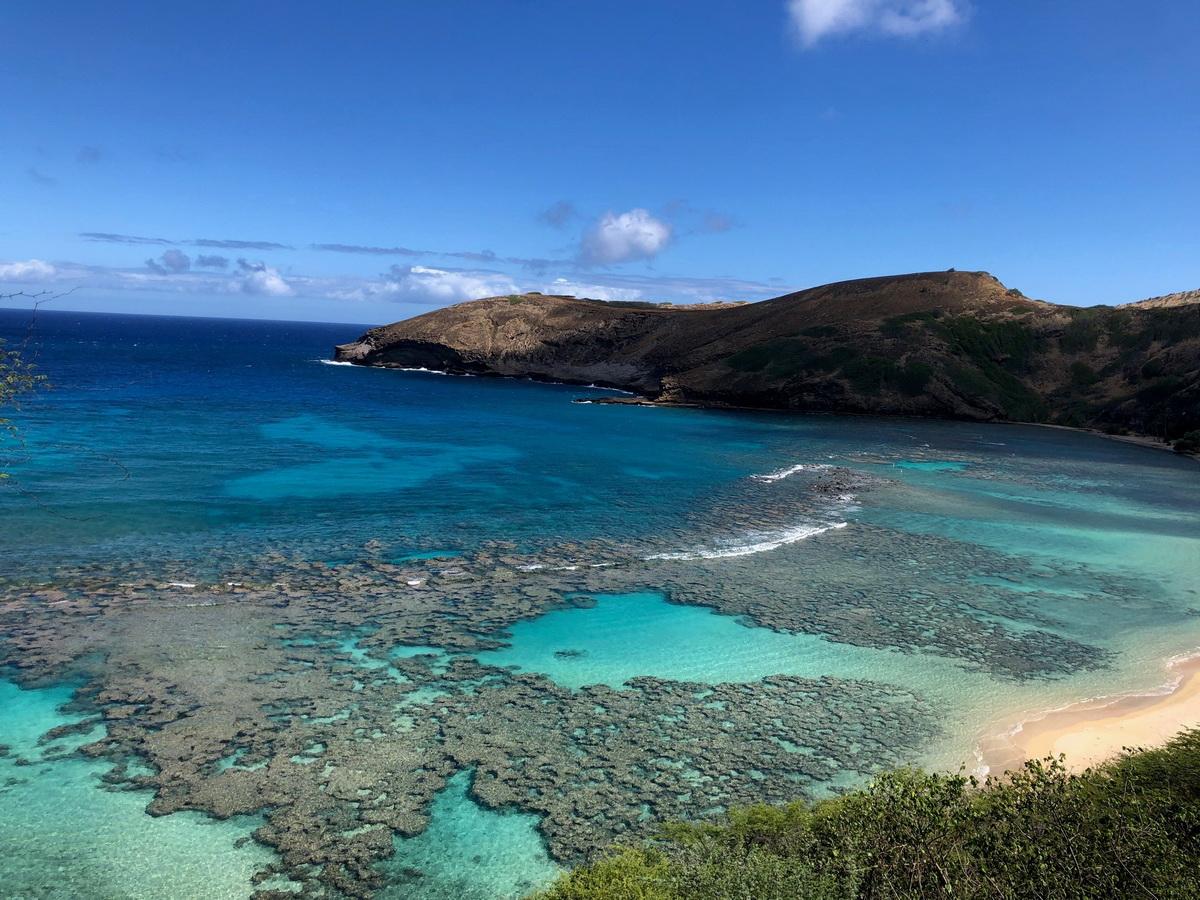 Before the COVID-19 pandemic, the marine preserve would get an average of 3,000 people per day, swimming, snorkeling, and scuba diving in it.  But the preserve has been shut down for months now in order to prevent the spread of the virus.

The fish and corals are absolutely loving it!  We all know intuitively that the marine creatures fare better in places where the human activities are limited, but the scientific proof takes time to quantify those observations.

The FOHB is a nonprofit organization that works with the Department of Parks and Recreation, which is the governmental agency tasked with promoting and protecting land-based and marine-based parks.

Here is a snippet from the FOHB website that states their objectives:

The Department of Parks and Recreation has recognized the Friends of Hanauma Bay as the official adopting agency for Hanauma Bay. In this capacity, it is responsible for annual clean-up events and special projects performed in collaboration with the Hanauma Bay Nature Preserve Manager.

Several ODA divers have been volunteering with FOHB for years, which has turned out to be very beneficial for the waters of Hanauma Bay.

Ken Staples and Glenn Roberts are two of those people. Lisa Bishop, president of FOHB, approached them with a plan to conduct citizen scientific studies, seeking to come up with some data that shows the effects that the lack of human intrusion into the Bay is having on the water quality, health of the corals, and how the fish are responding.

The FOHB, in collaboration with the ODA and others, have come up with some ideas that could reveal helpful results. They're doing a study to measure the water quality in the Bay and took water samples at several sites in June. They have also started to document the health and growth rates of coral heads. Big shoutouts to Anke Roberts for organizing the coral study project!

Ken and Glenn are active members of both ODA and FOHB, and they are joined on this project by two more dual members: Cindy Staples and Anke Roberts.

On July 7th, they donned their dive gear and visited several spots in the Bay to take pictures and measure some of the corals, with the hope of gleaning information about the health and growth rates.

They noted that the reef fish were not as skittish as before the marine preserve closed, and there were more of the fish.  A sure sign that the fish are relaxing a little more without the stress of being chased by 3,000 people a day.

While Ken, Cindy, Anke, and Glenn were getting ready to get in the water to start their dive, a curious monk seal swam within 20 feet of them.  What a wonderful sight that must have been!  Monk seals are critically endangered and are found only in the chain of the Hawaiian Islands.

To see one in its natural habitat is a rare occurrence, and on this day the seal felt so at home, he/she found a nice spot on the beach, plopped down, and laid there for over three hours.  You can see a short video that Anke shot of this rare sighting here:

In these photos, you can see the ODA-HI Dive Team carrying out the tasks for the study. 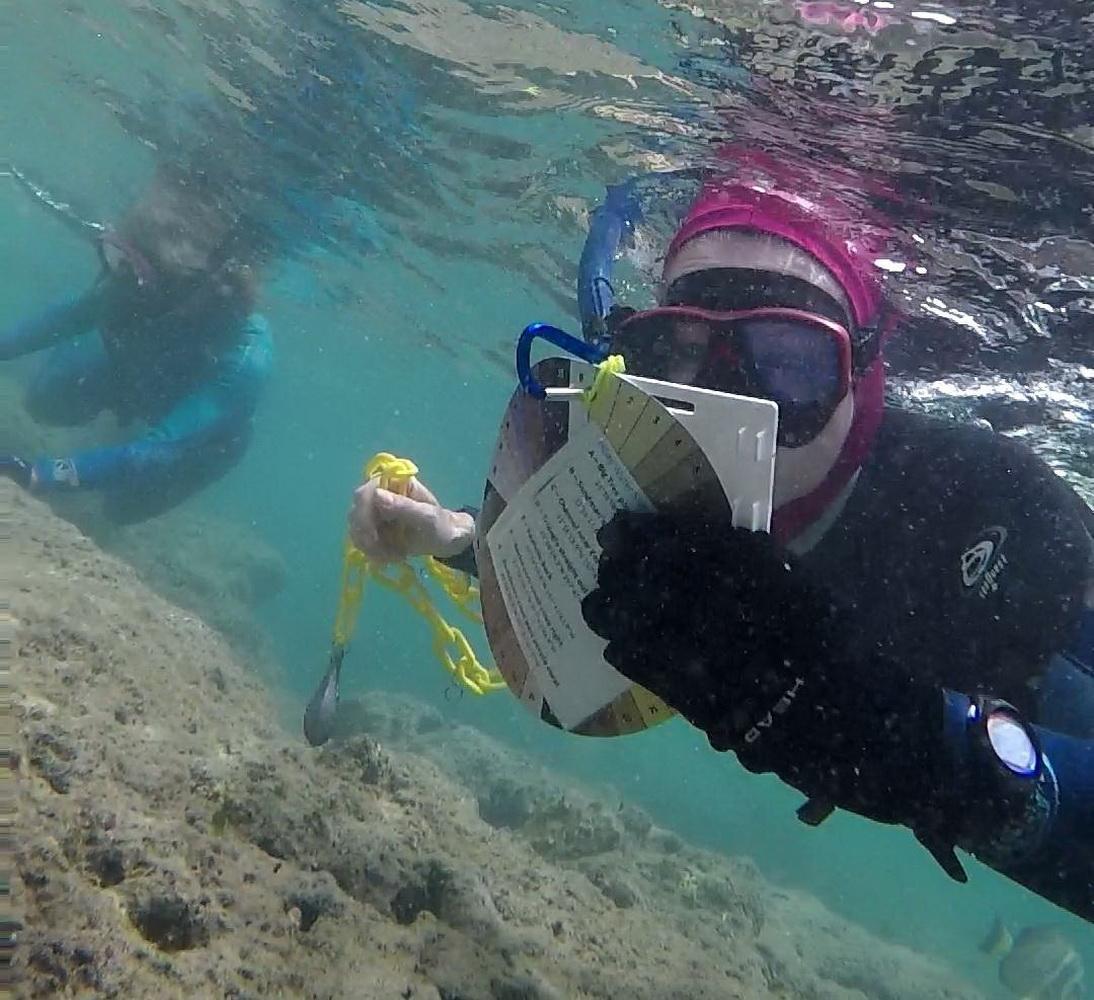 Be sure to look at the photo gallery below for a better look at these pictures and a lot more action shots!

Teaming Up for Success

Partnering with FOHB is a GREAT way for us to remove debris from this MPA and do some long-term studies on the health of the Bay.  It also gives us a chance to educate the public about how important it is to keep this man-made pollution out of the oceans in the first place. That said when debris is in the water, we need to remove it before it has a chance to impact the reefs and fish. 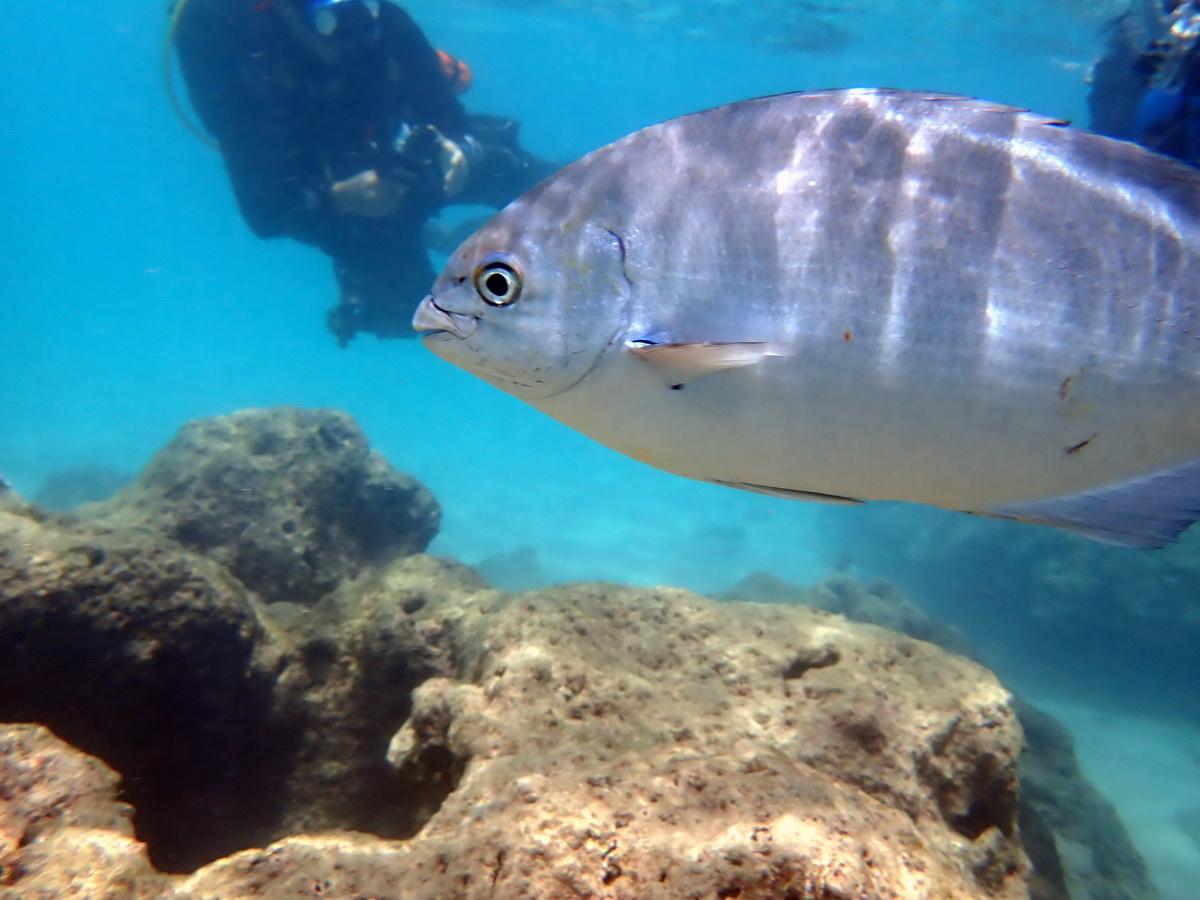 We recently learned of another victim of abandoned fishing gear continuing to kill.  Just two weeks ago, a monk seal washed up on the shores of Kauai, dead, with a fishing hook lodged in its throat. Tragic.

Back to Hanauma Bay: several ODA divers have already removed hundreds of pounds of plastics, fishing lines and nets out of the preserve.

We are absolutely thrilled to be able to work with the wonderful people at the Friends of Hanauma Bay.  Thank you, Lisa Bishop, for being open to this collaboration!  And Mahalo to Ken, Cindy, Glenn, and Anke for putting in all the effort to help keep Hawai’i free from this killer debris.

Do you want to be part of this good work? Great! From home, you can donate to keep it going or if you're on Oahu, please check out our volunteer page.