Rincon Island is a Trap for Traps

Since our last time out searching for abandoned lobster traps two weeks ago, we’ve had a really good run of calm seas and hardly any winds.  So, on Sunday morning, August 21st, eight of us headed up the coast from Oxnard to a site where we’ve seen traps set around a man-made island. 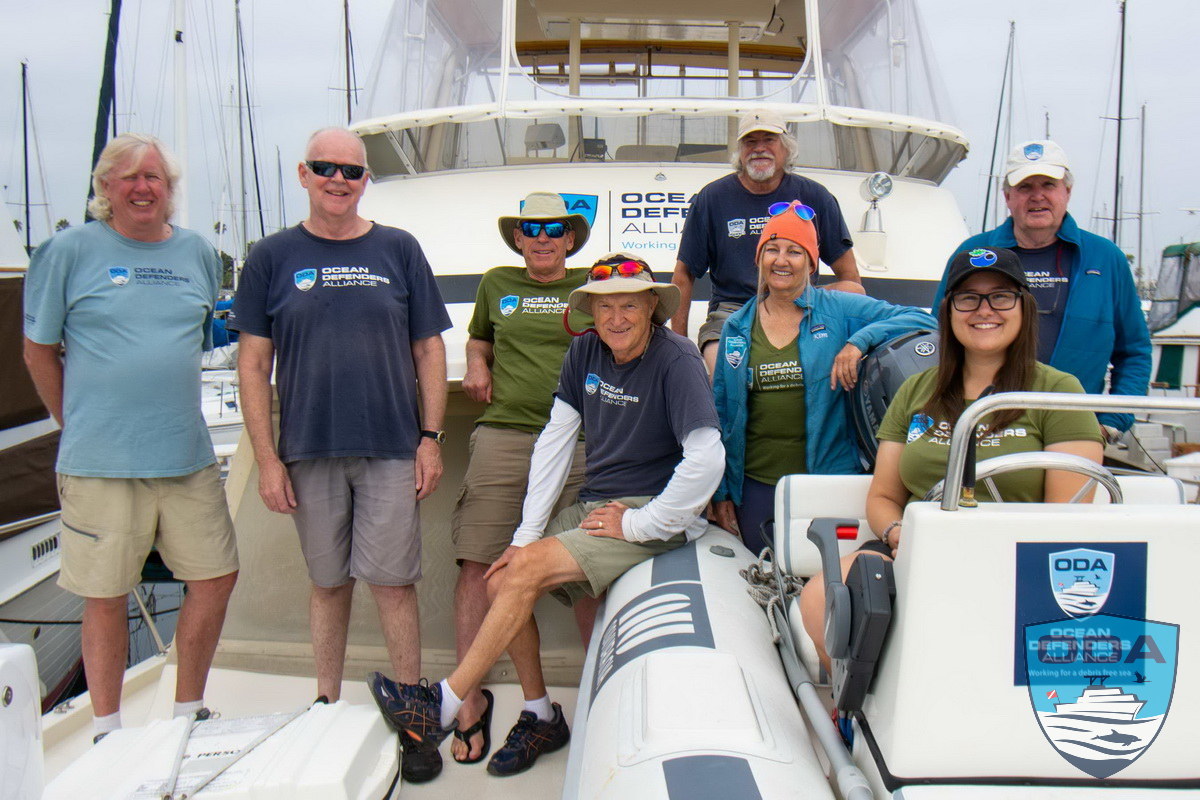 On our way out of the Channel Islands Harbor we were excited to see a huge pile of sea lions sunning on a sandy area right inside the harbor.  A good omen we felt. 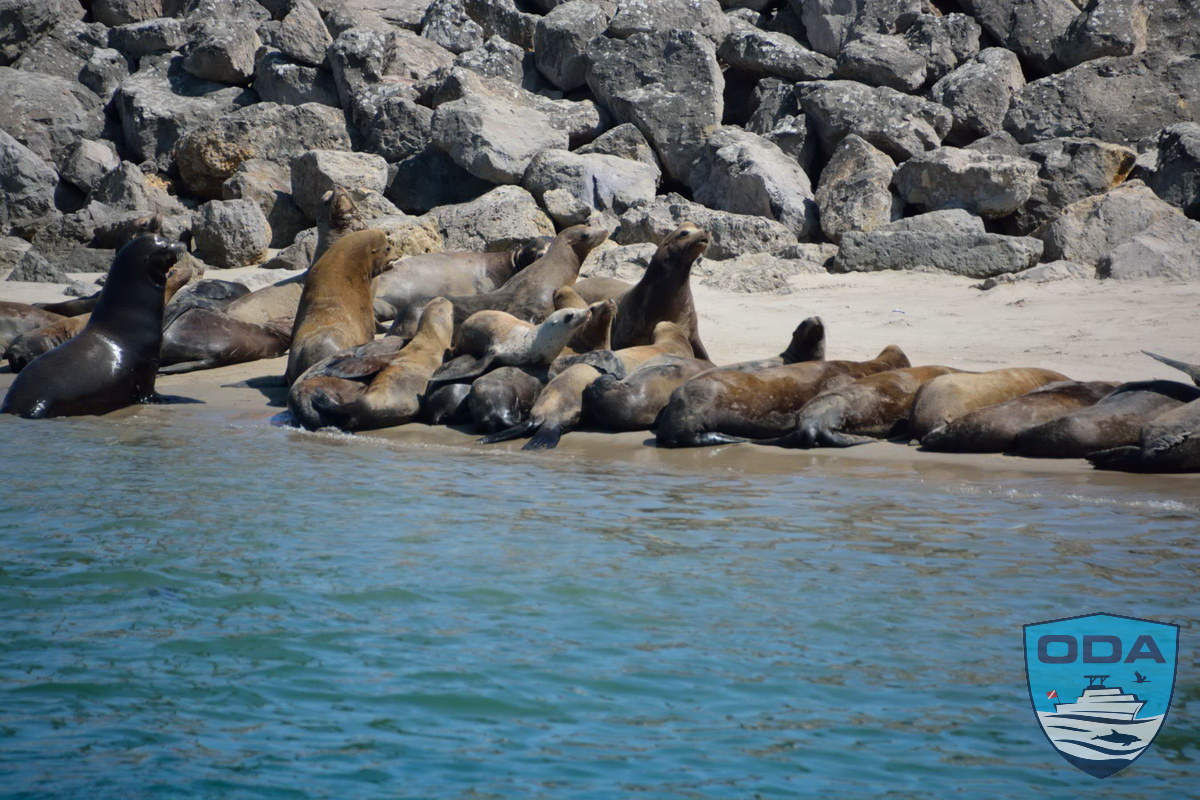 Man-made Island is a Trap Collector

The site is called Rincon Island, and it’s an old facility that had 50 operating oil wells on it.  It was decommissioned in 2020 and all the wells were plugged.  The state of California is in the process of deciding what to do with the island. 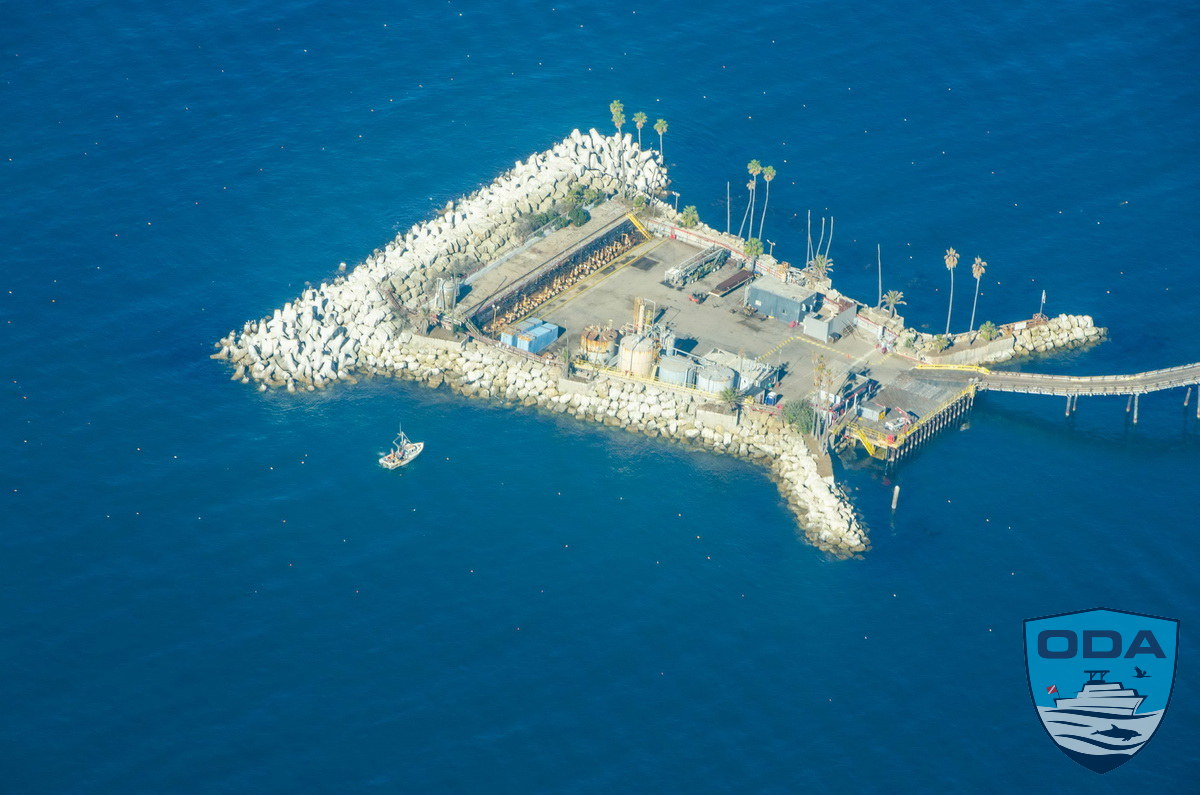 In the meantime, there are plenty of places for lobsters, crabs, and octopus to hide in the rocky structure.  The pelicans and cormorants use the topside as resting places.

We’ve removed traps around the island in past years, and thought we’d see if any more have accumulated since our last visit in 2021.

When we got to the site, we anchored in 50 feet of water and the seas were absolutely flat.  In fact, the entire ride up, and it was 16 miles, we felt nary a bump. 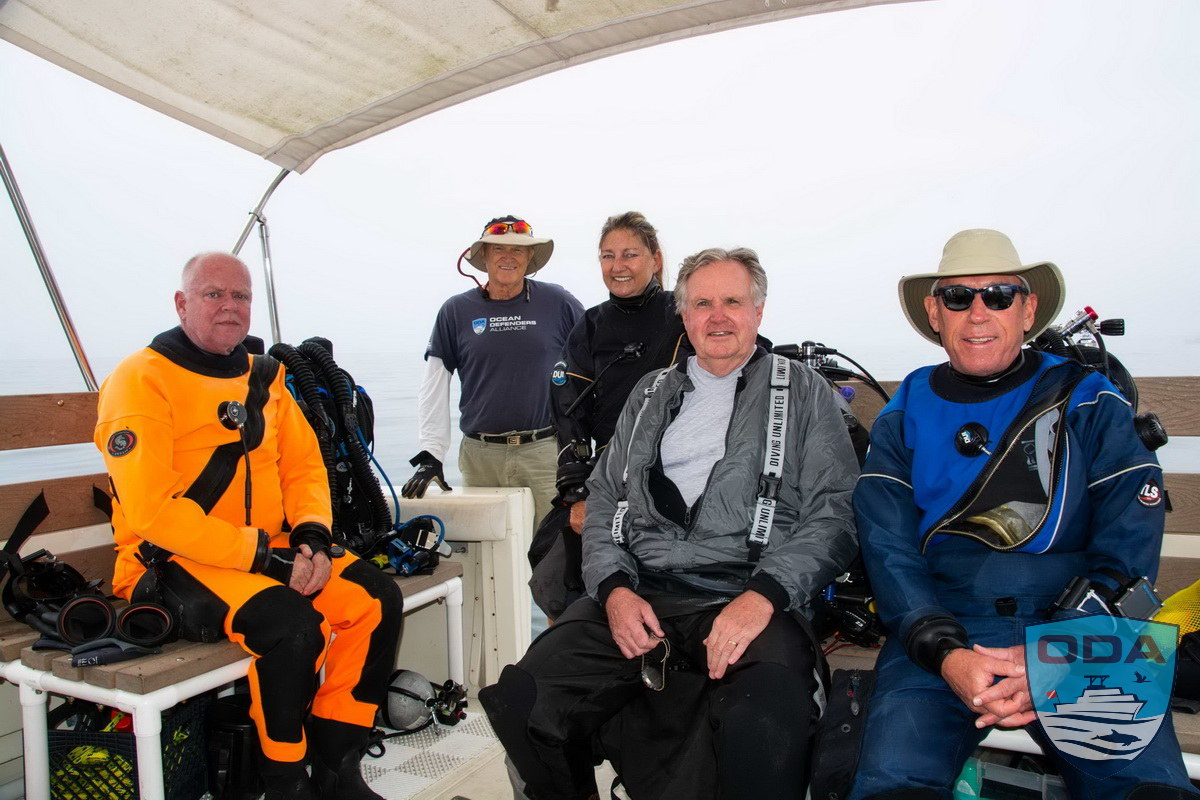 Kim and Mike jumped in first, grabbed their scooters, and made a bee-line for the island.  The water was really murky at the surface, and we hoped that the underwater visibility (UW vis) would improve as they got deeper. 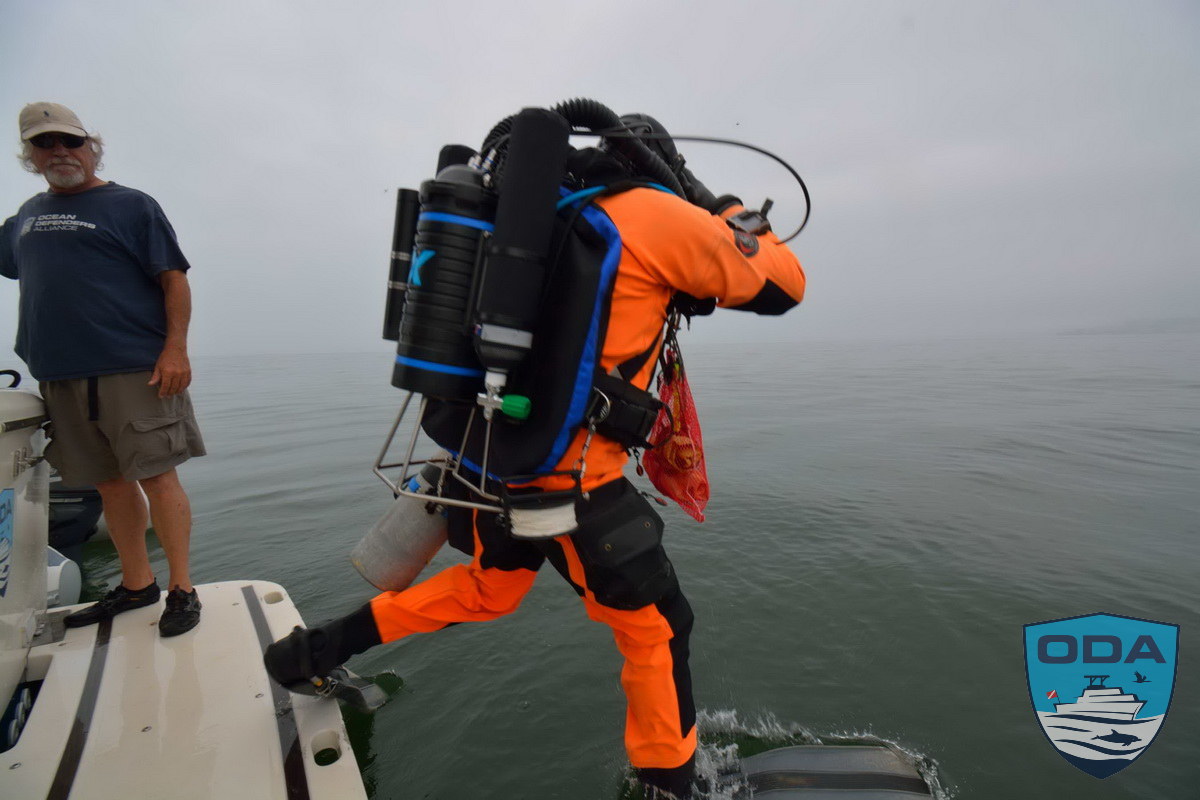 Al and Geoff followed them a few minutes later and went the opposite way around the island.  The structure is only 2.5 acres, so it would be easy to circumnavigate the entire island on one dive using the scooters, under good conditions.

For a long time, we didn’t see any lift bags coming up, so we thought they weren’t finding anything. Then we finally saw one!  Jeff and Abigail motored over in the RIB, nabbed the lift bag, and dragged it over to Dave and me onboard our vessel Mr. Barker’s LegaSea. 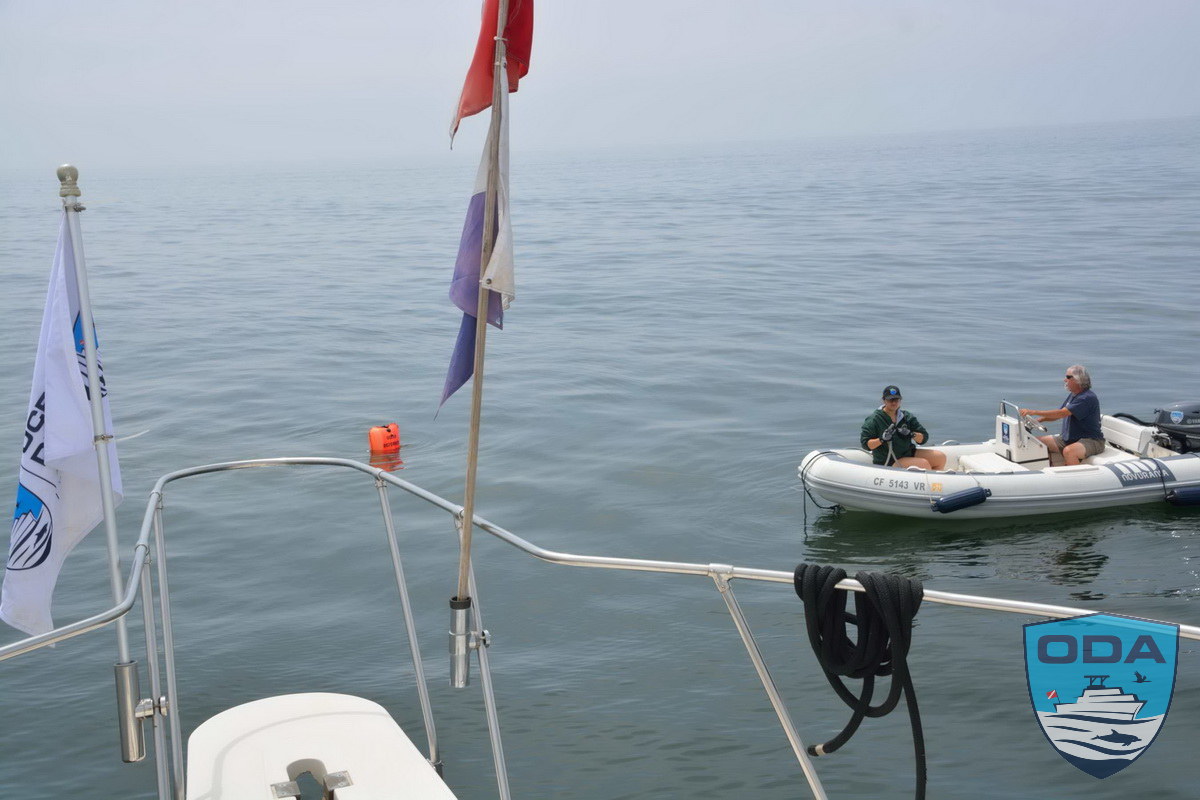 Jeff and Abigail were really struggling trying to hook up the davit line to the trap because it was so heavy.  But eventually they were successful, and Dave hauled it onto the front deck. 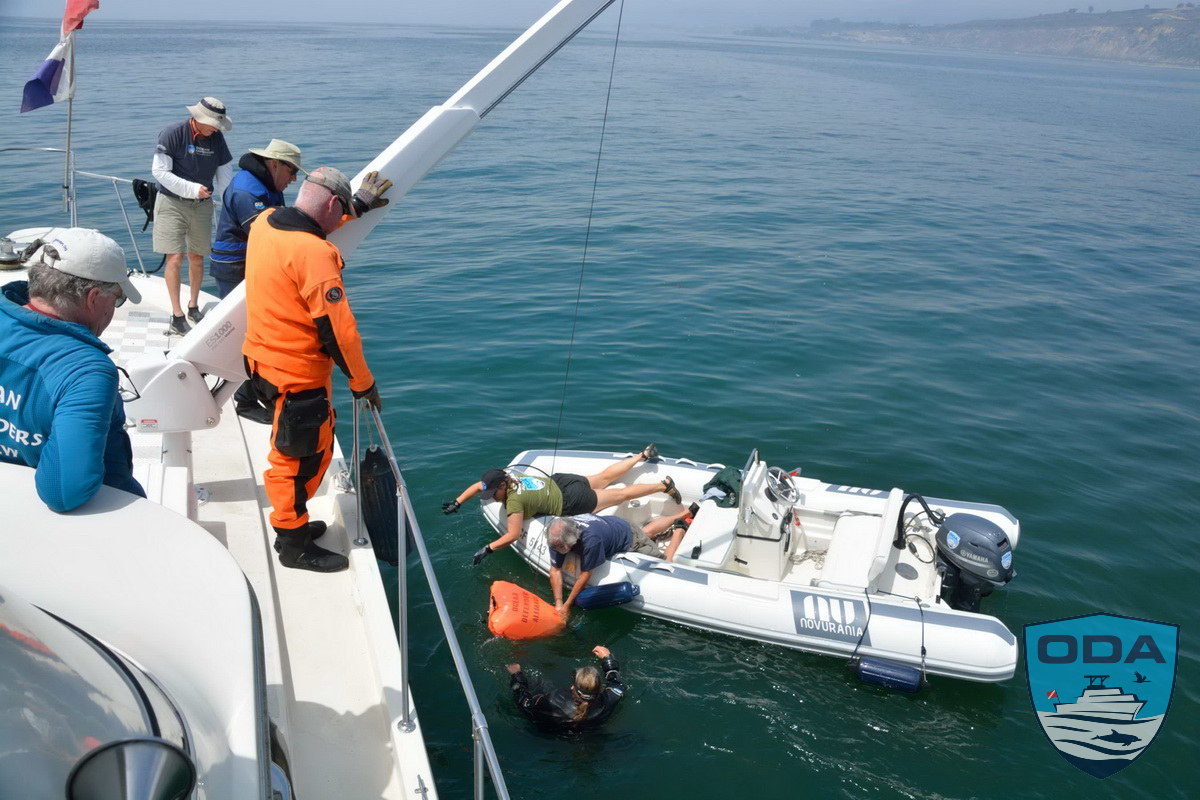 We Got Our Answer About UW Vis

By this time, we saw three divers surface together and make their way towards the LegaSea.  Three divers, you ask?  Yes, one of the dive teams became separated.

When they got back aboard, we heard about the conditions.  Mike said he could hardly make any headway because the vis was so bad that he kept on running into things…You can see from this photo, which was taken just after their entry, that it was going to be murky!

Turns out that he and Kim lost each other, and even though he could hear her scooter nearby, he couldn’t find her.  A few minutes later Kim surfaced and headed to the boat.

Then she told us that she had sent two other traps to the surface, and that Mike had sent one as well.  We just couldn't see them because they were on the far side of the island.  Then Jeff and Abigail went to retrieve them with the RIB. 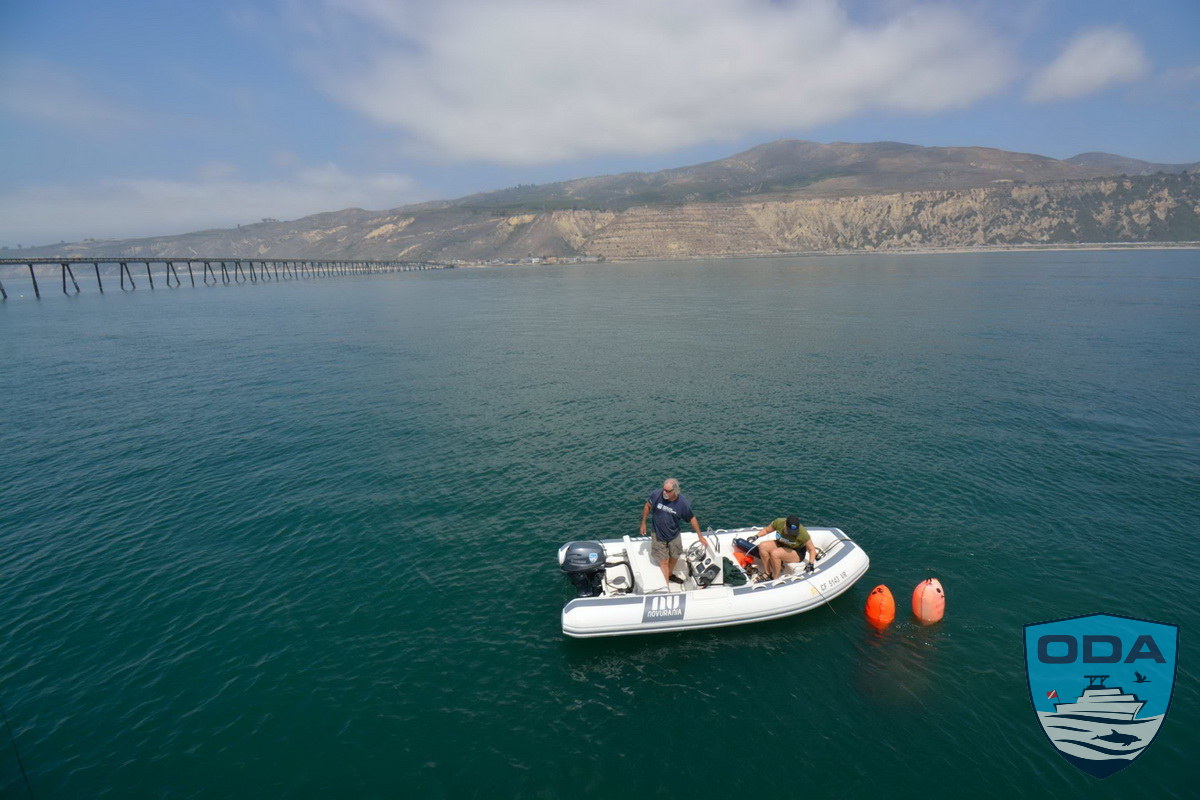 Once the RIB crew towed the traps back to the boat, we used the davit (crane) to hoist them up to the deck. Be sure to look at the photo gallery below for a full series of photos showing the entire removal process! 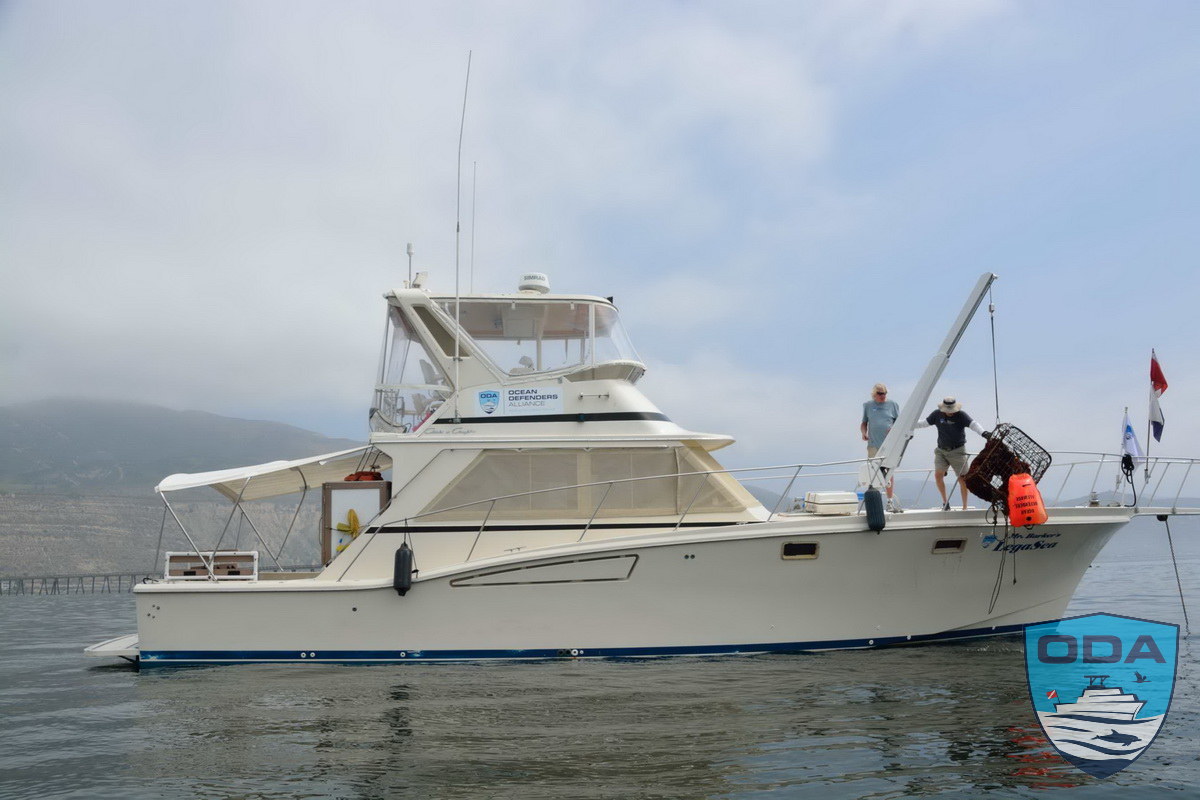 After we got all the traps onboard, we discussed whether we should do another dive here. Unfortunately, due to the vis being so low at 3-5 feet, it was decided to call it a day.  Besides, there was much more room on the deck for any more traps…! 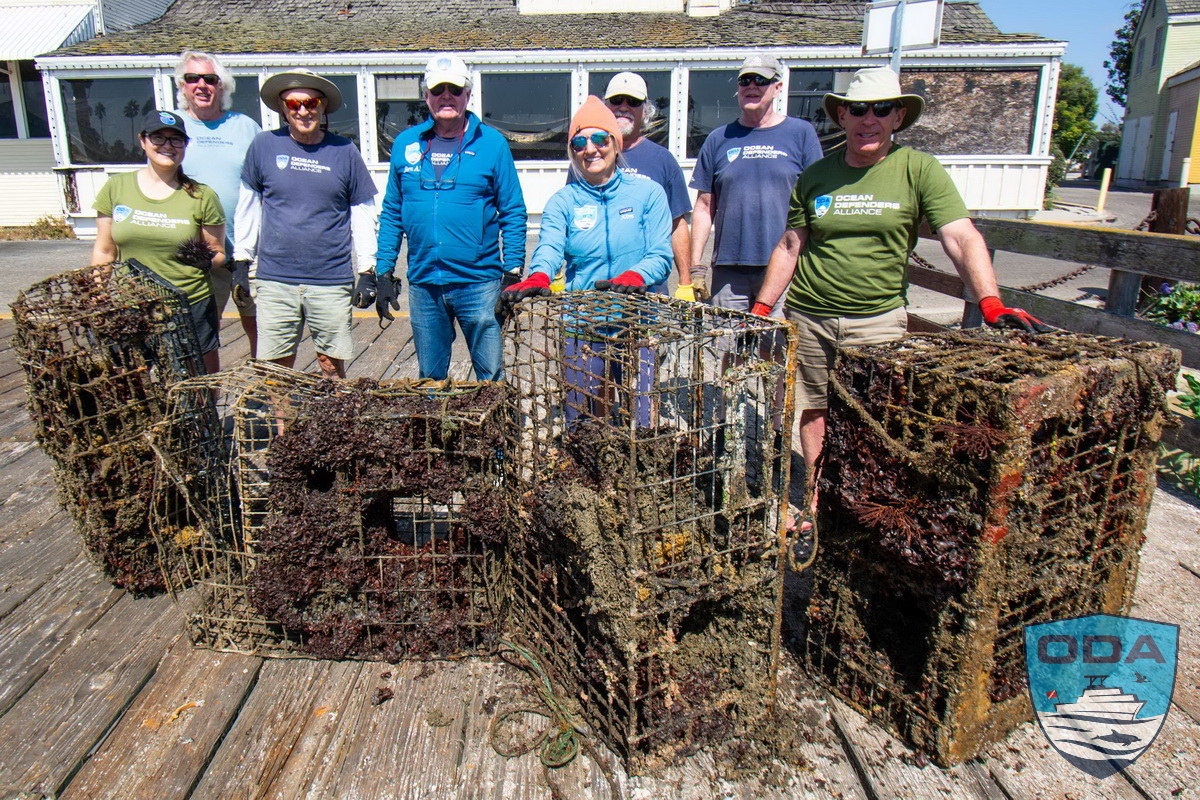 Kim said that she saw at least eight more traps, even with that horrible visibility.  You can rest assured, we’ll be back as soon as conditions allow!

If you want to make sure our boat can come out to sites like this and remove deadly abandoned fishing gear, please do give a gift for clean oceans today!