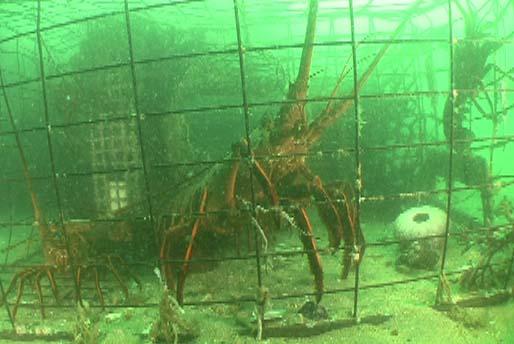 One of ODA's intrepid underwater explorers has been at it again!

While searching for more marine life to shoot, with his video camera, Walter Marti stumbled upon a huge pile of abandoned lobster and crab traps.

We consider this a "treasure trove" because the more traps we can find and remove, the better! The fishermen who originally set them have since lost them or left them behind, but the traps continue to indiscriminately kill marine life.

As soon as Walter returned home, he called me to tell me about this heap of marine debris.

I quickly contacted several of our regular volunteers and even more new ones, to get into action before any more animals die in these derelict traps, AND before the storms roll in. 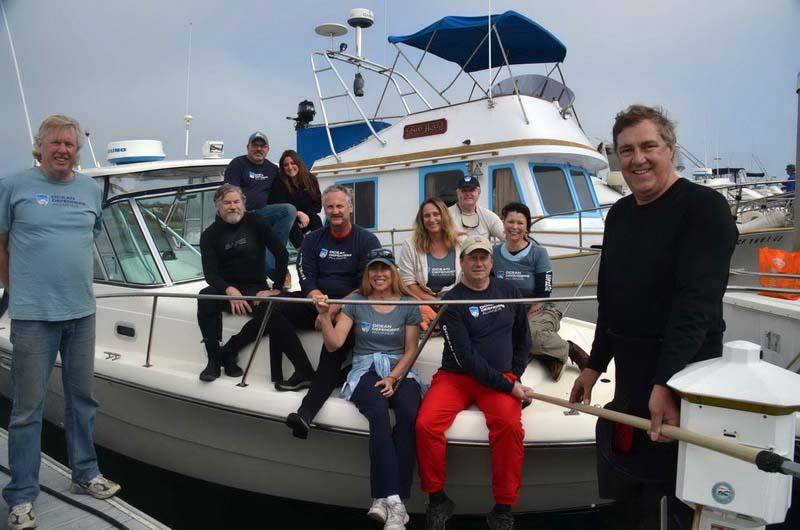 Our boat the Clearwater is currently berthed in Oxnard which is about 100 miles away from our intended dive site.  So I called a couple of people who had previously offered to take ODA divers out on their boat if we needed some work done in Orange County.  Much to my delight, Dean Gomersall and Phillip Meilbeck, didn't hesitate to say re-affirm their willingness to enlist their boats into service.

Many of you already know Dean, not from ODA, but from the documentary Blackfish.  He was one of the ex-Sea World trainers who "saw the light" and talked about how cruel it is to keep whales and dolphins in captivity.  It was an honor to have him join us!

Our ODA volunteer Dive Crew:  Al Laubenstein, Jeff Connor, and Bob Walls agreed to don their wetsuits and tanks to locate and remove the traps.  Walter jumped in and did the underwater filming.  For the deck crew we had: Tanya Forrest, Bill Maley, Julia Ransom, Prascilla Salazar, and Silke Turner.

We all boarded Dean's boat on Sunday morning, February 23rd.  Then headed out to the dive site, just off the coast of Huntington Harbor, where Phillip met us with his boat.  Because Walter had found so many traps, he estimated there were at least a dozen; I felt we'd need two boats to store all the traps and crew.

We had excellent surface waters and the dive conditions were favorable, too.  Al, Jeff, Bob, and Walter headed down and had no problem finding several traps immediately.  Walter shot video while the others went to work releasing the animals that were caught in them and then attaching the lift bags to send them to the surface.

In all, we removed five traps, freed one sheep crab, and eight lobsters!  It was a great way to spend the day, and the entire crew had smiles on their faces all day.

Ocean Defenders Who Save Lives

This was the first time coming out with ODA for Dean, Phillip, Tanya, Julia, and Priscilla, but from their reactions and words I can tell this will not be their last time.  ODA thanks you all so much for doing the heavy lifting that is required to remove these traps, (each one weighs between 75-100 lbs), and for cleaning up the mess that gets left behind by the traps. 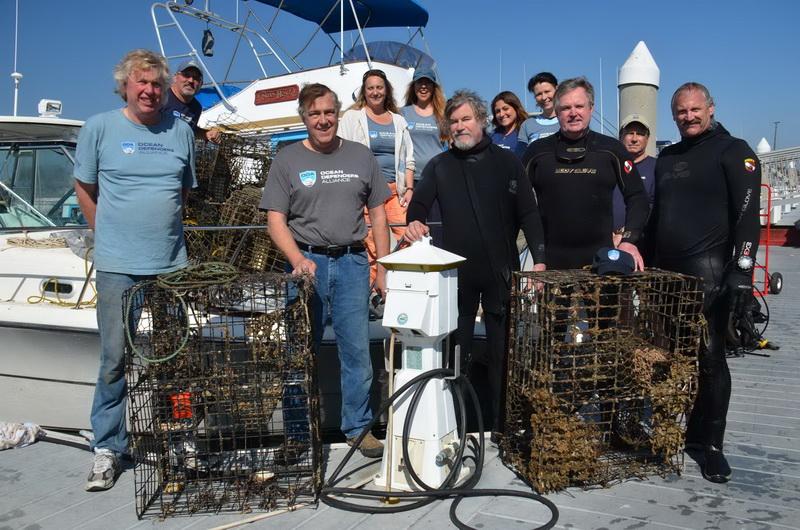 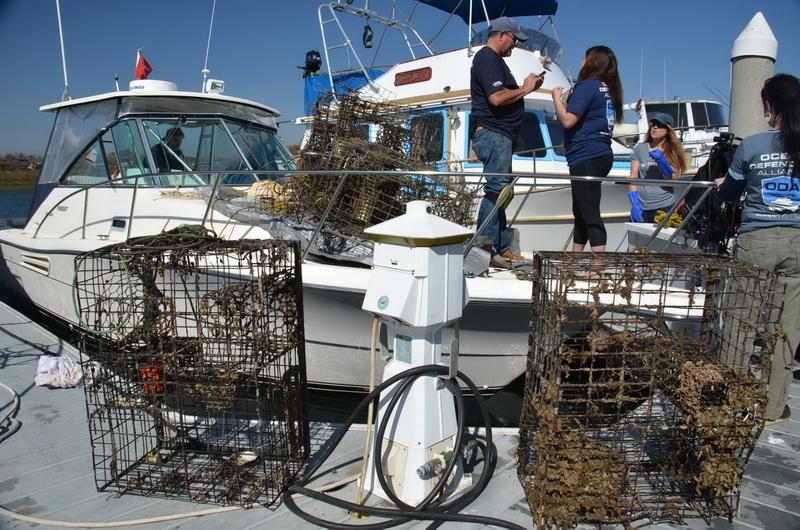 Even though we didn't find all the traps that Walter had seen before, we will return and find that mother lode!  Even Al said at the end of the day, THAT WAS FUN!  And you can bet those lobsters are celebrating, too!

Please browse through ALL the pics we took on this awesome day!

(Click on any picture to enlarge and start slide show)