After your ODA team successfully removed massive amounts of marine debris that was littering Huntington Harbor, I put out a call for more volunteers to see what else we could remove! 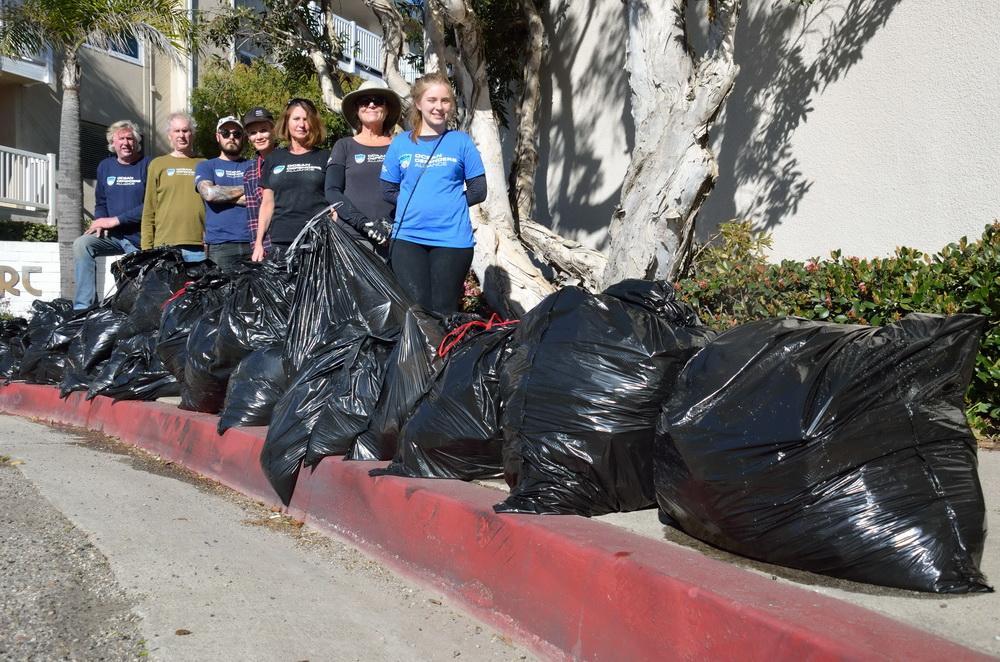 To prepare for our outing, the day before on Saturday, February 5th, I motored around the harbor in one of our boats searching for an accessible area in which our dedicated volunteers could safely work.

As you recall, we removed over half a ton of debris (!!) from one of the marina’s in this harbor last weekend. Unfortunately: Because of the currents, you could clean an area and come back 10 minutes later to find it just as bad as before!  TONS of plastic to remove—but the ocean critters are worth the sweat and grime.

So, I scouted that same area on Saturday thinking I would find the mess still there…it wasn’t. The tides and currents had moved it elsewhere. I spent two hours motoring around the harbor trying to find out where this floating plastic/garbage patch was.

I never found it, which probably means it is now on the open ocean (sigh).

However, I did find an area of shoreline that was packed with plastics and other debris. It was directly across the water from a wetlands area called Seal Beach National Wildlife Refuge. 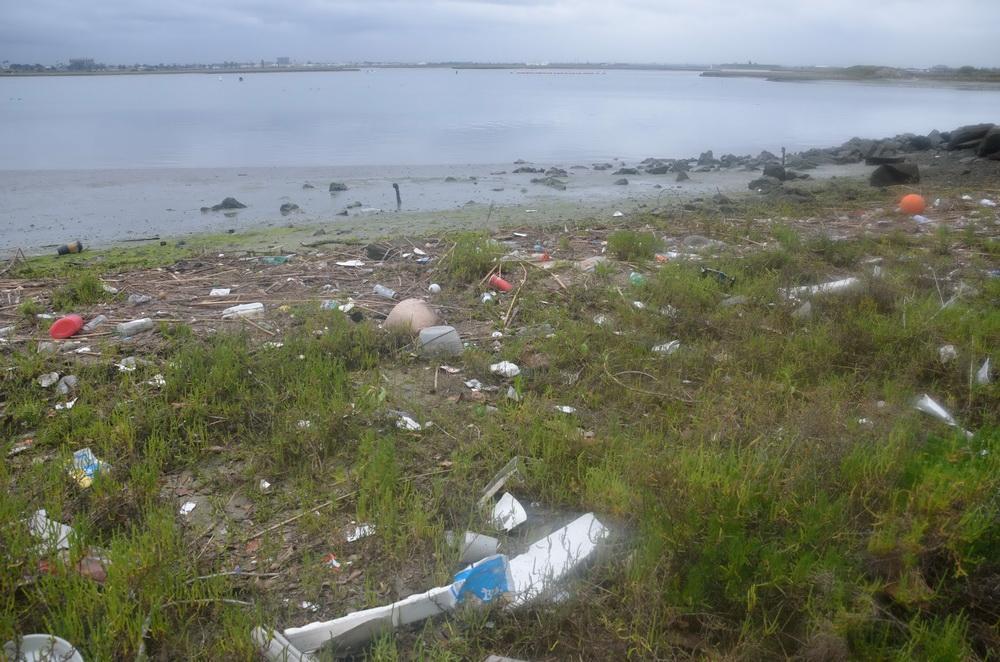 This is a vast and vital stopover area for migrating birds and provides important natural hatchery habitat for young fish. The last thing these animals need is plastic in their habitat. Several of the bird species I saw there--like surf scooters and buffleheads--are on their annual migration from Alaska to Mexico and South America.

We decided to work on that area and do our best to prevent any more of that debris from entering their habitat.

On Sunday, February 5th, several people decided that this was more important than some silly televised sporting event. ;) These fabulous folks grabbed their gloves and met me at this site, which is right along the famed Pacific Coast Highway (PCH).

It was a difficult area to get into, but we improvised and used a ladder to get our crew into the site safely. 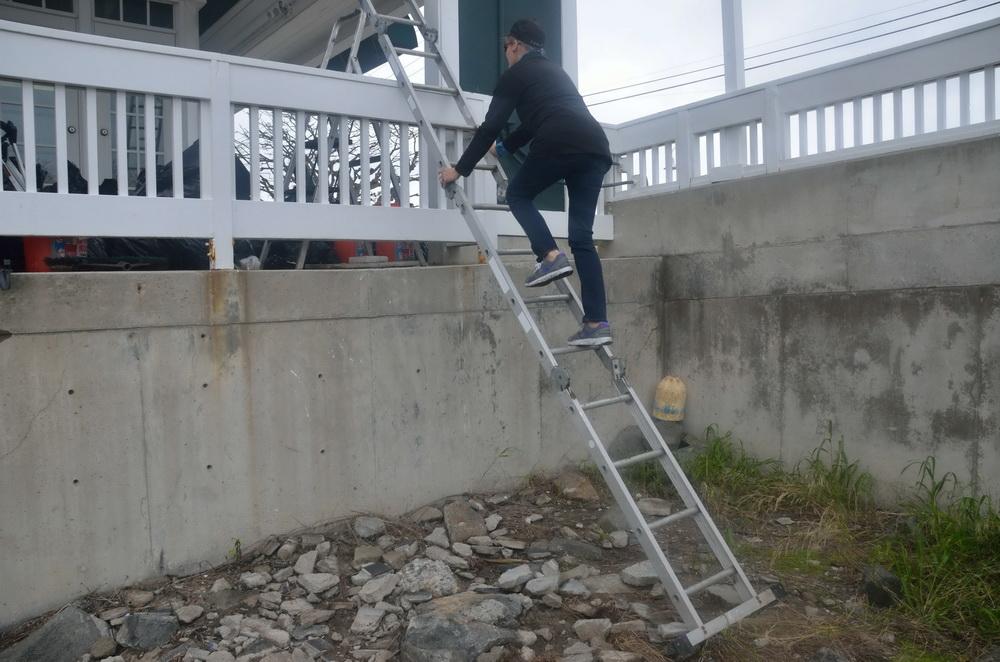 From what you could see in the parking lot, the high tide zone was awash in plastic bottles, spray cans, rubber balls, and the ubiquitous Styrofoam cups and plates. When we climbed down the ladder you were immediately hit by the fact that the entire shoreline was littered with thousands of small pieces of plastic. Stuff you couldn’t see from the parking lot.

Undaunted, we grabbed our “reach and grab” tools, gloves, and buckets and started from one end of the shore—headed toward the other. 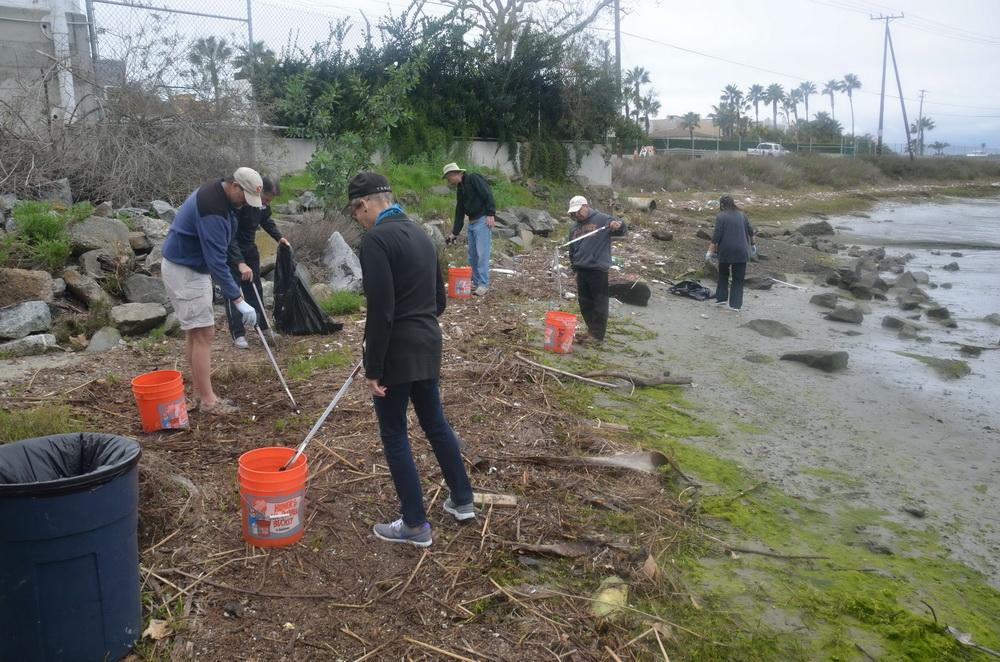 We started at 9am and called it quits around 1. While we did our best to remove all the plastic we could find, some of it was so small that we could have spent the entire time just cleaning a small area. So, we decided to get what we could using the grab tools. These things work great, and allow you to pick up small items like water bottle caps and straws, without having to bend over (and over, and over again). 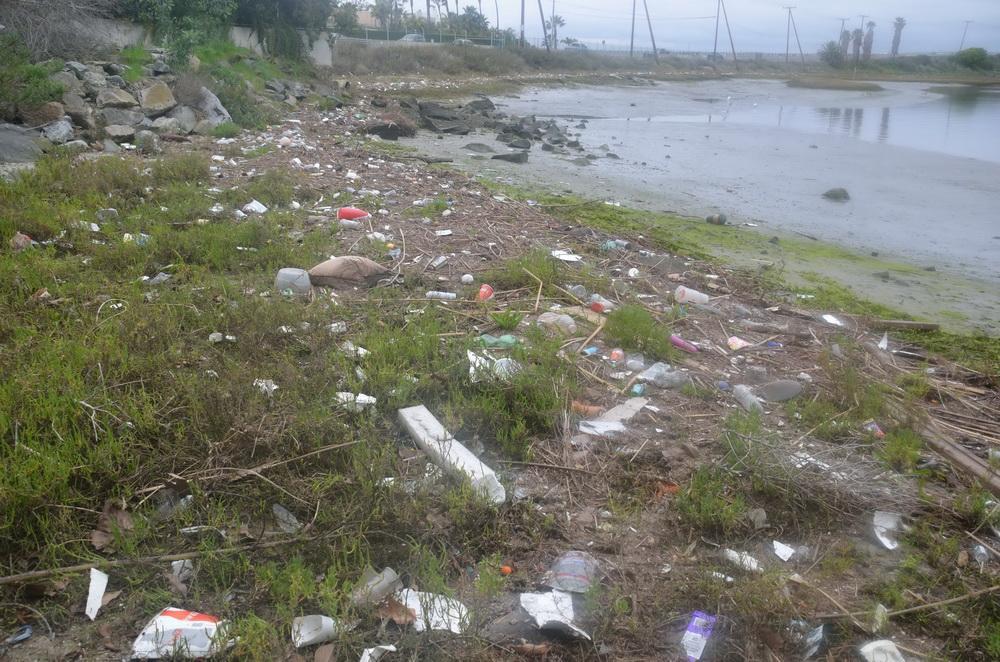 BEFORE: Dirty beach at start of ODA clean-up day 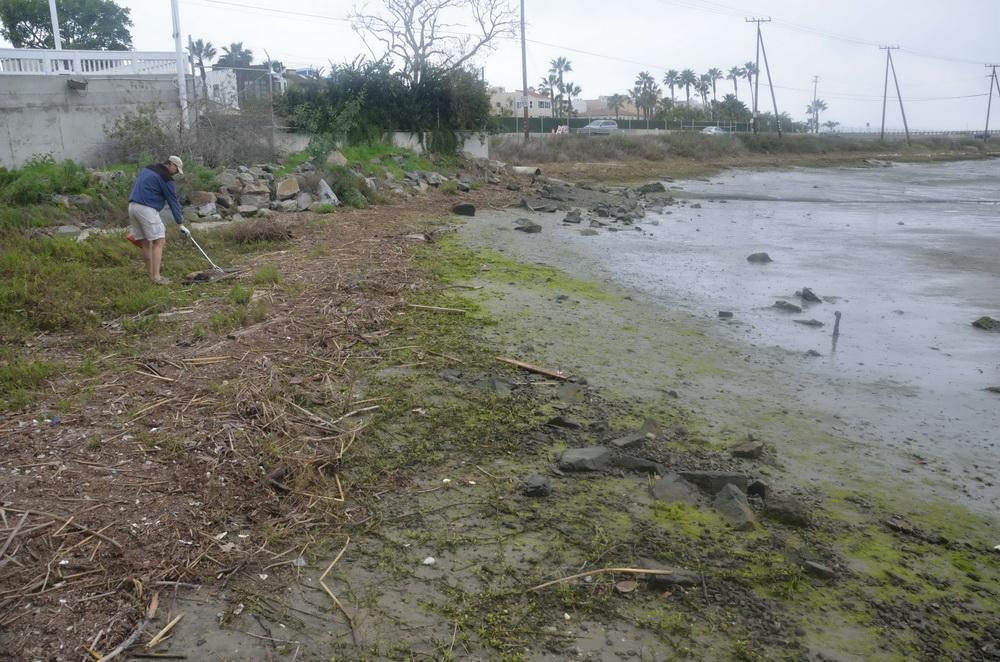 AFTER: A job well-done by the ODA Harbor Clean-up Crew

In all, we removed about 700 pounds of hazardous marine litter!

There is still a LOT more to do here, and with your help, we’ll be back next Sunday. Let me know if you are interested in helping to keep our wetlands, harbors, and beaches free from this man-made menace. 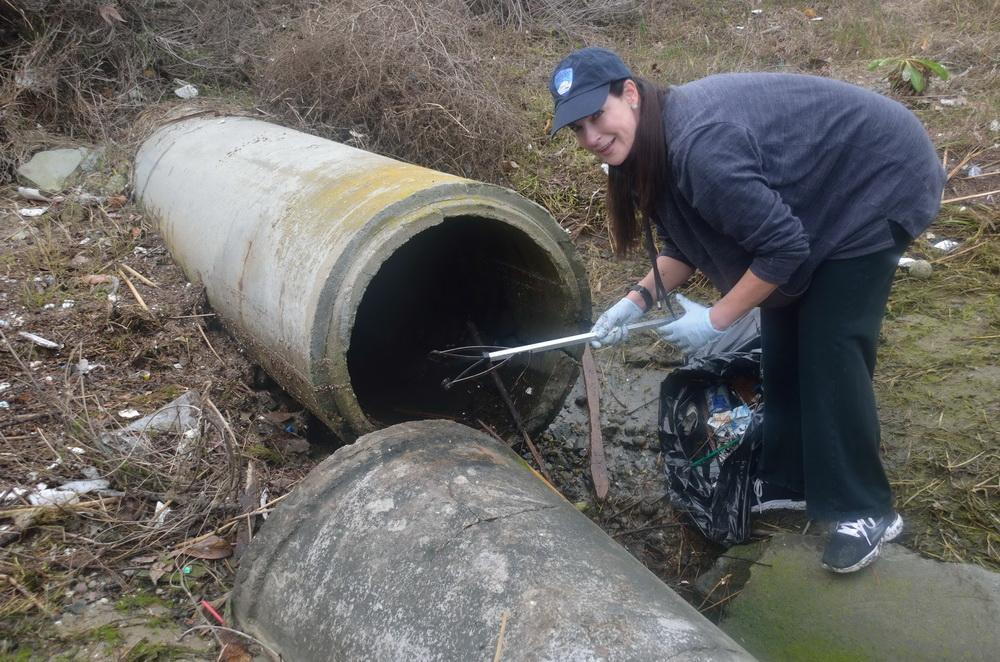 ODA volunteers like Cheryl McCarthey are happy to help the oceans
and are a joy to work with!

I read a few articles last week about two whales that died recently. One had 30 pounds of plastic bags in its stomach; she starved to death as a result of “single use” bags. Another one had swallowed a CD cover.  That single piece of plastic lacerated his stomach and he slowly bled to death.

Until humans stop treating our oceans like a trash dump, we Ocean Defenders need to do all we can through this Alliance to stop the carnage, even if it means getting wet and dirty, and removing this stuff by hand. Are YOU up for the task?

Please join us next Sunday. If you can’t, please help from a distance with your wallet!