While the COVID-19 pandemic has uprooted all of our lives in ways we could never conceive of, ODA volunteers are still doing all they can to keep marine debris from harming or killing our friends in the oceans.

The official opening day of the commercial lobster season was October 7th.  A few days later, October 10th, ODA volunteers Jeff Connor and Bob Walls were diving off the coast of Palos Verdes.  They saw four abandoned hoop nets.  These are legal traps that the recreational fishermen use to catch lobsters.

Sorry to say, but because they had their hands full just getting the hoop nets out, they didn’t have the ability to take a photo. To see what one of these contraptions look like, check out this underwater photo from several years ago of an ODA diver holding a hoop net: 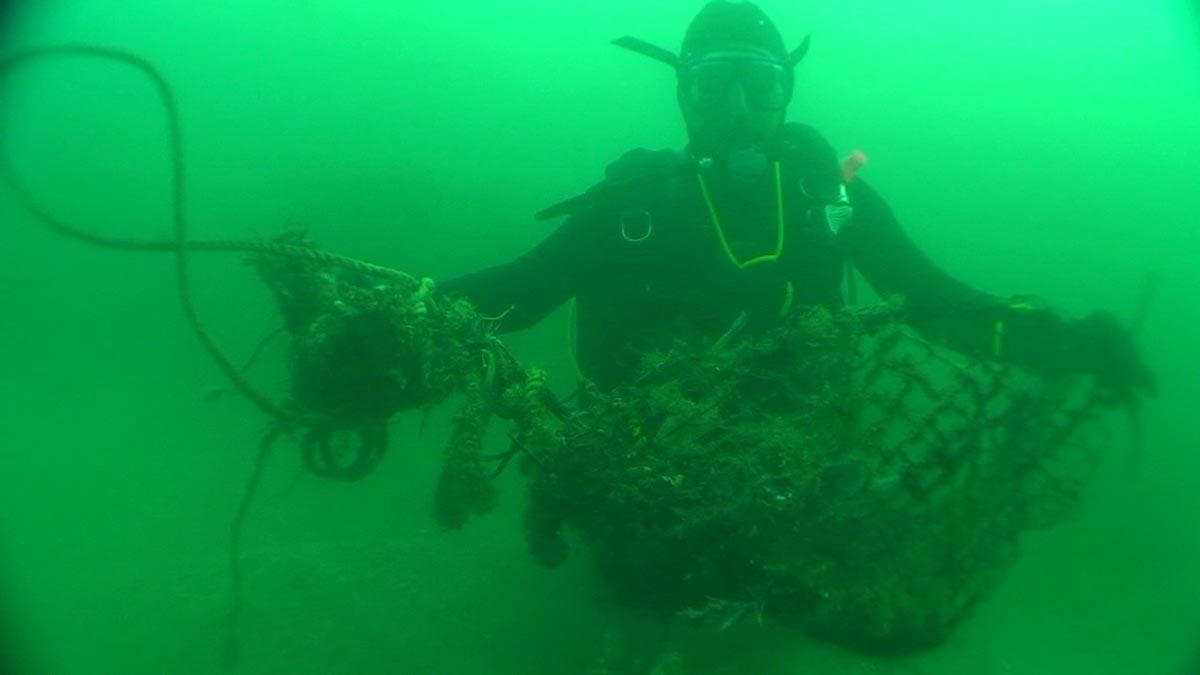 They also found a bag that was stuffed to the gills with “short” lobsters.  These are animals that are not large enough to be legally taken.  So most likely what happened is that the divers who had gathered all those lobsters got cold feet when they saw some wardens from the Department of Fish and Wildlife and dropped the bag before they got caught.  Jeff and Bob, of course, released all the live lobsters, about 20 of them.

They also hauled all four of the hoop nets out of the water.  No easy task when you are using just your fins for propulsion.  Then imagine how strenuous it would be to walk out of the ocean with all your dive gear on, and climb onto land with two of these bulky items in your hand…  I’m exhausted just writing about it!

After Jeff told me about it, I told him to take the ODA scooters with him the next time they find any more traps.  And one week later that is exactly what they did.  They went to a place called Malaga Cove, which is in Palos Verdes, and located and removed two more hoop nets as well as other fishing gear.  Nice going guys!

On Sunday, November 1st, ODA volunteers Kim Cardenas, Tom Weisel, and I grabbed our tools and headed to a site that we’ve cleaned up before. 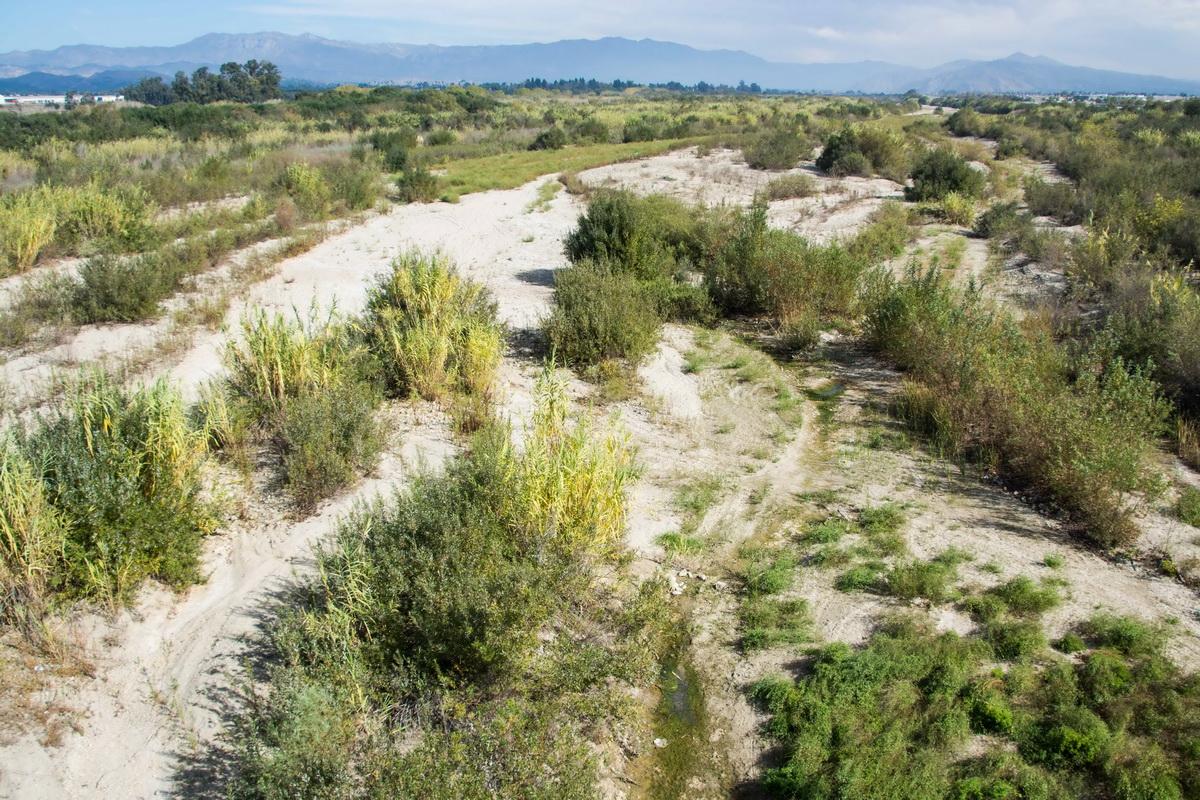 The Santa Clara Rivers runs from the mountains of Ojai through Ventura County, where it empties into the ocean.  Along its pathway there’s a bridge that goes over it.  This is the 101 Freeway.  The bridge has a pedestrian walkway that runs right alongside the freeway and collects a huge amount of plastic that is recklessly tossed out by passing cars, trucks, and bikers.

Be sure to check out the before and after photos with Kim in the photo gallery below!

The three of us spent two hours removing the plastics that would’ve eventually been blown into the riverbed.  At least all this garbage is now in a landfill and NOT headed for the ocean. 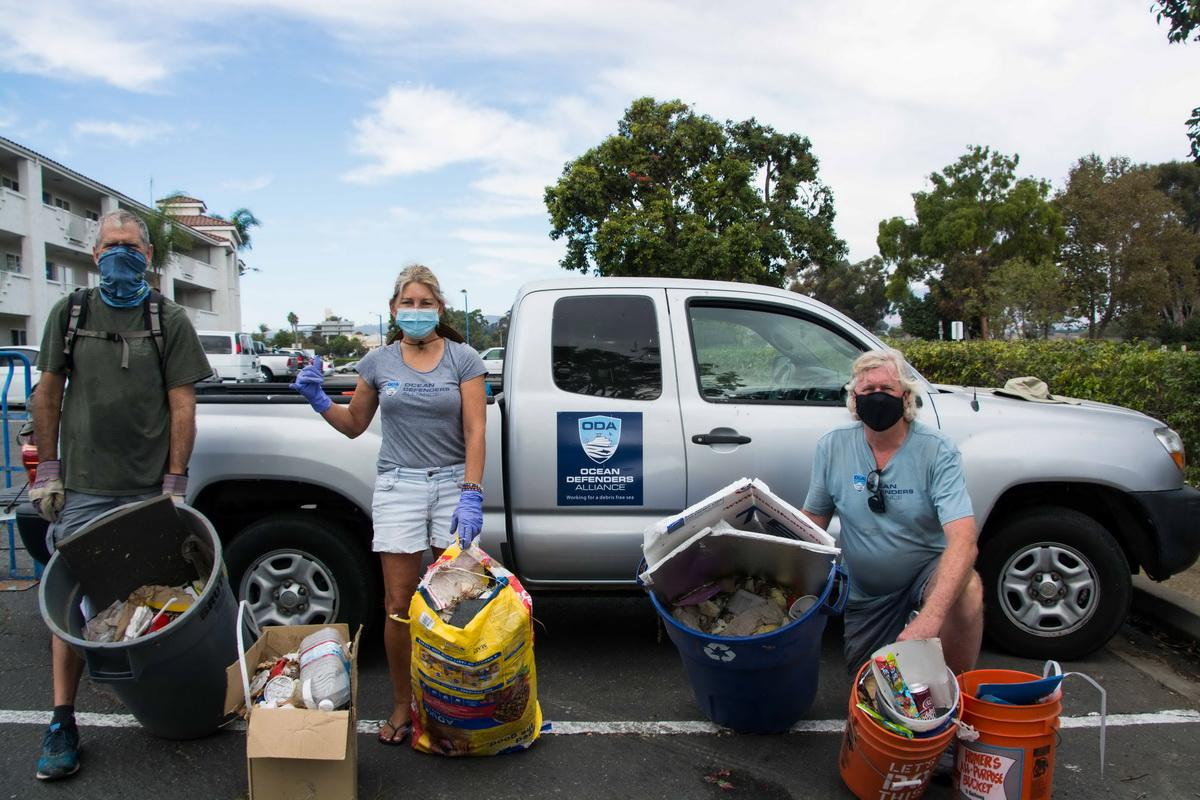 Fishing for lobsters in an MPA? 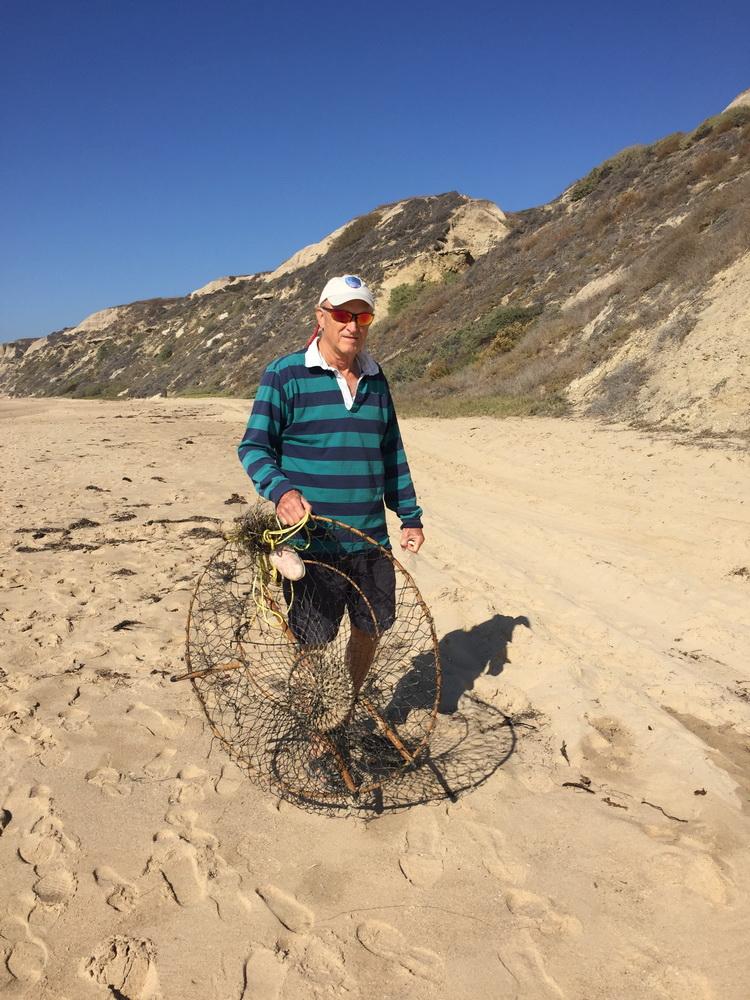 On Tuesday, November 10th, Dave Merrill and his wife, Jean, were taking a walk on the beach at Cristal Cove.  This is in Laguna Beach, and is designated as a Marine Protected Area (MPA).  They always bring a bag with them, knowing that there will be plenty of plastics to pick up on their walks.

At one point they saw a hoop net in the surf zone.  Apparently, some people don’t know the rules and were fishing in a NO-TAKE zone! They promptly got that out of the water and into the trash.  Thanks for taking such good care of our oceans, Dave and Jean!

All-in-all, our volunteers hauled out SEVEN hoop nets and picked up approximately three full garbage cans’ worth of trash.

Hope you all are coping with these very trying times.  But even while we do the best we can to keep social-distancing from others, there are still opportunities to get out there and make a difference.  Let us know what you are doing, send some pictures, and we’ll post them!

Please send your stories and pics to