While the battle with Covid rages on, a dedicated group of ODA Hawai’i divers jumped in the deep-end to continue our fight against marine debris.  We even had a real Marine in attendance, too!

Early in November, Glenn Roberts and Ray Goodrich (the real Marine) were diving in a tranquil spot on Oahu called Magic Island Lagoon.  It’s a snorkel and dive site, just minutes away from downtown Honolulu.  On their dive they spotted a LOT of debris in the water, with some of the debris literally covering some coral heads… 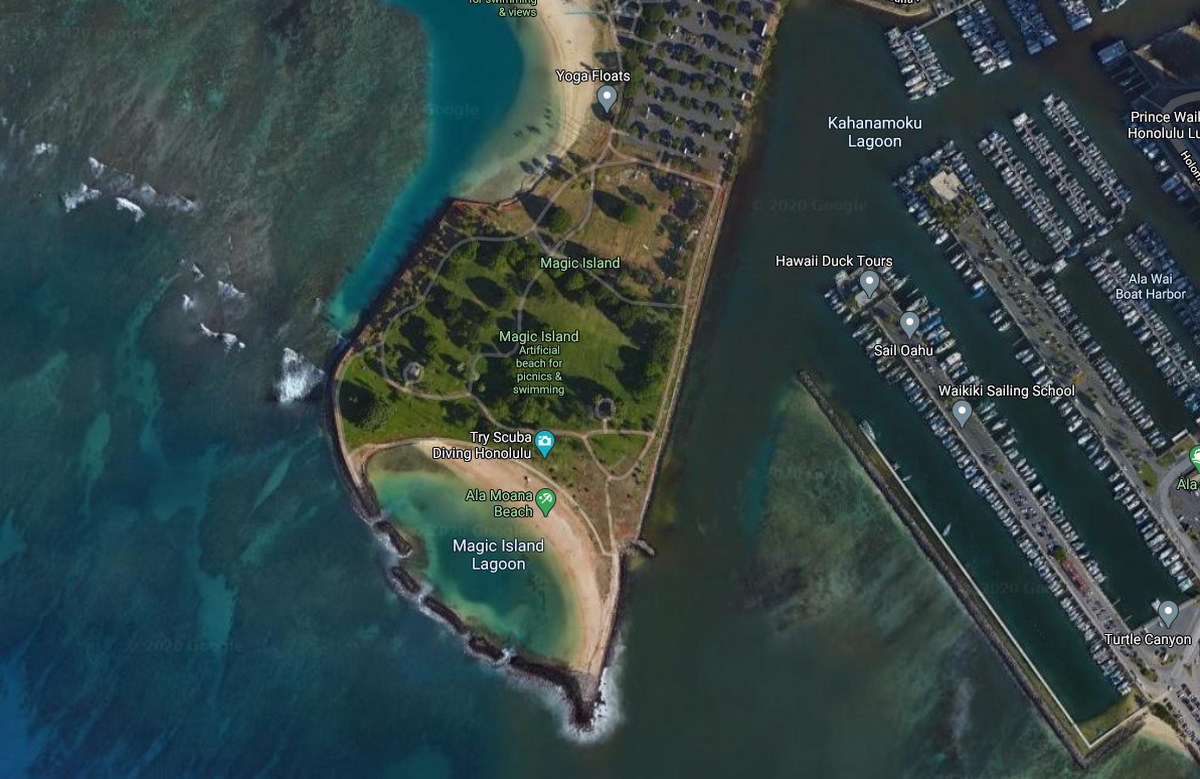 Glenn informed ODA-Hawai'i Volunteer Dive Team Coordinator & U/W Photographer Ken Staples about it and the two of them put together an ODA-HI dive team to go out on Saturday, November 28th, to locate and remove the debris. Ken did all the underwater photography except the photo of himself (!) and Dan got the image of the eel.

Knowing that there was a considerable amount of debris at the dive site, four people brought underwater dive scooters to help propel them through the water.  Once the divers filled a bag with debris, they would hand that bag off to one of the scooter divers who then hauled it to shore. 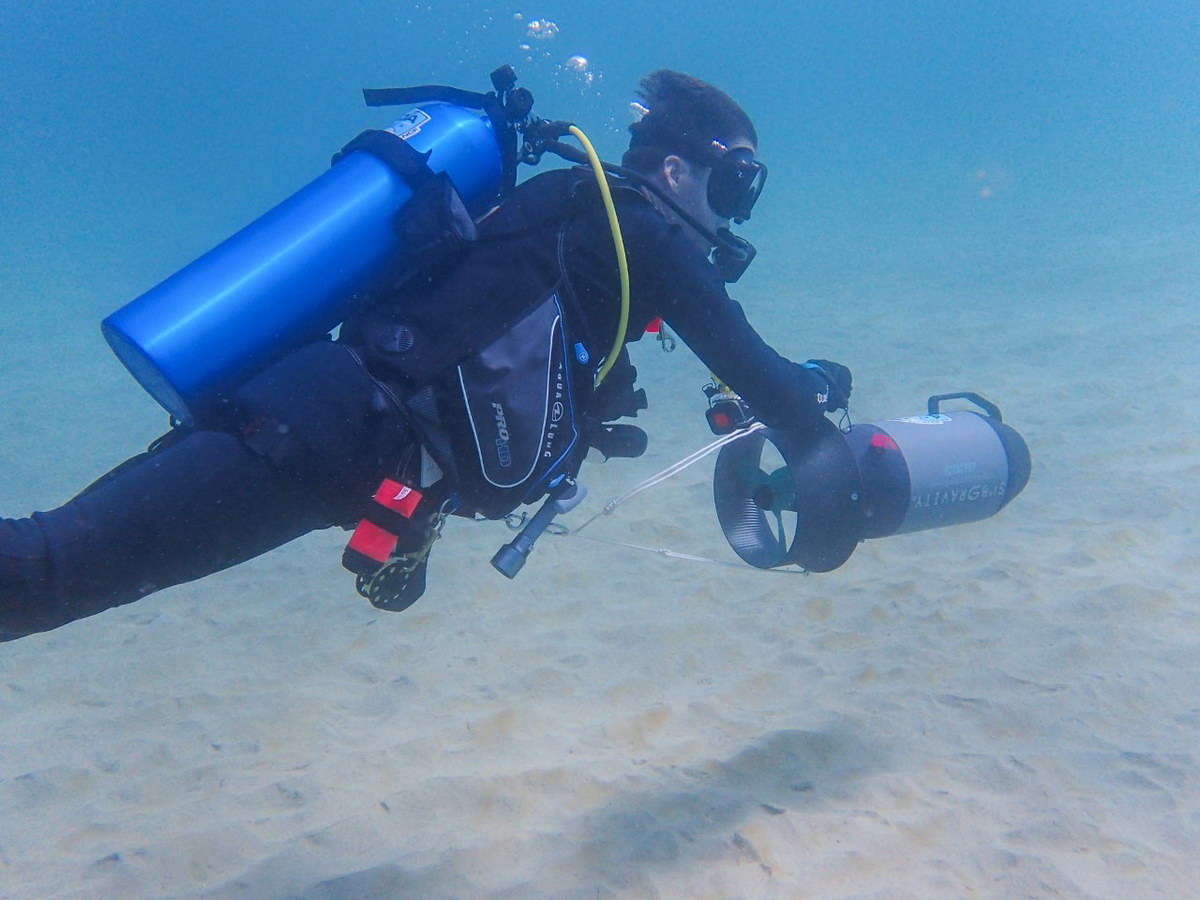 As you can see from these pictures, there was a LOT of debris to remove.  Everything from tarps, to plastic water bottles and glass bottles, to fishing lines and hooks. See more pictures below in our Photo Gallery! 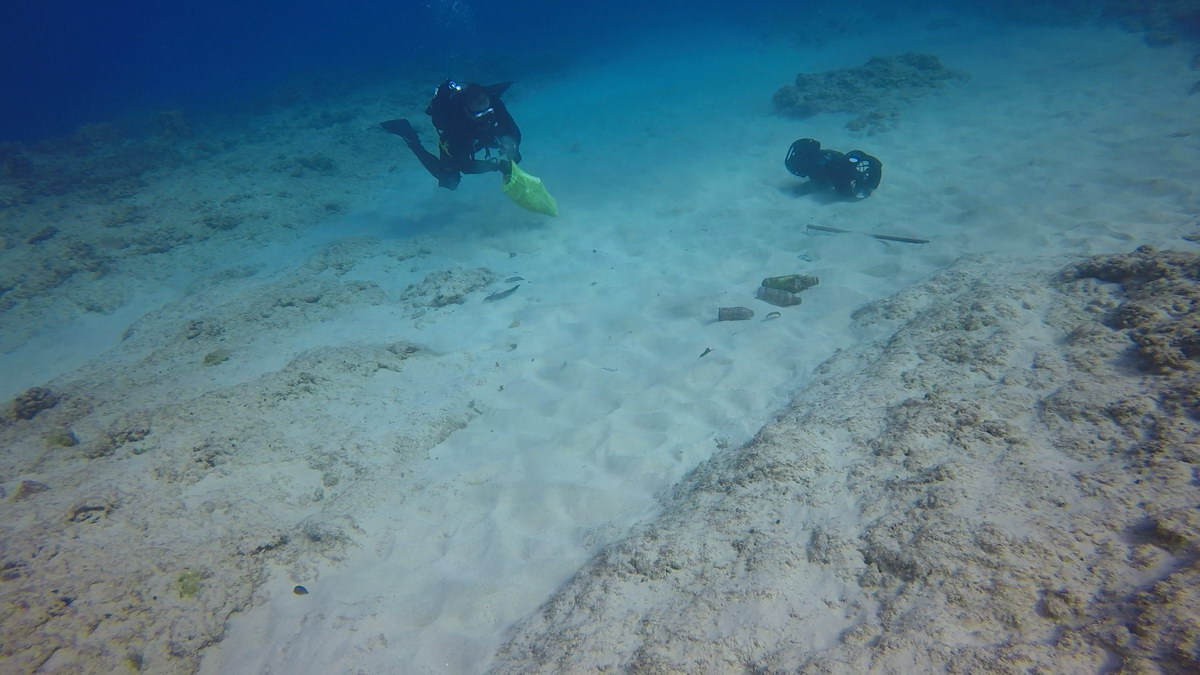 Speaking of hooks, Dan Okumara found this yellow-headed Moray eel who had a hook stuck in its mouth, and no doubt died of starvation… Really sad to see such a beautiful animal die from a fisherman’s callous disregard of a living being. 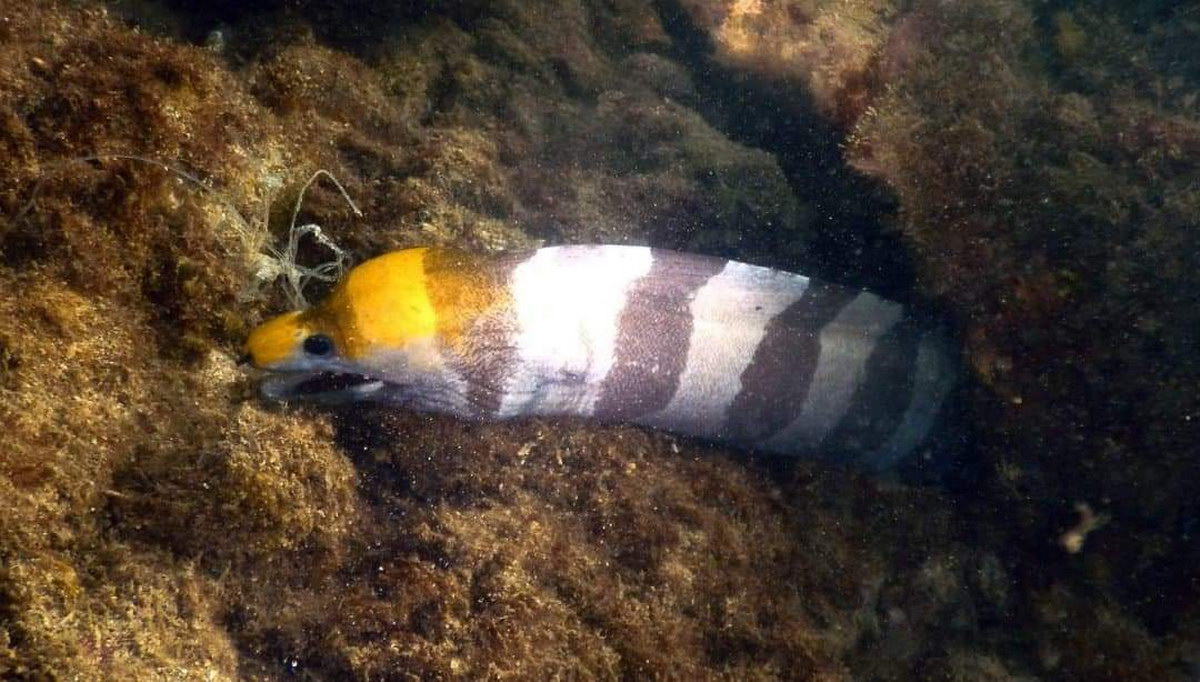 The team spent about two hours removing all they could, but they didn’t even come close to getting it all, and will be going back when conditions allow.

This is a really nice dive site and is unique in that it is so close to a major city and has a man-made wall that protects it from the big waves that occasionally hit this side of the island.  The wall has several breaks in it that allow good water flow in and out, plus some large animals can get through those openings to enjoy the calm waters inside the lagoon, including green sea turtles. 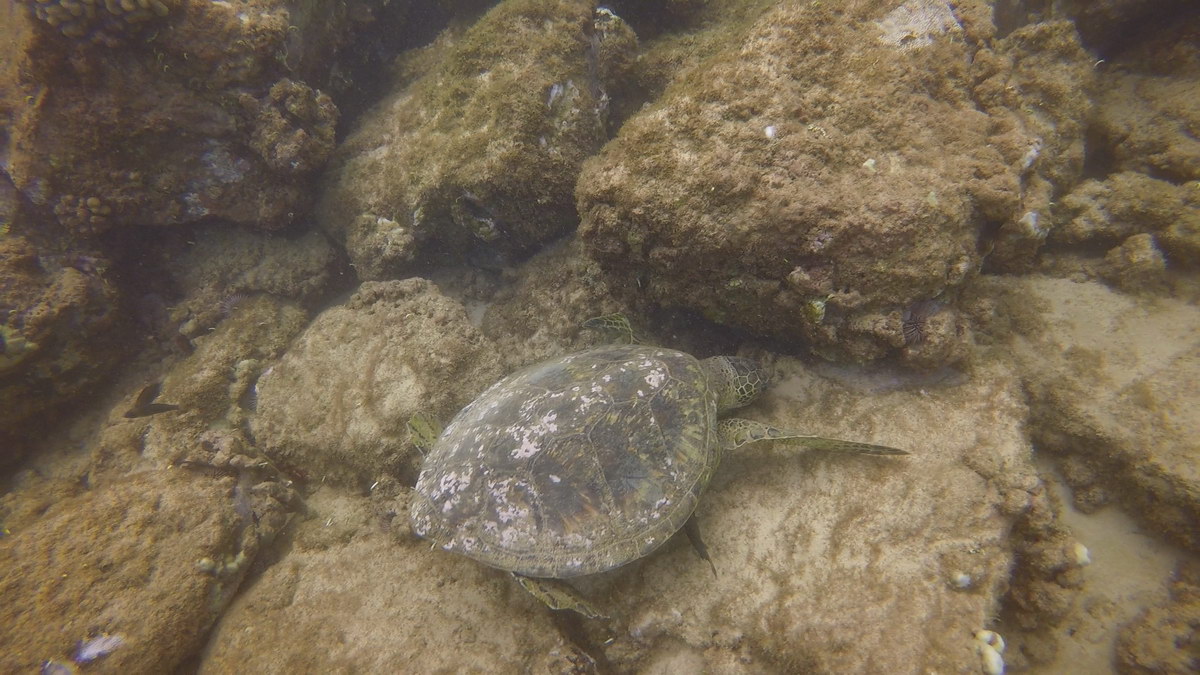 In all, our team removed about 300 pounds of debris and roughly 2000 feet of fishing lines. 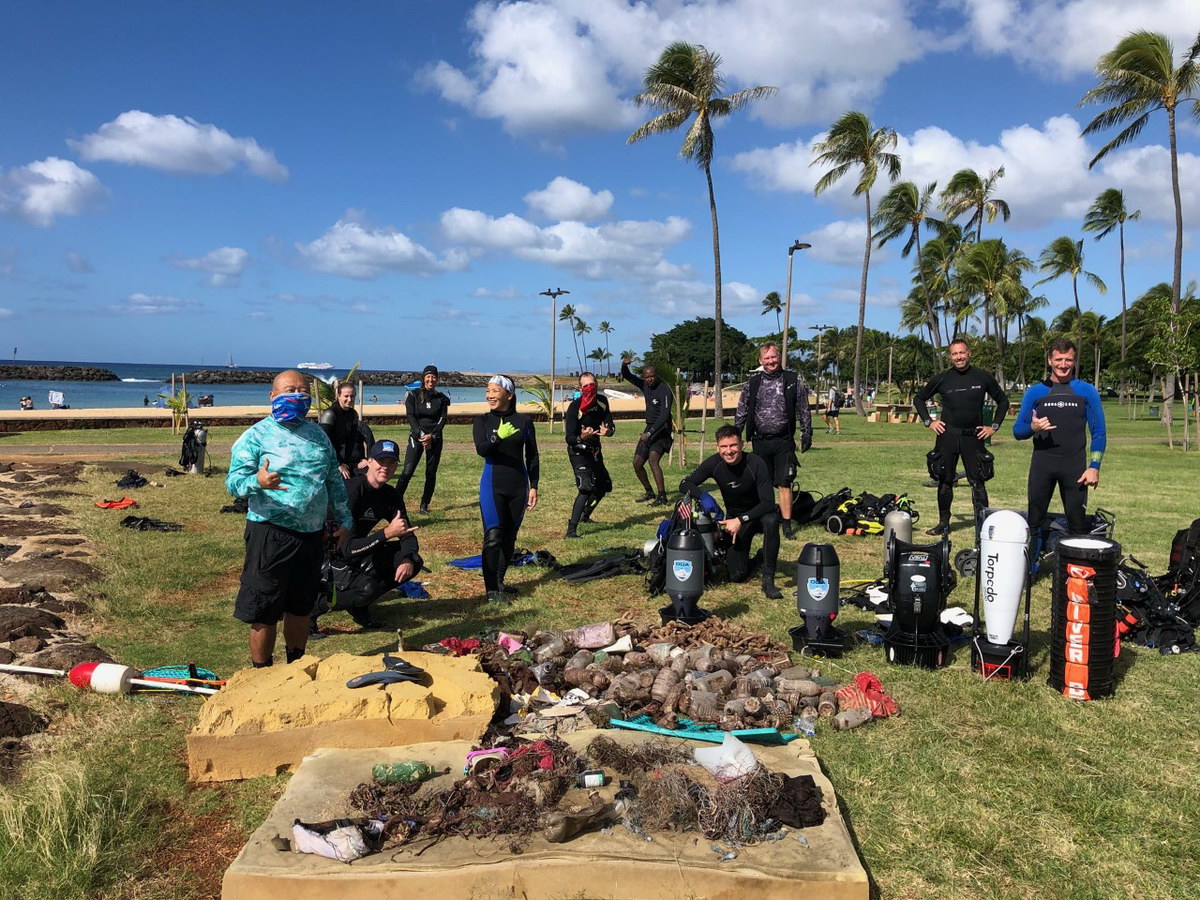 Pile of nets in the water

A week later, on December 5th, our partners at Island Divers Hawai'i came across a huge bundle of nets floating in the water just outside the harbor called Hawai'i Kai, where their dive shop and boats are located.  It was too big for them to haul in, so they grabbed what they could, hauled it onto the boat, and are going to give it another try this week.

Check out what they removed – about 250 pounds!

We sure hope they can locate and remove the remainder as no one wants the rest of that pile to end up getting snagged on a reef or getting caught up in someone’s boat props.

Way to go ODA-Hawai'i! We look forward to hearing how you did when you went back to get the rest of what’s at these two debris sites.

Want to learn more about ODA-Hawai'i? Check out our website section dedicated to these beautiful island waters and the wonderful ODA volunteers who care for them!