After months of patiently waiting (well, maybe not too patiently) to get back out on our partner Island Divers Hawaii's boat, it finally happened on Sunday, December 13th!

ODA Oahu coordinators, volunteers Ken Staples and Glenn Roberts, led a core team of divers for a much-needed underwater cleanup of Spitting Caves, which is on the southwest side of Oahu.  It’s been five long months since we’ve been out to the site. 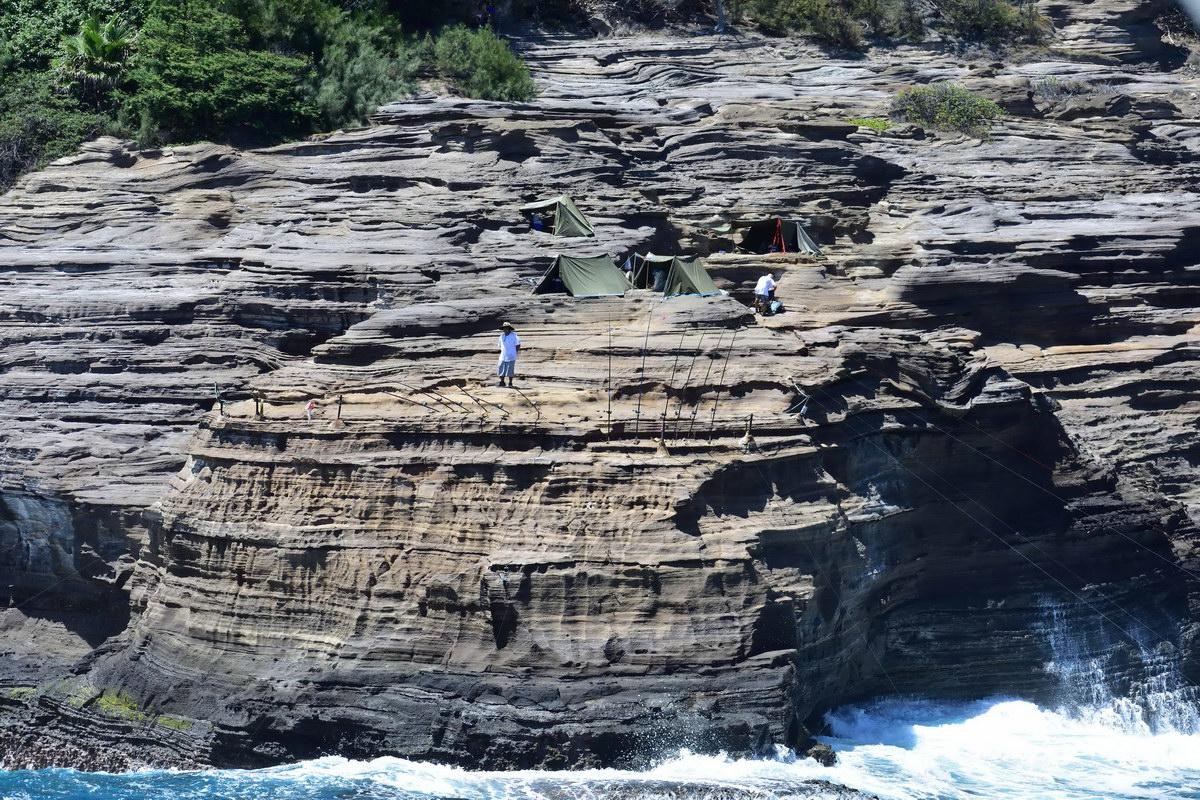 Because of the COVID-19 related shutdown throughout the islands, a lot of people have been fishing off the cliffs because most boats weren’t taking fishermen out.  So, we just knew the underwater reefs would be littered with fishing lines! 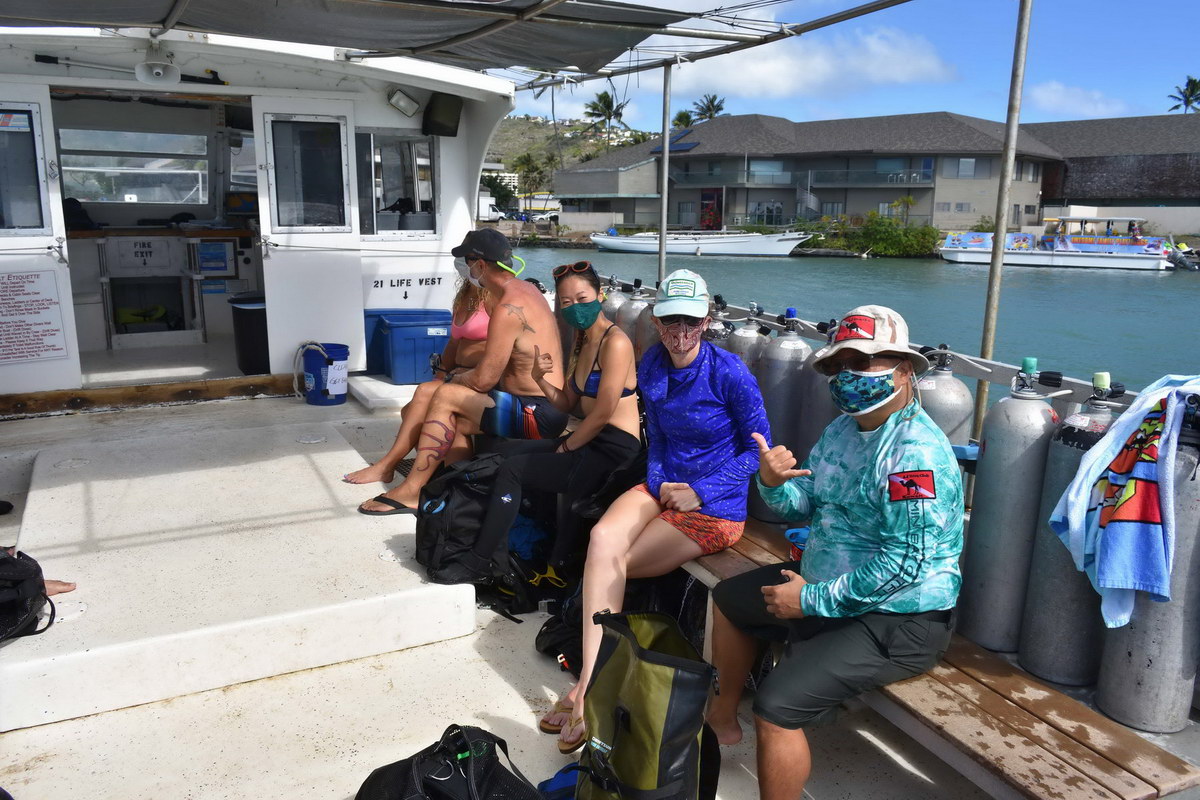 Captain Matt and Ted Hollandsworth crewed the Sea Fox and motored out the ODA volunteers to the dive site. 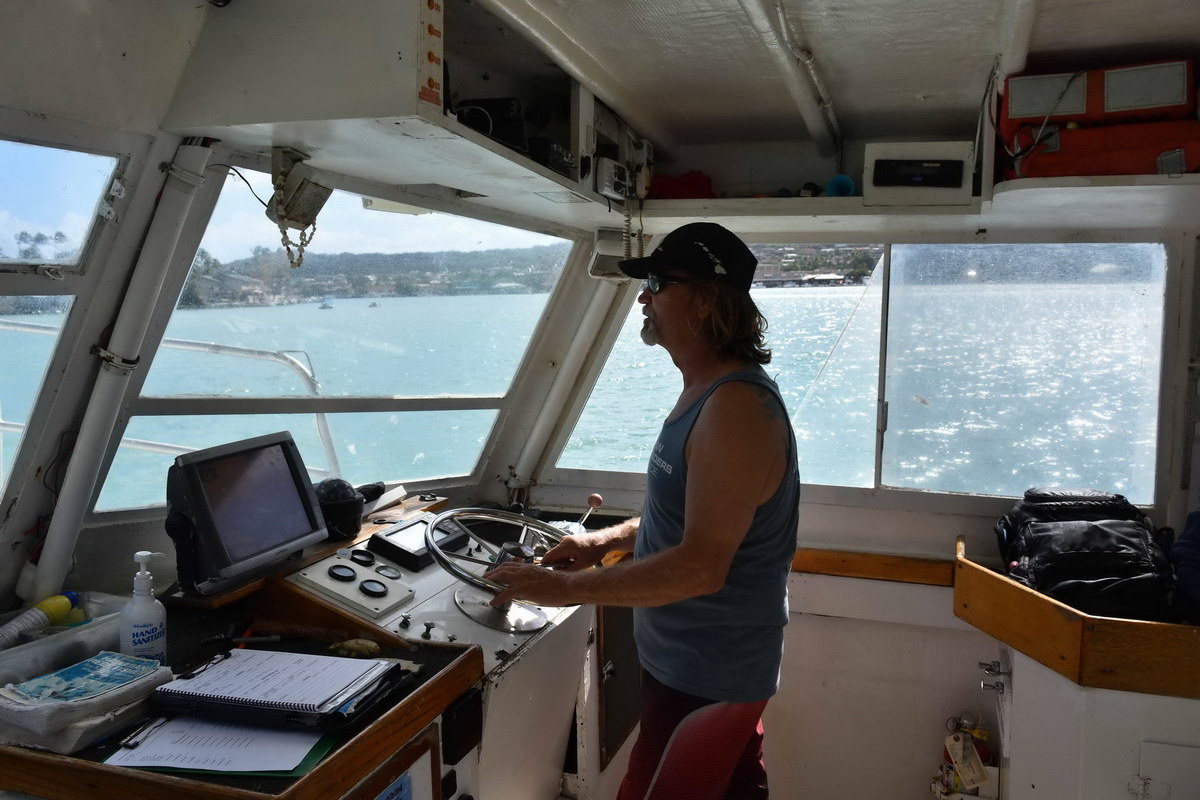 The seas appeared to be cooperative and inviting.  “Appeared” being the operative word.

The divers were dropped right near the cliffs, and descended to the 50-foot bottom, where they broke up into two teams.  Six in one team and four in the other.

When they got to the bottom and checked their gear, they found that things weren’t quite as calm as they were on the top.  In fact, the current was just howling.  Check out how the current was blowing the lift bag and bucket to its whims… 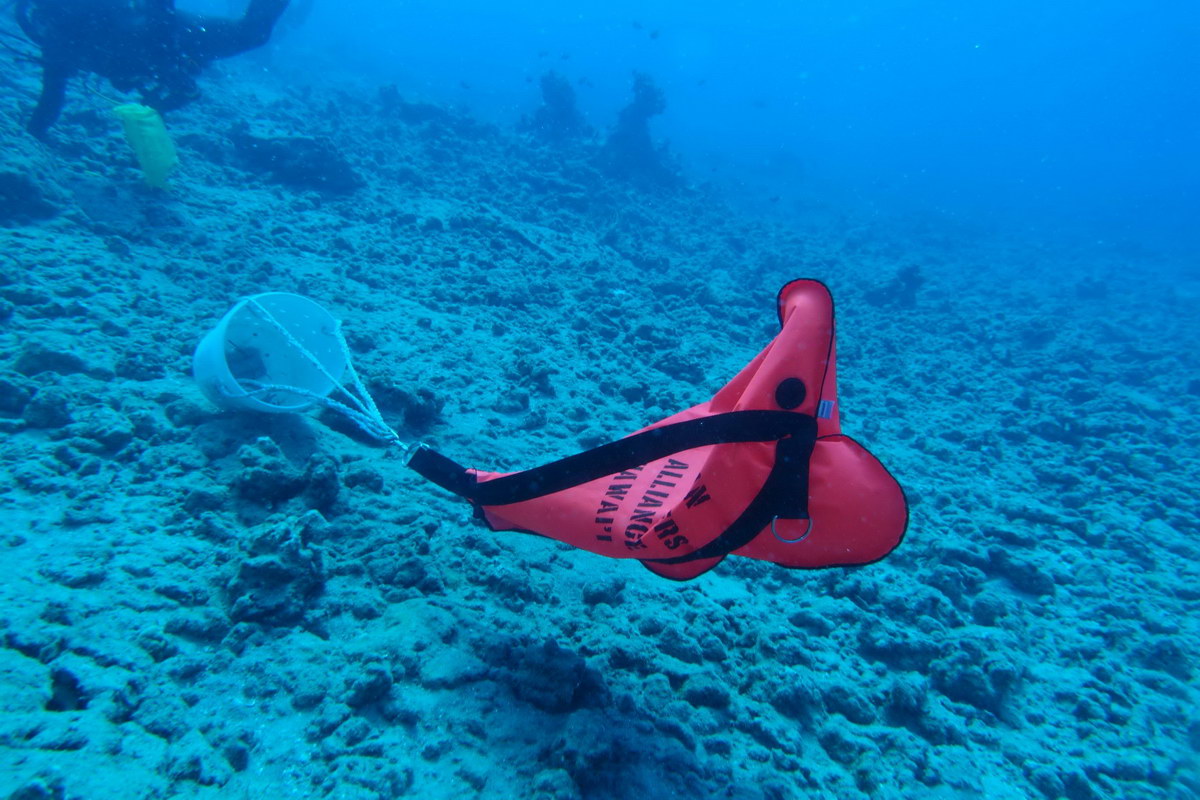 Both teams headed into the current and started focusing on cutting and removing as much fishing line as they could.  Because the current was so strong, they knew they’d have a hard time lifting and controlling the collection bucket if it had our normal amount of fishing weights in it.  This would typically be between 50 and 150 pounds. 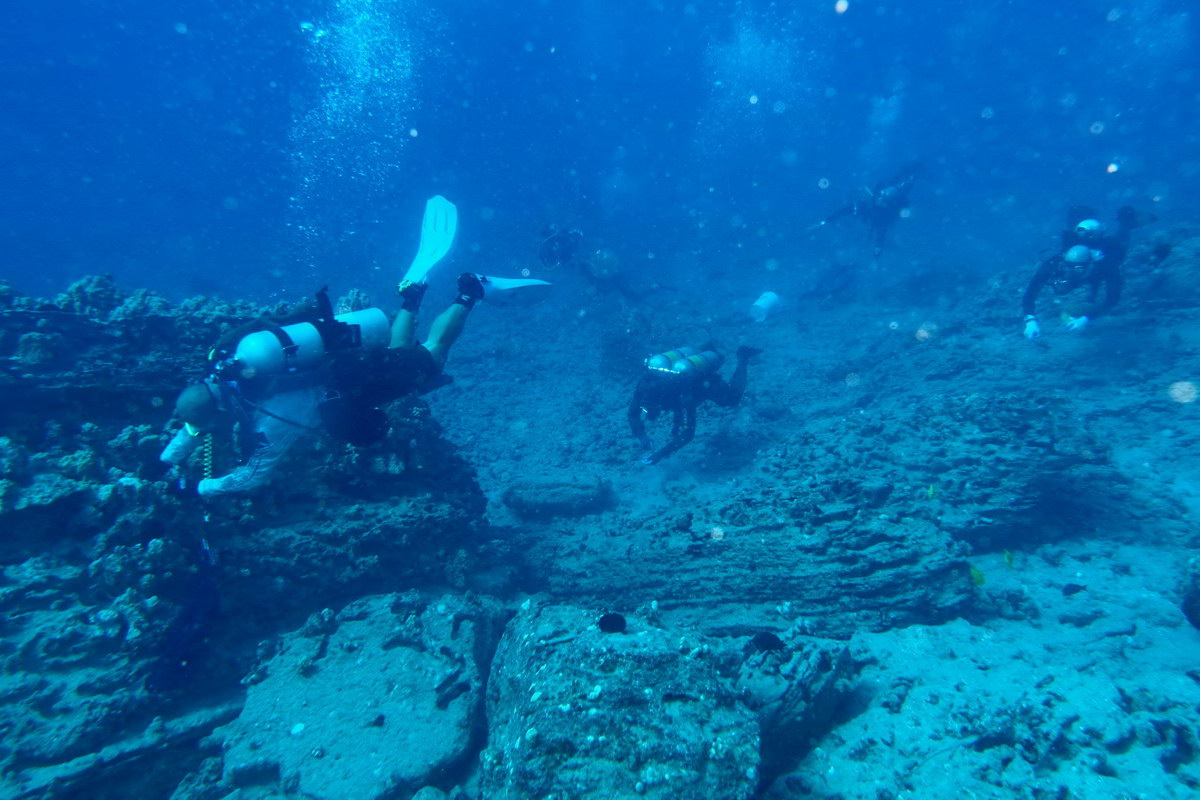 So, when they found some line, they cut the weight off and hauled in just the lines knowing that they can go back for the weights on the next dive. 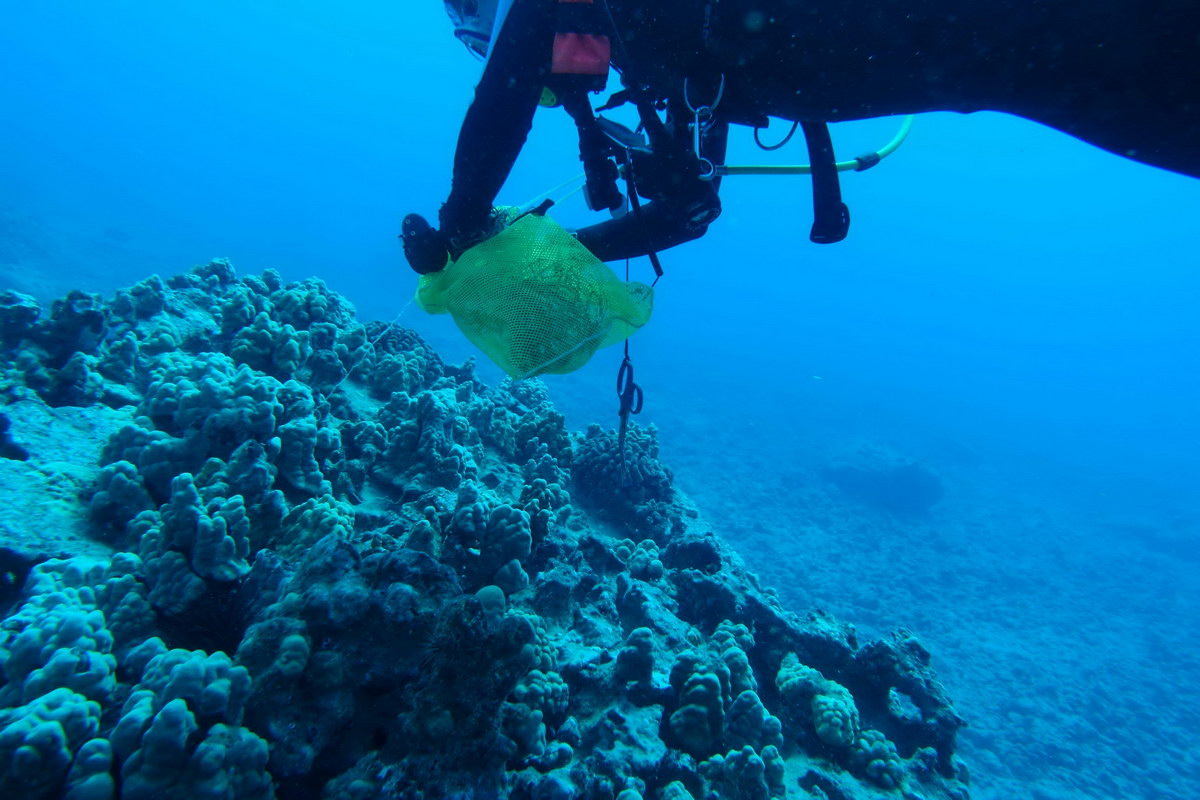 At the end of their one-hour dive the teams ascended and were astounded that it was perfectly calm on the surface as they climbed aboard the boat.  Crazy seas!

On the ride back everyone was talking about what a wild dive it was and were pumped that they were able to remove so much fishing line.  All kinds of critters get tangled in that stuff: Honu (turtles), eels, fish of all sorts, even manta rays. 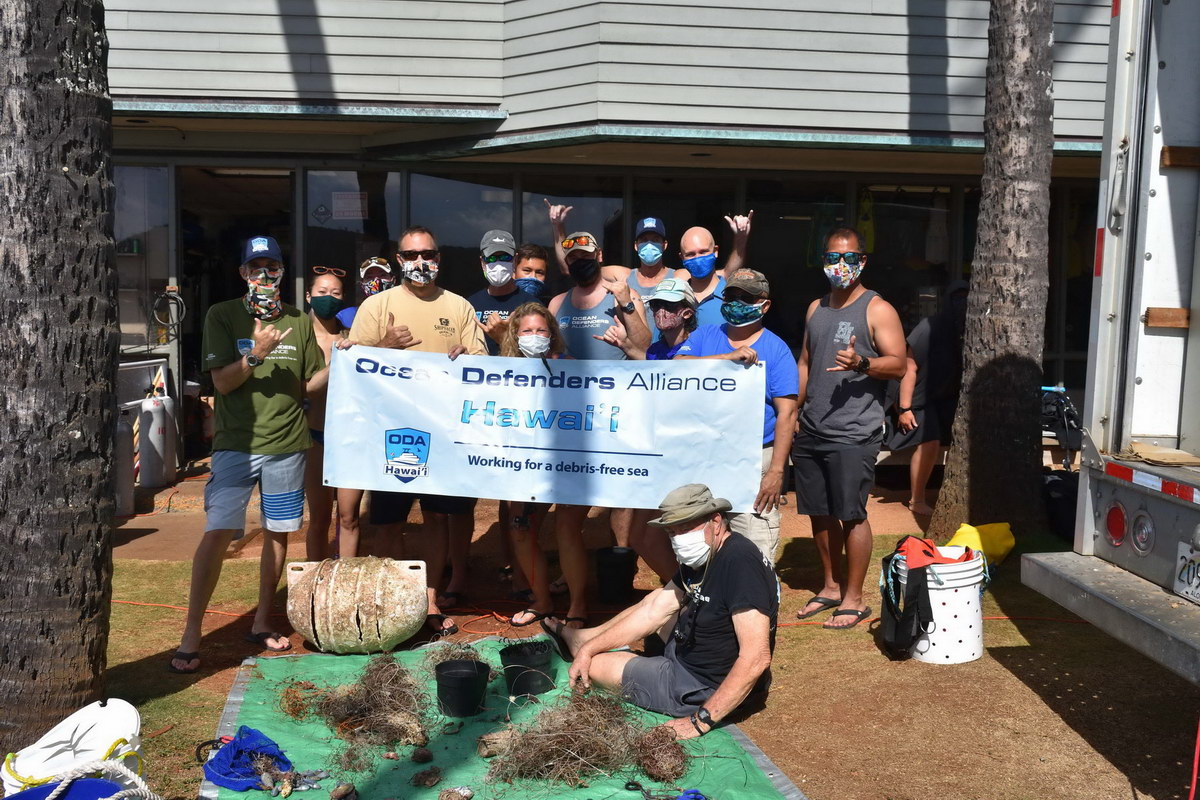 So now, there’s about 3000 feet of that killer debris that is out of the water for good.  Way to go ODA Team Hawai’i!!

As we approach the end of the year, your support is more important than ever to keep our boats heading out to see in the new year, collecting and properly disposing of hazardous ghost gear! Please help us keep marine wildlife safe in 2021. Thank you!