Tracking Traps in Order to Give Whales Safe Passage

The official opening day for the commercial lobster fishery was Wednesday, October 7th.  Knowing that, Jeff Connor, Jim Lieber, and I took the ODA flagship LegaSea out of San Pedro harbor and headed up the coast to document areas where we saw dense clusters of trap buoys.

Why are we tracking traps?

In the battle to put an end to the injury and death of marine life – especially whales – ODA is building a dataset of information which will show when and where high concentrations of traps are being set every year. Whales’ wingspan is about 50 feet which means they cannot easily swim between two lobster traps that have their lines floating up to the surface.

Our project is called Trap Trackers.

We’re providing this information to inform the public because you need to know what your beloved whales are facing as they traverse our coastlines! We’re also sharing this data with the agencies that deal with these fisheries (NOAA and the California Department of Fish & Wildlife) to help them devise workable solutions that will prevent whale entanglements in the near future.

Our team is putting the data we’re collecting on maps that will show the sites that have legally set traps close together in the whales’ migratory paths. 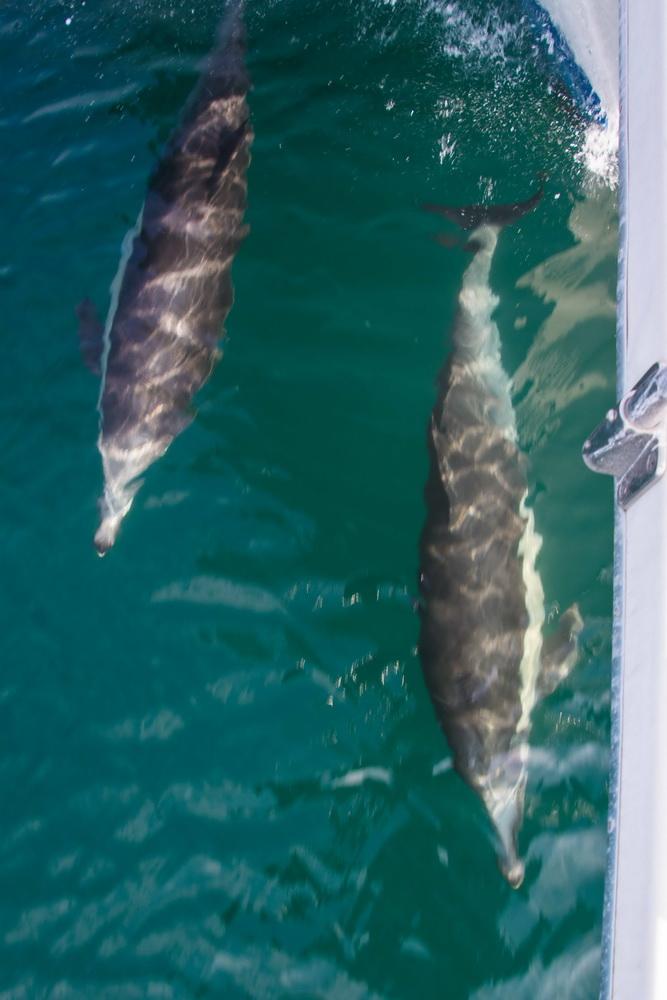 We had gorgeous weather, with seas that looked like glass.  We were treated to some common dolphins riding our bow for a while. It’s hard to get the full effect from the photo, but it’s a magical treat that all ODA volunteers get a big kick out of!

We continued looking for buoys floating on the ocean surface. Each commercial trap that’s set has a buoy with an identification number marked on it, so the Department of Fish & Wildlife (DF&W) and the fishermen can distinguish which trap belongs to who.  Here’s an example of what one looks like. 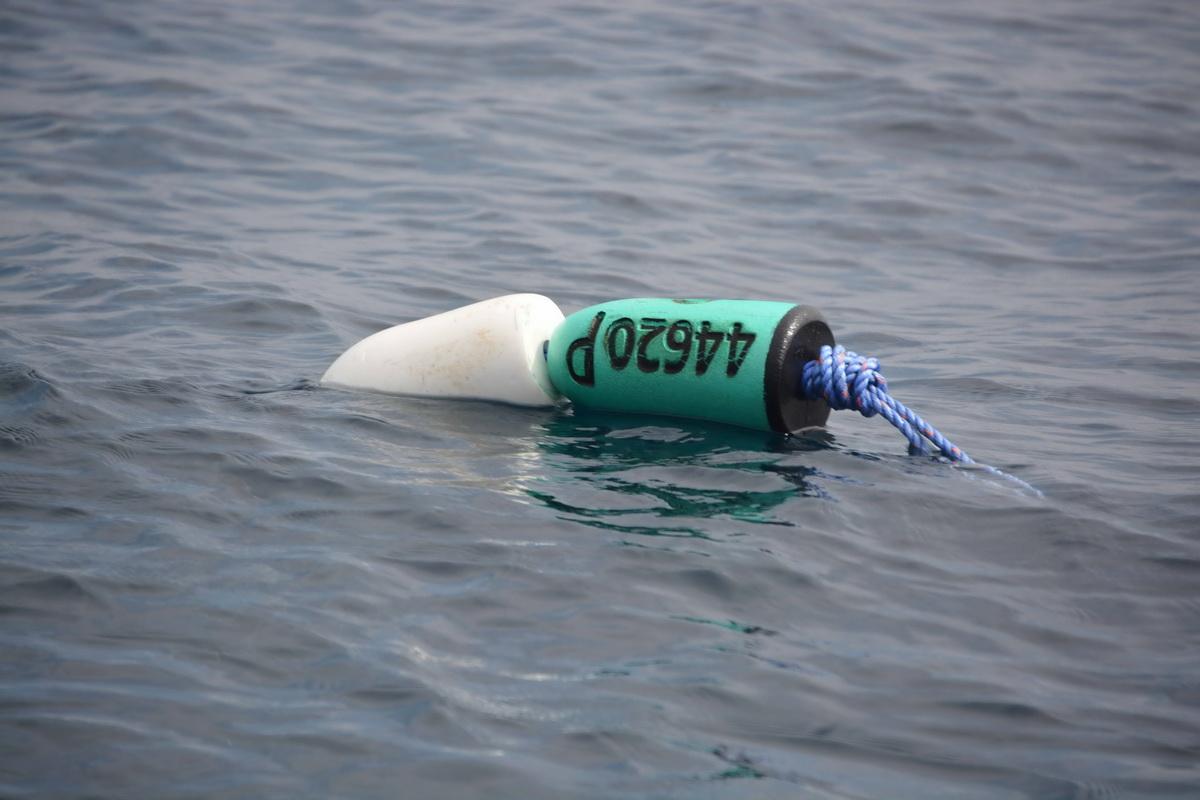 The buoys have a polypropylene line that’s attached to the buoy on one end and the trap on the other.  Those lines are 3/8 of an inch in diameter and are really durable.  Therein lies the problem for whales, dolphins, turtles, and boat propellers…

ODA has been concerned about these traps because some of them are set where we have seen gray and humpback whales over our 20 years on the water.

As we made our way to the north end of Palos Verdes, we saw dozens of lobster boats all along the coastline, as well as hundreds of buoys, if not thousands. 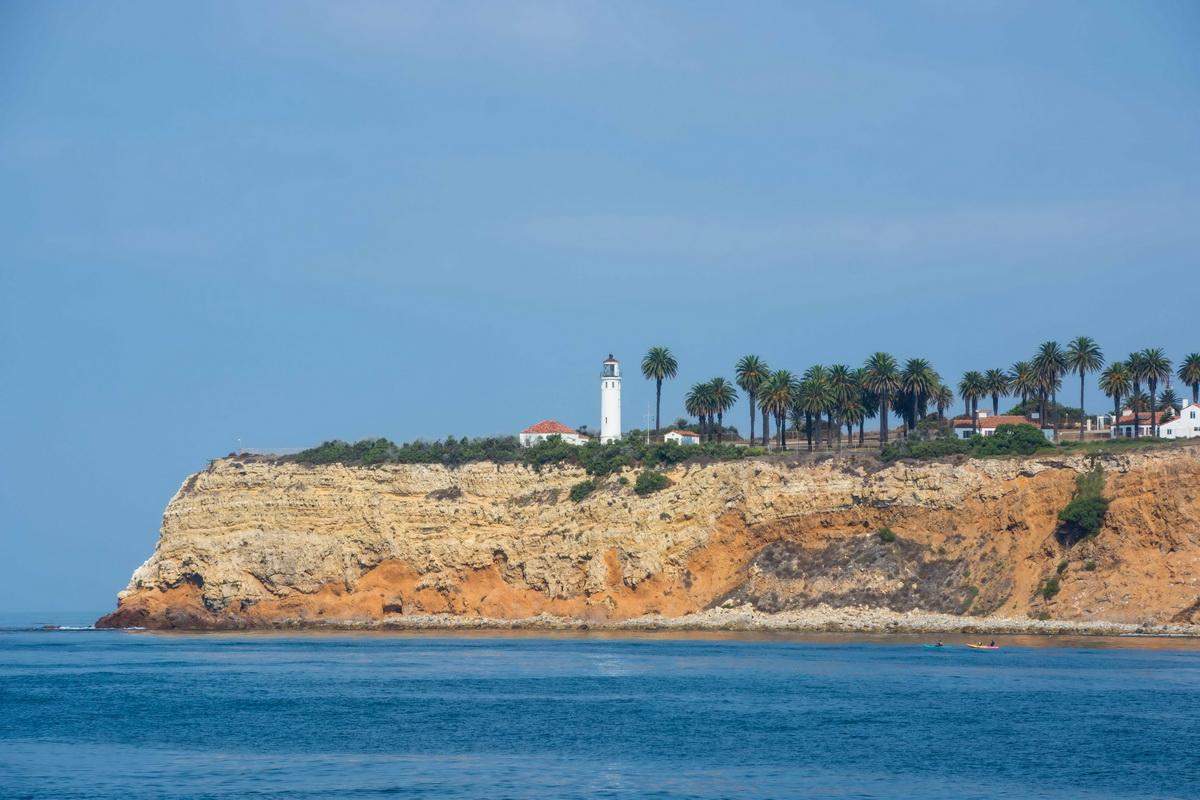 Once we got to Palos Verdes Point, we motored the boat as close as we could to the buoys and started to record each trap on our GPS unit.  Our intent is to take those GPS locations and overlay them on a map to let the DF&W, concerned scientists, and the general public know what the whales and dolphins have to navigate through.  Since whales don’t normally come too close to the shoreline, we focused on the areas that were more than 100 yards from shore. 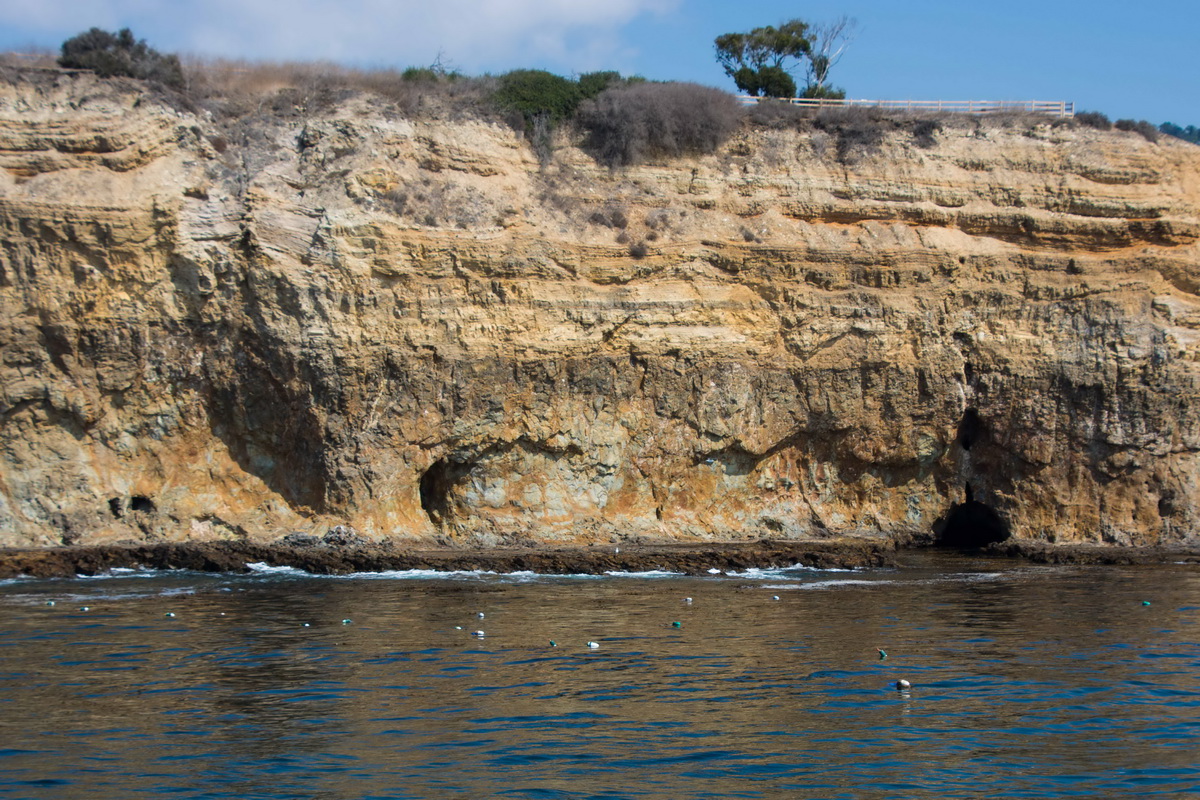 In all, we covered about 22 miles of coastline and came back with the GPS numbers for 573 traps.  There were easily 4 to 5 times more traps that we saw, but because we didn’t think they were putting whales at risk, we didn’t count them.

Our plan is to track more – from the air

On Tuesday, October 13th, a few of us got in a plane and flew from San Diego to Malibu.  Penny Elia has been working with me for months on this issue of whale entanglements, and introduced me to a pilot, Curtis, who offered to take us up in his plane to locate more sites that could potentially entangle whales.  Curtis brought along a friend of his, John, who lives in Laguna Beach and is concerned about these traps as well.  We flew at about 1,000 feet up and hugged the coastline the entire way.

Lobsters thrive in underwater habitats that are dominated by rocky reefs.  The lobsters hide from predators in the nooks and crannies of the reef.  This is where the fishermen put their traps.  At this time of year, the lobsters are generally in waters that go from the shore out to around 250 feet deep.

Below is a picture of some traps set right outside the southern border of the Laguna Beach MPA (Marine Protected Area). 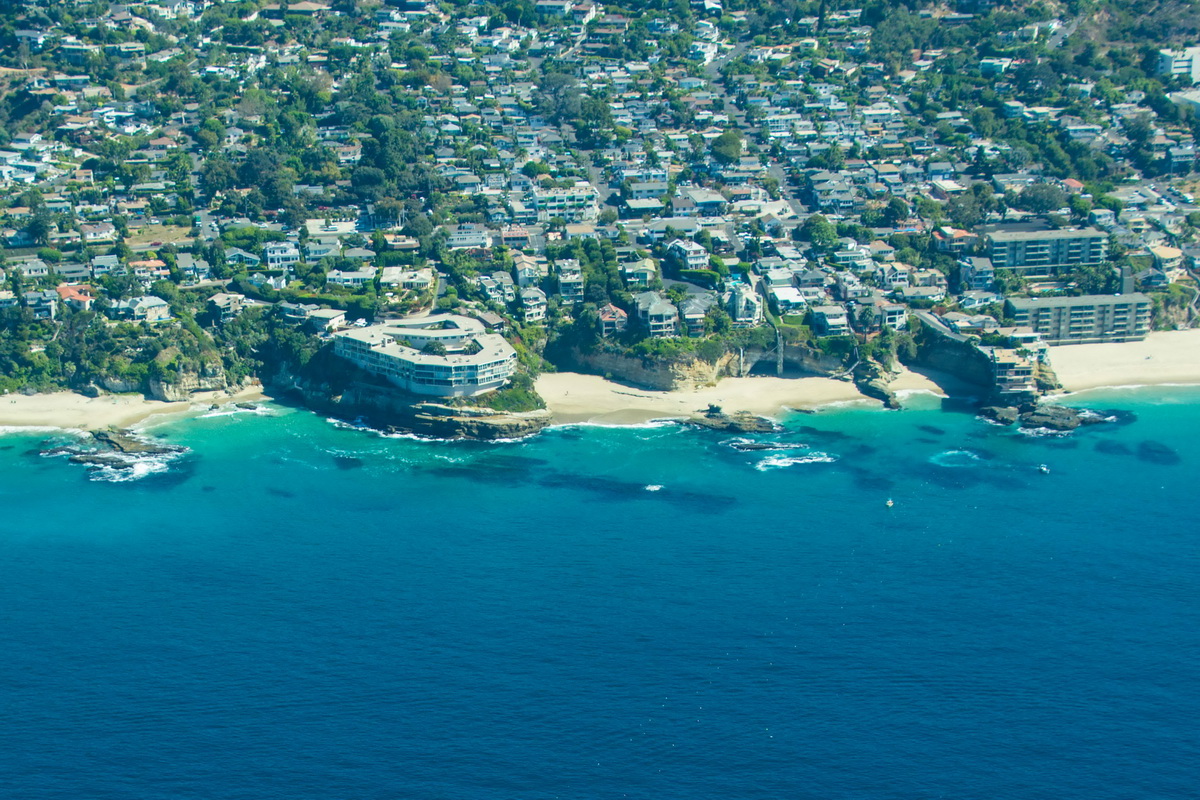 Curtis maneuvered his plane at the same height and kept us about 300 yards offshore.  We could see very clearly where the buoys were.  I kept notes on where the high concentrations of them were set and now know where to go back with our boats to get the GPS numbers for those traps.

Thanks to all who helped make this all happen!  And keep checking back with us to find out more of what we find.  We’ll be posting the maps as we create them, so you can see for yourselves where they are.

In the meantime, take a look at what Southern California looks like from 1,000 feet. Be sure to check out our Photo Gallery below with all the beautiful photos of our coastline...albeit marred with lobster trap markers. And one fun video I did because ODA was part of the Orange County giving day called Preserve & Protect. :-)

Hoping for safe passage for our friends, the whales!

If you want to be part of creating safe passage for the whales, please help fuel our boats with your support. 😊